Lewis Hamilton has joined Alain Prost and Sebastian Vettel as a four-times world drivers’ champion despite finishing back in ninth in the Mexican Grand Prix, which was won comfortably by Red Bull’s Max Verstappen.

It was Verstappen’s second win of the year, this time by 20 seconds ahead of Valtteri Bottas, with Kimi Raikkonen third.

Vettel’s fourth place wasn’t enough to keep him in championship contention. He really needed to win.

The opening lap dramatically changed the race prospects of the title contenders, with Verstappen zinging around the outside into the lead in a characteristically daring turn one move. “Simply, simply lovely,” Verstappen reported to his team as he emerged in front. Then in turn three, Ferrari’s Vettel clumsily hit the back of Hamilton’s car, puncturing the Briton’s right rear and damaging his own front wing. 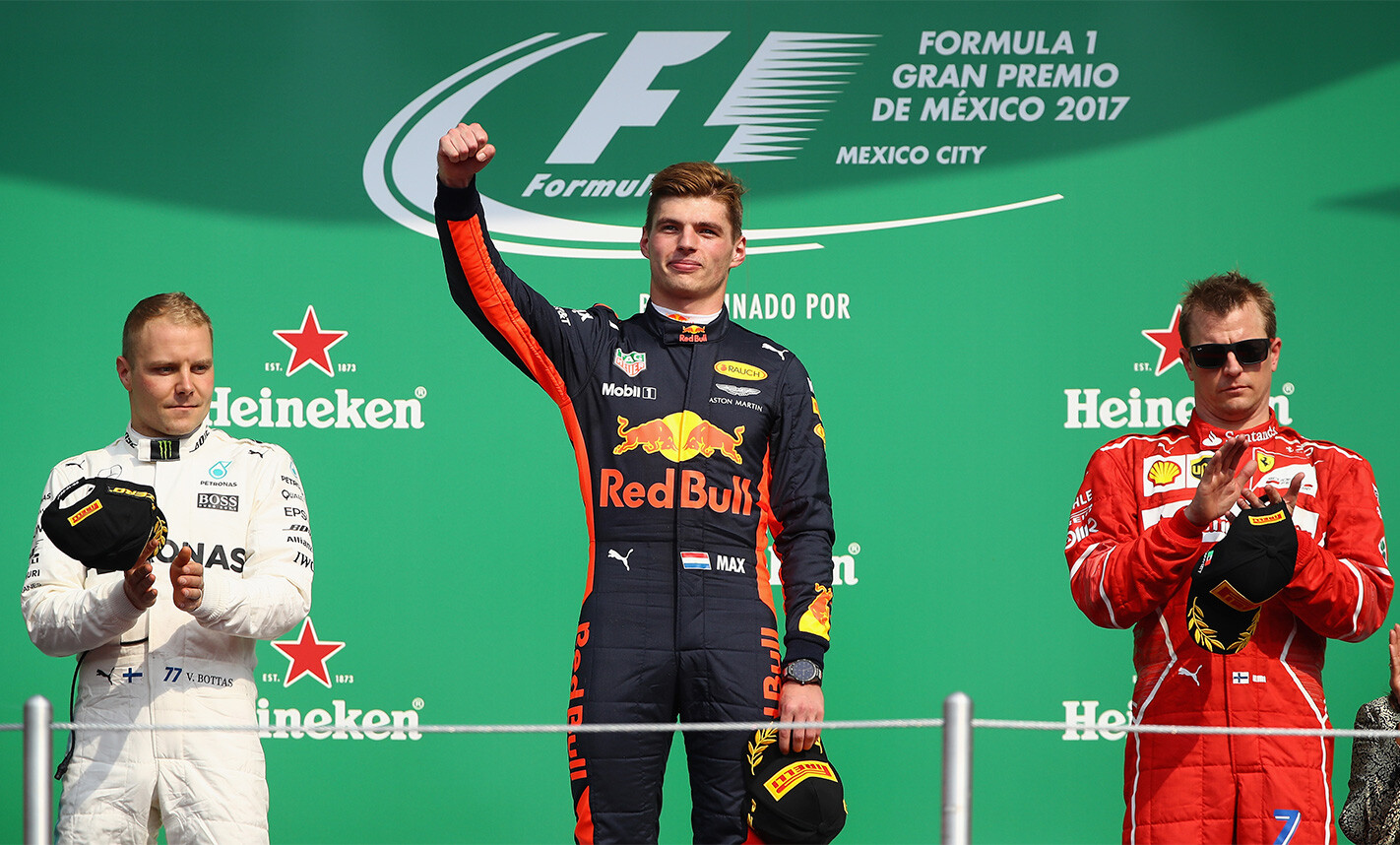 Both headed to the pits, re-joining at the back of the disappearing field with Hamilton wondering out loud if Vettel hit him deliberately.

Daniel Ricciardo’s race ended prematurely after a bizarre weekend. After promisingly topping Friday’s practice, he qualified a lowly seventh, and admitted to being confused with his car’s sudden lack of grip. Then came further bad news that Ricciardo would start 16th due to penalties for new engine parts.

Ricciardo charged hard from the start and was up to seventh on lap four.  Impressive, however just two laps later he was headed back to the pits to retire with engine failure.

Up front Verstappen edged away from the Mercedes of Valtteri Bottas, while Kimi Raikkonen worked his way up to third as Nico Hulkenberg’s Renault stopped with power unit issues.

On lap 33, the virtual safety car was called after Brendon Hartley’s Toro Rosso came to a halt – continuing a bad race for Renault-powered teams. Carlos Sainz was to follow 10 laps from the end No wonder Red Bull’s Christian Horner is urging Formula One to introduce the simpler new engines ahead of the scheduled 2021 introduction.

Vettel’s comeback drive had elevated him to seventh, and then aggressively past Force India’s Sergio Perez to sixth, but still with a mountain to climb in order to keep his title prospects thriving. Then he jumped Lance Stoll’s Williams to take fifth. And moments after Hamilton grabbed 10th, Vettel pounced on Esteban Ocon for fourth.

Even so, Hamilton would surely regain his title today. A great duel with Fernando Alonso brought Hamilton up to ninth. Which is where he finished, making him the first Briton to win four titles.

On his cool-down lap, Hamilton spoke over the team radio: “A big thanks to everyone in the team…what you’ve done over the last five years is remarkable.” 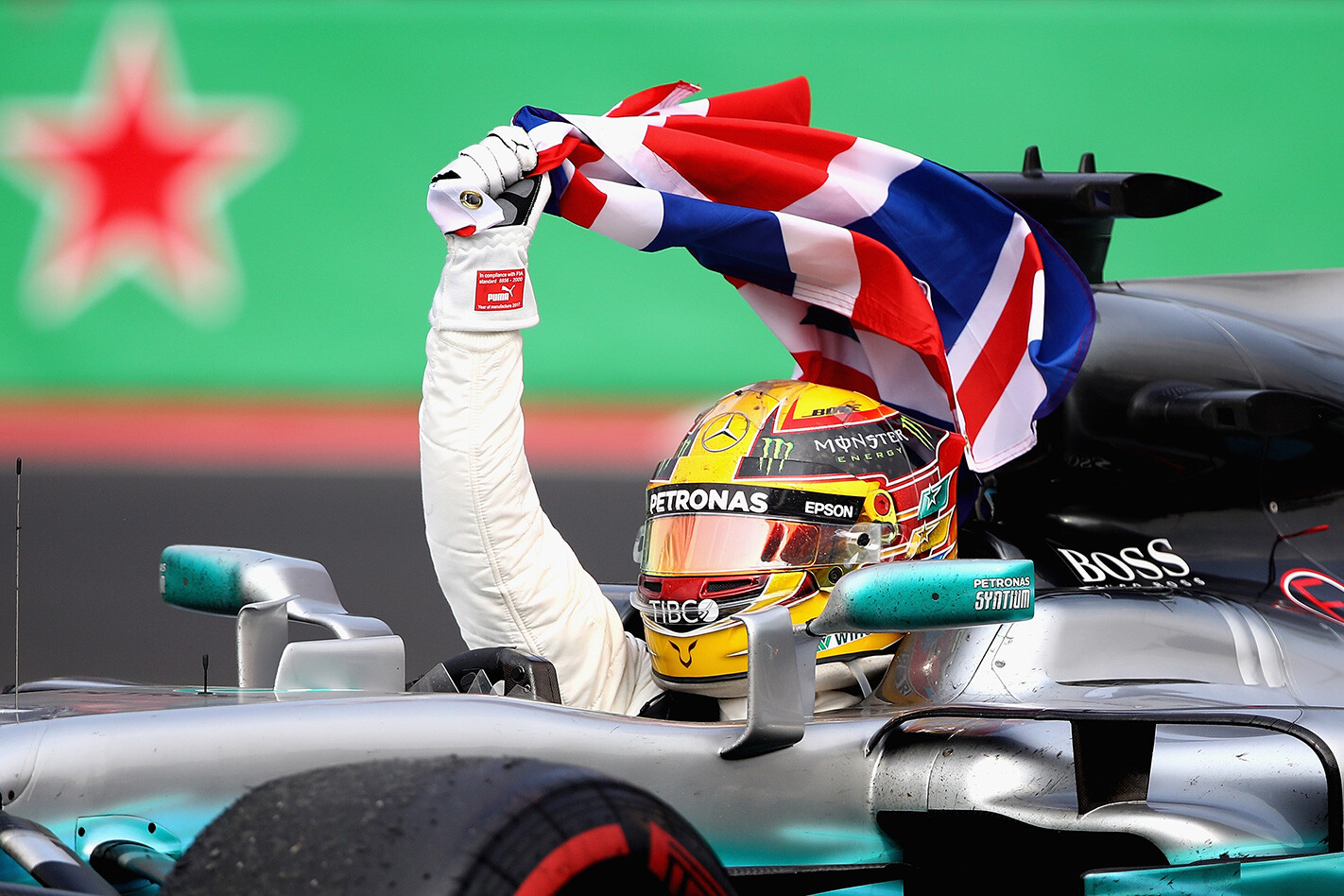 He then embraced his crew back in parc ferme.

Before taking off on a victory run along the track, Hamilton commented on the race-turning incident: “I don’t know what happened in turn three but I gave him [Vettel] plenty of room.”

Verstappen was untouchable as he cruised to a win all the sweeter after he lost a podium at the previous race due to a controversial post-race time penalty.  And his Renault kept ticking along all race.