Ever hear about Fords with Holden engines (or vice versa) and think it’s blasphemy? Well, this might make you reconsider.

Gardner Mods has built a Ford Ranger into a properly wild drift car, and the crew is taking it to World Time Attack Challenge 2019.

With about 435kW and a lazy 1220Nm, according to Gardner Mods, the truck has been under construction for a good part of 2019, with the engine having only been turned over for the first time inside the engine bay in early June. 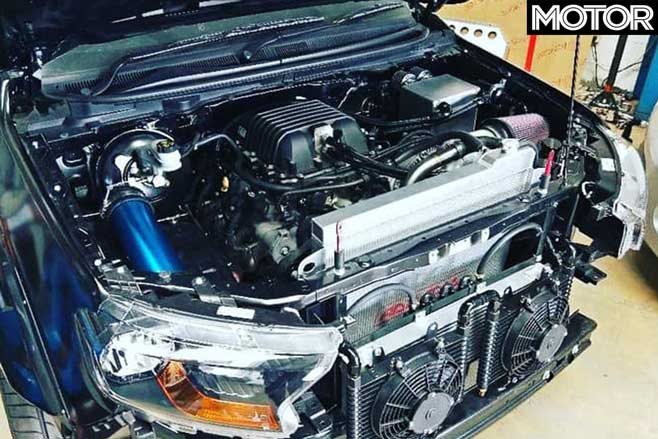 At WTAC, it’ll be seen alongside plenty of more traditional drift machines, but in the video above it was steered by Levi Clarke (who has his own S15 set to run at WTAC) during a drift morning session at Queensland Raceway.

This year’s World Time Attack Challenge takes place over the 18-19 October weekend at the usual venue of Sydney Motorsport Park.