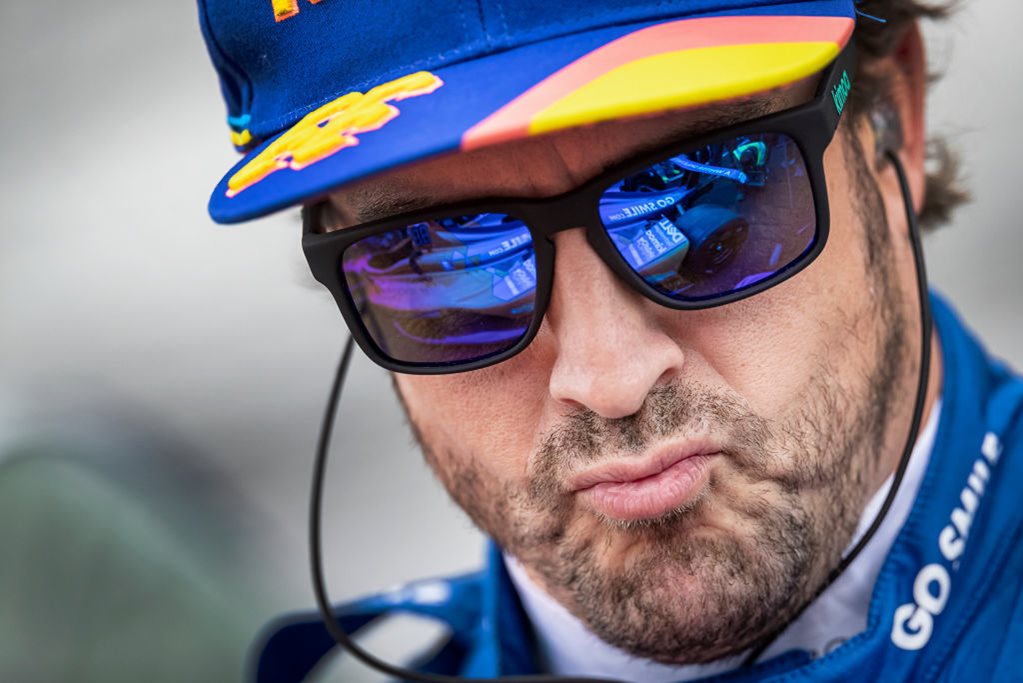 From the moment two-time Formula One world champion Fernando Alonso signed with McLaren to race at the Indy 500, the project was doomed to failure.

The Spaniard has had one goal in his life since retiring from F1 in 2018, and that’s to complete a task only ever done by one other racer – win the Monaco Grand Prix, Le Mans and the Indy 500, otherwise known as the Triple Crown.

Alonso has also attempted the Indy 500 – widely regarded as one of the biggest, fastest and most dangerous sporting events on the planet, where racers hurtle around the Indianapolis Speedway at speeds in excess of 360km/h for 500 miles (804km) – where he was in contention for the win on debut in 2017 before an engine failure (below). 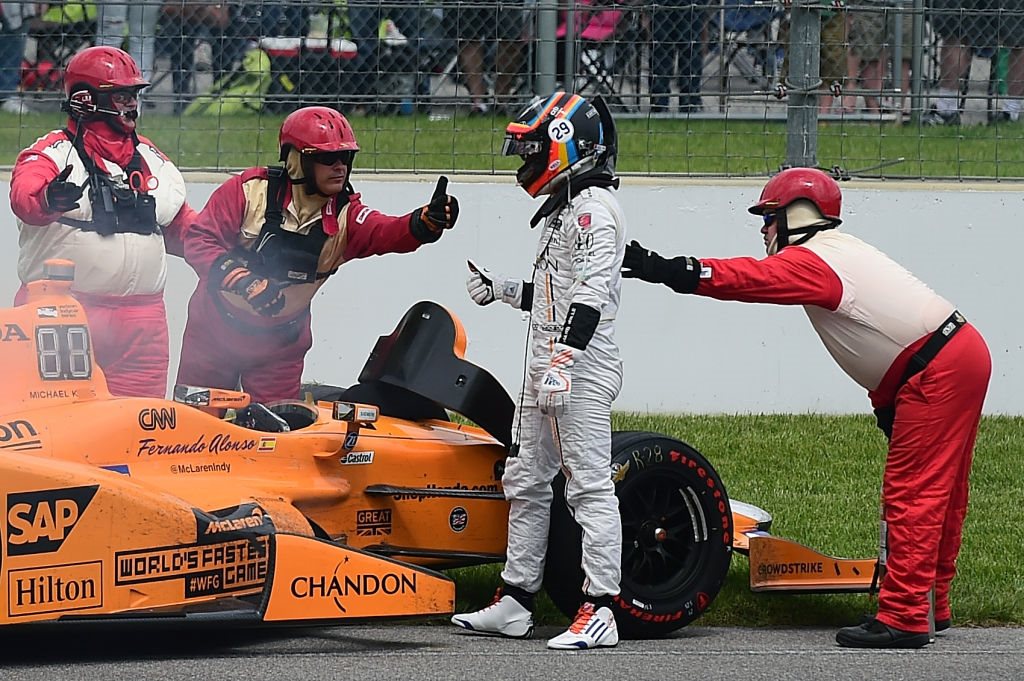 Alonso’s return to the Brickyard this year has been one of motorsport’s biggest stories. Could he achieve the feat only ever done by Briton Graham Hill (Indy 1966, Le Mans 1972, Monaco five times)?

The doubt set in almost immediately, though, when he agreed to return to the Indy 500 with McLaren, a team whose fortunes have floundered for the last five years, yet which believed itself capable of diverting sufficient attention and resources from its underperforming F1 program to running a full-scale IndyCar effort in the US.

Founded by New Zealander Bruce McLaren in 1963, the company used racing to forge its identity from its earliest days, and has thus far notched up eight F1 constructor and 12 driver’s world titles, three Indy 500 wins and a Le Mans win.

However, an ill-fated partnership with Honda earlier this decade for its F1 team, along with the rise of Mercedes and Red Bull and the resurgence of Ferrari, has seen the once-proud brand struggle for relevance. A change of management saw American Zak Brown take the helm in 2016, but its fortunes have scarcely improved since.

And the embarrassing inability to even place Alonso in the 33-car field for next weekend’s 103rd Indy 500 will go down as one of its most glaring failures. 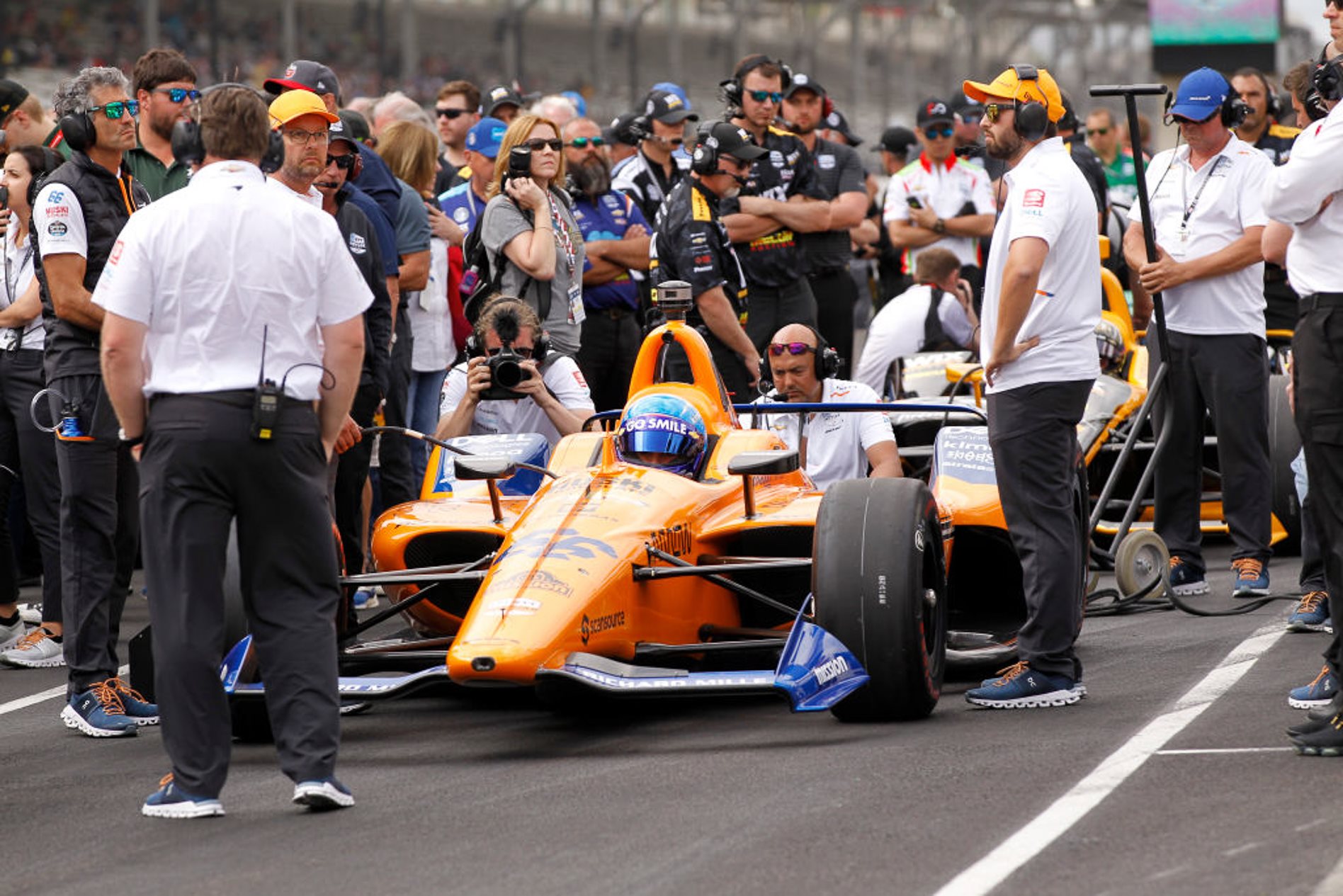 McLaren partnered with Carlin Racing from the UK to create a two-car team for the 2019 IndyCar championship, with the plan to add a third car to the team for the Indy 500. Alonso is an enormously popular driver in the US, ensuring that the car would actually make a commercial profit for the team, such was the volume of sponsorship that flowed in.

However, the first alarm bells rang for McLaren when, a week out from the first test for the Indy 500, the team discovered it hadn’t ordered the bespoke steering wheel needed for the third car.

Brown himself was forced to source a wheel from the UK and personally arrange for it to be shipped directly to Texas in time for the test. It didn’t arrive until mid-morning on the first day.

While the steering wheel was the part that was missing, it pointed to systemic planning and resourcing errors leading to the biggest event of the year.

“That’s where this whole thing fell down, in the project management,” Brown told AP. “Zak Brown should not be digging around for steering wheels.”

It thusly went from bad to worse. When the team got to the Indy track for practice, the cars were slow and tricky to drive. Alonso compounded the problems by viciously crashing out on the second day of the week-long test and qualifying period – but that crash revealed an even greater depth of unpreparedness.

Most teams have access to a spare chassis, and McLaren has earmarked a road-racing version of its Indycar to use in case of trouble. The only problem was that the chassis was still in a paint shop 30 minutes away from the track… because it had been painted the wrong shade of orange.

The team took a day and a half to rebuild the car. Other racers in similar situations had a spare on track within four hours.

On the back foot, Alonso was bumped out of the starting field of 30 by the slimmest of margins but had one more shot at scoring one of three extra slots the following morning. McLaren team members went cap-in-hand to its rivals for new parts, including shocks and tyre pressure sensors, to bolt to the car for the do-or-die bump session – but incredibly, McLaren engineers forgot to convert imperial measurements to metric in their rush to rebuild the car. 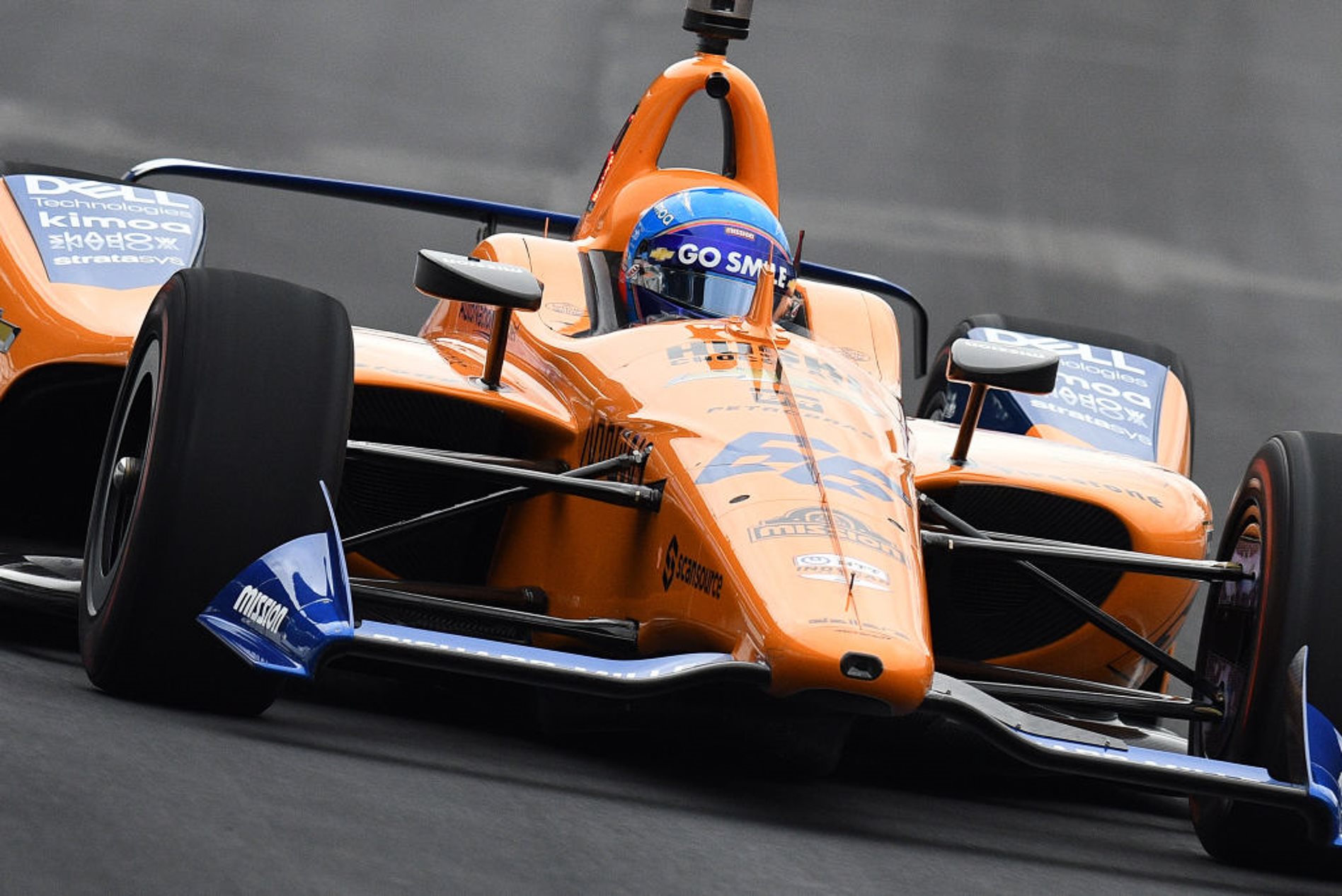 As a result, Alonso was forced to qualify at the world’s fastest race track without knowing if his car would stay under him at 360km/h. He failed to qualify by 0.03km/h (qualifying is determined by a four-lap run where the speed is averaged), qualifying 34th and missing the cut.

The team then discovered that the final gear ratio in Alonso’s McLaren was too short, restricting the top speed of the car by 3km/h. With the correct ratio on board, Alonso would have made the field.

All told, it was an unmitigated disaster. The team’s head of operations was dismissed soon after the conclusion of the Sunday session, but the blame does not rest solely with one person.

“I should have been closer to Indy but I could never compromise Formula One,” Brown told AP after the session. “At 9:01 in the morning when we weren’t on track at the first test, that’s when we failed to qualify for the Indianapolis 500. I am angry at myself because I was uncomfortable all the way up to the first test and I should have followed my instinct to get more involved.”

“I want to apologise to fans not only here in the US but globally,” team manager Gil de Ferran (below with Alonso in 2017), a former Indy 500 winner himself, told a packed media conference after qualifying. “I want to apologise to [Alonso] as well. We didn’t give you a car that was fast enough and you still drove like the champion you are.

“This is a very difficult sport. We certainly didn’t underestimate the challenge. We’re certainly aware of how difficult it is. In my 35 years of racing, this is the most painful experience I’ve ever had.” 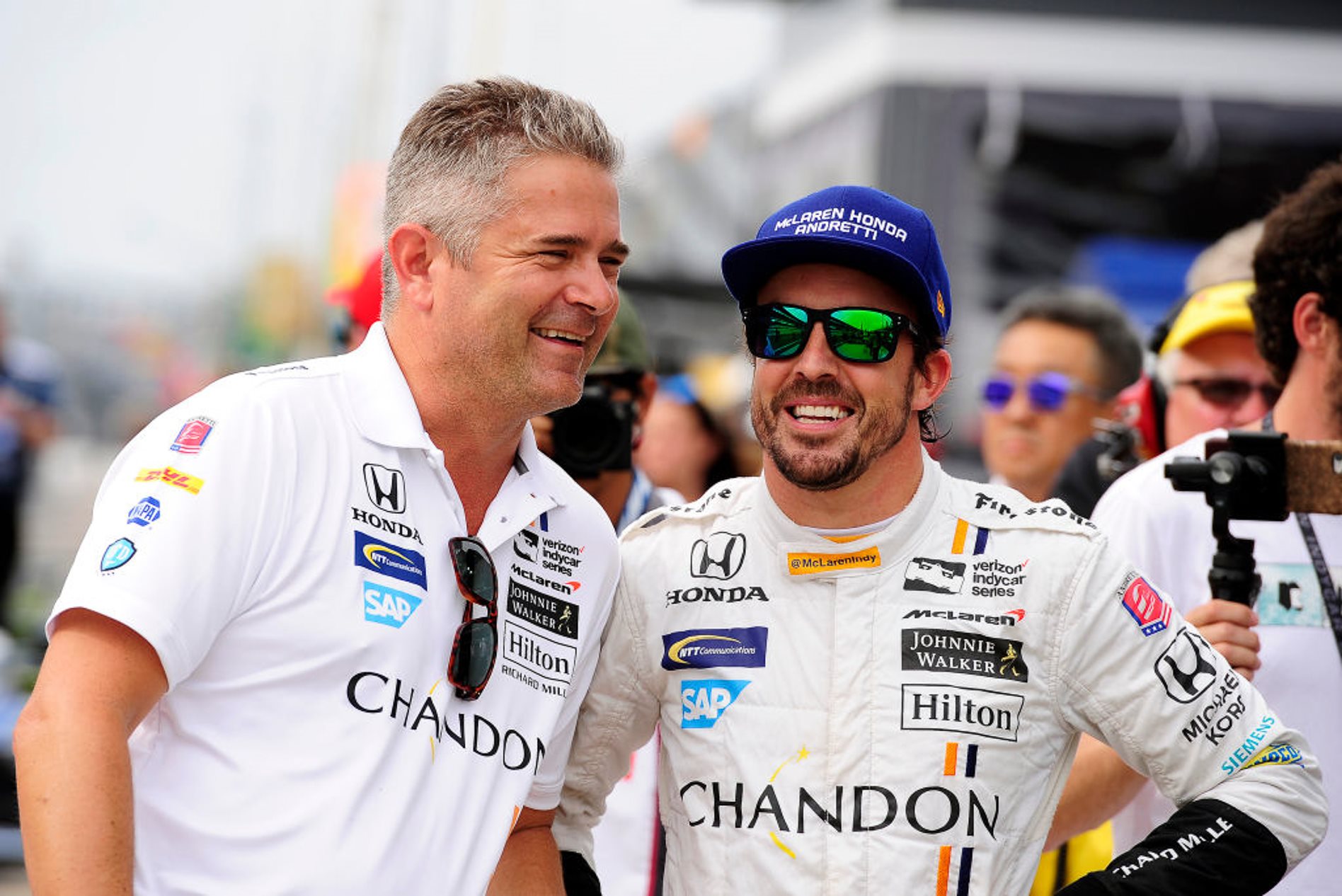 Alonso himself says he’d be happy enough to race at Indy again. “I don’t even know what I’m doing next year,” he said. “I finish my endurance racing program next month at Le Mans, so I’m not sure what I’m going to do.”

In the ultimate irony, McLaren will host 150 guests at its (pre-paid) hospitality chalet over the weekend, despite none of the team’s three cars making the field.

Will Fernando Alonso even return to attempt the Triple Crown in 2020? I’d like to think so, but the sour taste of his 2019 program will linger – and the very real risk of injury may see him decide to call time on his racing career.

It’s a sad and sorry debacle that has further damaged the once-great Mclaren racing legacy and has severely embarrassed one of the world’s fastest and most versatile racers whose relationship with the English company must now surely be beyond repair. 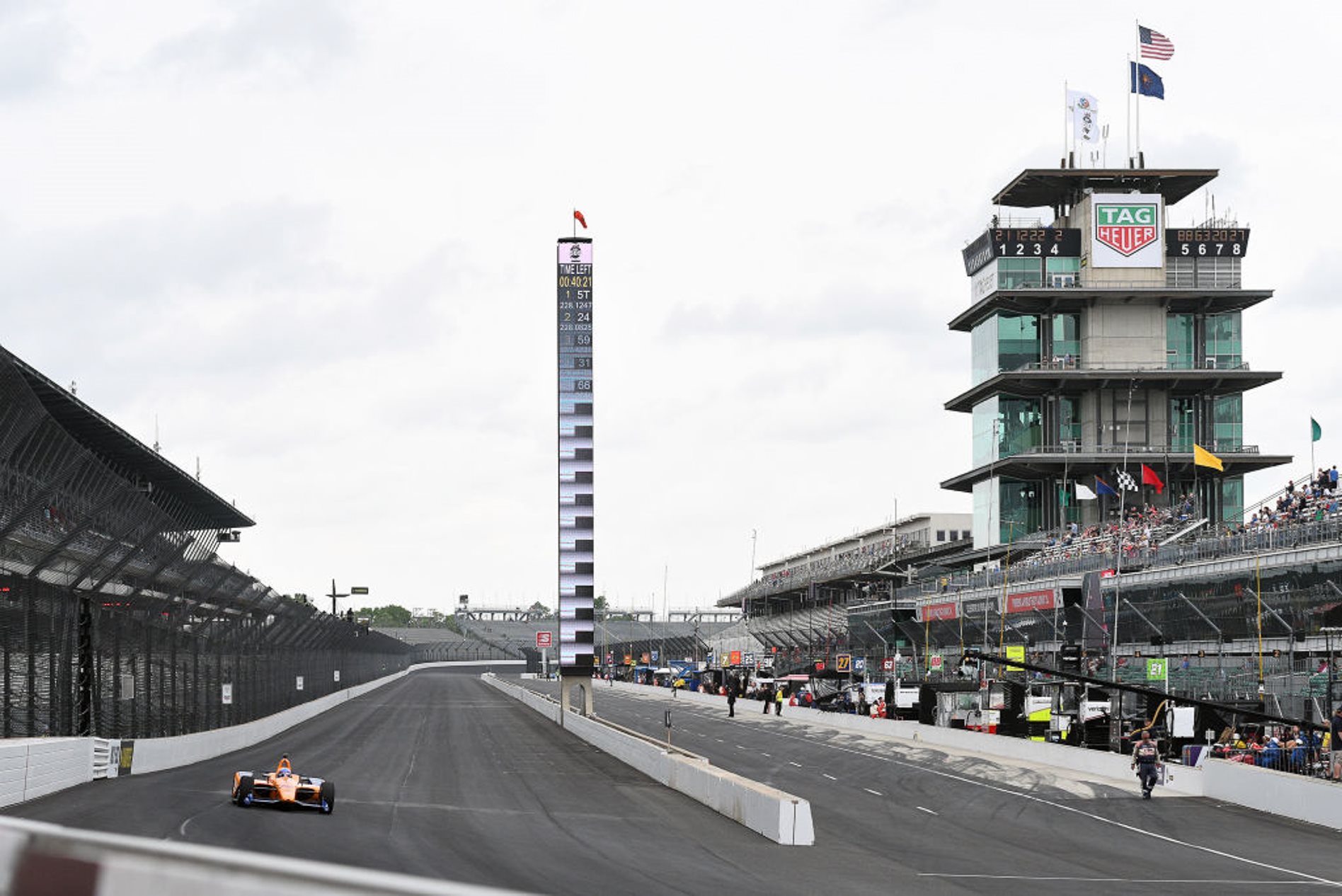 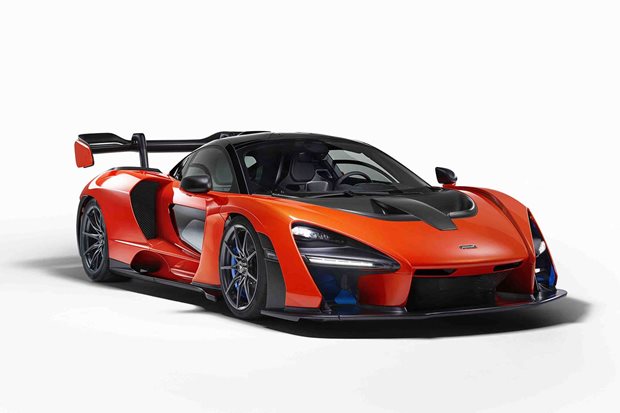