Sebastien Ogier takes win in Spain, and another WRC title

The Frenchman is supreme on gravel, ice, snow and asphalt.

The Frenchman is supreme on gravel, ice, snow and asphalt.

Ogier will start the next round in Great Britain and the season-ending Kennards Hire Rally Australia next month having clinched the title again . He has shown his dominance on every surface. 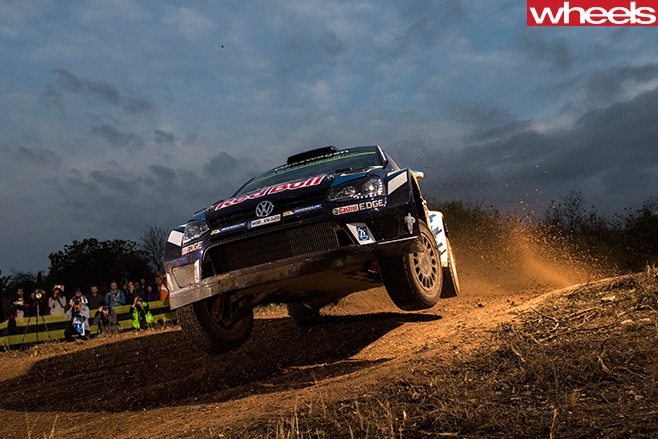 A mixed surface event held on gravel and asphalt, Rally de España was a tricky one this year, especially on Friday when the dirt turned to mud after heavy rain.

After a day of competition in the slop, mechanics had to on convert the cars from a gravel to an asphalt set-up in just 75 minutes. In the case of VW, they had to replace roughly 1400 individual parts in 13 modules per each Polo R WRC car. 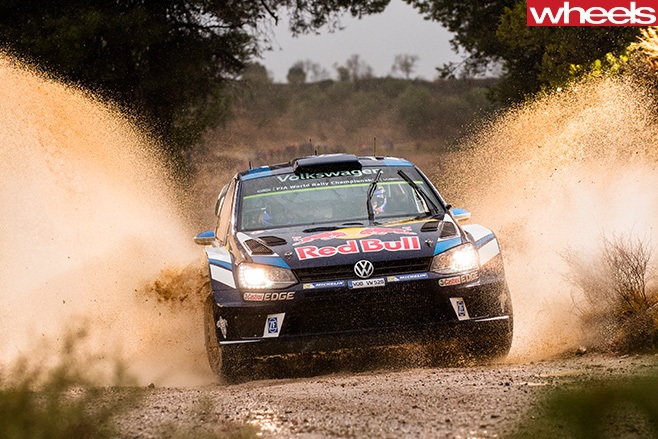 After mastering the different conditions, Ogier and co-driver Julien Ingrassia won their fifth WRC event of 2016 after taking over the lead in their factory Volkswagen Polo R at the end of Saturday’s second leg, held in fine weather. A determined attack in the afternoon stages wiped out a 17sec deficit to Sordo which soon went to a 5.8sec lead.

Andreas Mikkelsen, second in the series, crashed on Saturday to leave Ogier with one hand on the crown. The Frenchman wrapped it up with a strong run on Sunday, edging away to a 15.6sec advantage over Sordo. Thierry Neuville of Belgium, also driving a Hyundai, claimed the final podium place, a further 59.4sec behind. 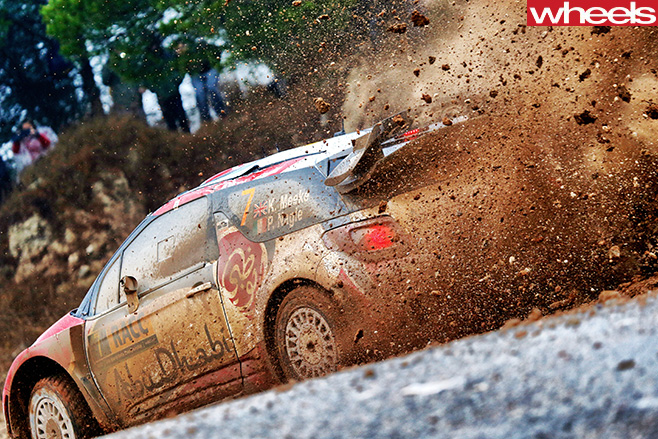 This year’s championship victory came despite Ogier having to work harder than before. Rules that stipulate the championship leader start first in the running order over Fridays and Saturdays have hindered his speed on gravel and five of the rounds have gone to rivals.

Ogier is only the third driver, alongside Finnish legends Juha Kankkunen and Tommi Mäkinen, to win four championships since the competition started in 1977. 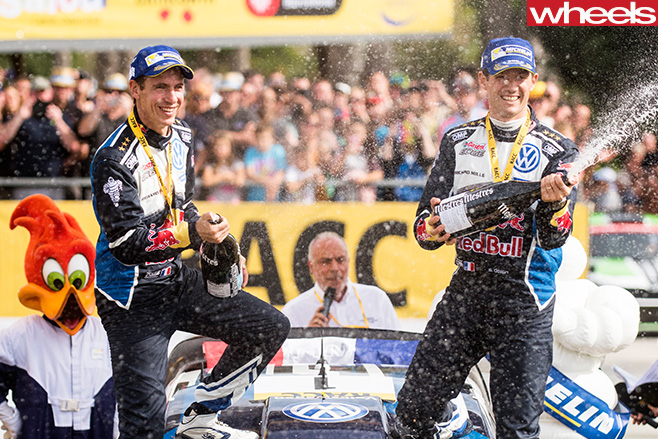 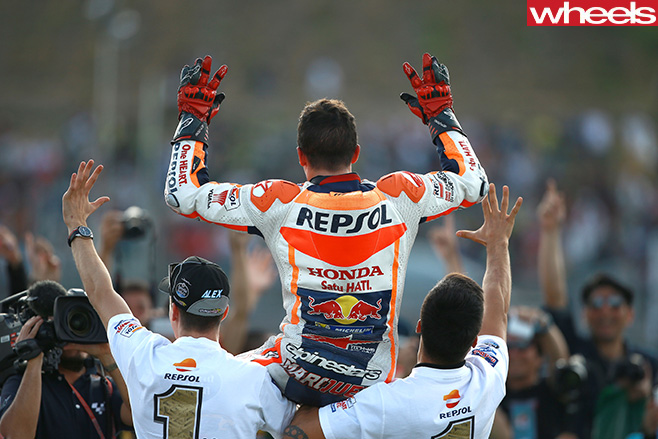 Honda’s Marc Marquez has taken a dramatic win in the Japanese MotoGP win at Twin Ring Motegi - Honda’s home asphalt - the victory securing him the 2016 MotoGP title, though with a little help from his enemies – Yamaha stars Valentino Rossi and Jorge Lorenzo crashed out in an incident-filled race.

The Spanish rider took the lead on the fourth lap, and though challenged at different times was never headed. 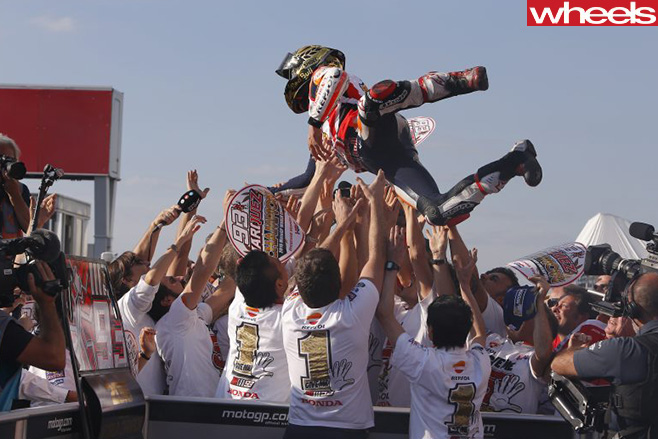 “It’s incredible! Before the race I didn’t expect to be champion, and I said that here it would be impossible,” said an elated Marquez afterwards. “However, when I saw that Rossi was out of the race, I decided to push hard for the victory. I was riding my hardest, and when there were three laps to go, I read on my pit board that Lorenzo was also out; on that same lap, I made mistakes in four or five corners, as it was difficult to stay focused! I’m very happy because this title is very special considering some of the crashes I had last year, and also because it came at Motegi, Honda’s home.” 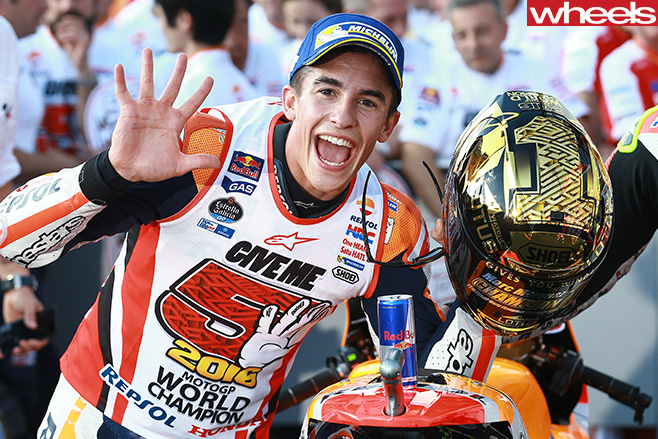 Marquez’s nearest title rival, Rossi, started from pole and was running second before crashing on the seventh lap.

Lorenzo had a good start to the 24-lap race when he launched from third on the grid to arrive at the first corner in second place, passing Rossi. Immediately he also overtook Marquez in turn two, to take over the lead. 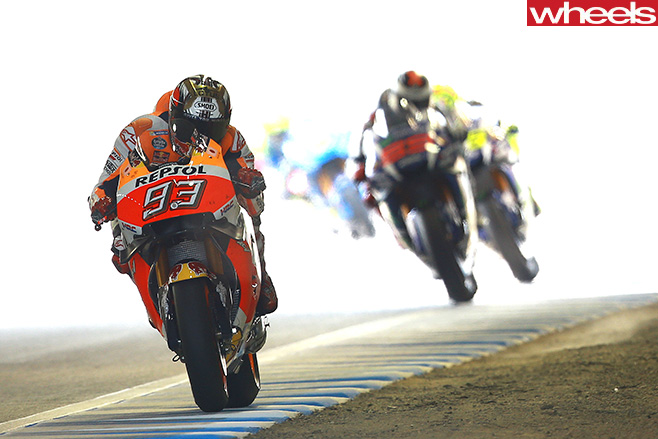 A feisty fight ensued between Valentino Rossi and Marquez, while Lorenzo increased his advantage to over 0.6s. Marquez fought back though leaving the rest to fight over the minor positions…until the reigning world champ slid off just five laps from the chequer.

At 23-years old, Marquez is now the youngest ever to win three premier-class world titles and five world crowns across all classes during a period of only nine years at the world championship level. 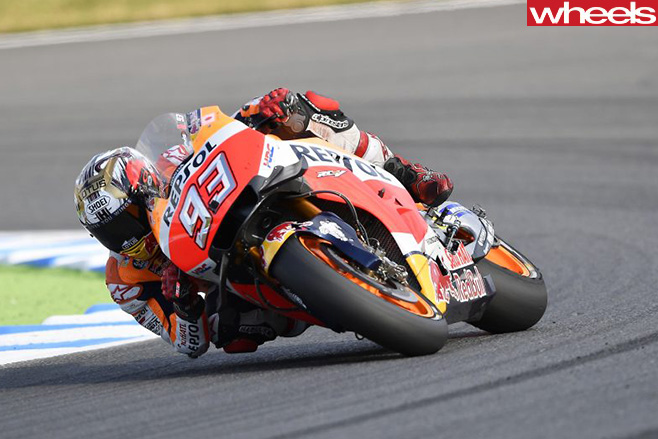 Marquez has now equalled Mick Doohan, Jorge Lorenzo and Toni Mang’s tally of five world titles in his career, which given his age should run for many more years.

So far this season, Marquez has had more wins than any other rider in the MotoGP class (five), most podiums (11) and most pole positions.

Toyota takes a WEC thriller at in 6 Hours of Fuji 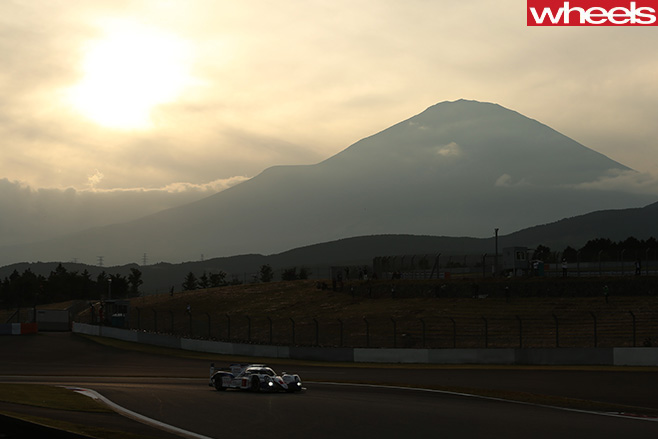 Kamui Kobayashi, Stephane Sarrazin and Mike Conway have delighted Japanese fans with a stunning home win for Toyota, and the first victory for the TS 050 HYBRID LMP1 car, after a nail biter in the Six Hours of Fuji.

Audi led for much of the race but in a thriller that came down to a tight three-way fight in the last hour, Toyota opted to not take new rubber, instead gambling on gaining track position and eventually taking a memorable win by just 1.439s 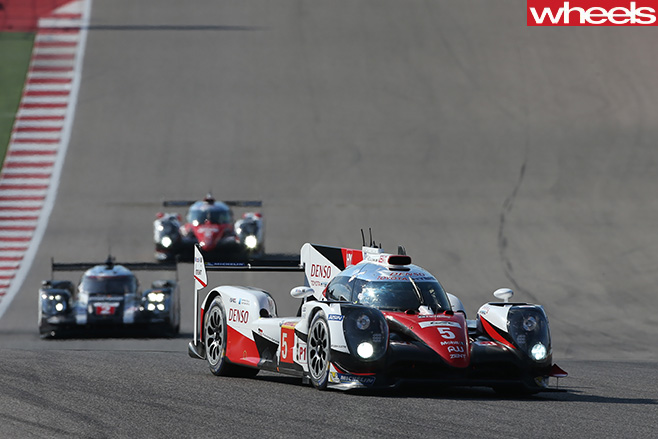 Driving the #8 Audi, Loic Duval used new tyres taken at the final stop but just failed to catch Kobayashi in the Toyota.

In the #1 Porsche 919 he shares with Timo Bernhard and Brendon Hartley, Australia’s Mark Webber took third position after being in contention throughout the race. 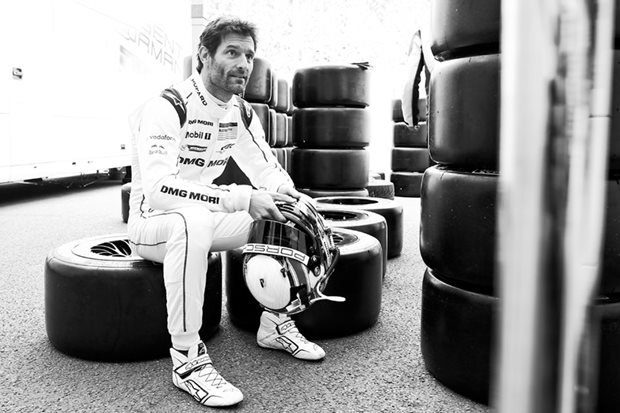 Mark Webber to retire from motorsport

Australian Formula One veteran and LMP1 champion to stop racing at end of 2016.