Nurburgring lap times are an ill of our era but this Porsche 911 Group B rally weapon couldn’t give a flying lap about when the stopwatch stops.

Our summer is Germany’s winter, so it isn’t exactly the time to be cutting quick laps on the famed circuit a couple of hours west of the Frankfurt city centre.

However on YouTube, the official Nurburgring account has posted video of a 1984 Rothmans-livery Porsche 911 SC RS drifting its way around the Grand Prix circuit covered in so much snow it’s barely recognisable. 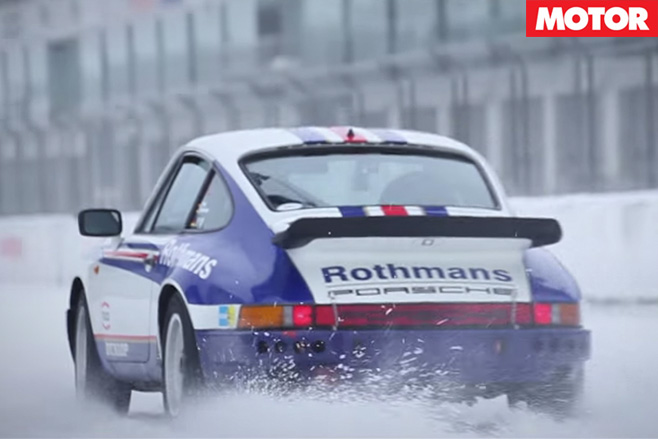 Driver Patrick Simon seems to know the way around, though, with the 12 o’clock marker on the steering wheel of the SC RS regularly moving to 4 or even 5 o’clock and back the other way.

Wrestling the wheel and throwing the rear-wheel drive icon engineered for Group B rallying into regular Scando flicks, the wailing 3.0-litre flat six-cylinder – which back in the day produced around 184kW through a five-speed manual – is balanced on the throttle as the chubby 16-inch rears turn ice to slush. 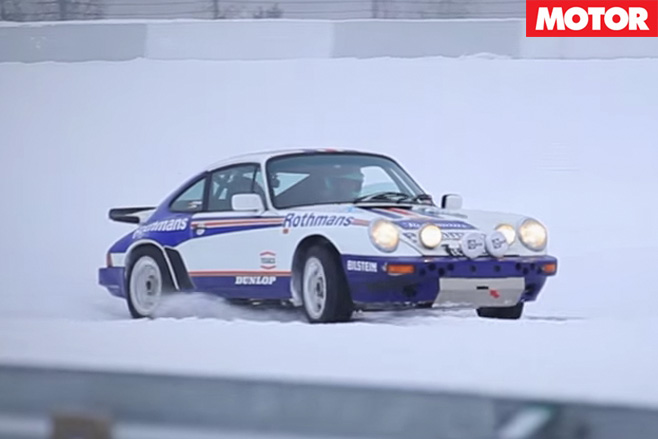 Not even the ducktail spoiler can keep the rear hutch dry in this weather.

Porsche built 20 examples of the 911 SC RS in 1984 to satisfy FIA homologation rules for Group B rallying as it continued to work on the all-wheel drive 959 program that eventuated in 1986.