Porsche’s latest generation 911 has some seriously impressive real-world performance, and we have the receipts to prove it.

We had the 2019 Porsche 992 911 Carrera 4S in the office and took the opportunity to conduct some independent performance testing.

History tells us that Porsche often understates the capabilities of its cars, so it was with eager anticipation that we lined the Carrera 4S up at Heathcote drag strip to put it through our performance testing regime. 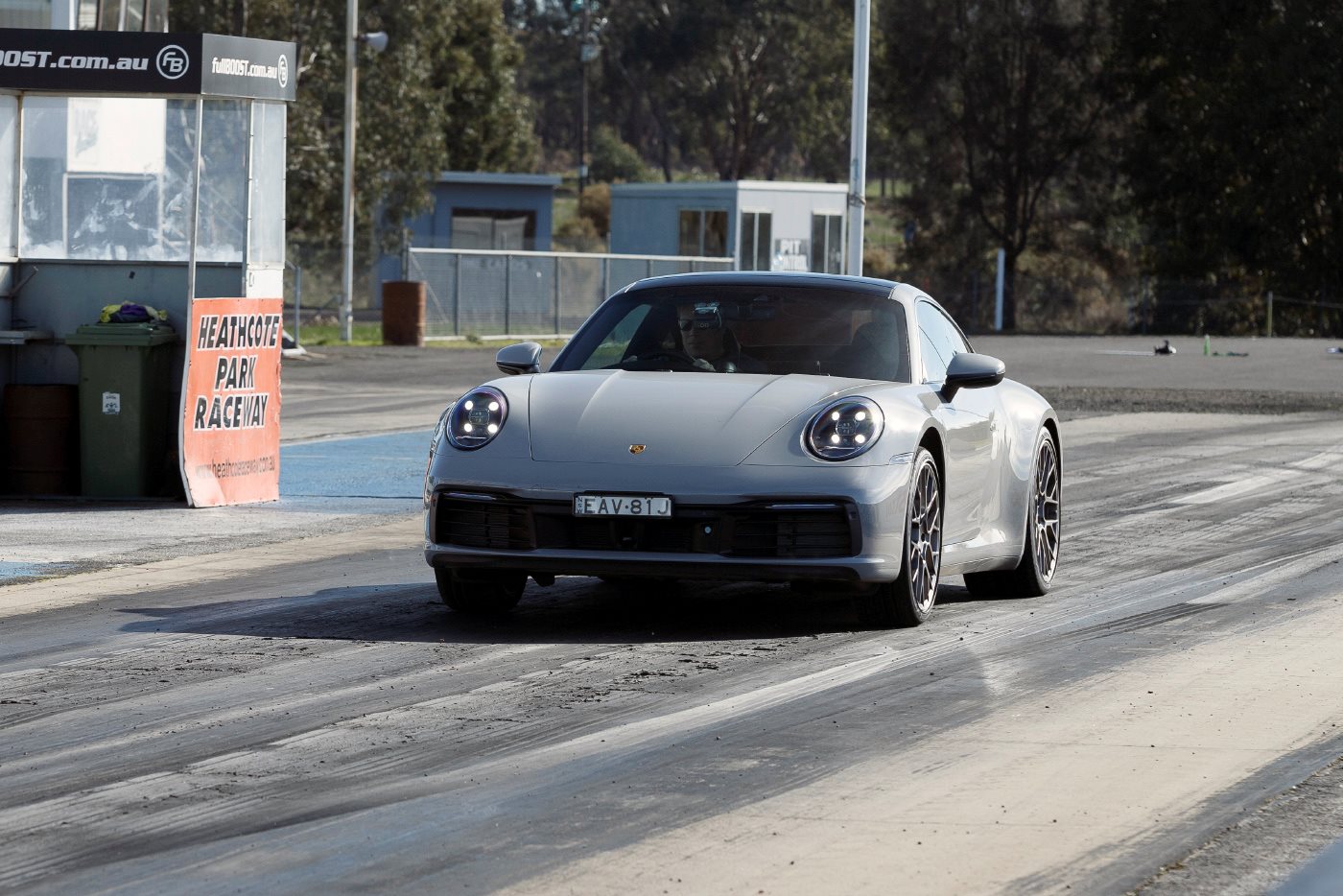 Weather conditions were sunny, dry, with an ambient temperature of eight degrees centigrade. Almost perfect. Not that Porsche needs optimal conditions; Wheels once tested a 991.2 GTS Cabriolet in the rain and was still able to beat the official claimed figure from Stuttgart.

Porsche claims the Carrera 4S will crack 100km/h from a standstill in 3.6 seconds. With the optional sport chrono pack – which our test vehicle had fitted – that figure drops to 3.4 seconds.

And you can take that number to the bank, with our test vehicle perfectly replicating Porsche’s claimed figure.

Want to know the secret to getting a fast acceleration figure out of the 992? Well, there isn’t one. Put into Sport Plus driving mode, You simply wind it up on the brake, release, and hold on while it rockets away from the line. 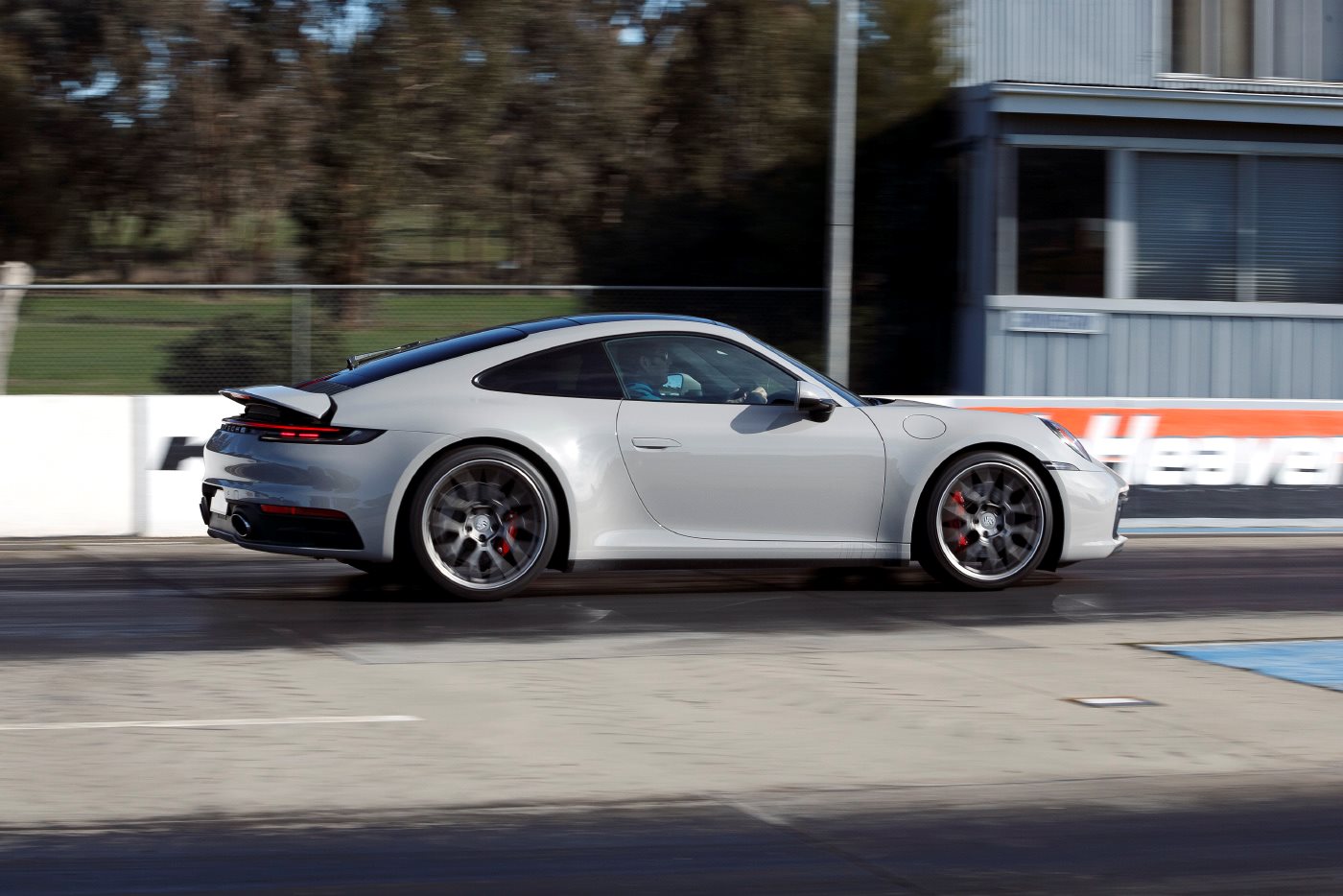 Other than the initial jolt as the tyres grip up, hard acceleration in the 992 is rather undramatic - there’s no theatre and spectacle, just brutally efficient speed.

Keep your boot in it and the 992 will be breaking the speed limit (unless you’re in the Northern Territory) after 4.0 seconds, and 200km/h is dispatched in 12.0 seconds.

As part of our comprehensive testing process, Wheels also conducts a 100-0km/h braking test, with the 992 hauling itself to a stop in 2.4 sec, covering 33.5 metres in that time.

It’s important to remember the Carrera 4S will sit at the bottom end of the 911 range. While the base Carrera, Carrera 4, and Carrera 2S sit below it, there are the GTS, Turbo, and GT variants on the way, which all promise to be even faster in a straight line. 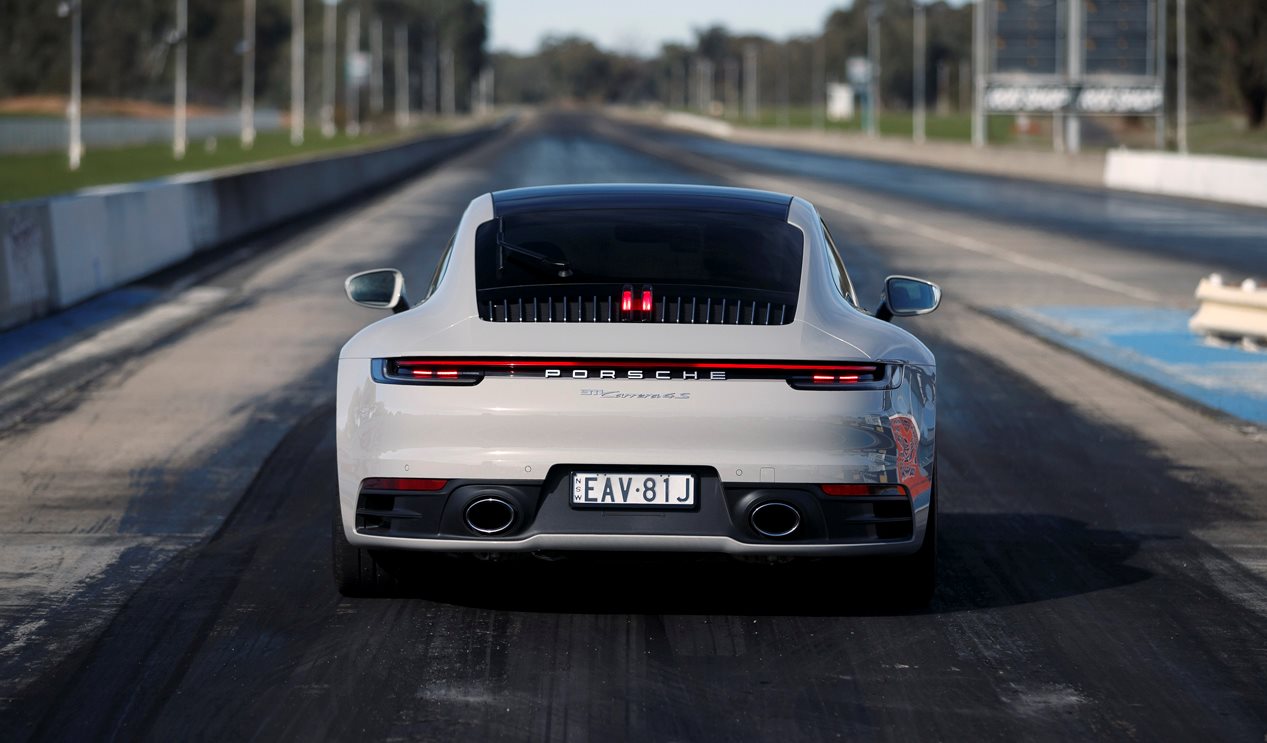