The Guinness World Record for heaviest aircraft pull by a production car once again belongs to Volkswagen Group.

The previous record, set over 50m by a Nissan Patrol in the UAE, was a 170-tonne plane. 115-tonnes lighter than the Airbus pulled by the Cayenne.

It’s not really all that surprising that a Cayenne was able to get the passenger plane moving, as even though its 283kW power figure might leave a little to be desired for some, its 850Nm of torque is available from 2000rpm.

The 4.2-litre V8 engine, with that much twist behind it, means the Porsche Cayenne has almost three Nm of torque for each tonne it pulled along. More impressive than the one kW per tonne figure.

The Cayenne’s driver for this feat was Porsche GB technician Richard Payne who said it was probably the furthest he’d gone to test a car. We don’t think he’s lying.

“It did it, I’m so relieved! We don’t usually go this far to test the limits of our cars but I think today we got pretty close,” he said after the pull. 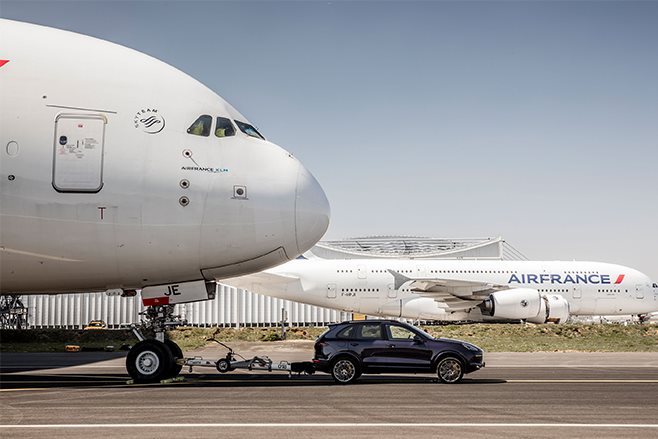 As mentioned above, this wasn’t the first time VW group took the record for itself.

We’re also not sure if the Touareg was driven again afterwards, as Payne says he did with the Cayenne.

“We drove the car here from London and I plan to drive it home again, having towed an A380 in between.”

Best day at work ever? Probably. 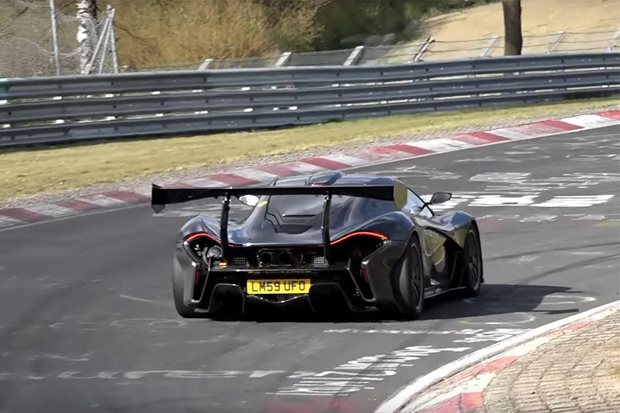 Road-going P1 GTR rumoured to have set a 6min48sec lap