Remembering what made Niki Lauda so special 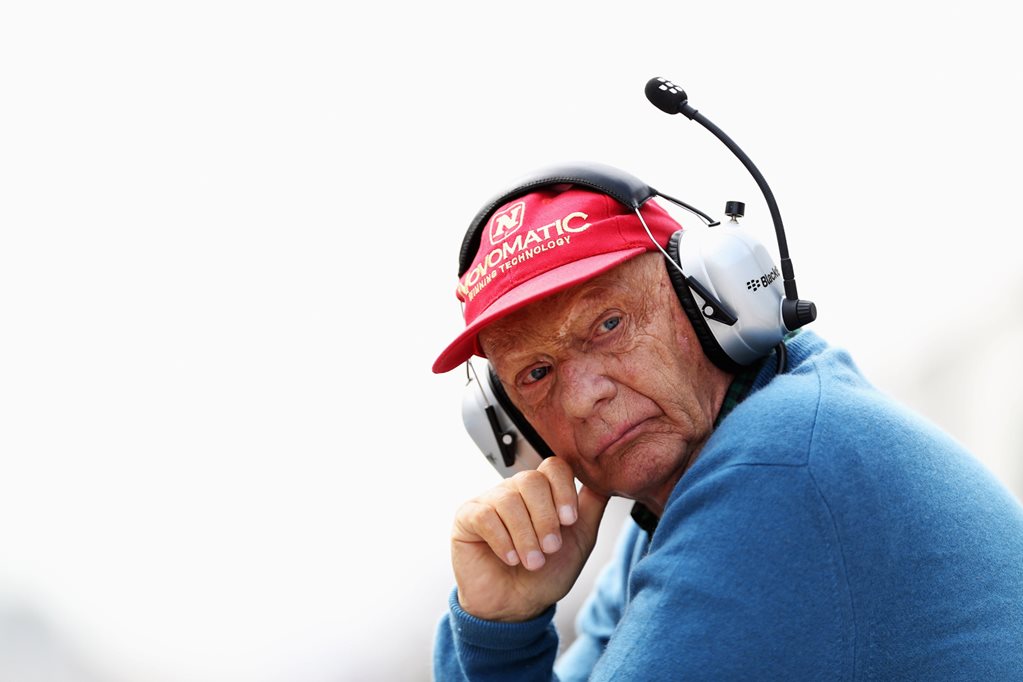 Niki Lauda wouldn’t have had a lot of time for this. You imagine him looking at the tributes, the speeches and the outpouring of grief both inside and outside the cloistered world of the F1 paddock, raising an eyebrow and asking: “And this is work for you?”

His work ethic was but one aspect of a complex character. At times he could be difficult, intolerant of efforts that didn’t meet his standards, brusque even. But he was never afraid of telling truth to power, whether that be Enzo Ferrari, whose car he described as “shit” only for Enzo’s son Piero Lardi to frantically demur with the interpretation; Boeing, who he faced down over mechanical defects after the Lauda Air 767 crash in Bangkok; or standing up to the Grand Prix Drivers’ Association on Super Licence regulations at Kyalami in 1982. It was exactly this fearlessness to tell the unvarnished truth that endeared Lauda to drivers like Lewis Hamilton and Nico Rosberg, who valued the three-time world champion as a pit lane mentor.

I remember Niki as a guy you needed to prep for. He had an unerring radar for bullshit or a lazy line of questioning and he possessed a great memory for faces. My first encounter with him was unexpected. I was in La Grave, a ski resort in the French Alps at some point in the late ’90s. Think of La Grave as the Nurburgring of ski areas: one lift extending skywards 2000m, no piste grooming, no avalanche control, no signposts, no patrollers. At the bottom of the mountain is a river valley, from which it’s a sharp slog uphill to the tiny 12th-century village.

Read next: When Lauda won in F1's most controversial car

An old boy was doubled over alone on the hike up, clearly blowing. I shouldered his skis for him and we walked quietly up through the snowstorm to the village. As I handed him his skis, he pulled his hood back and I realised it was Lauda. He thanked me, looked up into the blizzard and muttered, “Maybe a bit too much for me.” More than 10 years later, I was in the paddock at Goodwood when Lauda walked by, grinned, and punched me in the shoulder. “La Grave?” he chuckled. Once again, he’d left me speechless.

It was this ability to catch you on the back foot that helped convince Lewis Hamilton to defect from McLaren – the team which had supported him since childhood – to Mercedes-Benz. Aware that Hamilton needed affirmation of his position in the pantheon of great F1 drivers, Lauda first told the British driver that he was impressed by his pragmatism and lack of emotion clouding his decision-making. Hamilton countered, noting that a great like Michael Schumacher hadn’t come close to winning the F1 title with Mercedes. Then came Lauda’s closing pitch.

“Think of it the other way round,” he said. “If Schumacher couldn’t get the Mercedes team running up front for three years and you next year are doing much better, it makes a huge impact on your personality and people will rate you much higher.” In one sentence Lauda had speared the inherent vanity any great F1 driver needs. The deal was as good as done.

Read next: Behind the scenes at Lauda's last F1 race

Lauda’s early life and F1 exploits are well documented. Despite winning three world titles he’s probably underrated as a driver. Stefan Bellof’s 6m11s lap of the Nurburgring was deified for years, many overlooking the fact Lauda was the first man to lap the Green Hell in less than seven minutes (6m58.6s), eight years earlier when the track layout was two kilometres longer.

In many regards his race strategy was akin to the canny Alain Prost, who he drove alongside at McLaren and who he pipped to his third and final world title in ‘84 by a mere half-point, able to employ a certain economy of effort behind the wheel. Prost himself recognised the quality of the man. “Okay, he won the ‘84 championship, but I could live with that,” he said. “What was important was the trust between us. I didn’t know Niki when I came to McLaren, but I believed him to be completely honest. By the end of the ‘84 season I was certain of it.”

Above all, Lauda enjoyed his second life after his fiery crash at the Nurburgring in 1976. Perhaps he had three, as partner and former Lauda Air crew member Birgit Wetzinger donated him a kidney in 2005.

Niki Lauda lived these extraordinary lives very well. He’s remembered as a man of action and integrity. “Now,” he said, as he walked away from his last race in Adelaide back in 1985, “now I grow up and do something useful with the rest of my life.” Vale Niki.