Renault hopes to offer a full range of body styles for its Alaskan ute, which is due in Australia next year

THE Renault Alaskan will begin a family of new utes, as the French car maker aims to capitalise on the success of its light commercial range.

Speaking to Wheels at the Renault Technical Centre in Paris, head LCV designer Louis Morasse said the design language of the new Alaskan was easily applicable across a broader range of pick-ups, also suggesting that it would match the number of body styles of the vehicle it is based upon, the Nissan Navara. 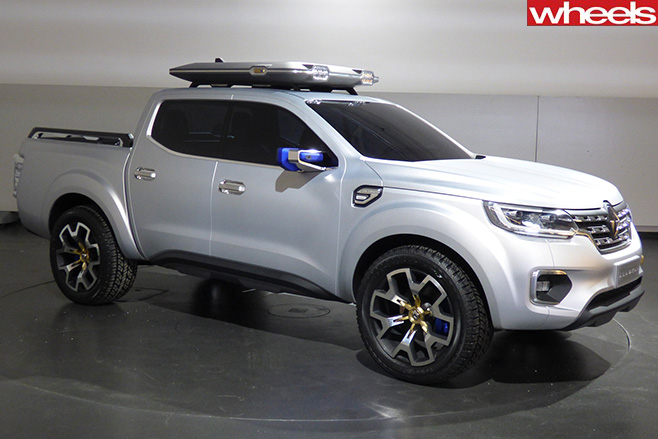 He also said that the Alaskan’s front-end treatment was transferrable to other vehicles, as it followed the styling theme set by Renault’s commercial range and passenger cars – including the new Renault Megane shown at the Frankfurt motor show last week.

“You see the strong link with the rest of the line-up we just released. As you already saw on the Kadjar, or new Espace and Megane, we have a strong theme having the grille linking the two headlamps, the kink in the bonnet and the big logo,” Morasse said.

While not even the name is officially confirmed for production, Morass said that the concept car was 95 percent production ready, with only the wheels and accessories – such as the roof mounted satellite dish – not slated to the showroom version. 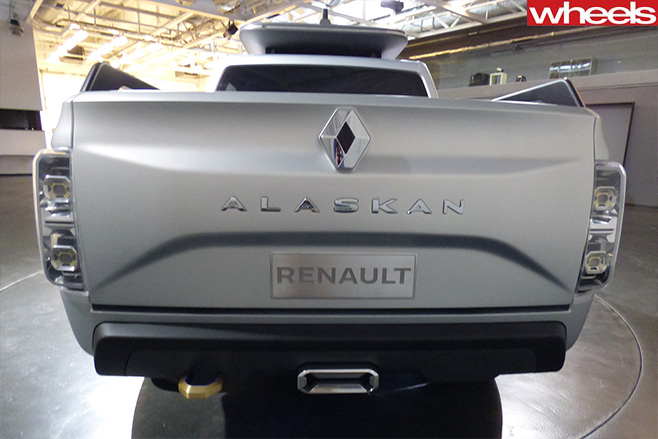 Renault’s light commercials make up around 40 percent of its global sales, and even in Australia the Master, Trafic and Kangoo can boast strong year-on-year growth.

The arrival of the Alaskan in 2016 will come as Renault Australia expands its dealer network at an unprecedented rate here, growing from 19 dealers only three years ago to around 70 by the time its new pick-up goes on sale.

The Alaskan has been described as offering the brand a potential ‘step-change’ in terms of sales by Renault Australia MD Justin Hocevar. It will use the 2.3-litre twin-turbo diesel and mechanicals from the Navara, with unique styling from the A-pillar forwards and the rear given new tail-lamps. 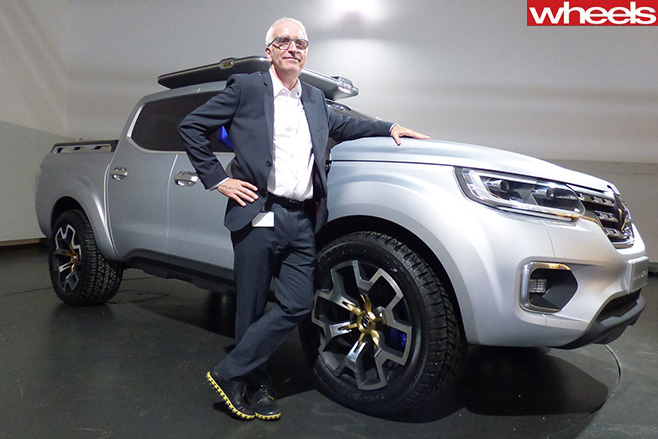 “When the two brands are in the same market with the same car, then you need a lot of differentiation,” said Morasse, explaining the need to separate the Alaskan from the Navara in terms of looks. “The idea is to protect the brand.”

Renault would not confirm whether the Alaskan will be treated to a cabin redesign to differentiate it from the Navara. Yet given what the car maker has done with the Kadjar, which is a Nissan Qashqai restyled both inside and out, it’s a distinct possibility. The car shown to journalists featured blacked out windows to hide the interior, but was largely Navara with a Renault-badged steering wheel.

Morasse described the Alaskan as a “premium pick-up” that will be tilted towards lifestyle in some markets and commercial duties on others. 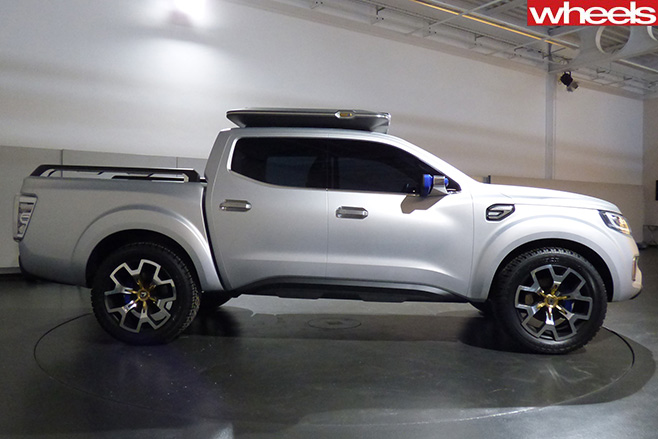 “It’s definitely part of the Renault personal car language, but with a lot more robustness. A bit crude and a lot tougher. We were looking for the right balance between a workhorse – I’m serious, I’m robust – but at the same time, you won’t be ashamed to go to the theatre with your wife and your family,” he said.

The Alaskan will be the second of three utes to use the platform, with Mercedes-Benz to partner with Renault-Nissan to produce its own. A key point of difference for the Mercedes is that the German maker will use its own engines. 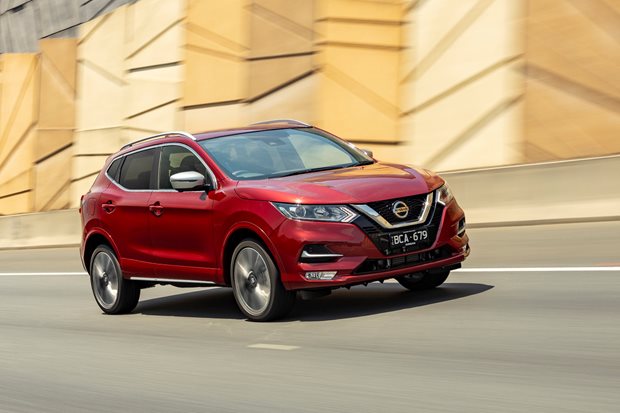