Classifieds are sure to throw up an unusual gem every once in a while, but not often a Formula One car.

The car was driven by Heikki Kovalainen and Jarno Trulli in the 2011 season of the Formula One world championship, and still features the seven-speed sequential transmission developed by Red Bull technologies. 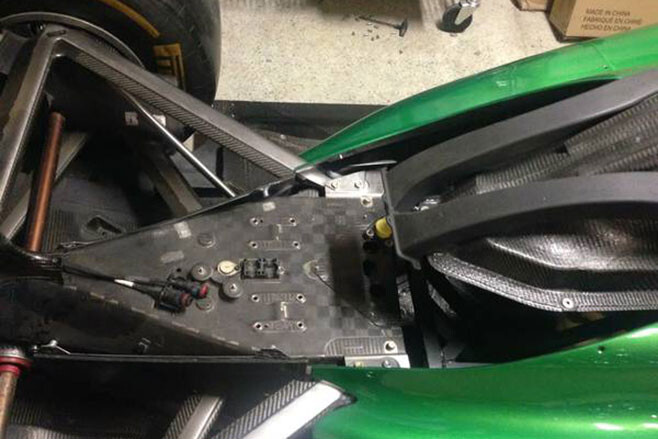 But as for its most expensive component, the Renault RS27 2.4-litre V8, it’s no longer nestled in the T128’s carbon chassis.

While the photos and description lend enough of an explanation on the condition of the car, the biggest mystery of all –the car’s personal history and how it made its way to Alabama, United States— isn’t revealed in the description.

It’s a rather expensive ornament, if you're frightened by the idea of reviving a Formula One car back to life. But if you can’t front up the cash, there’s still good news: the seller’s listed they will entertain trade offers. A Cosworth 2.4-litre V8, perhaps?