SOUTH Australia's man of the moment, Elon Musk, has revealed the first images of a production Model 3 on Twitter.

The Tesla co-founder revealed the image of the first Model 3 to roll off the production line at the company’s plant in Fremont, California.

Prior to revealing the car, Musk tweeted: “Production unit 1 of Model 3 is now built and going through final checkout. Pics soon.”

The black Model 3 will be the first of many, with more 400,000 pre-orders for the vehicle having already been placed globally before the end of 2016, including here in Australia where the company is still accepting deposits of $1500 despite a minimum 12-month waiting period.

Musk had earlier revealed that 100 Model 3 cars would be produced in August with production gradually stepped up to 1500 units in September and more than 20,000 per month by the end of the year. 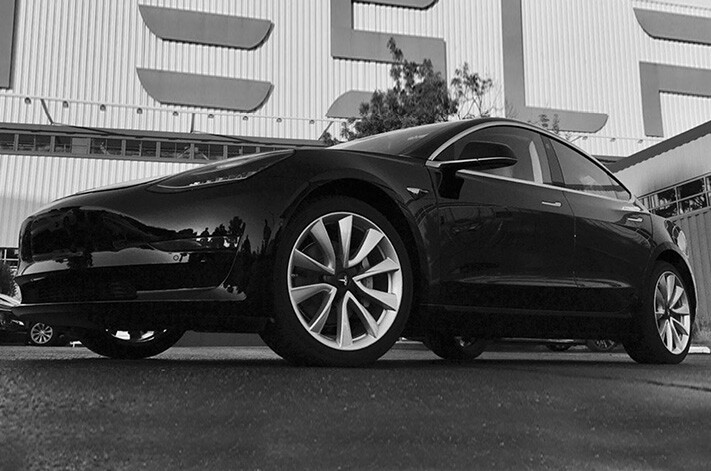 The all-electric Model 3 will be the most affordable Tesla model so far and, according to the company, will have a 346km range and be able to accelerate from 0-100km/h in less than 6.0 seconds.

More precise specifications are still to be announced.

It’s expected to retail from around $65,000 in Australia – about half the price of the entry-level Model S 75 – with premium D-segment models such as the Mercedes-Benz C-Class and BMW 3 Series in its sights.

Musk had earlier turned the tech world’s gaze on to South Australia when it was announced last week that Tesla would be contracted by the SA Government to build a 100-megawatt energy storage facility near a windfarm 250km north of Adelaide. The facility, which will be the largest lithium-ion battery array on the planet, will help ‘smooth’ the state’s power supply in high-demand periods as well as store excess energy from the nearby wind farm.

Despite being one of the biggest projects of its kind so far, he promised it would be completed within 100 days of contracts being signed – or it will be free of cost.