In just 7:57.148 Romain Dumas took out his fourth overall win at what is arguably the world’s most iconic hillclimb, leaving Sebastien Loeb’s 8:13.878 record in the red Colorado dust. 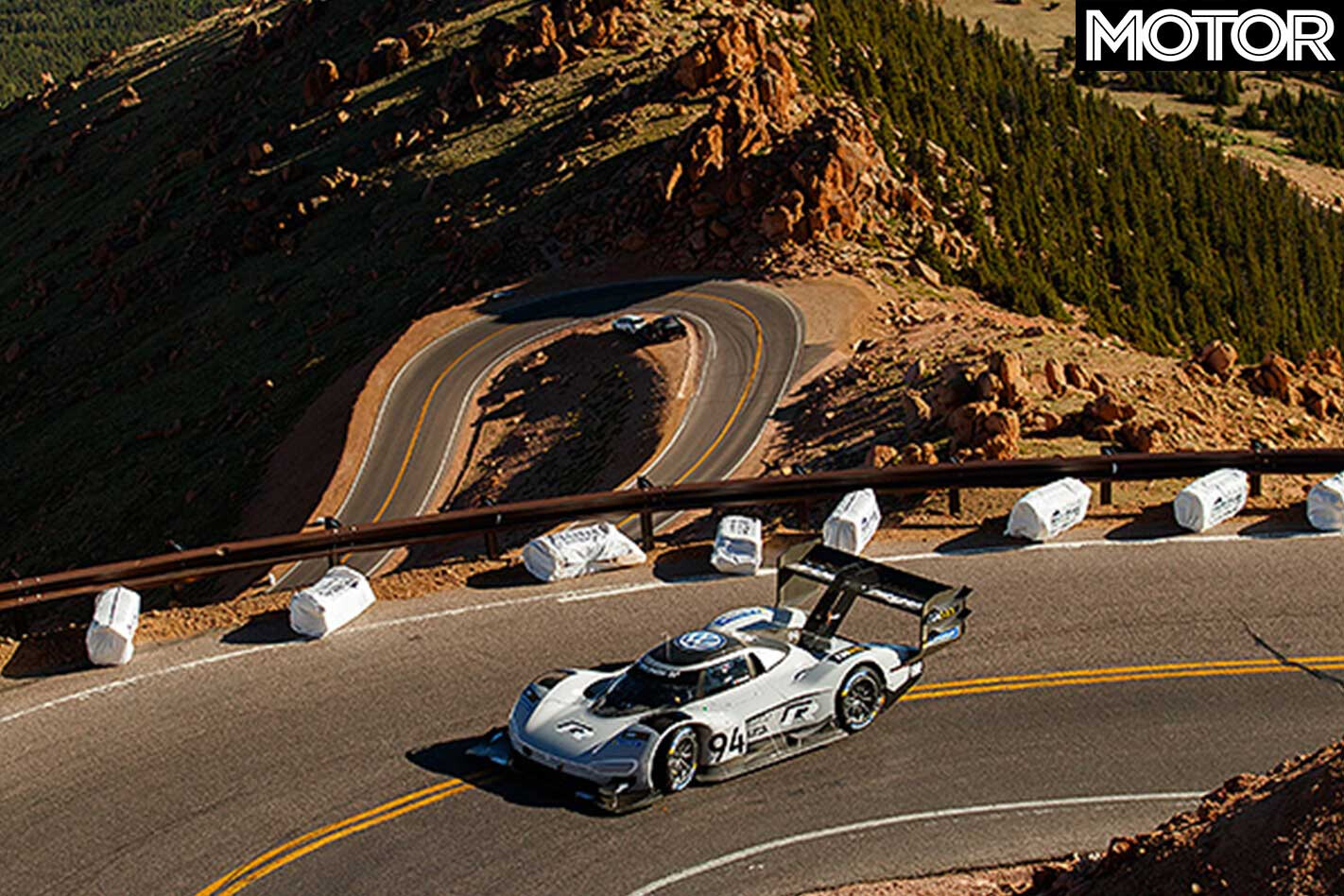 The 500kW electric AWD I.D R, which was purpose-built for the event (thus the name) also, naturally, beat the previous electric car record, set at 9:08.188 by NZ’s Rhys Millen in the Drive eO PP03.

After the record-breaking drive, Dumas said he was incredibly proud to have been the driver for the “awesome” achievement. Dumas has already won outright in 2014, ’16, and 2017.

“We exceeded even our own high expectations with that result,” the Frenchman said.

“Since this week’s tests, we have known that it was possible to break the all-time record. For it to come off, everything had to come together perfectly – from the technology to the driver. And the weather had to play ball too.

“That everything ran so smoothly is an incredible feeling, and the new record on Pikes Peak is the icing on the cake.

“I still cannot believe that Volkswagen and my name are behind this incredible time.”

Volkswagen also released some footage – though not an onboard video yet – of the I.D R’s run.

After the event, VW board member for technical development Frank Welsch said he was excited by what VW has and the team has achieved.

“The I.D. R Pikes Peak is the sporty forerunner of Volkswagen’s fully-electric I.D. family. Today, we saw what this technology is capable of,” Welsch said.

“Every Volkswagen employee can be extremely proud of today’s result. I congratulate the team from the bottom of my heart.

“With a combination of outstanding engineering skill, passion and commitment, the team has managed to create a fantastic racing car in just eight months.

“The Volkswagen I.D. R Pikes Peak has now set the fastest time in the history of this hill climb, which spans more than 100 years – that speaks volumes for electric mobility.”