VW has revealed a racing concept of its seventh-generation Golf which should inject the manufacturer in to touring car racing come 2016.

Although only a concept for now, the car has been developed within regulations of the new Touringcar Racing International Series (TCR) which debuted this year as a support event at the Malaysian Formula One Grand Prix.

VW’s motorsport arm has built the vehicle to ‘evaluate’ a potential customer programme for 2016. “The newly created TCR category provides a promising platform for customer racing – on a national and international level. With exciting races, production-based technology and reasonable costs, it offers a new outlook for private racing teams,” says Jost Capito, Volkswagen Motorsport Director, in a release.

With the TCR’s reliance on road vehicles, the Golf racing concept features the Golf R’s engine (producing a more muscular 243kW and 410Nm), six-speed DSG transmission, and other details like its front and rear lights.

It’s also based on VW’s MQB platform which it says “reduces the cost of assembling and running the touring car.”

Where the racing concept diverges from the showroom Golf, radically, is its chassis and aerodynamic setup.

Up front protrudes a sizeable splitter, matched out back by a huge carbon fibre rear wing and fenders that have been stretched over new widened tracks. VW says the chassis is 40cm wider than the road car.

Appropriate safety gear such as a racing seat, fuel cell, and roll cage help the Golf comply for competition, while the engine grounds its power exclusively through the front axle.

Volkswagen Motorsport will partner with Englester Motorsport to further develop the car during the remaining rounds of the TCR in Austria, Singapore, Thailand and Macau. 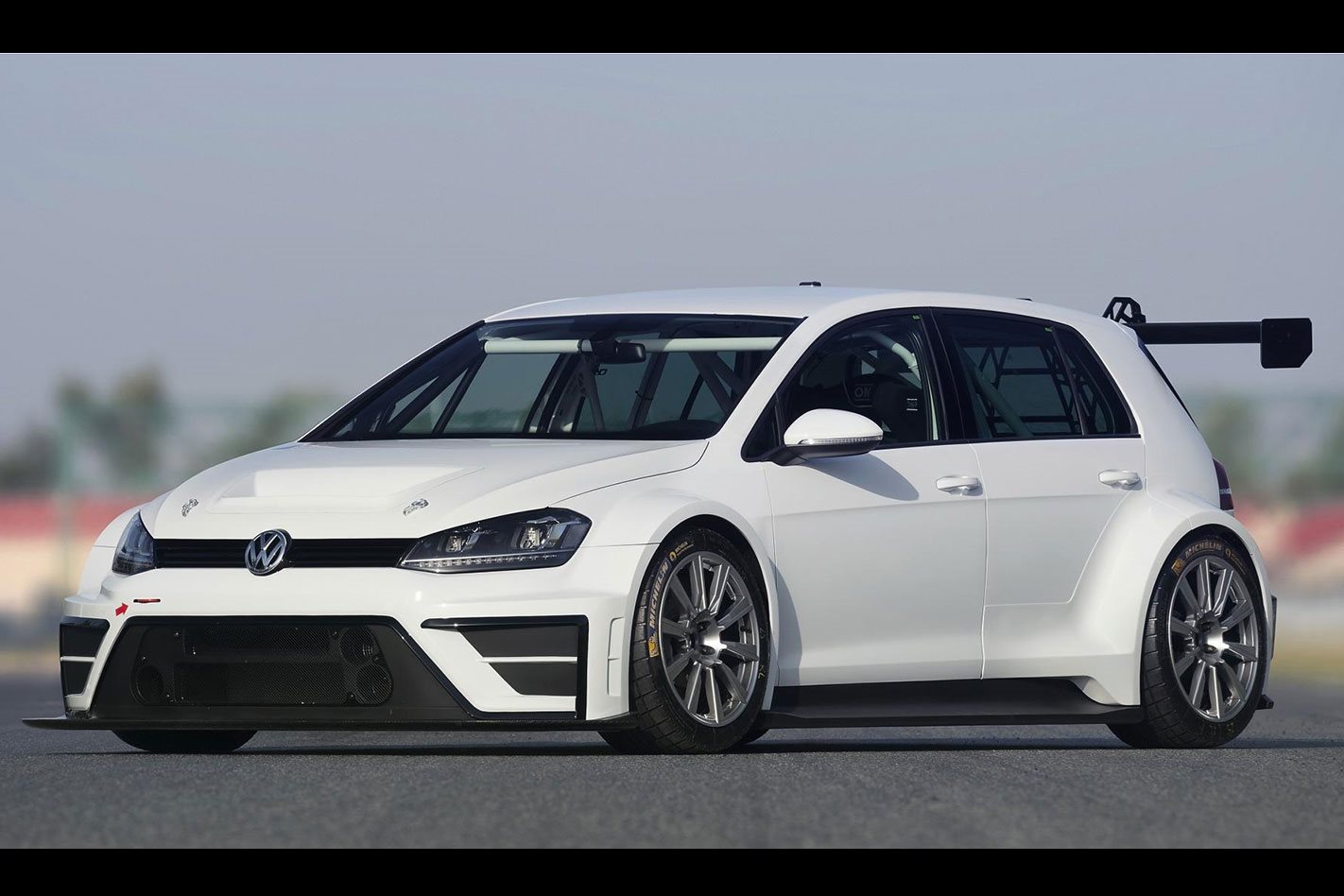 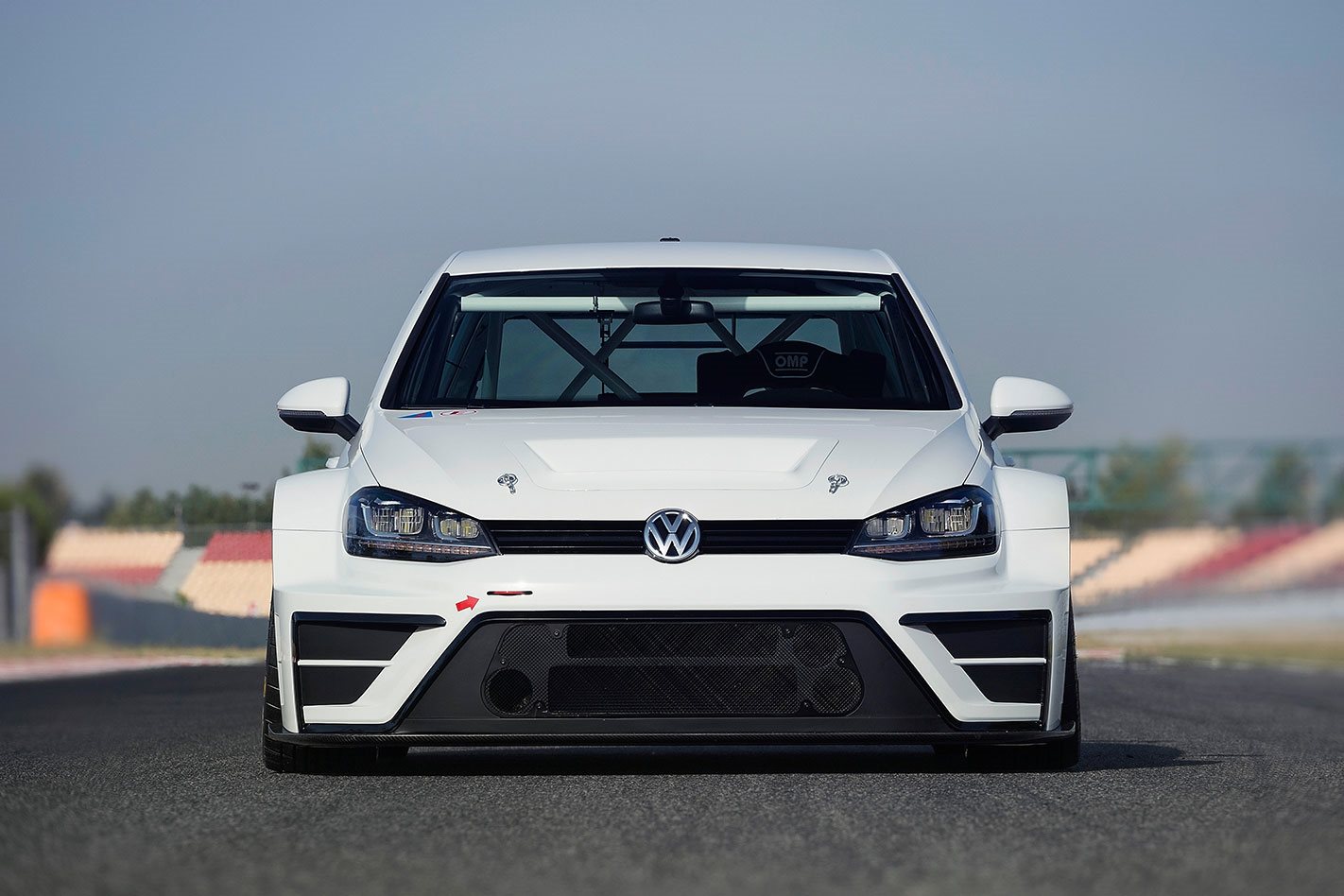 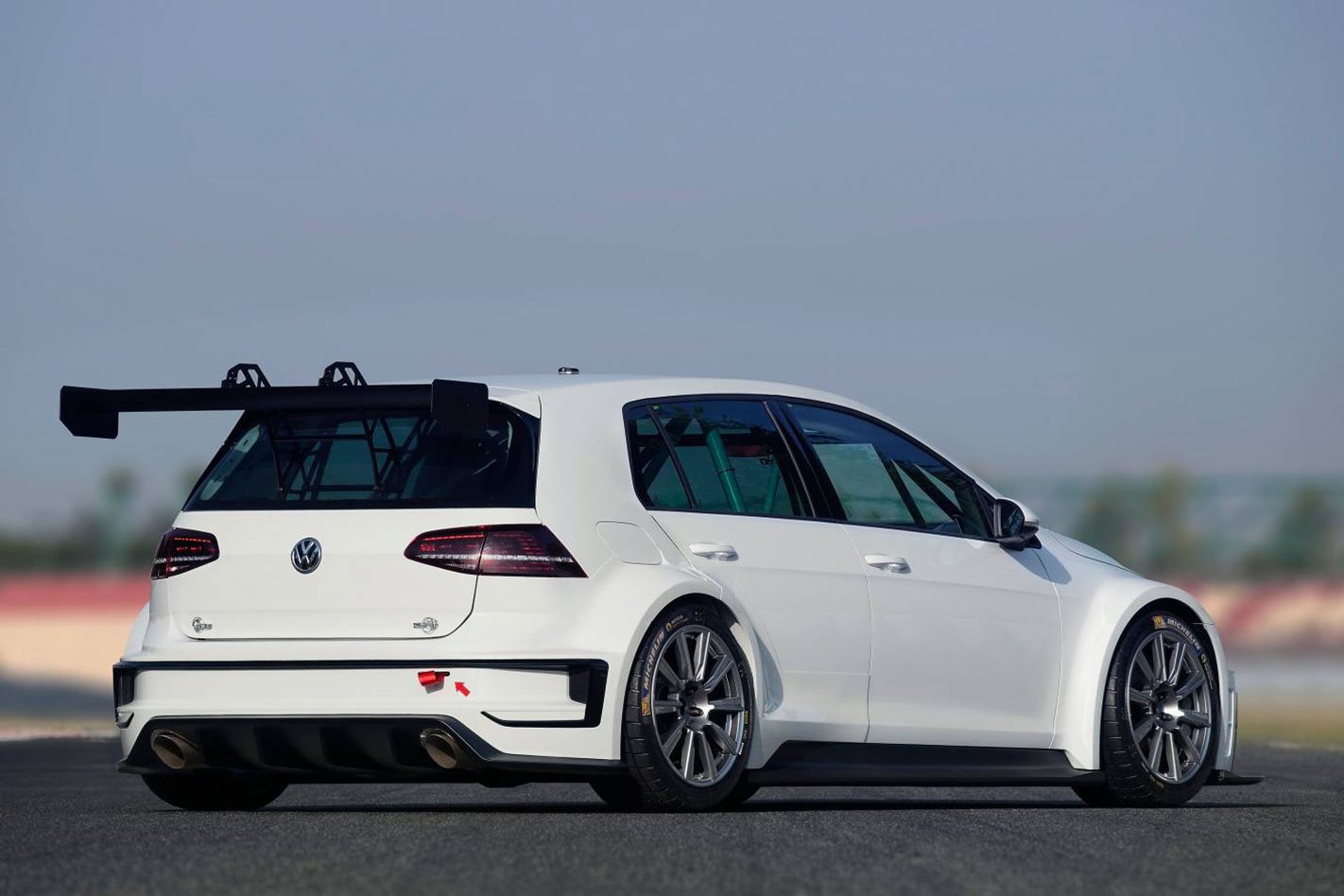