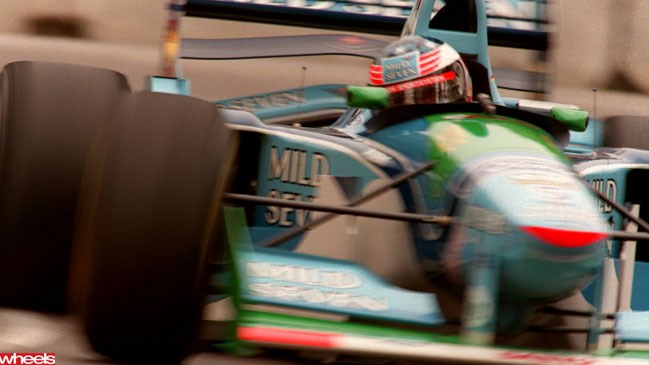 Are you a little sick of hearing the German national anthem after a Formula One Grand Prix? You have good reason.

Are you a little sick of hearing the German national anthem after a Formula One Grand Prix? You have good reason.

Now, collectors can grab a chequered piece of German motorsport history. Classic car auctioneers Bonhams has announced the sale of Benetton-Ford B194-05, a car used by Schumacher during his first championship season.

Entering 1994, Schumacher was the coming man, already a two-time race winner. Aboard his neatly-designed but underpowered Benetton-Ford, he was expected to be a frontrunner — but not the champion. That honour would go to Ayrton Senna, finally aboard an all-conquering Williams-Renault. No-one could foresee the tragedy that lay pregnant on the horizon.

In Brazil’s first round, Senna promptly took pole position, but was harassed — and ultimately overhauled — by the German’s Benetton. Senna, under pressure at home, spun out of second place, leaving Schumacher unchallenged.

For the second round at Aida in Japan, Senna was eliminated in a first corner incident, handing another win to the upstart German.

Then it was Imola. Senna duly took pole, but he was deeply concerned at the injuries his countryman Rubens Barrichello sustained in practice, and dismayed by the terrible accident which claimed the life of Simtek driver Roland Ratzenberger — the first fatality in a Formula One car since Elio De Angelis passed in a 1986 testing accident.

From second on the grid it was Schumacher — in his first race with chassis B194-05 — who led the field away. After an early incident brought out the safety car, Senna resumed his chase. But it was through Tamburello — an innocuous looking but ultra-fast left which had taken many scalps over the years — that Senna left the road, with fatal consequences.

Schumacher went on to win the restarted event, but it was a hollow victory for the German, who later dedicated his championship to Senna.

B194-05 would take three more victories in 1994 (Monaco, Canada and France), as well as two second places, so it was a significant part of Schumacher’s inaugural championship.

Due to be auctioned on 1 December in London, B194-05 has recently been demonstrated at the Goodwood Festival of Speed and has a freshly rebuilt Ford Zetec race motor with an updated paddleshift gearbox. The cost? Bonhams expects this ready-to-race Benetton to exceed $1 million. 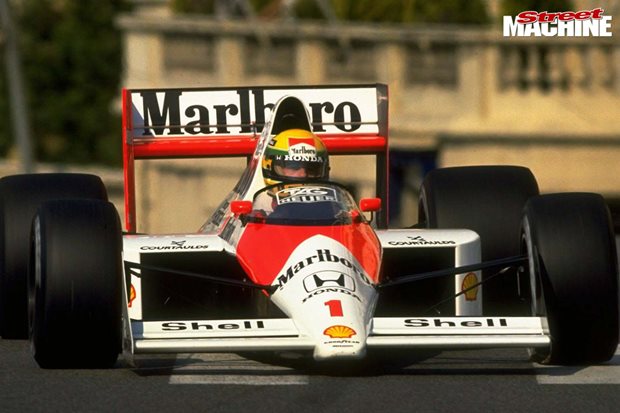 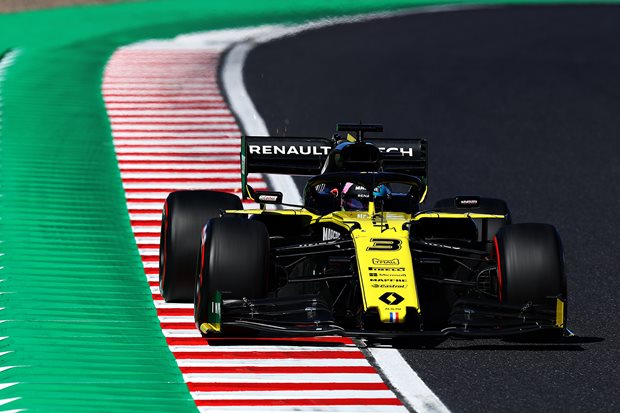 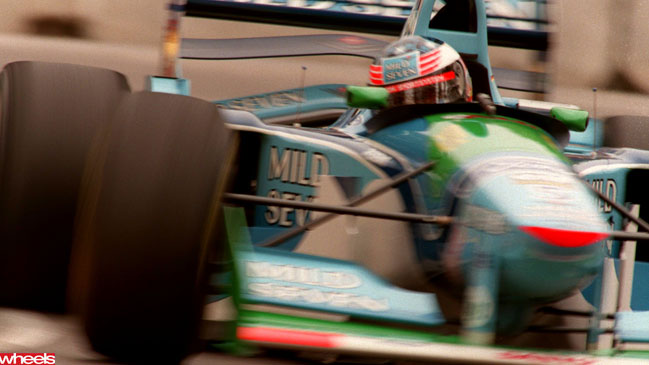 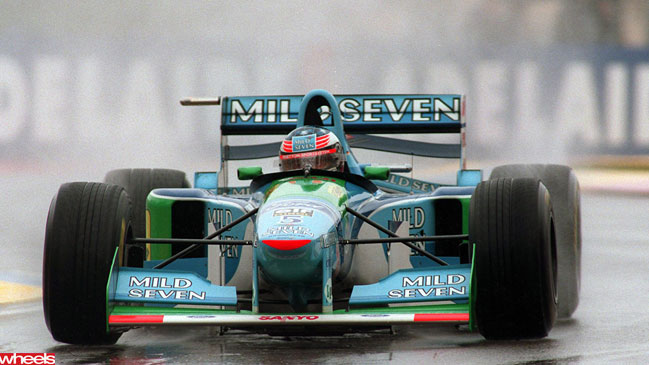 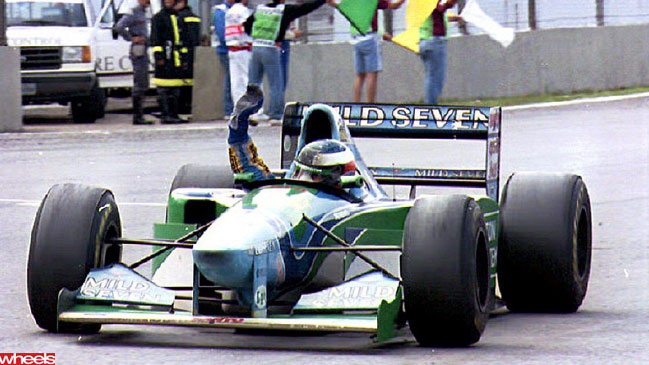 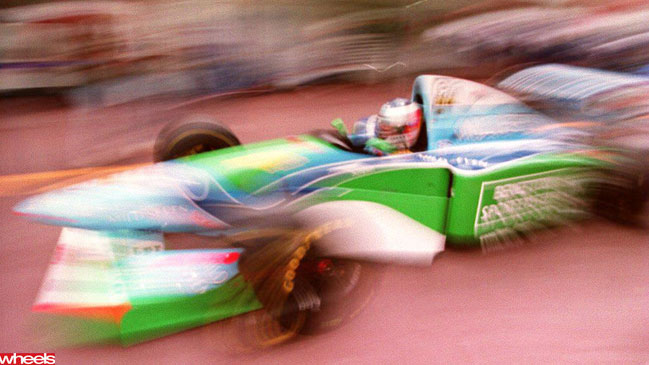