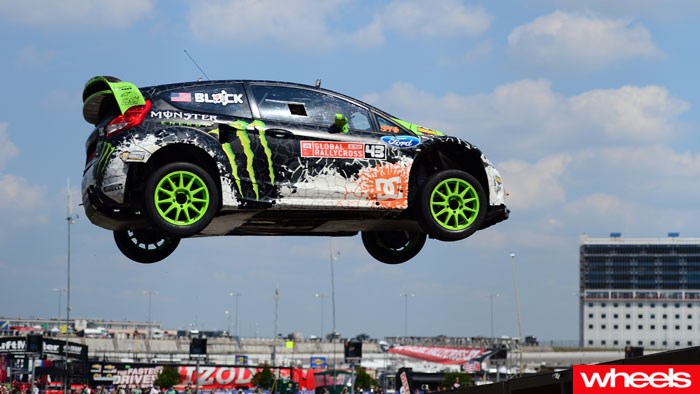 The new HQ is divided into two spaces. One consisting of creative offices to hold 25 employees, the other a top-level workshop for Block’s insane cars. The all-new turbo-charged machinery, seen here under dust covers, will be revealed to the world in the coming weeks.

But just because he uses petrol like he does oxygen doesn’t mean Block isn’t aware of the environment. 17 shipping containers were recycled to build his new HQ. 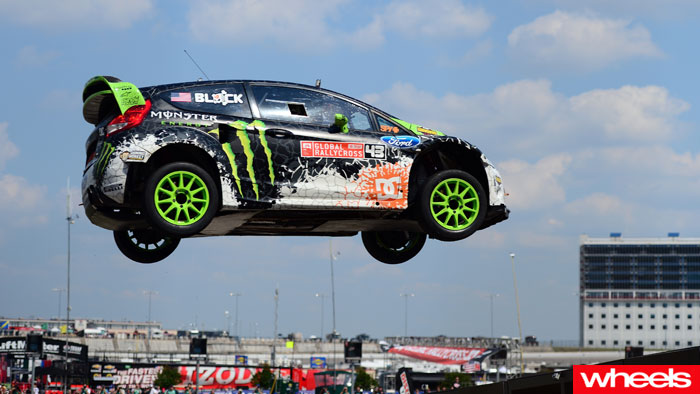 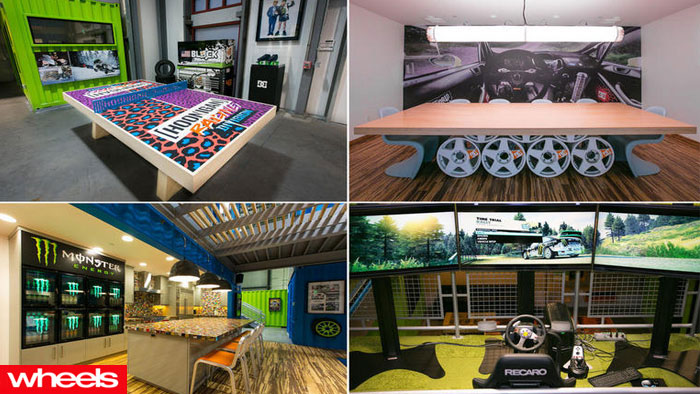 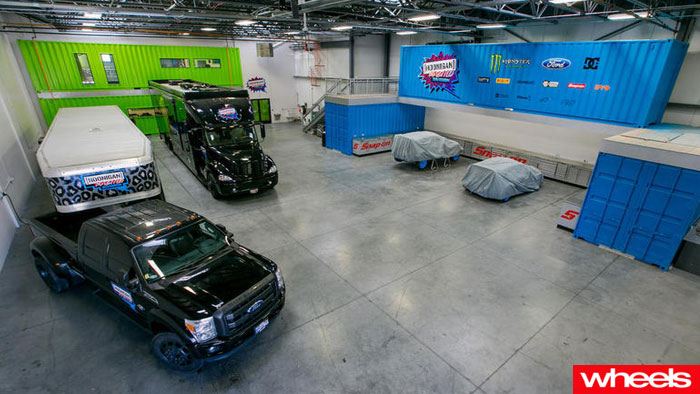 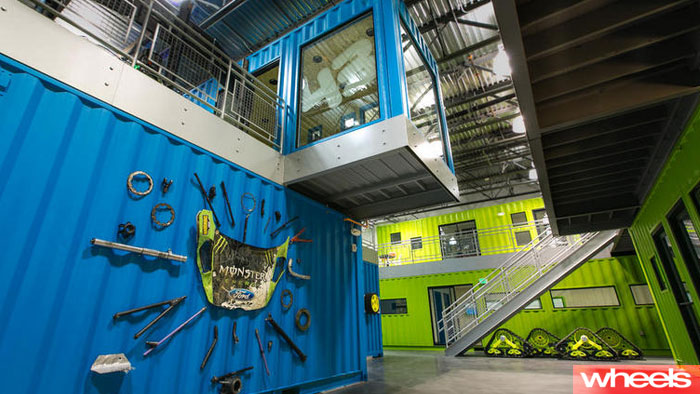 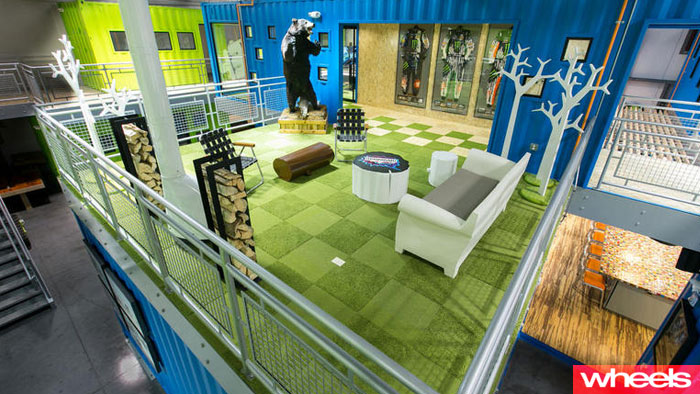 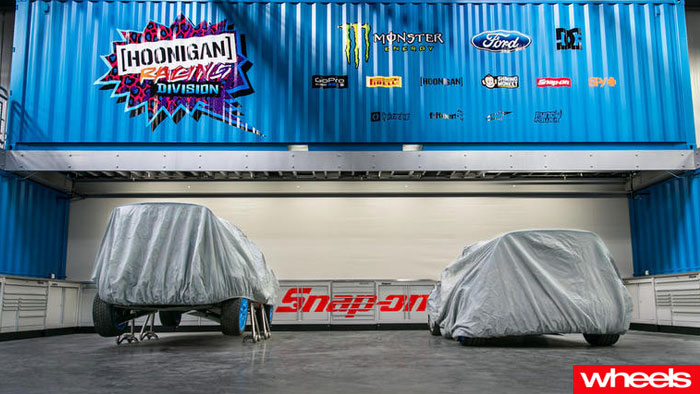 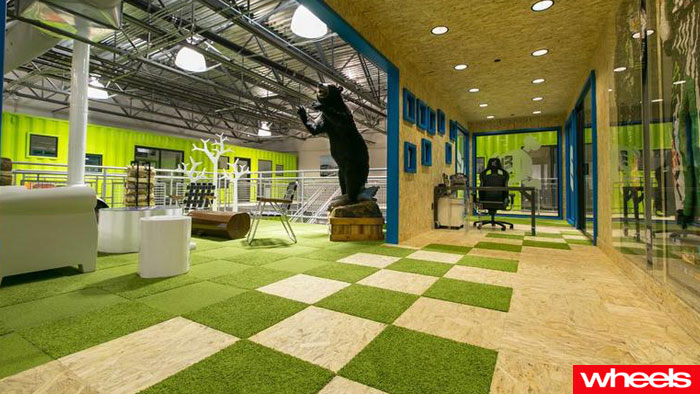