As far back as I can remember, the EVO has always been a razor-sharp, hard-edged beast that could shake your eyeballs loose on the wrong stretch of road.

Sure, it’s a great piece of kit on a race track, but the first sign of a pothole and the suspension ran for cover. Some of them have been considerably harder than others, of course, most notably the particularly brutal EVO VI. 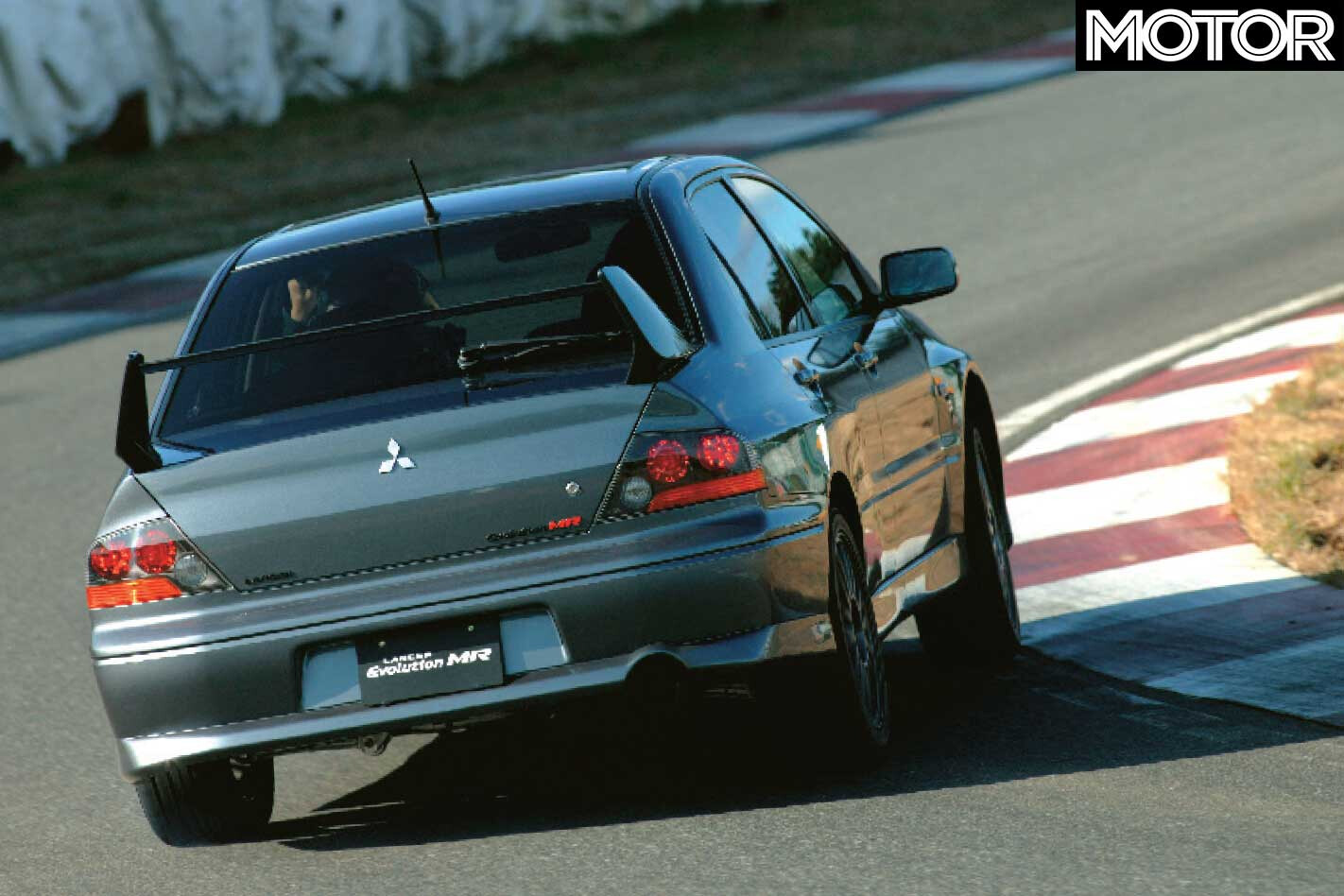 That’s about to change. Mitsubishi has had 10 years and taken eight generations to hone its charger’s road manners, and with the new EVO VIII MR (short for Mitsubishi Racing), the trip to etiquette school has paid off. And MOTOR was first behind the wheel in this exclusive drive.

On the surface, the MR looks pretty much identical to the current EVO VIII apart from a revised front spoiler and some lightweight BBS wheels.

Underneath that macho body, however, the EVO has been modified to the extent that you could almost call it an EVO IX. Except that Mitsubishi’s already got EVO IX pencilled in for something else...

In reply to the market’s request for meatier mid-range and top-end torque, engineers tinkered with turbine and camshaft geometry to boost torque from 392Nm to 400Nm at 3500rpm. The upgrade in torque is welcome as the tacho spins hungrily all the way up to the 7000rpm redline, with huge gushes of grunt on line anywhere above 5000.

Maximum power remains unchanged at 206kW at 6500rpm, or so they say. EVOs have commonly had significantly more power than Mitsubishi has claimed (especially on Japanese-spec fuel), and very few EVO VIs ever left the shop without 225kW or so lurking next to the gearbox.

Other modifications to the MR include the incorporation of an aluminium roof and lighter BBS rims which give the combined benefits of a 20kg weight reduction and a lowering of the car’s centre of gravity.

But by far the most crucial revision to the MR is the employment of Bilstein dampers on all four corners. First impressions? If you closed your eyes on a public road, you’d think you were driving a far more luxurious car, a sedan that actually absorbed some of the road’s imperfections!

Certainly not an EVO. Instead of the loud crack and tail-induced pitch over sharp bumps, the thing now cruises along with a fair bit of compliance. It’s even quieter.

On a track, the results are even more startling. At a circuit 200km north of Tokyo, we had a brief chance to put this pre-production prototype through its paces. The bump and rebound capacity of the Bilsteins is phenomenal and just what the doctor ordered.

Hit an apex-lurking ripple strip at speed and the shock absorbers will compress once, expand once and then level out instantly with no bump steer and minimal body roll. Besides feeling a fair bit better, it also provides improved levels of grip, especially at the front, and quicker exits.

Akihiko Nakaya, well known racer for the Puma Evolution Racing Team in Japan’s Super Endurance Series, and probably the fastest EVO driver in Japan, hints at just how good this car is: “I reckon the modifications make the MR not only a better car to drive on normal roads, but also faster around a race track.”

Time constraints meant lap times could not be taken on the day, but initial impressions very much concur with Nakaya’s comments on the car.

To further improve cornering performance, Mitsubishi has also modified the all-wheel drive system, active centre diff, yaw control and ABS unit. The MR’s AYC has been specially tuned to now cut in even when engaging the ABS under heavy braking in corners, thus improving cornering grip and speed.

Inside, luxury levels have been raised slightly with a carbon fibre-style dash finish and leather-bound gearknob, special MR logo on the console behind the gearstick and a contoured Momo wheel.
Put the whole package together and you’ve got one mighty fine example of the ultimate track machine. Only this time you can drive it to work, too.