The orange seatbelts could be out to start something. Photographer Brunelli plain didn’t like ’em. Me? I kind of think that if you’ve got to fit something into a car and you can make a feature of it, then go for it. Especially if it’s orange seat-belts.

This review was originally published in MOTOR’s November 2004 issue

The point is, the turbocharged Renault Sport Megane 225 is, just like that, simply going to polarise folks, not least because it’s dangerously in-yer-face. Dangerously, that is, because those with the readies to partake of such a moderately-sized, five-door delicacy are potentially pretty conservative. 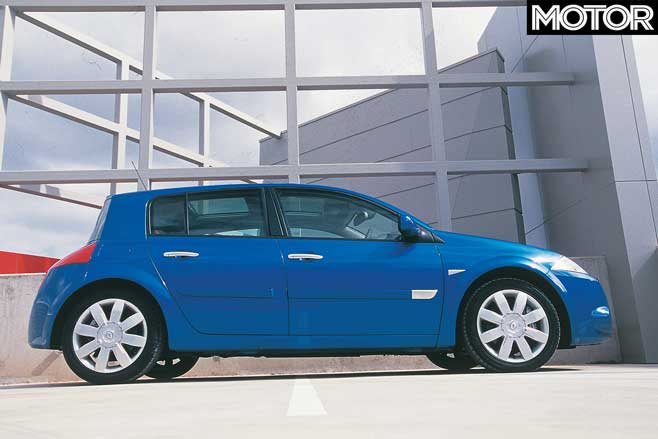 And certainly, they’re likely to be a lot more conservative than the demographic Renault had in mind when it sketched up details like the twin sunroofs, ‘goitre’-style driving lights, credit-card ignition, guide-dog-harness park-brake lever, and, of course, that controversial bustle-butt.

However, for the rest of us non-stiffs, the Megane Turbo is a refreshing cause for mirth for all those reasons. Ok, maybe not the credit-card ignition which insists you have the motor running before you can wind down a window or listen to the stereo. But the other stuff? Yeah, it’s kind of funky.

The fun non-conformity starts when you open the door. Its front pews are great; its dual sunroofs mean the interior is light and airy; and the soft, perforated leather trim pleasing, but the rest consists of grey plastic of about four different coarseness levels – five, if you count the speaker grilles.

A stereo-control wand hidden from sight by the tiller is one of the Megane’s glitches, as is the fact that the front sunroof gobbles up headroom for anybody approaching six foot. 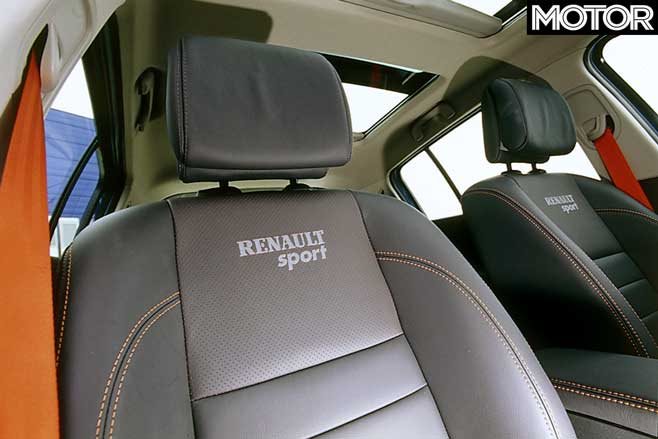 Hit the starter button next to the ignition-card slot and the two-litre turbo-mill blaps into life and idles like any other modern four-banger.

Out on the road, the gear ratios are fairly long, but well matched to the way the engine makes its torque (100km/h in sixth equals just 2250rpm). Its shift is quick and deadly accurate, and its engine is an absolute gem.

With plenty of turbo-rush and that huffy, force-fed feeling letting you know it’s fit, the Megane’s power delivery is a gas. Then you check the spec sheet and discover there’s a man-sized 165kW on tap at 5500rpm and no less than 300Nm of grunt at 3000. Same as a Subaru WRX. My oh my. 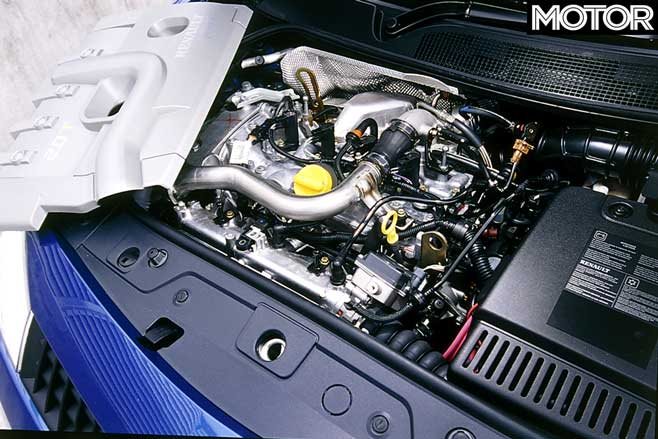 Boost comes on strong around 1800rpm, and even at B-road speeds in sixth, there’s boost and urge to be had for the asking.

The torque curve feels almost entirely flat, and while that doesn’t stop the power welling up, it does mean you can be a ratio either side of the ‘right’ gear and still stir up some action.

Things get a bit noisy beyond about 5500rpm, but such is the mid-range pork and you don’t really need to go there.

Lag is almost non-existent, and if this is where modern turbos are going, bring it on. The chassis, however, exhibits some torque steer in lower gears and a serve of push if you go in too hot. Traction control patches things up for you, but ultimately, the limit just isn’t as hot as most of us would like. 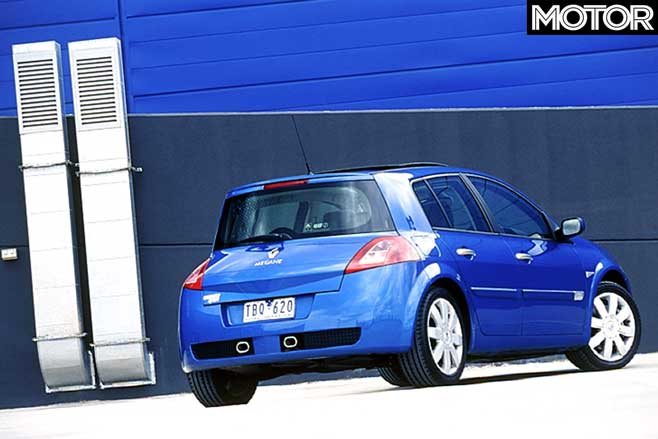 If you turn the traction off, it switches itself back on at about 50km/h. Bugger. But even if you could lock it out, the non-committal front end would apply its own ceiling, anyway. Whichever way you cut the deck, the Megane is pushy at the limit and that limit isn’t Everest-high.

Clearly, the Megane Turbo isn’t going to appeal to club-racers, but it will to those who want a snappy, nay, ball-tearing, package that says ‘Hey, I’m different’. Maybe Renault’s not that wide of the mark after all.