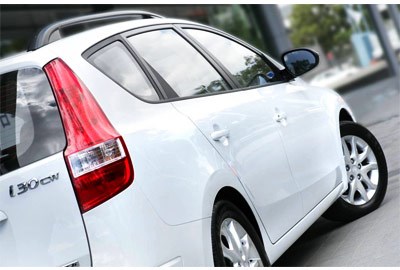 Hyundai's expanded i30 is more than just a hatch with a bigger boot...

Hyundai freely admits that only 3 percent of Australian passenger car sales are made up of traditional wagons. That's everything from the little Holden Astra and Peugeot 308 wagons, to fleet fodder like Ford's Falcon wagon, and swoopy newbie wagons like the Commodore Sportwagon and 300C Touring.

That this admission comes at the launch of Hyundai's own small/medium wagon, the i30cw (or Cross Wagon), is perhaps surprising. Yet having spent two days with the i30cw in NSW's picturesque Hunter Valley wine region, Hyundai's confidence in the car can certainly be understood.

Hyundai certainly aren't unfamiliar with the concept of small wagons - the Lantra Sportswagon was one of the first on the scene back in 1995. But what surprises is that the i30cw is more than just an i30 hatch with a bigger boot. In addition to being 230mm longer and 40mm taller than its hatch sibling, the cw's wheelbase also stretches 50mm and, crucially, offers 36mm more rear legroom.

So for approximately $1500 more than the equivalent i30 hatch, the i30cw buyer not only scores a 415 litre boot (up from 340 in the hatch), but a rear seat that is amazingly spacious in every direction. Spacious enough, in fact, to challenge any of the much more expensive compact SUVs on sale, and much roomier than anything else that starts at $20,890.

A big compliment to the i30cw is that it drives almost identically to the accomplished i30 hatch. On broken rural bitumen, the i30cw displays fine body control and an all-round level of discipline that most Korean cars lack, and this strikes as its most impressive dynamic feature. It won't hang in there with a Focus or Golf when the road gets twisty, with front-end push telegraphed loud and clear when you're really punting, but it's generally a well-balanced and competent handling car. The bigger downside is the steering, which is too light and vague, with an empty patch on centre that leaves you guessing when turn-in will actually occur.

The 105kW/186Nm 2.0-litre petrol engine is a decently smooth and willing unit, but if you can fork out the extra for the diesel, it'll be worth every cent. As in the i30 hatch, Hyundai's 85kW/255Nm 1.6-litre diesel is a little beauty, with a fine mix of torque and economy that is ideal for the family car role.

It does seem puzzling why Hyundai would restrict SLX and Sportswagon models to the four-speed auto, however. The petrol engine in particular falls victim to its widely-spaced ratios, slurring and hunting to keep the the peaky 2.0-litre on the ball. When both models cost near-$30K, it's bordering unacceptable.

Better to stick with the base SX manual, petrol or diesel, optioned with the extra 'bags, front fogs and cruise. Both offer the small family car buyer a level of space and versatility that is unmatched for the price, and that serves as a unique selling point that should heighten this car's sales potential. 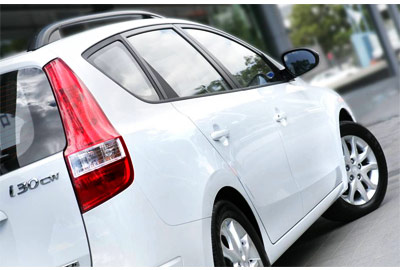 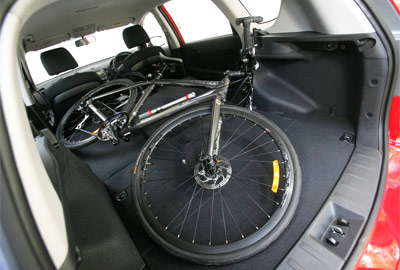 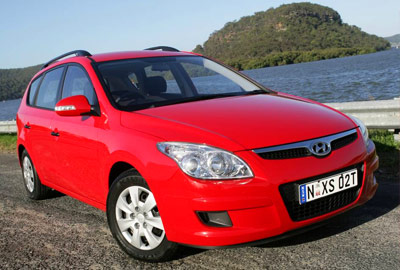