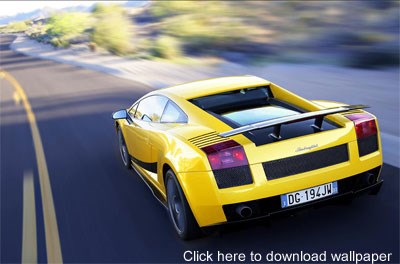 Handgun on his hip, the Arizona sheriff leans through the shallow driver's window of Lamborghini's new hardcore track weapon.

My heart rate instantly ramps up to match the fast-idling V10 at my back. Just when I think I've booked my ticket to Guantanamo Bay, the sheriff gives me tacit approval to ignore the 70km/h speed limit through the next few kays of national park. With the sheriff's drawl ringing in my ears it's time to nail the throttle. All. The. Way. Down.

With a dry weight of just 1330kg propelled by 390kW, the lightweight Gallardo jack-rabbits off the line, briefly spinning all four Pirellis. Once 5000rpm is showing on the tacho, the 5.0- litre V10 emits a growl that makes the MGM lion sound like Garfield. At 8000rpm, another gear and another addictive slug of acceleration is only a right-click away on the standard sequential E-gear 'box (the H-pattern manual is available as a no-cost option).

Think of the Superleggera as a regular Gallardo with the Spinal Tap option dialled up to 11. Since the Gallardo launched in 2003, there's been an expectation that Lambo would follow the lead set by the Ferrari 360 Challenge Stradale and Porsche 911 GT3 RS, and produce its own lightweight, track-biased special. Three-and-a-half years later, here is the proof of that speculation.

Lambo's engineers set out with a target of removing 100kg from the Gallardo coupe's kerb weight, and managed to ditch a total of 106kg. But given most cars will be optioned with the fixed carbon rear wing and a radio, Lambo PR is very honestly claiming just 100kg. A massive 47kg of that weight loss comes from the interior (see facing page for full diet details); 30kg alone from ditching the powered seats and replacing them with carbon-shelled race buckets complete with four-point race harnesses. The switch to race seats also removes the side airbags, meaning the Superleggera becomes a two-airbag car.

There's a lap-timer function built into the trip computer, but the redesigned instrument graphics look cheap and it's impossible to get an at-a-glance gauge on your speed.

A further 6kg is lost by ditching much of the sound deadening, which has the added benefit of amplifying the mental engine and exhaust notes. The exhaust itself is 8kg lighter than the standard system, and thanks to reduced back pressure, the Superleggera pumps out an extra 8kW, bringing the total to 390kW at 8000rpm. Peak torque remains 510Nm at 4250rpm, but new throttle bodies and a re-mapped ECU ensure sharper throttle response lower in the rev range. The gearbox casing is now cast from magnesium instead of aluminium, saving another couple of kilos.

Optional carbon ceramic brakes don't save any weight over the standard cast iron rotors because they are significantly bigger (380mm front and rear, plays 365mm front and 335mm rear for the steel items), but they offer better track performance. Finally, the standard 19-inch alloy wheels are replaced by lighter forged rims and then dipped in Pirelli P Zero Corsa tyres (235/35 ZR19 front and 295/30 ZR19 rear). This saves 2kg per corner and has the added benefit of reducing unsprung mass.

Nothing in the Lamborghini catalogue, past or present, can touch the Superleggera's 293kW/tonne power-to-weight ratio. In fact, nothing from Porsche, Ferrari, Lotus, BMW or Mercedes-Benz gets near the Superleggera. To get a bigger punch you'll need to spend up big to secure a Pagani Zonda, Bugatti Veyron or Koenigsegg CCR.

This supermodel kerb weight and heavy duty power output combines for astonishing performance claims. The first 100km/h comes up in a scant 3.8 seconds (0.2sec quicker than the Gallardo coupe) and the 0-1000-metre benchmark is now tripped in 21.12sec (0.3sec faster). As weight has no bearing on top speed, the Superleggera shares its 315km/h top whack with the Gallardo coupe.

However, it's around a race track where the performance parameters are truly reset. Official numbers are yet to be released by Lambo, but factory insiders hint at massive gains for the Superleggera. At the 21-km N&#252rburgring, for example, the Superleggera is said to clock a 7m40sec lap, around 10sec per lap faster than the standard car. If these numbers are confirmed, this Gallardo lite will top the Porsche 911 GT3 RS around the 'Ring.

Unfortunately we don't have the 'Green Hell' at our disposal, but we do have the Phoenix International Raceway (PIR). Used primarily as a NASCAR tri-oval, PIR also features a tight and technical in-field, not dissimilar to Goulburn's Wakefield Park or Winton Motor Raceway in Victoria - in other words, a perfect test for a track-biased road car.

Within one lap, the Pirelli P Zero Corsa R-compound tyres are up to temperature and sticking like Araldite. The steering locks the front end onto apexes like a Sidewinder missile, with feel and precision flowing back through the suede-trimmed, flat-bottomed steering wheel. In fact, the Superleggera's steering delivers the kind of chatty minutiae you'd usually only experience in a track-biased Porsche like the GT2 or GT3.

Through fast changes of direction, where the Superleggera is resolute in its line and flat stance, the four-point harnesses have to work overtime to clamp you in the seat. So sharp and instantaneous are the Lambo's responses, you need only to 'think' the car around the lap as if it's hard-wired into your frontal lobes.

Overstep the mark, however, and the transition from neutral cornering stance to massive oversteer is brutal. Still, like the standard car, the Superleggera slides and recovers better than any other big-power, mid- engined supercar. And up to eight-tenths, the super Gallardo remains adjustable and benign.

Despite packing a better weight-to-power ratio than the Murciélago LP640, Superleggera owners should not get cocky and poke the big bear. Not only does this Gallardo lack the seismic top-end shove of the LP640, it also cannot match the instantaneous, almost superbike-esque low-rev response of the big-cube V12. But around the track, the Superleggera driver doesn't need to work as hard to go as fast as the LP640 pilot, and has the added safety net of ESP on which to fall back (lacking in the older Murciéago).

Lamborghini's engineers have been improving the shift quality of its sequential E-gear system since the Gallardo launched in 2003. This latest iteration is closer againto perfection and preferable to the H-pattern manual. It's still best to smooth part-throttle upshifts with a subtle lift, but downshifts are fast, decisive and met with an addictive braying from the V10 as the software matches engine and road speed. Purists may moan, but the two-pedal, two-paddle arrangement is perfect for track work or fast road driving, allowing you to focus on your rapidly arriving braking points.

Away from the track the gearbox is much happier with mundane driving than previous iterations. Moving away from standstill or performing three-point turns, for example, no longer slips the clutch to stinking point.

It's testimony to the improved quality of the cars, and to Lamborghini's faith in its product, that the Superleggeras had minimal kilometres showing on their odometers when we got our first taste. Our test car had covered less than 200km when we arrived at the racetrack. Yet in three solid hours of circuit time, not one of the Superleggeras (or Murciélago LP640s that Lambo's test drivers were using as pace cars) suffered from the 40-degree C desert heat. Water and oil temps never threatened to rise above half gauge, and the carbon ceramic brakes continued to bite with confidence as the laps and pace piled on. Even the tyres remained blister free.

Despite the hardcore changes, the Superleggera remains useable like few other cars offering such mind-blowing performance. On regular roads, you can certainly tell that the damping is firmer and that there's more noise transmitted to the cabin. However, over Arizona's undulating coarse-chip back roads, the suspension offers the perfect blend of body control and compliance. Sure, it's not as easy to live with as a Porsche 911 Turbo, but the Stuttgart stormer fails to deliver the visceral responses on tap in the Superleggera. Surprisingly, it's also only a few degrees more aggressive on the road than a standard Gallardo, and certainly more supple and relaxed than a Porsche 911 GT3. It's a big call, but, along with the Ferrari 599 GTB, the new Lambo is very close to the perfect balance of supercar focus and 'everyday' useability.

Around 350 Superleggeras will be built per year in addition to the 1500 or so Gallardo coupes and Spyders rolling off the line at Sant' Agata. Just 10 Superleggeras will get an Aussie passport, with a base price of $464,600. Tick the boxes for the carbon ceramic brakes (approximately $30K) and the carbonfibre rear wing (around $12K), and you'll need to raid the offshore account for a shade over half a mill. Odd as this may sound, that's something of a bargain given that the new lightweight Lambo is one of the most focused and rewarding supercars ever made, at any price. 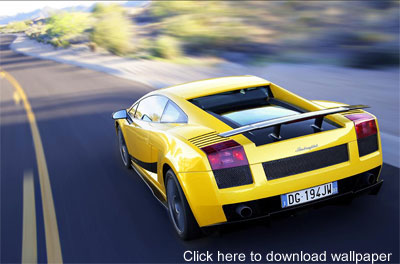 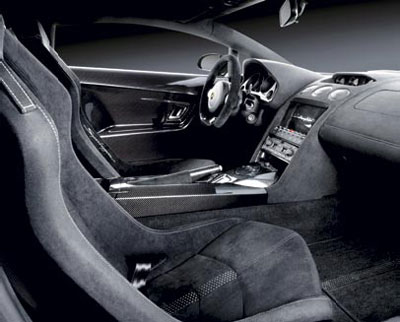