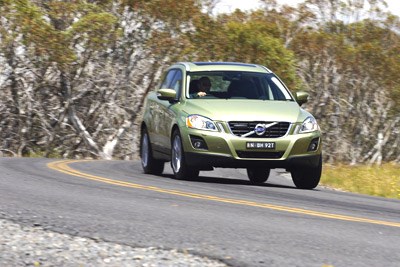 Check the badge. Yep, it's a Volvo.

Volvo has rediscovered safety as its prime spiel for the Naughties but this time it's not just safety.

The all-new XC60 all-wheel-drive crossover comes with one of the most impressive safety suites we've experienced outside of expensive, high-end Germans. But these days Volvo isn't just playing a one-note tune.

It's taken some time but the Swedes now understand that playing the safety game is not nearly enough. Even when they claim proudly that this "is the safest Volvo yet".

The XC60 is handsome, contemporary Volvo. With that signature grille and strong shoulder lines, it is even at a fleeting glance, unmistakably a Volvo.

And in other ways too, it is willing and able to go up against some stellar performers led by the popular BMW X3, Lexus RX and the Land Rover Freelander. Soon it will have the Audi Q5 to contend with in a market segment that can only grow as its snares customer away from the bigger, pricier products in a world adjusting to lots of economic pressures.

The XC60 hits the market on the fly with sharp pricing starting at $57,950, greatly improved ride and handling, good equipment levels, smart cabin, excellent visibility, the practicality of a wagon with clever seating/cargo configurations, and the choice of two turbocharged engines - a 3.0-litreV6 petrol T6 and a five-cylinder 2.4 diesel D5.

The T6 and T5 are both mated to Volvo's six-speed Geartronic auto, with a manual sequential mode. The T6, additionally, gets a livelier Sport mode.

It gives the XC60 a clear sporting feel. Quick, somebody please check is this is really a Volvo...

The old five-cylinder turbodiesel has the same peak torque as the six but offers up just 136kW of power. It lacks - and this was a surprise - low down torque. The tacho needs to be above 2000rpm before it starts to haul, and then it hits the wall at 2750. But right through the rev range it lacks the urge of the petrol six.

Refinement is impressive, with the sounds of the petrol engine nicely subdued, even when working hard.

The common-rail diesel, strangely, has quite a raunchy exhaust note, moving into a pronounced throb as it works up through the upper reaches to the 5500 redline.

The diesel's big attraction, not surprisingly, is fuel efficiency.

With the cruise control set on 112km/h, the D5 returned 9.5litres/100 in a 100km route on undulating rural back roads. The petrol model would struggle to get below 14l/100km over the same territory. Earlier, pushing it hard over the Snowy Mountains, Wheels returned 15.6L/100.

The wooden steering and dull front-end feeling of Volvos past is missing.

On 235/60/R18 Pirelli PZero Rossos, it gobbled up the mountainous twists and turns with ease, the petrol six firing us out of tight turns with all the enthusiasm of a sporty machine.

The platform, also used by the excellent current Ford Mondeo, a vehicle of acclaimed dynamics, has been well used by Volvo.

It may not quite be the equal of the X3 in ride and handling and steering, but it is a great leap forward from even 10 years ago. The ride is firm, but it recovers from bumps in a heartbeat and stays unerringly on track.

But the standard electro-hydraulic steering is a tad light on road feel and lacks a little in the straight ahead. But most owners will find nothing to quibble about in the driving experience, except perhaps for the seats, which lack the necessary side bolstering to keep the torso planted when using the vehicle in an enjoyable fashion..

The brakes are excellent and the anti-lock threshold is now just right. In the bad old days, the ABS would start chattering if you moved your foot near the brake pedal.

The all-wheel-drive system is Volvo's fourth-generation Haldex which adapts on the run to meet road-surface changes and driver input. On take-off, it operates in AWD, but quickly directs 95 per cent of the drive to the front wheels for efficiency (while monitoring the grip available to all four wheels). If the road conditions change, up to 50 per cent of the power may head to the rear wheels

Functionality is a strong point. We noticed the XC60 has a tremendously handy turning circle reminiscent of the old rear-drive Volvo 240 series.

Standard cargo area is 490 litres. The rear opening is claimed to be the widest in the segment. The split fold is a versatile 40/20/40 form. All the seats, including the front passenger will fold flat to create a very useful luggage carrying capability.

We didn't go for the blond wood console trim. Very Ikea. But there are alternatives and plenty of leather combos. A notable absentee is a sat nav system. It's part of the optional Technic Pack which also includes Park Assist reversing camera, active bi-xenons and Bluetooth ($3990-$4990, depending on model)

Now back to the safety story...and the XC60's big news, the City Safety collision avoidance technology.

The City Safety system works by continuously monitoring other traffic up to eight metres in front of the XC60. It's done using a laser sensor fitted high on the windscreen. Should a potential whack be detected, and the speed differential between the two vehicles - the XC60 and a possible tail-end victim - the system brakes the car hard and thus avoids a nasty collision.

A second scenario - if the speed differential is above 15km/h, the system will brake the car quite dramatically and so reduce the severity of the impact.

We tried both scenarios on a closed course near Canberra - using soft inflatable cars - and it is impossible to go away not believing City Safety has the potential to save the bacon of drivers who may have been distracted or day dreaming...

It won't work if there is a significant overlap to the vehicle ahead (in this case the sensor may 'miss' the target). But in many cases it works wonderfully and it's small wonder that the insurance industry is hailing City Safety as a breakthrough potentially worthy of a 20 per cent reduction in premiums.

City Safety is standard on every XC60 model, and will be gradually fitted to others in the range.

Volvo admits now that it needed to make safety 'sexy'. Gone are the sad, old days of presenting the safety tome in a car that looked like industrial packaging. Consumers have re-embraced safety in a major way lately, but it needed to come with the whole nine yards. This one goes close.

Looks, pampering comfort, good dynamics and performance are inclusions, although the XC60 loudly screams its array of safety virtues.

The XC60, on our one-day 500km appraisal, seems to measure up as a powerful rival in the compact luxury AWD niche.

Volvo expects the take up of petrol versus diesel to be roughly 50-50, despite the D5's price advantage.

Coming in the third quarter is the 3.2 XC60 at a price point below the Luxury Car Tax and below the D5.

So there's keen enough pricing to go with the most enjoyable Volvo since, um, maybe the P1800. 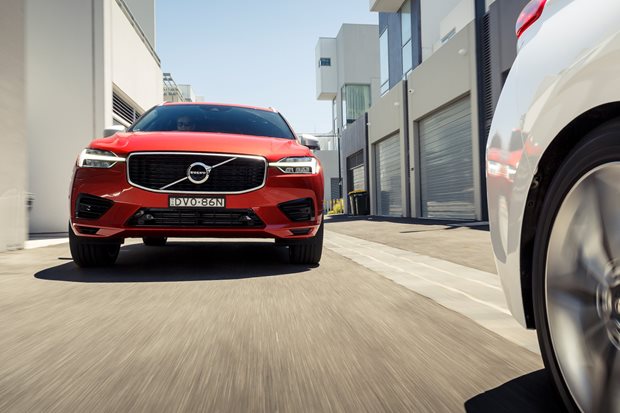 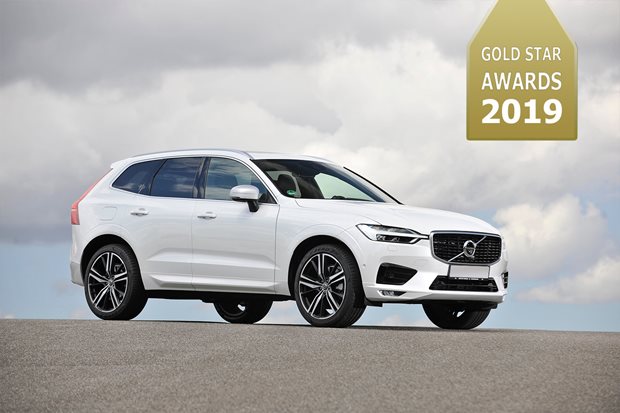 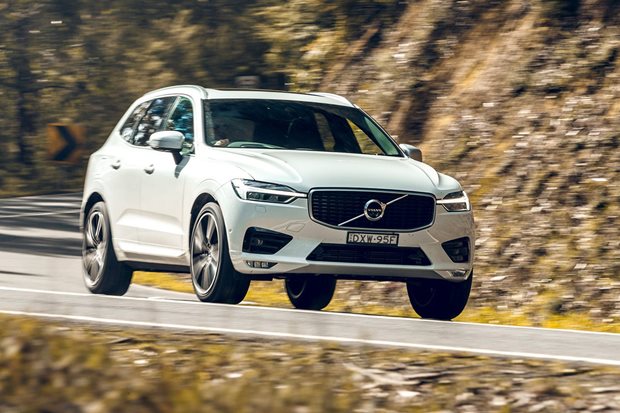 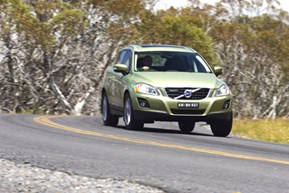 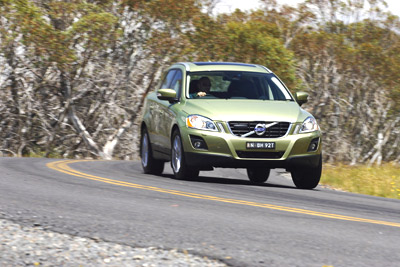 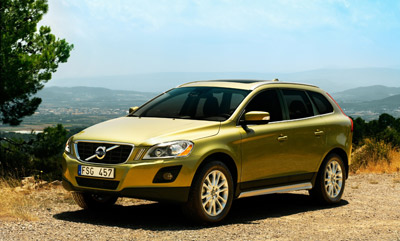 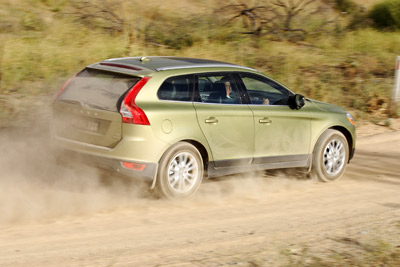 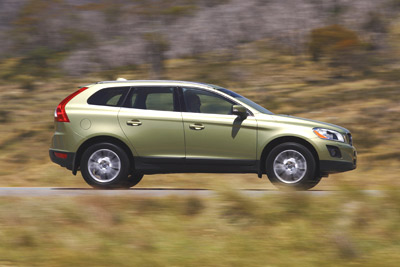