The Opel sourced Astra hatch has just made a return to the Lion brand’s line-up, bringing with it the convertible Cascada

The Holden Cascada is the convertible version of the Astra – the Opel sourced hatch has just made a return to the Lion brand’s line-up in three-door GTC, GTC Sport and VXR form.

The Holden Astra and Cascada are the first of 24 Opel models set to join the Holden range over the next five years, and the Cascada provides a welcome alternative to the small (and medium) European convertibles already on sale.

WHAT IS IT
The Holden Cascada is a soft-top convertible version of the fourth-generation J-Series Astra.

The Cascada’s mechanical makeup is similar to its coupe siblings, the GTC and GTC Sport. It uses the same new-generation 1.6-litre direct injection turbo four cylinder engine, but is offered only with a six-speed automatic transmission. Just as in the Astra, this means outputs are reduced to 125kW and 260Nm (compared with the manual transmission Astra).

A pair of well-equipped variants is offered – the basic Cascada and a run of 50 Cascada Launch Edition versions, with 20-inch alloy wheels and Nappa leather among the upgrades.

WHY WE'RE TESTING IT
Wheels was given a drive of the 2015 Holden Cascada ahead of its imminent arrival in showrooms.

THE WHEELS VERDICT
Compared with the Astra, the Holden Cascada trades performance in search of top-down fun. Because it’s six-speed automatic only, the 1.6-litre turbo is detuned 22kW and 20Nm, and the Cascada piled on a lot of weight in the transition from Astra coupe to convertible – it weight more than 1700kg – which mean it’s no star performer.

The Cascada is built on the same platform as the Astra, and has its HiPerStrut front suspension. It’s a decent handler.

The powered soft top is quick (it takes 17 seconds to open/close) and can be operated during driving, at up to 50km/h.

THE WHEELS REVIEW
DRIVER appeal, in the Holden Cascada, comes from dropping the top on a nice day rather than the drive experience, but fortunately that’s just as true of the small cabrio class as a whole, including rivals such as the Volkswagen Golf Cabrio and Renault Megane CC.

Similar to the Holden, they’re heavier and less powerful than the hatches they’re derived from, come only as autos, and ultimately place frills ahead of thrills.

But the Astra-based cabrio has aces. The Cascada offers more performance than the atmo Megane CC, thanks to a new-gen 1.6-litre direct injection turbo four shared with the Astra GTC, and while it’s not as swift as the Golf Cabriolet, it’s better equipped and has more space in the front, back, and the boot.

The engine offers 125kW and 260Nm and is paired with a six-speed automatic transmission. A hefty 1744kg kerb weight means performance is only okay – the 9.9sec 0-100km/h claim feels right – and the engine’s note, though refined, does little to make it feel any quicker.

The porky kerb weight conspires to remove agility and involvement compared with the coupe variants, even though the Cascada shares their clever HiPerStrut dual-axis front suspension, which can be sensed in the steering’s connected feel and the chassis’ agreeable country-road manners.

Ride on the Gold Coast hinterland roads of our test was taut, but with enough elasticity to smother most bumps on the standard 18-inch wheels and tyres. It’s a bit busier at low speeds, especially on the Launch Edition 20s, which also allow in more NVH.

The Cascada’s roof is of the folding fabric variety, and it operates quickly, powering open or shut in 17sec at road speeds of up to 50km/h. When stowed, the roof reduces boot space by 100 litres, to 280L. There’s some scuttle shake, as there is in almost every cabrio, though windscreen wobble isn’t too obvious.

The interior will be familiar to anyone who has driven a new Holden Astra – or a 2012 Opel Astra. The multimedia screen looks dated and proved a less-than-intuitive interface. However, LED ambient lighting adds class, and a heated steering wheel and front seats, dual-zone climate control and a reversing camera are standard.

We’re not sure why the Cascada weighs as much as it does, and gear shift paddles would inject a bit more involvement. However, despite suffering its share of small-cabrio issues, the Cascada looks set to lure value-conscious Euro-cabrio buyers away from the pricier prestige players. 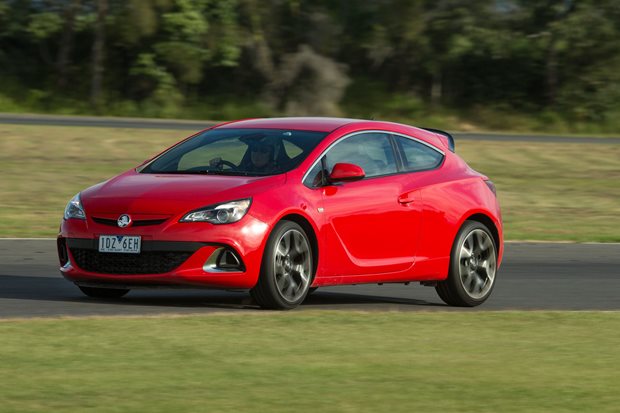 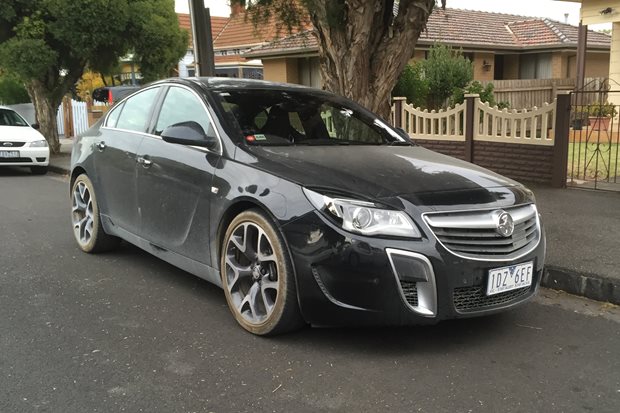 Is this the future of HSV? Courtesy of Opel, the Holden Insignia VXR is finally caught wearing the Lion insignia ahead of its official launch Down Under 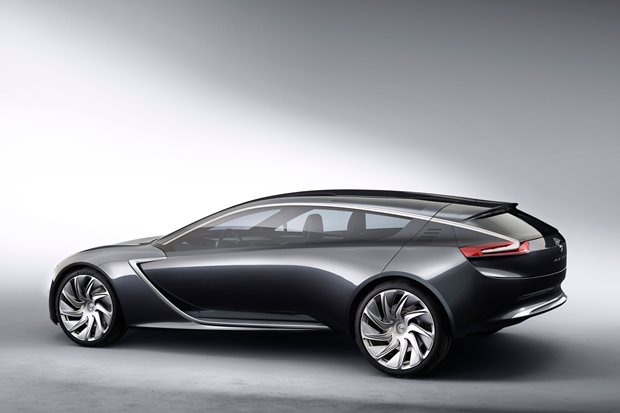 Holden will have a voice with future European-sourced Opel models, which will make up at least a third of the brand’s future sales 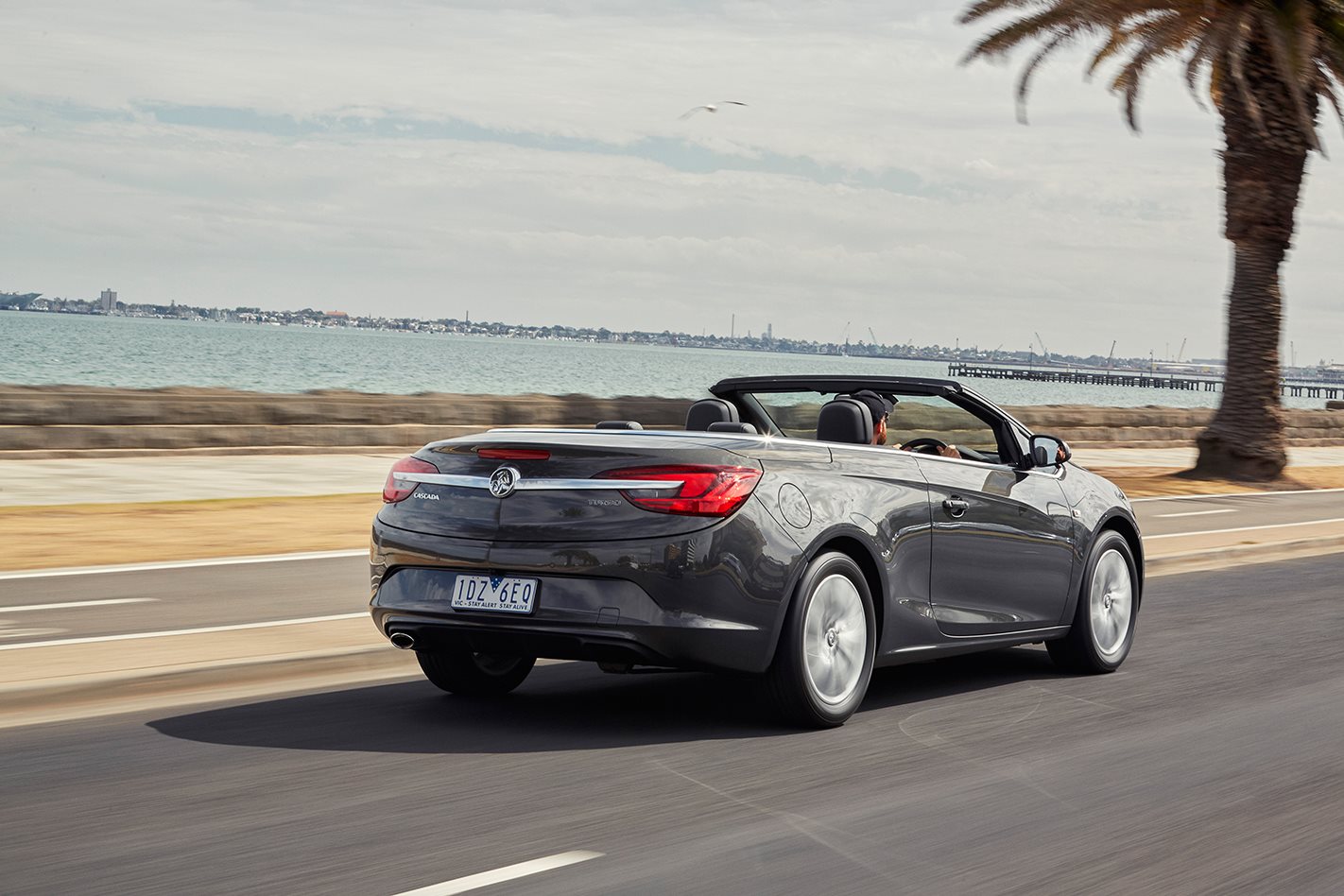 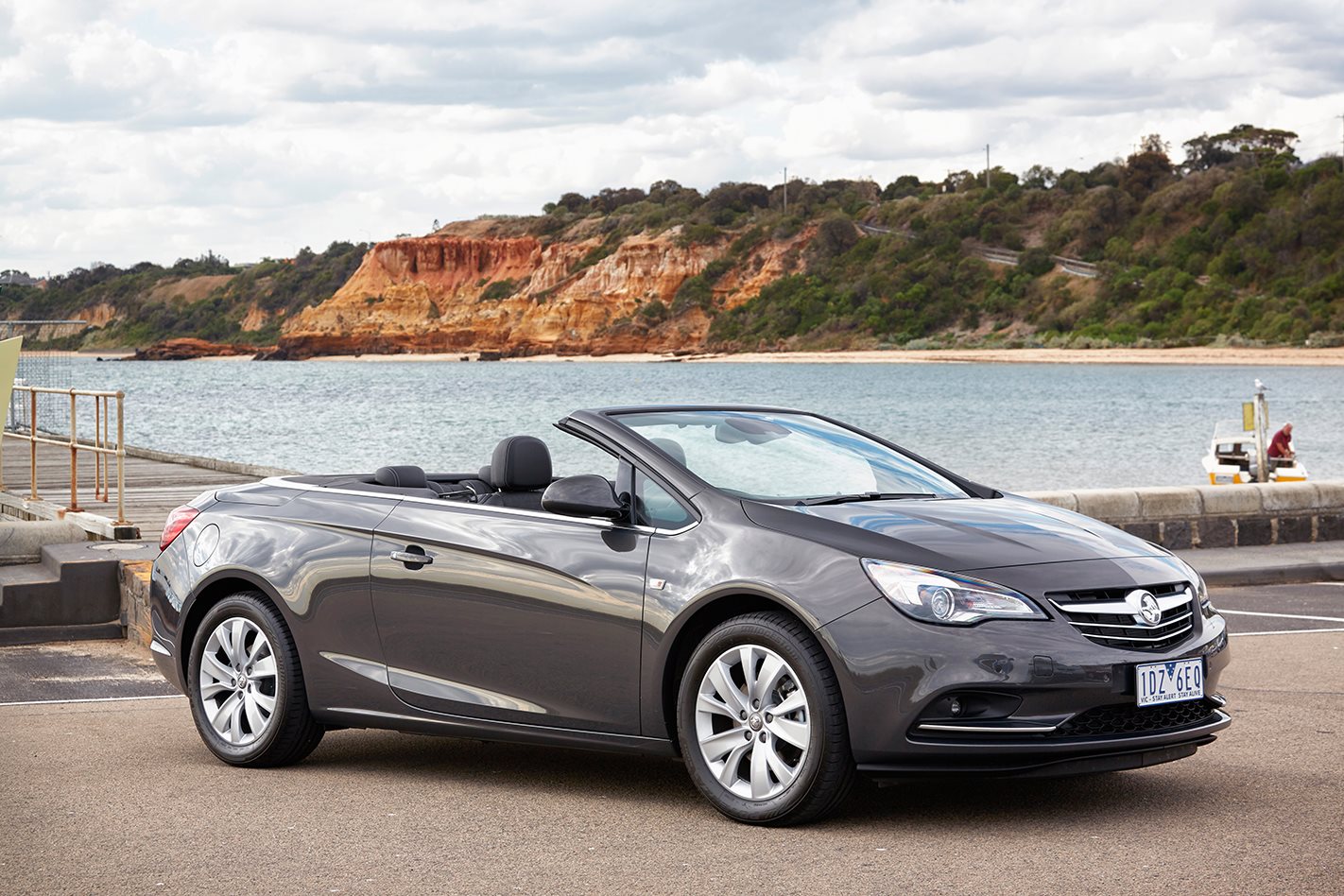 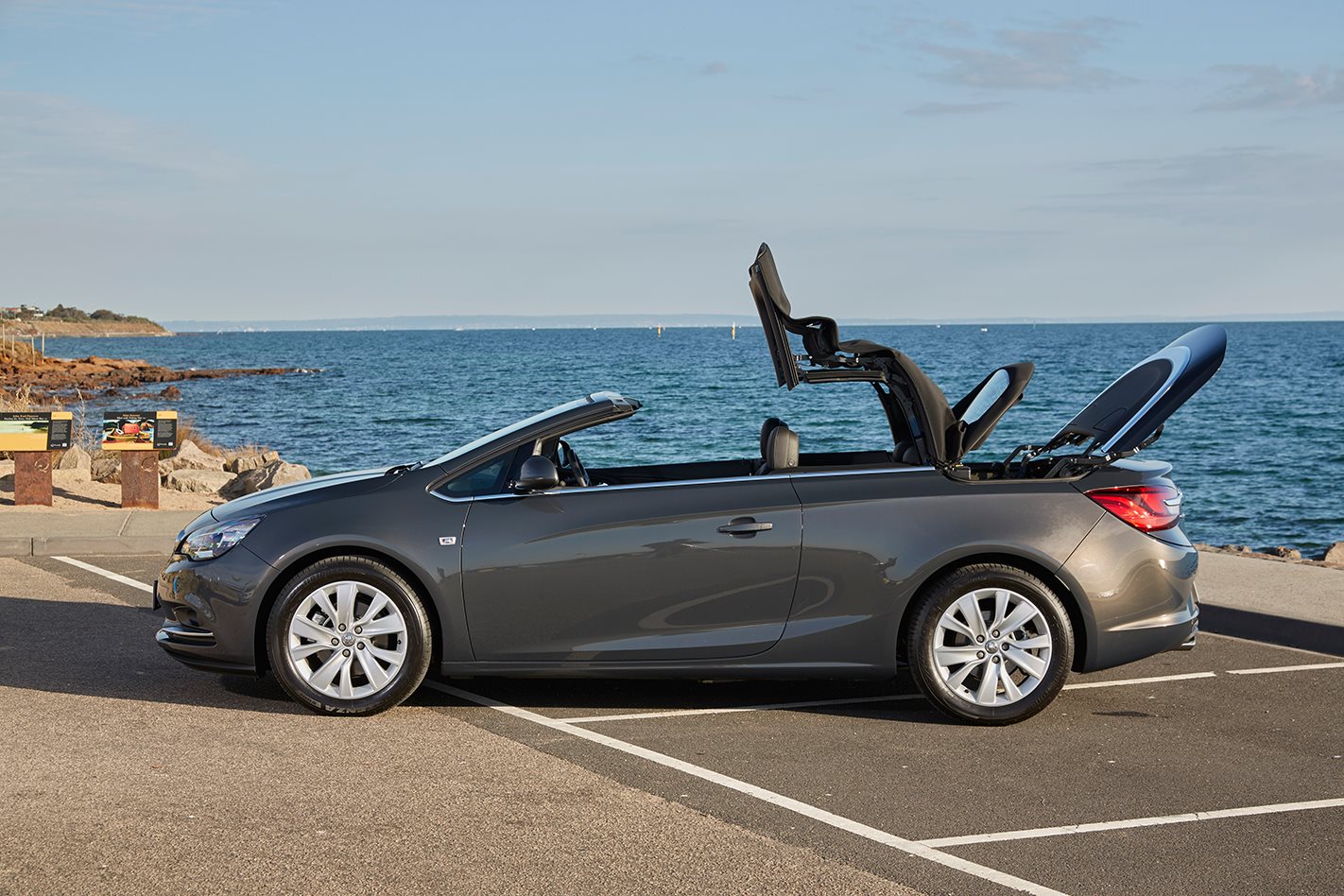 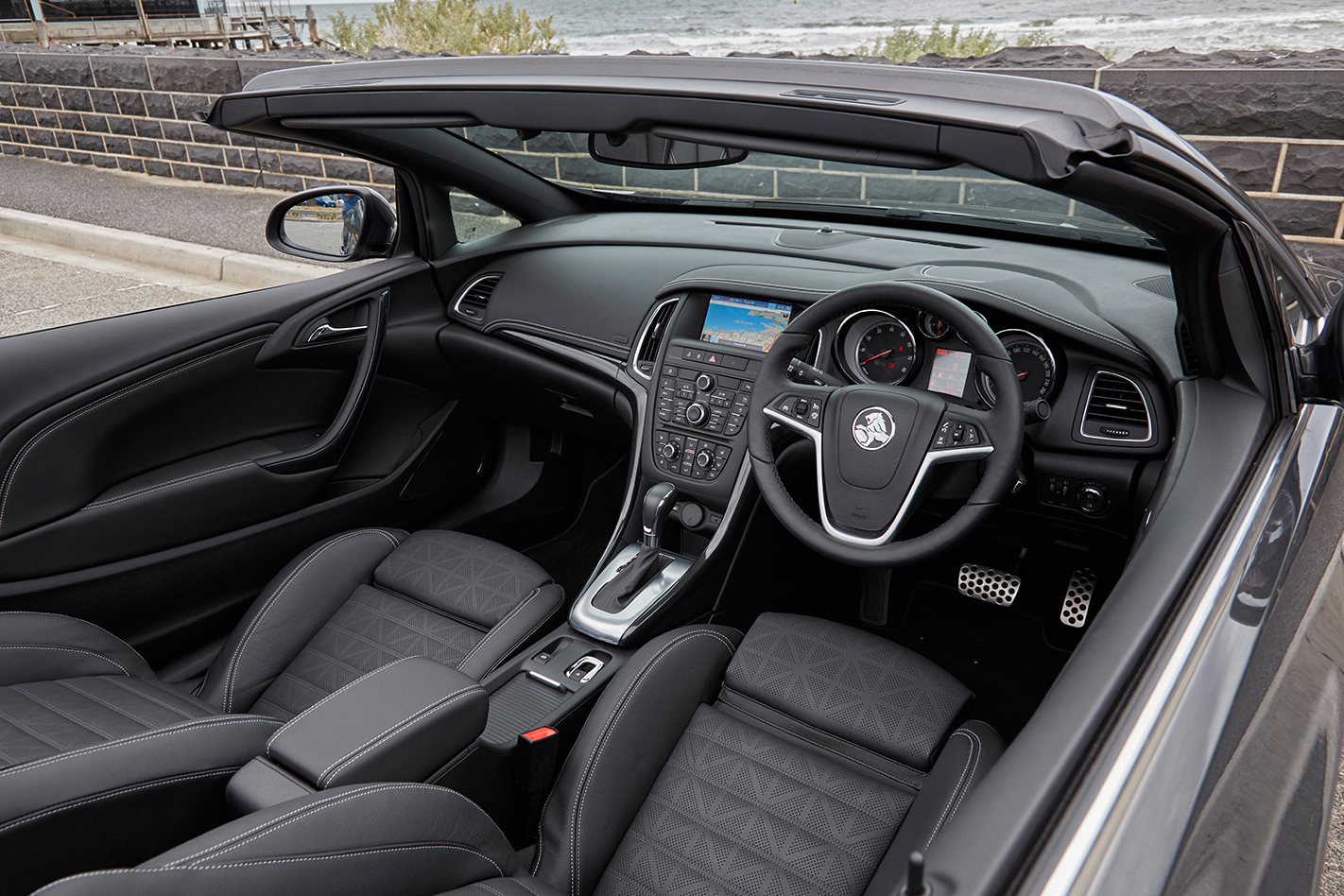 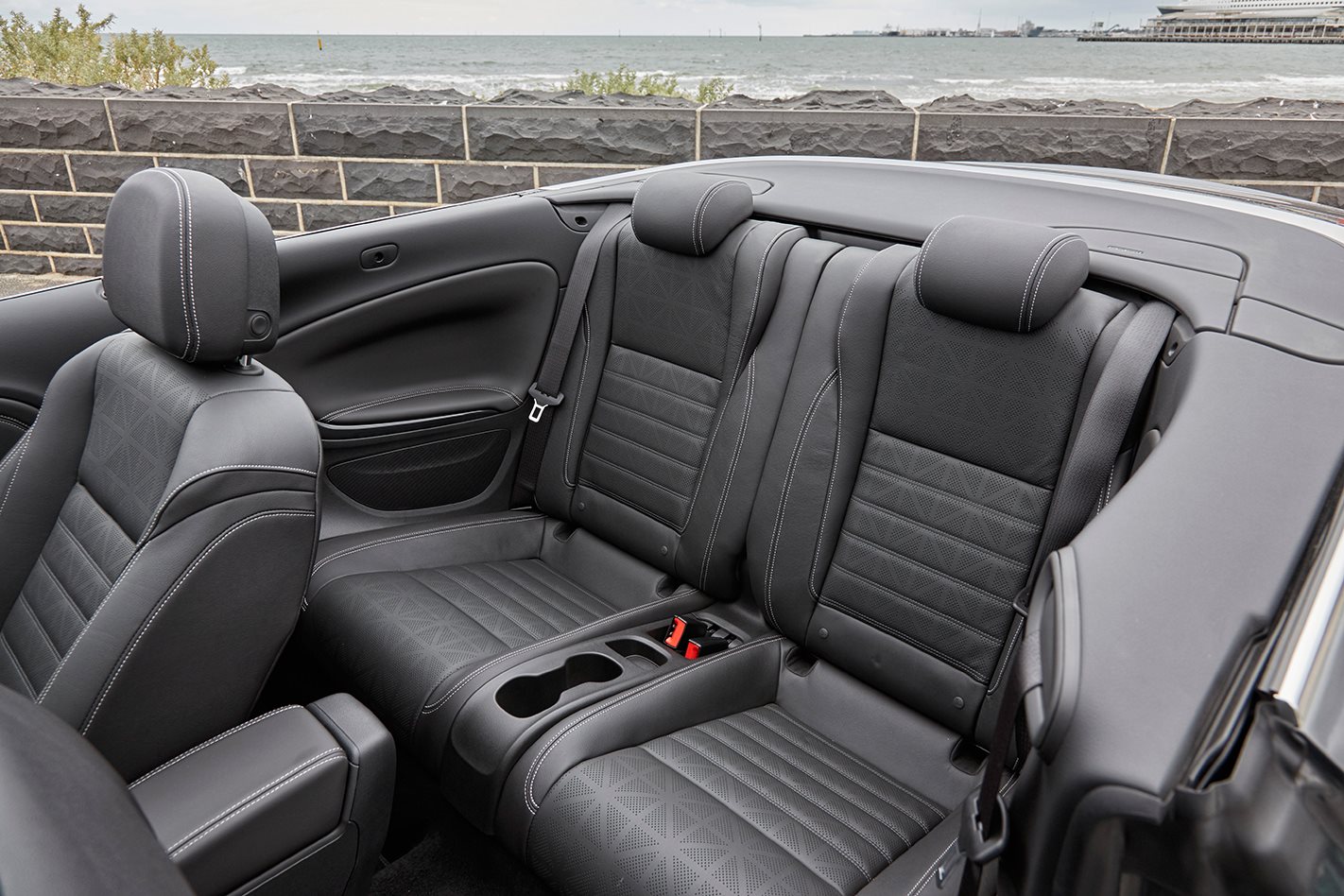 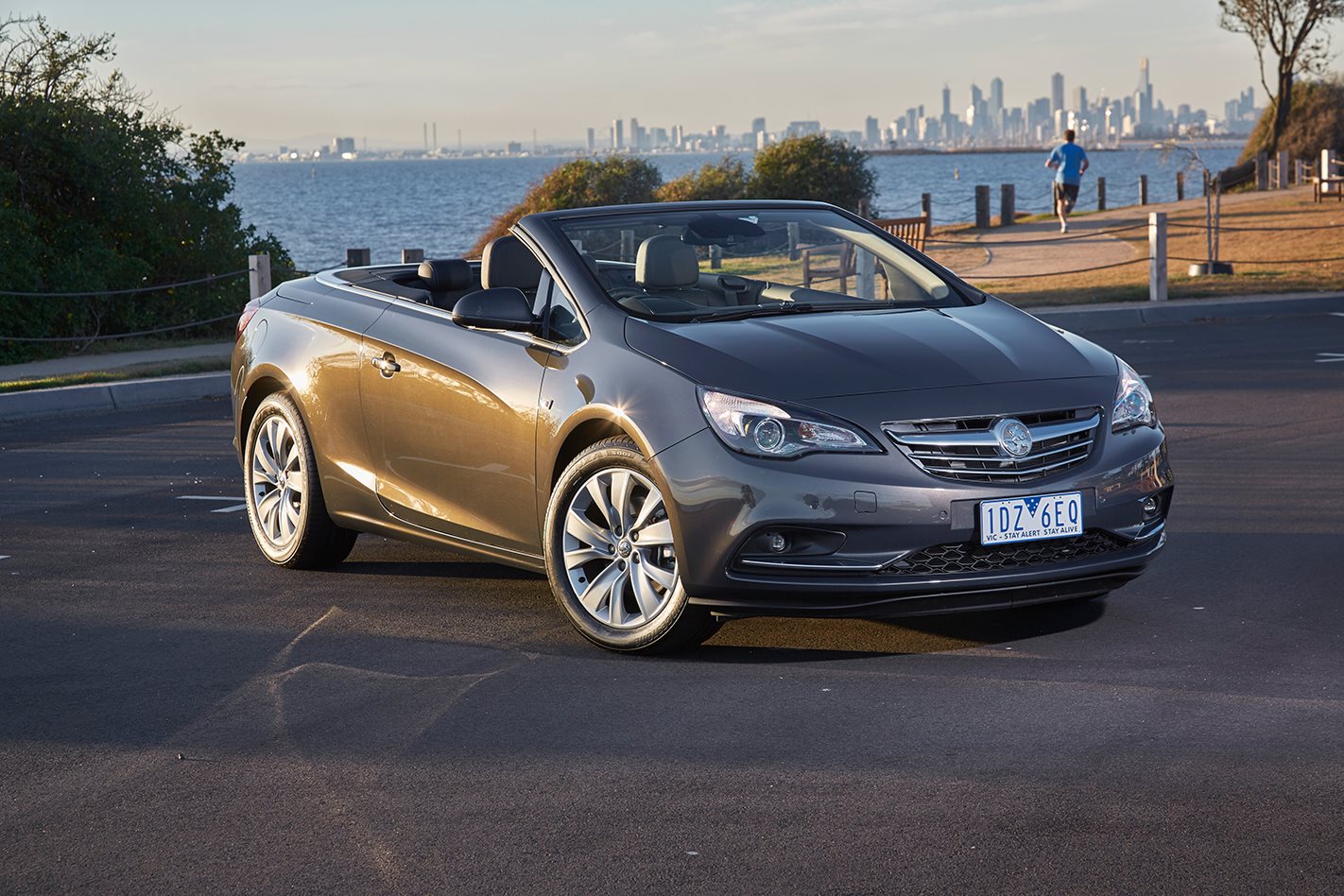