Honda has improved one of its most invisible models – the UK-built Civic Hatch – to the point where it is a viable alternative to the better of the C-segment five-doors.

WHAT IS IT?
The MY15 facelift for the Honda Civic Hatch. Now in its ninth generation, the Civic Hatch has been designed and engineered to take on Europe’s best, but has fallen since its 2012 launch due to some packaging, refinement, and styling issues. To its credit, the Japanese manufacturer has been chipping away to make the Euro five-door better.

WHY WE'RE TESTING IT
The small car segment is Australia’s largest, and with the second oldest nameplate in the business undergoing yet another update we’re sure to take notice. Especially as the UK-built Civic Hatch has been on the cusp of goodness, if not greatness, since its launch here more than three years ago. 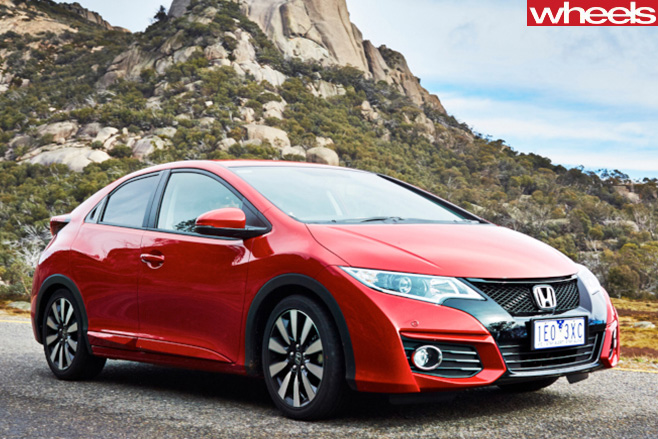 THE WHEELS VERDICT
AFTER Corolla, Civic is the longest running small-car nameplate in Australia, so it is a bit of a surprise to learn that the pioneering hatchback is languishing at this point in its life. But why? Facelifted and improved for 2015, the base VTi-S five-door auto is a compelling little package.

THE WHEELS REVIEW
NOW IN the twilight of its ninth generation, the Civic Hatch is not going to suddenly set the small-car scene on fire. The compact Honda – and its overpriced predecessor, which also hailed from Europe – has failed to gain a foothold since launching in Australia during 2012.

But now there is a keener priced, better equipped, and facelifted version of the British-built oddball, ushering in a host of improvements. 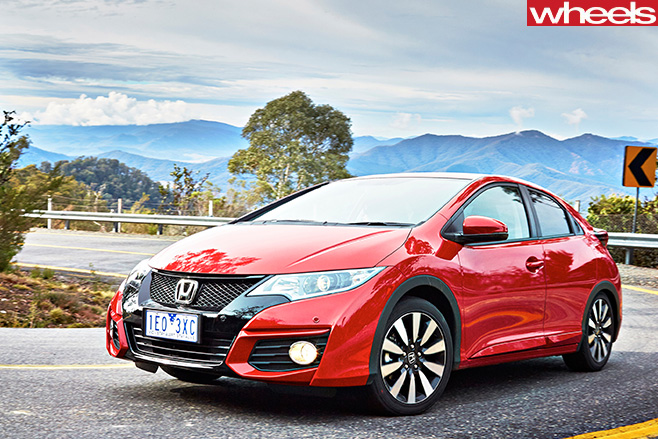 Featuring a revised nose, tail-lights, bumpers, rear spoiler, and body side mouldings, these build on the running changes that have happened to the series since its mid-2012 launch in Australia. Along with altered suspension tuning, noise suppression properties, and stability and traction control modifications for more controlled cornering via the brakes, they help make the Hatch a better ownership proposition. As Vanessa Williams would say, they’ve saved the best till last.

Sadly, however, the excellent 1.6-litre turbo-diesel (just released in the RM CR-V Series II) has recently been dropped. It’s a firecracker so if you find one, do it. 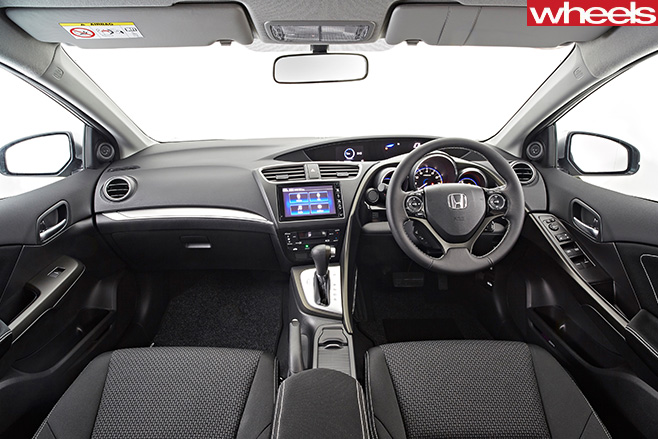 Whatever you make of the dashboard, it is utterly functional in execution, despite a divisive/distinctive split-level layout. Excellent ventilation, plenty of storage, and a digital speed readout up at eye level, above a trio of analogue dials below, are plus points. Note, though, that taller drivers may find the otherwise excellent driving position fouled by limited headroom.

While we’re still whingeing, over-the-shoulder vision is poor (that camera is essential gear), the rear wiper only sweeps half the bisected back window, and the rear cushion is a bit too flat for taller folk. On the flipside, thanks to Jazz-style ‘Magic Seats’, made possible by the movement of the fuel tank to beneath the front seat area, tip the cushion upwards and there is a uniquely deep floor with walk-through capability, or fold the backrest down and the whole set-up folds down flat to create a panel-van rivalling cargo area that would be way comfier (and roomier) than any LX Torana Hatch Hutch. Even with all seats erect, there’s a class-leading 477 litres of luggage space.

At the other end of the car, the long-lived 1.8-litre single-cam four-cylinder i-VTEC petrol engine and five-speed automatic is a healthy combination, moving off the line smartly and maintaining a steady stream of power up the rev range. It is surprisingly responsive if you need some instant kick-down forward thrust. 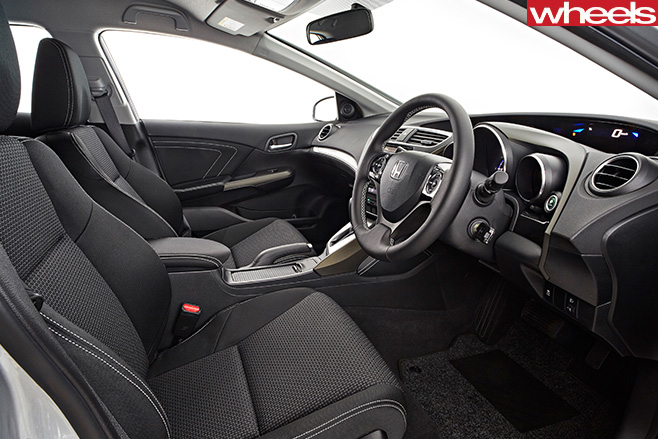 The steering is the best yet for this generation Civic, providing a measured agility that – while not oozing feel and feedback – is still involving enough to let the interested driver know what the front wheels are doing. Additionally, there’s a fair amount of roadholding, less tyre noise intrusion than we recall, and the suspension does a fine job soaking up urban bumps. Only when the surfaces really deteriorate does the Honda’s torsion rear end begin to make itself felt and heard.

All up, then, the MY15 Honda Civic Hatch has left us more delighted than expected. Thanks to the fruits of its engineers’ persistent labour, the European five-door is complete enough to fend off all but the best in the C-segment (Golf, 308, Focus, and Mazda 3). Who’d have thought this one would have aged so gracefully?

Click here to read the full range review of the Honda Civic. 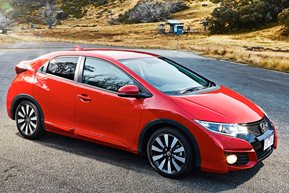