When too much is never enough, there’s always the Walkinshaw Performance Products enhancement of the latest LS3 V8-powered Holden VF II Commodore. Power cranks up to 547kW (hence the name) and torque to a mighty 880Nm.

WHAT IS IT?
The W547 is essentially a supercharger kit for the 6.2-litre LS3 Chevrolet engine that is now standard in all V8-engined Holden Commodores. You provide the car and $25,990 and a WPP reseller will do the installation.

WHY WE'RE TESTING IT
WPP has launched a series of these feral kits over the years and this is the latest and, sadly, with Commodore production due to end in two years, the last. If HSVs are Commodores dialled up to 11, then this thing is sits at about 15. 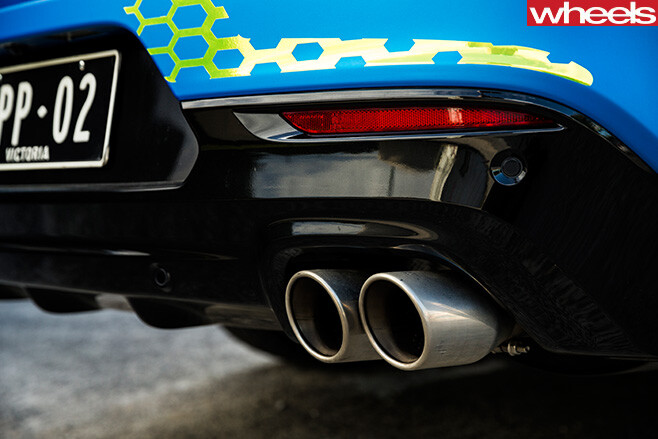 THE WHEELS VERDICT
The W547 is a hoot, a blast and a bit terrifying all in one. I honestly can’t think of any reason you’d buy it except it’s frickin’ awesome ... in a straight line

THE WHEELS REVIEW
TRY to think of the W547 in its perfect environment. With 547kW and 880Nm on tap at the flex of an ankle, it’s gotta be smokey burnouts, donuts and oversteer. Whatever it is, there’s smoke, noise and destruction, right?

Yeah, nah. It works pretty well just idling its way up the freeway’s fast lane, 80s Aussie rock hammering from the audio system while Hyundais, Toyotas and other blights on the landscape scatter from its path. 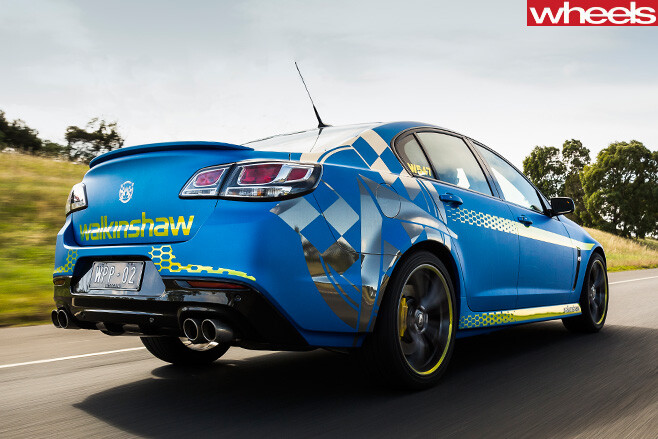 Knowing you’ve got all that bang and twist under your right foot is empowering without even using it. It must be like having more nukes than the Russians or a bigger di.. well, you know where I’m going with that.

So what is a W547? Essentially it’s a supercharger kit for the Chevrolet-sourced 6.2-litre LS3 that used to be the engine of choice for Holden Special Vehicles and is now standard across the VF II Commodore V8 line-up.

The nutters at Walkinshaw Performance Products, which is another part of the automotive group that owns HSV, have released a series of bonkers engine kits over the years for various Commodore derivatives, and this one is the last of the line. There is one other option WPP offers that is worth considering and that’s the $5950 AP brake kit, which is an improvement over what any VF II is packing.

Our test vehicle was an SS-V, thankfully fitted with the brake package. Unfortunately, it was also wrapped in the gaudiest vinyl, including a sticker on the bonnet that mimicked the bright yellow cast aluminium engine and coil covers found underneath.

Punters thought it was a highway patrol car and quickly got out of the way. Cool, although I was surprised I was not pulled over by the real thing and handed an infringement notice for bad taste.

The W547 is monstrously fast in a straight line. Using a phone app I clocked a 4.55 sec  0-100km/h just idling off the line and gently ramping up throttle percentage.  Okay, so that’s not super-fast, but a drag strip, VBox and some acclimatisation of the right foot would yield some pretty cool results. And yet this is by no means a dramatic engine. It is not lumpy, doesn’t rev with that much haste, and doesn’t have so much low-down grunt as to be undriveable. WPP says refinement is important for its customers, and this thing is a livable day-to-day drive.

Clearly those customers also like stupid-fast because this thing just keeps on gathering pace, making the mid-range a mind-boggling place to be. Revving it towards 6000rpm rewards with a more vicious mechanical snarl, supercharger whine, more likelihood of the rear-end breaking loose, and a fuel gauge that races to empty.

Beyond the engine the 547 is familiar stuff.  The GM 6L80 auto is a bit slow-witted and the SS-V chassis set-up feels tall, narrow and just too reactive to bumps at the rear to ever make this a great car for tackling a tight set of bends on the limit. But in bigger and faster corners it sets itself stably and steers with accuracy … and then just demolishes the next straight.

That is what the W547 is all about. If you want yours to be bigger than everyone else’s, then look no further.

There are no changes made to the driveline or chassis of the Commodores and HSVs in concert with the W547. The only concession WPP makes to any concerns about so much power and torque pumping through the system is a driveline warranty. But WPP boss Tony Harris insists the kit does not threaten the 6L80 transmission six-speed auto that most V8 Commodores come with: “We are probably at the absolute peak as far that driveline is concerned but we have not had any driveline failures.”