WHAT IS IT?
The descendant of the deranged 1 Series M Coupe, which makes it the ultimate version of a BMW 2 Series Coupe. And an attempt to bring younger buyers to the M brand.

WHY WE'RE TESTING IT
Because it’s a game changer for BMW’s M division, and looks like it could be close to the most purist-fibrillating car that the maniacs from Munich offer. THE WHEELS VERDICT
Superlatives have been sprayed at this car from around the world, and with good reason. It’s a return to everything we used to love about M cars, before they got a bit bloated and overly technical, and the price is not too absurd to be tempting. A seriously fun car.

PLUS: Looks tough, but not absurd; performance; engine sound; handling and balance; the perfect size for a sporty coupe; still got six cylinders; a proper M car.
MINUS: Road noise; back seats not great for adults; interior not quite special enough.

THE WHEELS REVIEW
THE 1 Series M Coupe was a werewolf in wolf’s clothing. Ask anyone who’s driven one and you’ll get the same low whistle of air out of pursed lips.

It was both great and terrifying in unequal measures, but it was undoubtedly a proper BMW M car. 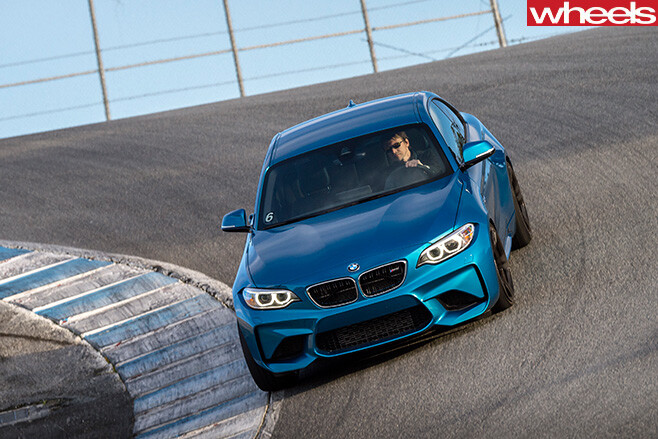 Five years on from that foray into frightening people, the passionate folk at the M Division have delivered its meaner but nicer son, the BMW M2 – a car so good that any genuine enthusiast who drives it back to back with the supposedly superior M4 would walk away wanting the cheaper option.

And, thanks to its core marketing brief of stealing younger buyers away from other brands (think annoying successful young website inventors in their mid-30s), it really is a lot cheaper, with the six-speed manual M2 Pure at $89,900 or the full-fruit “just call me M2” at  $98,900 with a DCT gearbox. Compared to $149,900 for the more powerful M4.

Yes, the bigger car is slightly quicker to 100km/h, at 4.1 seconds vs 4.3, but other than off the lights the M2 beats it everywhere, because it is sharper, lighter and smaller, with a wheelbase of just 2690mm. 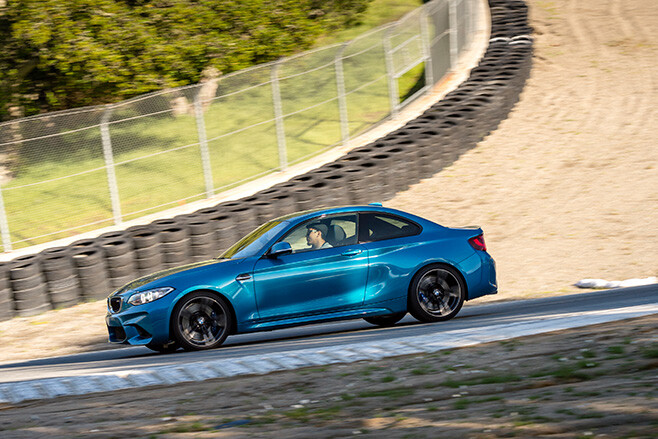 It feels pure, and old-school, despite having vehicle-stability systems that its engineers describe as streets ahead of the scary 1M. And it has ditched the ridiculous multitude of settings for gearbox and throttle of recent M cars for a simple Comfort/Sport/Sport+ set up.

Basically, it feels, and almost sounds, like an M3 from the good old days of 3.0-litre straight-six engines, which is what it is powered by, albeit a Twin Power Turbo version, making  a hefty 272kW and 465Nm in a car that weighs just 1570kg.

Our first taste of it was on the legendary Laguna Seca raceway, which was also my first try at the Corkscrew, which is officially the scariest and most nonsensical corner in the world. 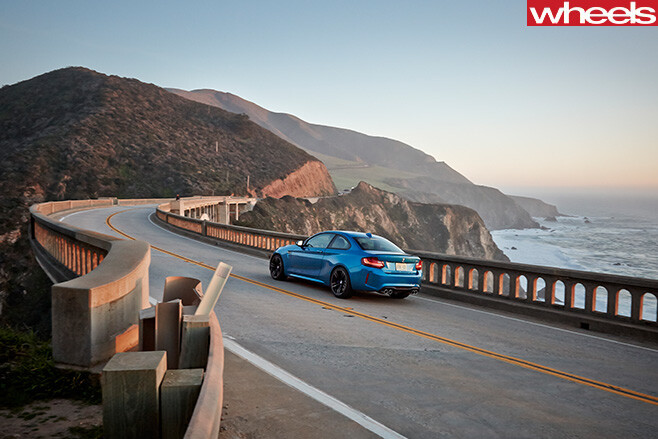 In any less-balanced, less-brilliant car it might have ended badly for me. But the M2 is so easy to drive fast, so poised and direct in its steering, that it feels like you could drive it down the north face of the Eiger and survive.

While the steering is  filled with feedback and excellent in almost every way - BMW claims it has two settings: Sporty and Very Sporty - the M2’s ‘father’, Frank Isenberg, who was also the Dr Frankenstein behind the M1, admits it is not as muscular as his last demonic baby. But then that was a hydraulic system and thus superior. 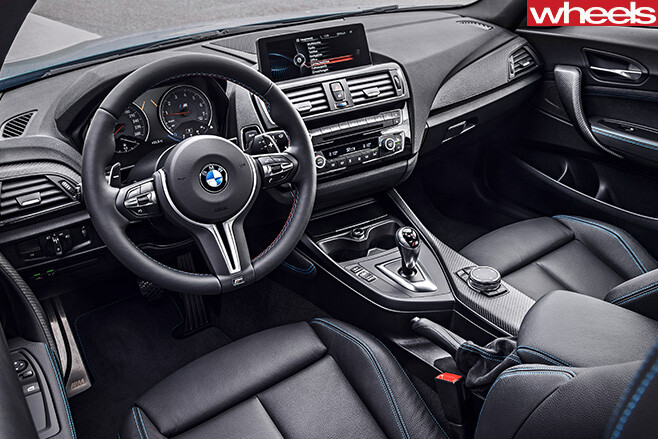 After being blown away on the track by a DCT M2’s pace, balance and rear-wheel drive, slide-happy, nature (the M Dynamic Mode can turn an idiot into a drift king), we headed in a manual out to one of the world’s greatest roads, California’s Highway One, and were, if anything, even more impressed.

While the manual M2 does rev for you on the down changes, which is annoying and unnecessary, this increasingly rare gearbox is light and easy to use and connects you with the essence of this car in a whole different way. 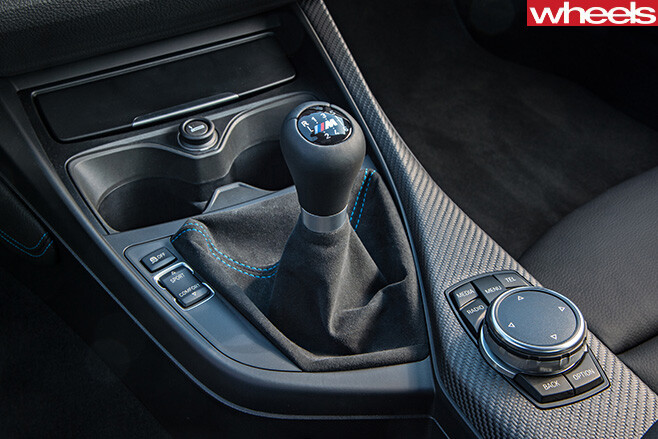 The power delivery is impressive, but it’s the big whack of torque, which can reach 500Nm on overboost, that really throws this car at the horizon.

While the M2 doesn’t have the flared rear guards of the M1, it’s still an imposing small car, with jet-fighter style front air vents that wouldn’t look out of place on a Lamborghini.

The focus on younger buyers also means the M2 is fitted with plenty of cool apps, including a GoPro one that lets you run your look-at-me camera through the iDrive system, and a lap-timer app, which allows you to examine your braking points and throttle punches, and then share the results on Facebook. There’s nothing old school about that. 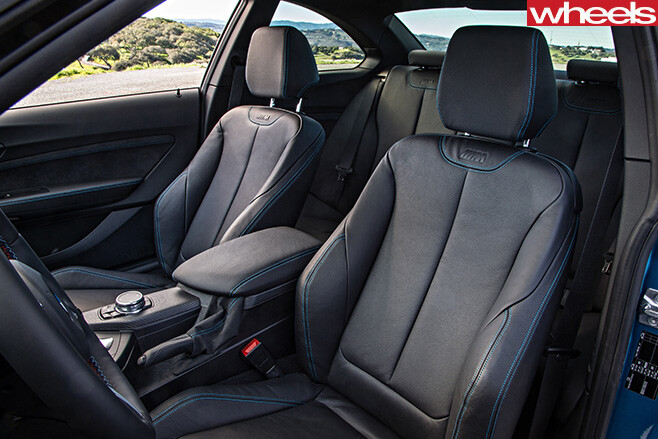 BMW is not concerned about this magnificent M2 stealing buyers from the M4, or M3, because it believes it appeals to a different customer, and people who can afford an M4 will still buy anM4. Because they can.

But when it comes to sheer driving pleasure, the new, sub-$100K entry point to M world might be just about the best thing that much money can buy.