If you’ve ever spotted a stunner from across the room only for he or she to ruin the illusion the second they opened their mouth, you have some idea of the troubles facing the Ford Mustang Ecoboost.

Because the new Mustang does look fantastic. Ford has nailed the styling, to the point where it’s almost impossible to stop anywhere without fielding questions about the car from curious punters.

Crucially for Ford’s sales, this seems to be particularly the case with non-enthusiasts, who might not know what it is, but they know they like it. They are also much less likely to spot the missing ‘5.0’ badge on the front guard and inch-smaller wheels, tell-tale signs your Mustang is only packing half the traditional amount of cylinders. 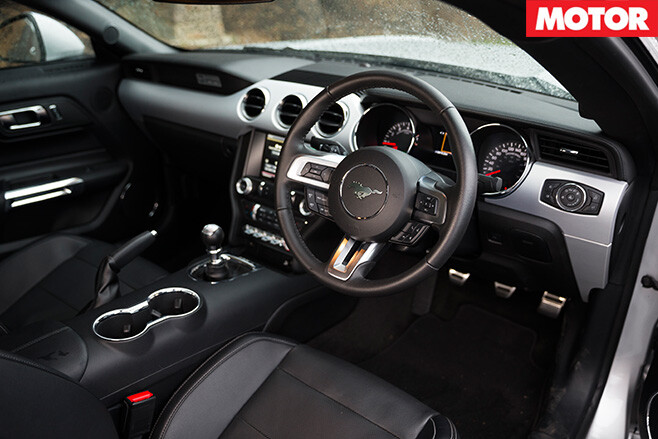 If you are an enthusiast, it’s impossible not to be a little bit disappointed every time you push the starter button and are greeted with a flat hum rather than a throaty growl. The turbocharged inline-four is not an engine configuration that lends itself to an inspiring soundtrack, and the 2.3-litre Ecoboost doesn’t change that fact. There’s a little bit of induction noise piped into the cabin, but it’s not as overt as a Focus ST, let alone a Ford Focus RS.

It is an effective engine, though. Mid-range torque is its strong suit, and healthy outputs of 233kW/432Nm allow it to hit 100km/h in a shade over six seconds in six-speed manual guise. The gearshift itself is good, too, like a notchier version of a Mazda MX-5 ’box.

Against expectations, it’s the Mustang’s chassis that impresses most. It’s quite soft in its set-up, which not only improves the ride (as do the chunky 40-profile tyres) but also gives you a better feeling for what’s happening underneath you. 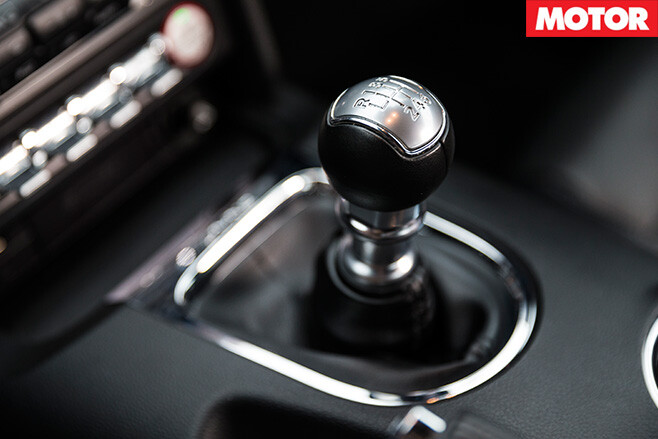 At its limits the Mustang will push into understeer, but grip levels are strong and it can be driven at eight-tenths with total confidence, helped by one of the world’s best ESP calibrations.

Material quality lets the Mustang down inside, with shiny, slippery leather on the wheel and hard, scratchy plastic almost everywhere else, however it pays to remember that, at $45,990, the Ecoboost is an awful lot of car for the money.

It’s well-equipped, too, with electrically-adjustable heated and cooled seats, reversing camera, a nine-speaker stereo and SYNC2 infotainment system all standard. 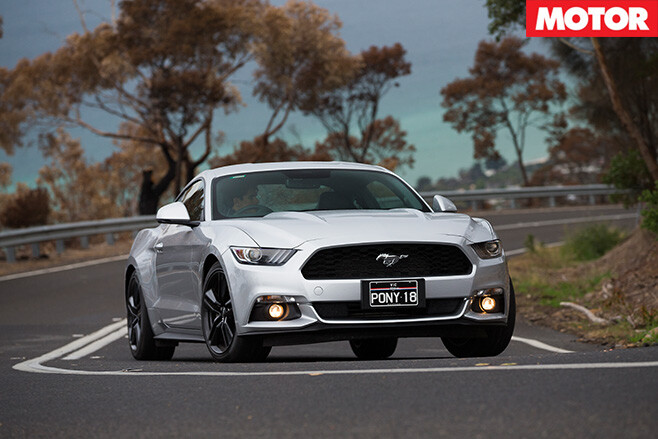 Objectively, the four-cylinder Mustang ticks a lot of boxes. It’s quick enough and reasonably frugal, it looks brilliant, is an enjoyable drive and good value for money. But, equally, it’s a tough car to recommend, as the engine can’t cash the cheque written by that Detroit styling.

If we were buying a Mustang, the V8 is well worth the extra, but if you really want a great sporty four-cylinder Ford, buy a Focus RS.