The RS badge carries a weight of expectation about it. Can the Honda Civic RS live up to it?

The RS badge carries a weight of expectation about it. Can the Honda Civic RS live up to it?

WHAT IS IT?
It’s the 10th generation of Honda’s small city car, arriving here initially as a sedan and ahead of an all-new hatchback’s arrival next year.

WHY WE’RE DRIVING IT
This is an important model for the Japanese carmaker. It’s a ground-up reinvention of the traditionally strong-selling model, and exposes us to our first taste of Honda’s “Earth Dreams” technology – the name it gives to its latest-generation drivelines. 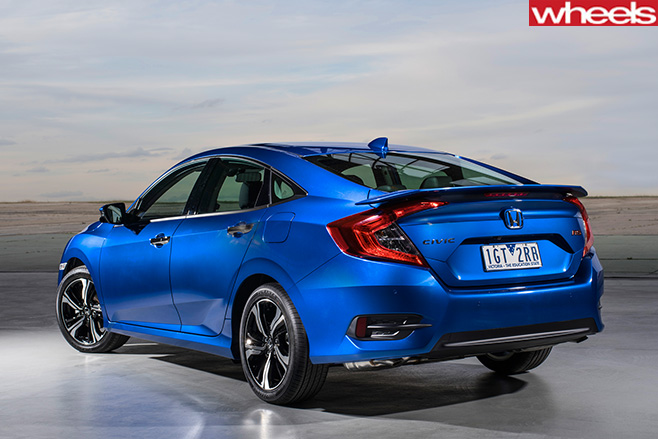 THE WHEELS VERDICT
Honda appears to have turned out a seriously accomplished, convincing sedan. Dare we say it may have rediscovered its missing mojo.

PLUS: Composed ride and handling; spacious; good comfort behind the wheel
MINUS: Price a bit high compared with rivals; engine can get a bit vocal high in the range

THE WHEELS REVIEW
THINK ‘RS’ and a ballistic Ford hatch may come to mind, or a winged Porsche 911. Not so here: this 2016 Honda Civic is the most important car for a decade from the Japanese maker, and in this case the two famed letters apply to the niche in the line-up formerly known as the Civic Sport.

The Civic sedan has arrived ahead of next year’s hatch, and everything about this car is new: from the platform, engine and transmission to the lightweight body. It’s the first ground-up new car from the maker in the wake of the 2008-09 global financial crisis, and comes with an unprecedented five-year investment after Honda Japan admitted the last Civic missed the mark. 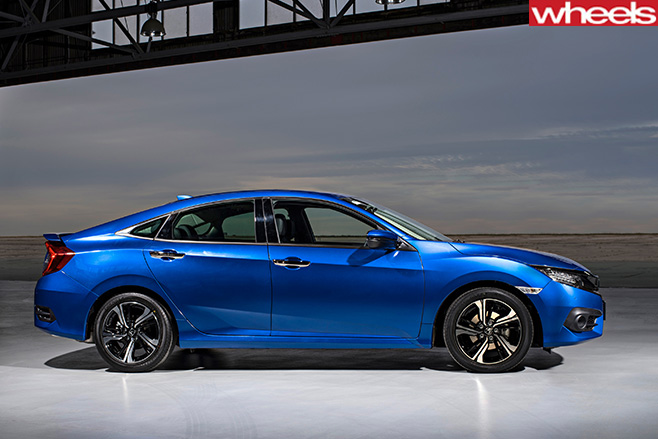 Calling this car an RS is like describing pods as proper coffee, or Adam Sandler as an actor: it’s just not accurate. Nomenclature aside, this 10th-generation Civic is a significant step up. Striking looks supplant the safe, simple exterior of the previous model. The athletic design, with muscular haunches – look at those front guards – starts with a low nose that sweeps over to a coupe-like roofline. The RS tops it with a bootlid spoiler and 17-inch alloys. It’s hardly dapper, but the new Civic is confident with a distinct identity.

That means more space up front, too, in an interior that easily eclipses the current car’s. There’s an excellent driving position, with loads of (electric) adjustment for the supportive, well-bolstered driver’s seat with rake and reach for the steering column as well. The A-pillars are angled for maximum visibility. 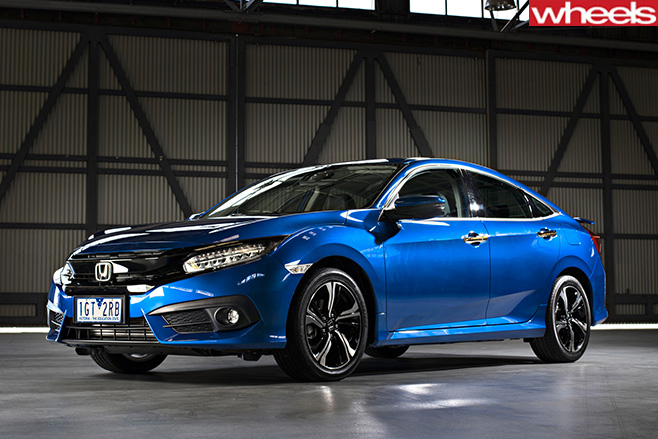 Tactile materials garnish a handsome, elegant layout. The 7.0-inch touchscreen sits above a symmetrical console, and up front are crisp digital instruments. The controls have a solid feel, while Apple CarPlay and Android Auto connectivity cover most of the population. Sat-nav and a set of cameras – including a blind-spot camera that operates automatically when you indicate to merge left – are standard, as is a suite of airbags that has Honda anticipating a top five-star ANCAP score.

The RS comes with one of two engines. A carryover 1.8-litre four powers entry-level Civics, but an all-alloy, direct injection 1.5-litre turbo four-cylinder mated exclusively to a new CVT powers RS and higher-spec models. It’s the first complete ‘Earth Dreams’ drivetrain. On paper, it stacks up: 127kW is one of the most potent in this class, 13kW more than its predecessor. Better is that fact that it uses 1.5L/100km less fuel, at an official 6.0L/100km.

On the road, it proves a winning combination, pulling strongly with 220Nm of torque from 1750rpm right through to 5500rpm. The CVT has stepped ‘gears’, accessed by steering-wheel mounted paddle-shifters. It’s smooth and doesn’t loiter at high revs like many CVTs, behaving more like a conventional automatic.

The throttle’s easily modulated, and there’s plenty of power for overtaking, but high in the rev range this engine is a little vocal. That would be acceptable, but the boisterous note lacks the character or verve typical of heyday Hondas. It’s a minor criticism of an otherwise polished driveline. 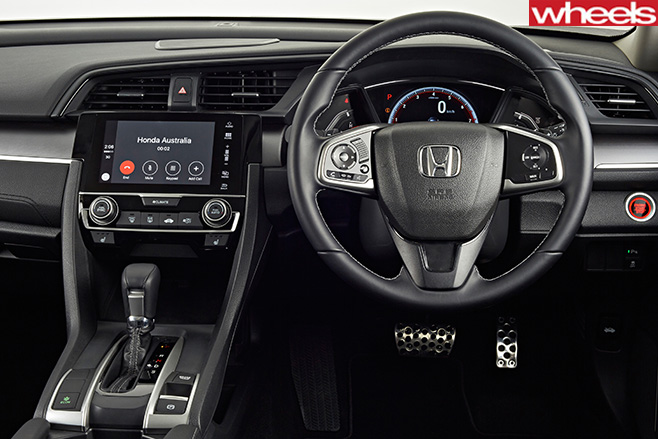 It’s the chassis that really shows Honda’s head – and heart – is back in the right place. The ride of this car, which has a strut front end and a five-link rear, is class-leading. It’s compliant, yet never crashy and maintains suppleness even on rough roads, over brutal surface changes and allows the Civic to track straight and true. It’s teamed with body control with almost no acceleration squat, little nose dive when using the brilliant, firm brake pedal, and well-managed roll on longer corners and super-tight turns. That’s in part due to more extensive use of high-tensile steel, with the Civic’s body 25 percent more rigid than its predecessor. With excellent, fluid electric steering, the Civic is truly fun to drive at speed, yet also refined and well-mannered around town.

Adding to that is the high level of refinement. With no rattles or squeaks from the tight cabin, you’ll find yourself meandering higher up the speedo.

Honda has indeed found its mojo. To some the new Civic RS may not not perfect – the looks can be a bit polarising, the engine could have more charm and its price isn’t as sharp as some rivals – but it’s a seriously accomplished, convincing sedan. It has an exceptional ride, superbly tuned chassis and is a ball to drive quickly, while offering a practical and spacious package.

The new Civic RS is a convincing return to form for Honda.