Lexus has finally force-fed its sporty looking RC coupe, adopting the 2.0-litre turbo four from sister-car the IS sedan. It’s a good match, and makes a poised and graceful daily drive.

WHAT IS IT?
The RC200t is the new entry-level version in Lexus’s two-door RC range. It’s the first four-cylinder RC, using the same turbocharged engine introduced in the IS200t sedan. And it’s the most affordable RC yet.

WHY WE’RE DRIVING IT
This is our first taste of the 200t in Australia, and it’s tipped to be the volume seller of the three-model line-up, sitting below the V6-powered Lexus RC350 and fire-breathing RC-F V8. The RC200t is a smart, well-built and polished coupe. It’s more convincing as an around-town, everyday plush two-door thanks to its ride, equipment levels and fuel efficiency. But if you’re after a sports coupe, it’s uncomfortably close to the V6-powered RC350 in price.

Plus: Unique style, excellent attention to detail, engine and cabin refinement
Minus: Only $3k cheaper than V6; heft over IS sedan; lacks rivals’ dynamic sharpness 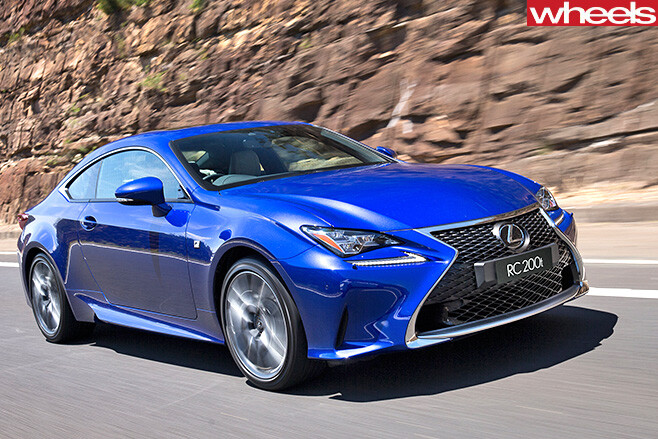 THE WHEELS REVIEW
EIGHT new Lexus models have hit Aussie showrooms in the past 12 months, with the RC200t the latest salvo. It’s built to steal BMW 4 Series and Mercedes C-Class customers by providing the Japanese brand with a cheaper, more fuel-efficient, entry-level two-door.

The $3K walk (step, rather) between four-pot and V6 is consistent across all three RC200t variants, which start with the Luxury we’re driving here, then F-Sport and flagship Sports Luxury. There must be something special about the 200t, then. 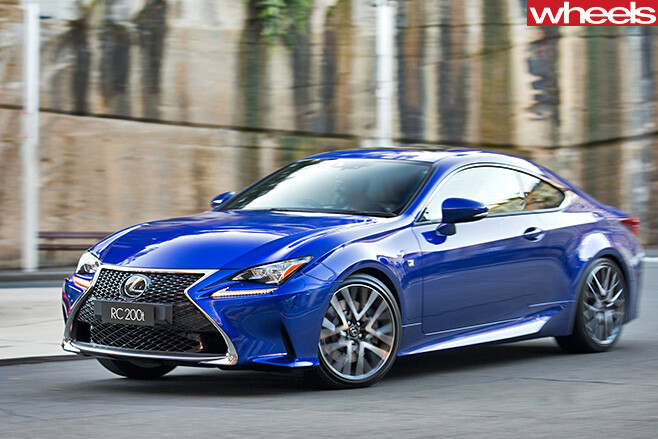 Equipment levels are near identical to the V6, missing out only on the 350’s rear-wheel steer and sound enhancer. Our test Luxury runs 18-inch alloys, and even has the same black claw marks on the rear bumper. There’s little difference when you slide into the RC200t’s spaceship-like cabin, too, with an excellent driving position and leather upholstery. That is, until you fire up that new engine.

At idle, the four-cylinder is near silent, and there’s no fuss as you accelerate serenely around town. This is where the RC200t is the pick, with better throttle response and refinement than the V6, bolstered by a 7.3L/100km claim (against the 350’s 9.4L/100km). Give the 200t a heavy dose of throttle, and the response is an adequate, obedient march rather than a sporty, aggressive shove, even in the Sport drive mode. The 7.5sec 0-100km/h claim means it’s hardly slow, but nor is the 200t  first choice for your local traffic-light derby. The standard eight-speed auto is also mild-mannered, yet doesn’t make the most of the 350Nm that’s spread between 1650-4400rpm. Approach a twisty section of road and kickdown is lethargic. The tacho needle flicks to 4000rpm and the auto shifts at 6000rpm (6200rpm in manual mode) as the torque wedge peters out. The manual mode’s extra 200rpm allows an earlier downshift, as the computer otherwise prohibits such loutish behaviour.

Tackle a bend, and the front-end lacks sharpness and accuracy, with turn-in needing a good chunk of lock before the steering weighs up, the front treads quickly taking over road-holding duties. That said, change of direction is well managed, even if the RC200t picks up every mid-corner undulation and surface change. Its ride is more beneficial around town, where it’s supple and well sorted. 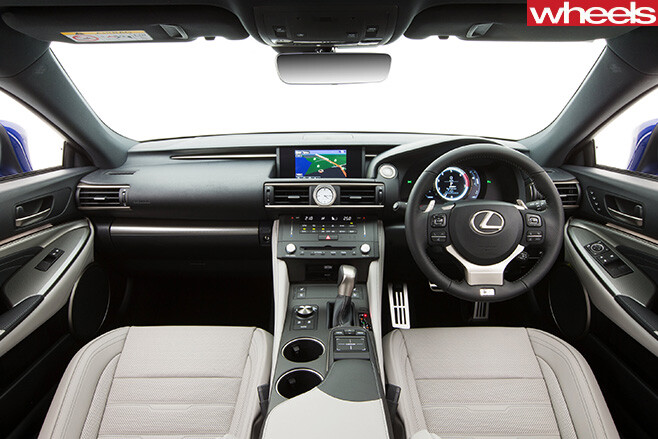 That’s the 200t’s forte: stylish urban touring with grace, poise and confidence. It’s uncomfortably close to the RC350’s price, but it may well be the most liveable daily driver in the RC range.

SPOOLIN’ AROUND
The 1998cc four-cylinder turbo, codenamed 8AR-FTS, made its Lexus debut in the RAV4-based NX SUV last year. Now, it’s offered in the GS sedan, RC200t and the IS200t. In all, it makes the same 180kW/350Nm and is mated to the BRAND eight-speed auto.

Compare the RC200t directly to its sedan counterpart, the IS200t, and it carries 55kg more weight, somehow uses 0.2L/100km less fuel, and costs $6500 more. It’s expected to be the most popular RC model, making up 40 percent of a predicted 80 sales a month.