MAZDA reckons it listens, which is why the facelifted 3 is here with an emphasis on improving the popular small car’s ride, refinement, value, and functionality, while pushing safety and tech boundaries with standardised AEB and cornering-enhancing G-force Vectoring Control.

The third-gen Mazda 3 mid-life makeover runs deeper than expected, due to greater sound deadening, revised steering and suspension components and a big step-up in safety standards. Plus, new powertrain software known as G-force Torque Vectoring improves driveability. All up the Japanese car’s value, even if – base Neo apart – prices rise slightly.

Dream runs don’t come smoother than the Mazda 3’s, residing at the pointy end of the sales charts for a dozen years. The third-gen version launched in 2014 has copped criticism for being noisy and rowdy compared to the Volkswagen Golf. But Mazda says it’s listening, and this is the result – the quieter, smoother, safer, better-value, and more dynamic Series II. 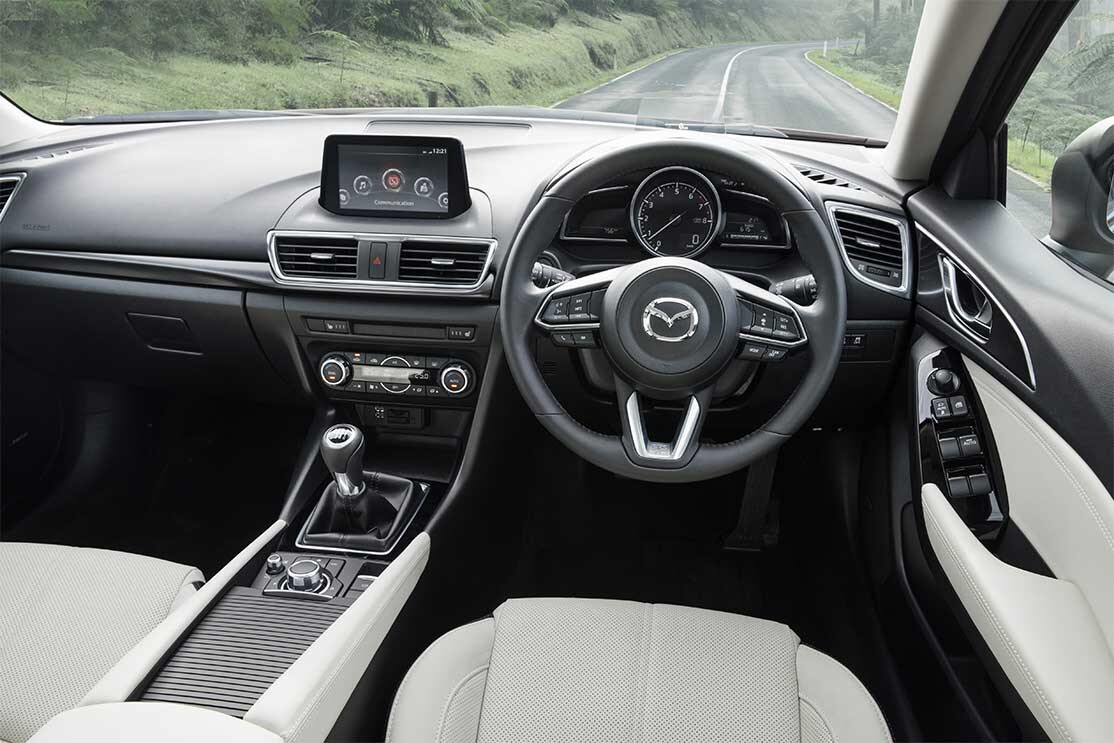 That’s better. The Series II goes some way to righting most of the original third-gen 3’s wrongs by being quieter, better riding, a little more fluid dynamically (partly due to G-force Vectoring Cornering), and actively safer with standard AEB. Bravo Mazda. We’re also glad that attention has been paid with larger door pockets and more pleasing instrumentation. But while the newcomer has progressed, it remains mechanically noisy under load, there’s still noticeable tyre rumble, and none of the poor side vision issues have been addressed due to no sheetmetal changes. With the impressive new Honda Civic gaining traction, and fresher rivals like the completely redesigned Hyundai i30 waiting in the wings, Mazda cannot afford to rest on its laurels.

AUSTRALIA’S motoring sweetheart, the Mazda 3, has long been a likeably lusty little performer. But even brand loyalists would admit that the Japanese C-segment diva can get a bit mouthy – rowdy even – mainly due to excessive road noise.

Happily, Hiroshima has been listening, so welcome the Series II. Like so often with your partner’s haircuts, the changes need pointing out, so please notice the wider grille, “more horizontal” bumpers, and altered front air intakes and rear diffuser. Apparently. 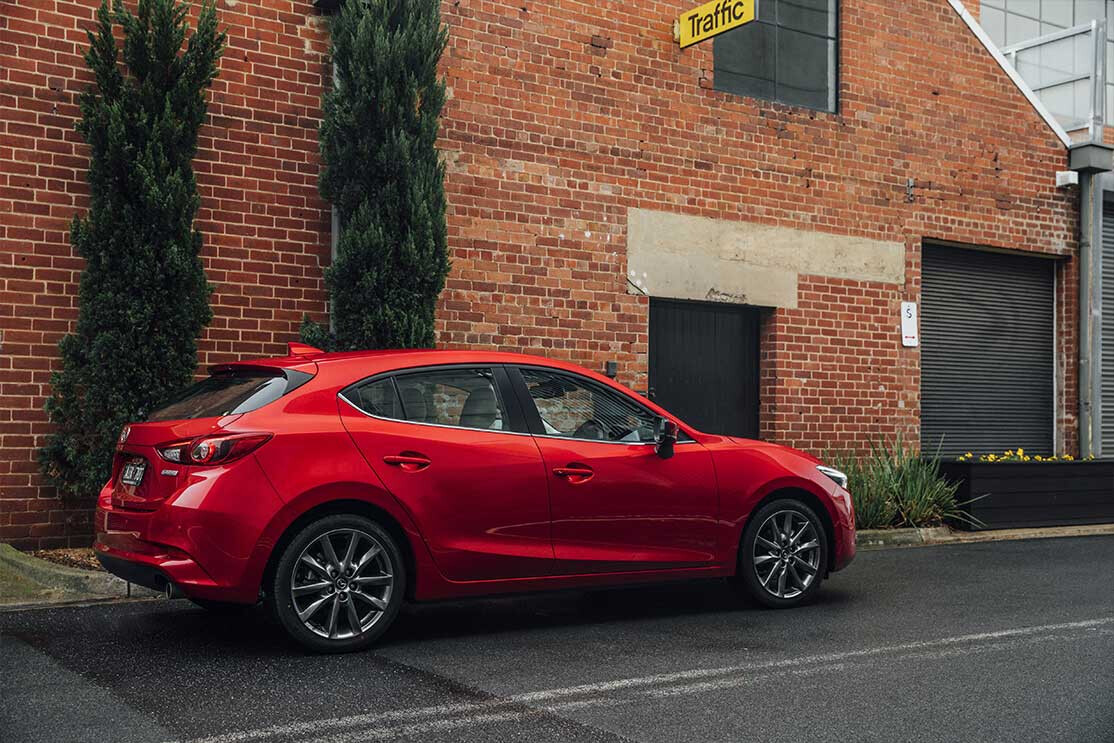 Yet the obvious mods are mostly so inside, since the slimmer-spoked wheel feels better, the redesigned instrument markings look better, and there’s more storage. From the mid-spec Touring model up, the handbrake gives way to an electronic toggle (sadly), the GT and Astina’s head-up display is clearer and more informative, and the CD player is history range-wide.

More importantly, there is less droning emanating from the rear, thanks to a significant boost in sound-deadening in the floor, roof, and pillars. And while the 91 RON unleaded-ready stop/start engine (unchanged in both 114kW/200Nm 2.0-litre and 138kW/250Nm 2.5-litre guises) can still seem vocal when extended, the overall experience is more peaceful.

Meanwhile autos gain ‘Sport’ mode, which alters the shift patterns, for livelier responses – another good move, as the 2.0-litre auto previously felt a tad lethargic low-down. Note though, it can hold lower ratios for too long, which is tiresome in traffic.

The electric power steering has been retuned for a more natural feel, aided by modifications to the dampers and rear suspension, mainly to boost ride comfort, but also handling confidence.

To demonstrate these as well as the benefits of the G-force Vectoring Control, which alters engine torque delivery to the front wheels for better and smoother traction, Mazda had us driving otherwise identical-spec old and new 3s through a series of slaloms; the more fluid, planted, and predictable handling of the latest model was clearly discernible. And on real roads, the cars continued to impress with their poise and control.

Following Volkswagen’s lead with the Skoda Octavia range revamp, Autonomous Emergency Braking is standard, meaning the old $1500 safety pack has been deleted, along with the slow-selling XD Astina Diesel. Pity. The entry Neo remains the same at $20,490 (though no touchscreen means no integrated reverse camera – that’s what the popular Maxx from $22,890 is for), and most of the others cost only about $500 extra yet gain additional safety like blind-spot monitoring, Rear Cross Traffic Alert, and – on the SP25 GT – Traffic Sign Recognition tech, while the SP25 Astina is now $1500 less but scores Lane-Keep Assist and Adaptive LEDs.

All ought to help keep the better equipped, safer driving, comfier, and quieter 3 sweet with Aussie small-car buyers. This one deserves success.