THE turbo tweaking of Porsche’s 911 range continues with the all-wheel-drive variants. Now you can get up the hill to the ski fields that bit quicker.

WHAT IS IT?
It is a 911 Carrera with all-wheel drive – and now turbocharged. Visual tweaks are minor (the 3D brake lights are lovely) but the downsized, force-fed 3.0-litre is the highlight, providing more power and torque while using significantly less fuel and dropping the zero to 100km/h time of the Carrera 4S below four seconds (3.8) and into seriously quick territory.

WHY WE'RE TESTING IT
Because it’s a Porsche 911, and because the shift to turbo is such an epochal one. Porsche has finally managed to use all that extra all-paw grip for good, because the Porsche 911 Carrera 4 and 4S are now quicker than the rear-driven Carreras. 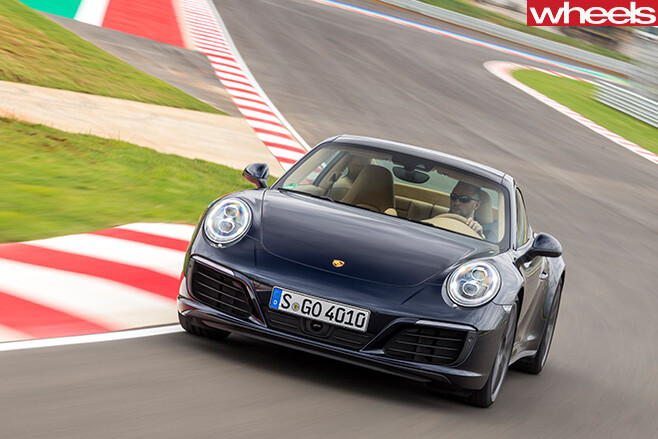 THE WHEELS VERDICT
Talk to Porsche’s engineers and it’s clear that the move away from naturally aspirated, characterful, screaming flat-six engines isn’t so much one they wanted to make as one that emissions regulations and social pressure forced upon them. Still, predictably, they’ve done a fantastic job with the new engines – so good you almost can’t tell what’s been lost. Almost.

THE WHEELS REVIEW
TO THE Porsche paranoid, it can feel like the things that made the 911 legendary are being stripped away, one at a time: perfect non-electric steering, the manual gearbox, naturally aspirated engines, the unique non-turbo metallic howl of the flat six. 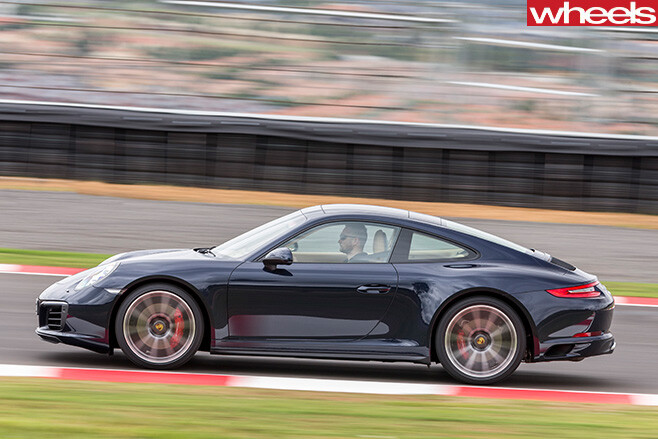 And yet demand for the iconic sports car is so high that Porsche is talking about putting on a Saturday shift at the factory, so it appears that its buyers are willing to accept less tradition in exchange for more power, higher speeds and lower fuel numbers and emissions.

The new Carrera 4 is the first of the turbo-tweaked 911s I’ve had the chance to drive and my first impression is not good. The new door handle - now “without finger plates”, whatever that means - feels thin and lacking in Porsche heft. Let’s hope it’s just a gram-saving measure.

Everything else feels familiar, except the new touch screen, which looks better, and leaps to life if you even wave your finger towards it.

All that performance comes with a claimed fuel figure of 7.9 litres per 100km, which sounds like witchcraft.

The extra 60Nm (plus 15kW) that both engines have extracted from turbocharging should cancel out any of the dreaded lag they might also inherit, and in our initial drive, around the fearsome Kyalami circuit in Johannesburg, it certainly feels like it.

At full pelt, the Carrera 4 is a hugely capable track car - fast enough to scare you in fact, particularly the 4S - with prodigious grip from its new electro-hydraulic (replacing the old electro-mechanical) Porsche Traction Management system. The advantages of an all-wheel-drive 911, which generally appeals to Europeans who live in icy areas, and Australians who like a wider, wilder rear end, are clear here.

On a track, at constantly invigorating revs, the turbo whistle is almost inaudible and the much loved boxer bark is still in evidence. 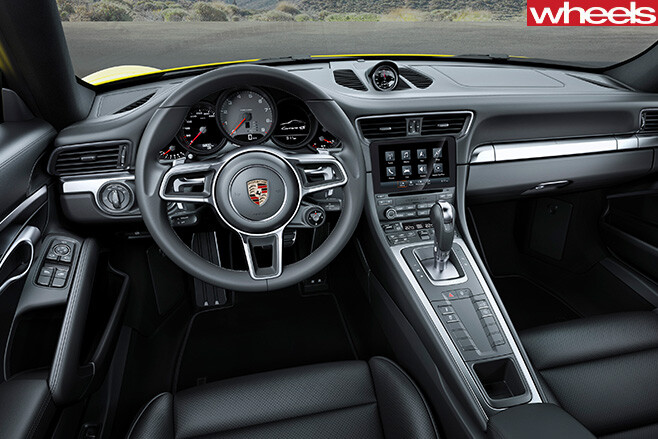 Head out on the road, however, and you can notice differences, such as a lack of aural stimulation at lower revs - it’s as if the bark has been lightly muzzled around town, making it a quieter vehicle overall - and just the slightest hint of lag off low revs.

In a manual, or in the fun mode of PDK, this is cancelled out by grabbing a lower gear, which is never a chore, and there’s no suggestion that the new Carrera 4 or 4S are slow. They’re just… different.