WHAT IS IT?
The Ingenium refresh for Range Rover Evoque, bringing an all-new, in-house diesel with much-improved refinement over the old Ford/PSA unit, along with a reshuffled model line-up.

WHY WE’RE TESTING IT?
Given the new Ingenium turbo-diesel’s excellent work in Jaguar’s athletic XE, we’ve been champing at the bit to see just how much difference it would make to the Evoque (and its Discovery Sport sibling). Given that the laggy, gravelly old diesel was arguably the Evoque’s weakest link, “all-new” is guaranteed to mean “better”. 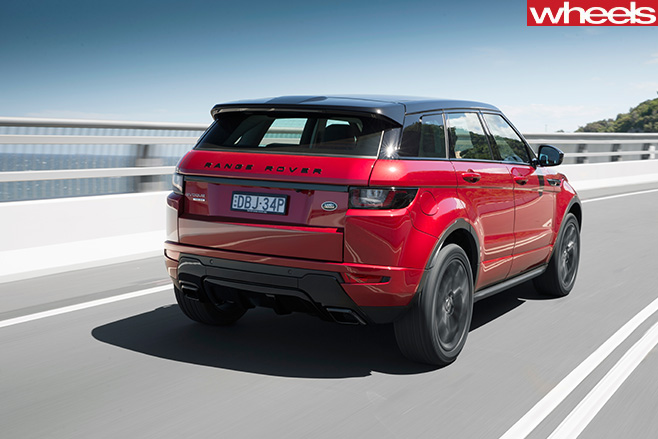 THE WHEELS VERDICT
If you head to the top of range, with all the attendant bells and whistles, the MY16 Evoque has a striking presence to match its fashionable trim and improved connectivity, not to mention an impressive new diesel engine. Considering its 2011 vintage, the handsome Evoque is maturing nicely, and can only improve further when the all-new Ingenium petrol comes on stream late this year. 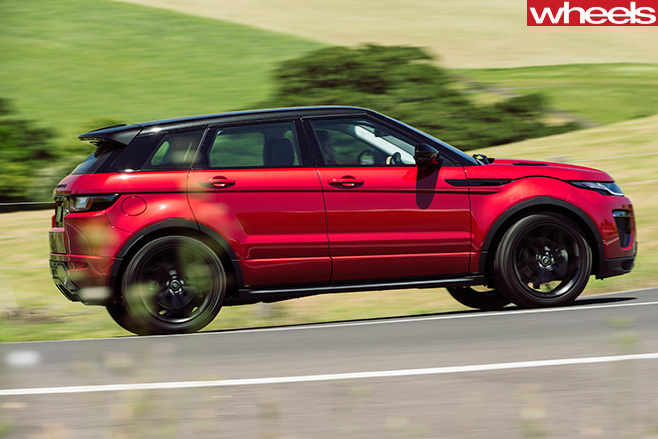 THE WHEELS REVIEW
THE POMS’ brand divergence is definitely working. While some feared that the soft-roading Evoque might erode the reputation of Land Rover’s imperious Range Rover line as masters of high-riding, high-fashion 4WDs, the result has been the exact opposite. In much the same way as the Boxster and Cayman are the perfect complement to Porsche’s iconic 911, the Evoque’s role as a fashionable foil for the more uncompromising Rangie and Rangie Sport is unquestioned.

For 2016, the Evoque has been treated to its most comprehensive makeover since its 2011 launch. Fresh and techy new lighting signatures, new-gen multimedia, lusher trims and tastier colours garnish the MY16, which has also had its model line-up reshuffled for greater commonality with other Range Rovers. 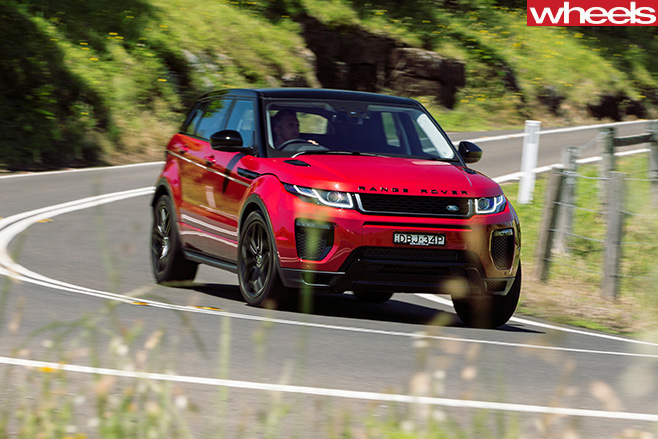 The HSE trim lines are also the only variants offered on the 3dr ‘coupe’, while the carry-over 177kW/340Nm turbo-petrol Si4 engine is offered across SE, HSE and HSE Dynamic models, solely with a nine-speed auto.

With the MY16’s striking full-LED headlamps and shapely running lights, the HSE Dynamic really steps up its game as a tantalising Evoque flagship. As an SUV for young, affluent hipsters with a penchant for driving fun and fashion, the HSE Dynamic nails the brief better than any Evoque ever has, and does a terrific job combining guard-filling wheels with really robust damping that absorbs big hits effortlessly. 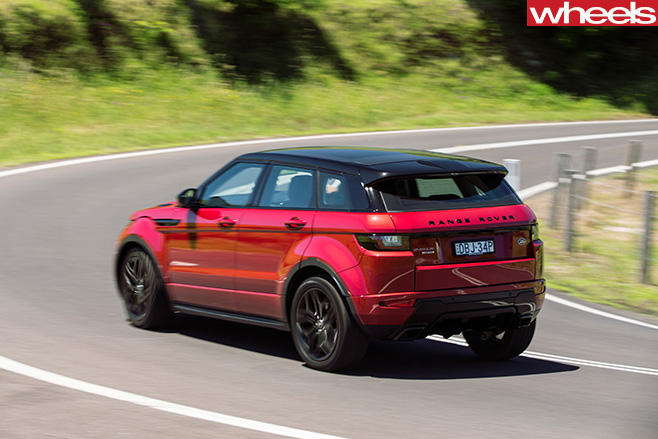 What doesn’t gel quite so harmoniously is the Ford-derived 177kW turbo-petrol and nine-speed auto combo. The engine has plenty of spirit and speed on the move, but it can be quite laggy off the line, followed by front-tyre wheelspin before drive gets channelled to the rear. And yet much of the time, it’s a bit too eager and seems incapable of channelling a torquey chill-factor. Too much throttle here, too many gear changes there, and not enough progression in its response. A neat-shifting manual would improve it immensely, but not for us, sadly.

Far more cohesive, and much more pleasant to sit behind, is the new Ingenium diesel. There’s still a bit of lag from standstill, but the diesel is easily strong enough to surge off the line in second gear. It will pull from as low as 1250rpm without gasping for boost, then briskly spins to 4400rpm before smoothly shuffling through its vast ratio set. Land Rover boasts a combined fuel number of 5.1L/100km, which is hugely impressive, though not quite as amazing as the front-drive manual’s 4.3L/100km, or the Ingenium diesel’s incredible two-year/34,000km recommended service intervals. 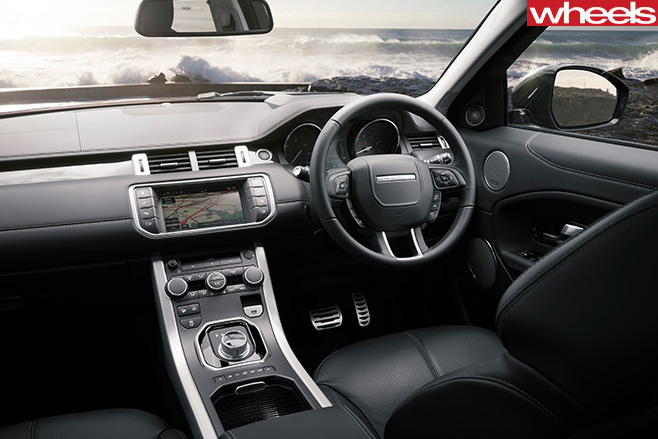 While the 18-inch wheeled SE 180 diesel lacks the HSE Dynamic’s visual sizzle (and optional adaptive dampers), it’s still capable of considerable dynamic reward. Quick steering, neat balance and a decent ride aid its agility, though unless you disable it, the Evoque’s stability-control system is a bit too keen on quelling momentum. At least the ‘Adaptive Dynamics’ suspension has switchable modes for greater leeway, though only if you go for a pricey HSE variant (starting at $73,495). Land Rover doesn’t offer the trick suspension on Evoques with 17- or 18-inch wheels.

Yet for all its airs and graces, there’s still something refreshingly egalitarian about the MY16 Evoque. At base level, you get a surprising amount of car and equipment for the money, while for those willing to spend quite a bit more, no other SUV this side of a Porsche Macan can match the Evoque’s everlasting style and class. 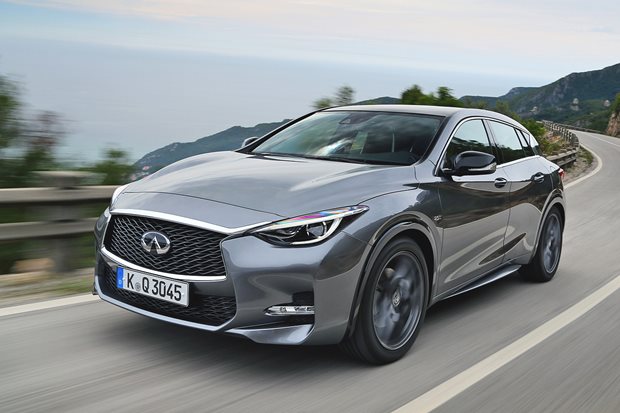 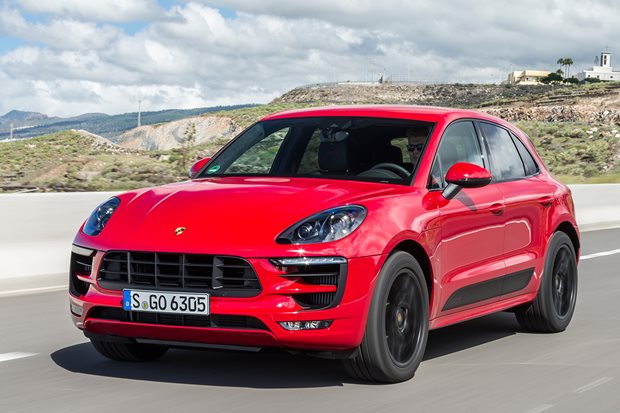 The 2016 Porsche Macan GTS will slide into the German brand’s medium SUV line-up between S and Turbo. It’s the sportiest Macan of all, according to Porsche 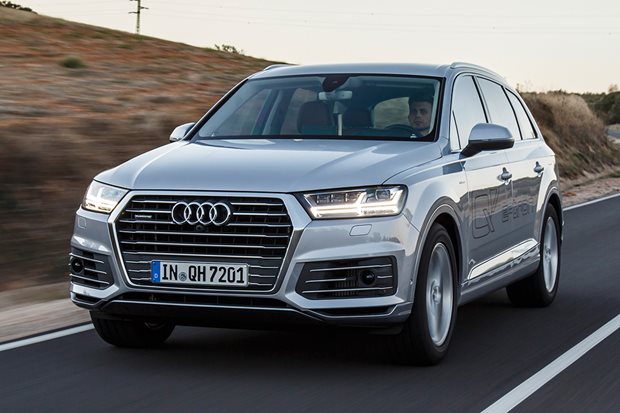