Audi hopes to keep its bestselling model, the A3, ahead of the popular Mercedes-Benz A-Class/CLA duo with a mid-cycle facelift

AUDI hopes to keep its bestselling model, the A3, ahead of the popular Mercedes-Benz A-Class/CLA duo with this mid-cycle facelift. New engines, updated interior, more kit, and some sharp styling tweaks keep the German premium small-car competitive.

WHAT IS IT?
The A3 is about to lose the popular 92kW 1.4 TFSI with October’s facelift, probably for a fresh 1.0 TFSI three-pot turbo – but only if the reviews are good, Audi says. The changes also include the option of high-tech instrumentation, upgraded multimedia, more safety, and an all-new 2.0 TFSI replacing the outgoing 1.8 TFSI.

WHY WE'RE TESTING IT
We've long rated the current A3 based on its superb dynamics, powertrains, and an interior gorgeous enough to justify the extra outlay over the Volkswagen Golf. The upcoming facelift builds on that with updated driver-assist tech, multimedia, and powertrains, but the all-new 1.0 TFSI turbo triple that will most likely replace the discontinued base 1.4 TFSI loses the multi-link rear for a simpler torsion beam, which isn’t very Vorsprung Durch Technik. 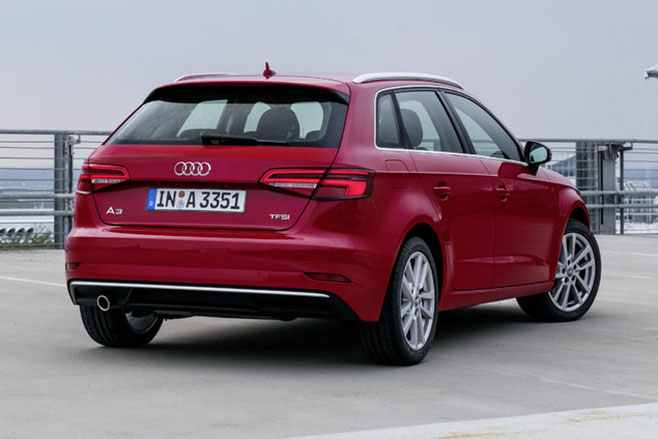 THE WHEELS VERDICT
While the German premium small car segment is fiercer than ever, the longest-running player, Audi’s A3, is still one of our favourites. It combines tasteful design, excellent quality, slick performance, impressive efficiency, and involving dynamics better than any of its also-accomplished competitors. No wonder then that Ingolstadt’s car has been the long-term segment bestseller. The 2017 facelift does bring worthwhile progress in the areas of driver-assist tech and the compelling “Virtual Cockpit” from the TT, but it is the basic things that the Audi still does so right that keeps it in our good books. However, while we’re fans of the bolshie new 1.0-litre three-pot turbo engine, it (along with the 1.6 TDI) ditches the excellent multilink independent rear suspension for a lesser torsion beam arrangement. The end of the 2.0 TDI option is also disappointing. 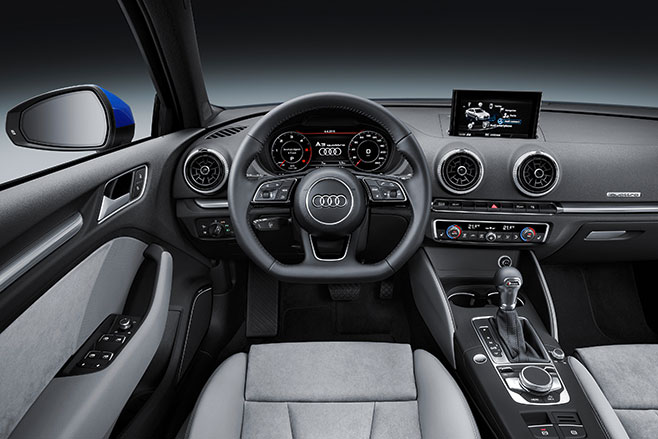 THE WHEELS REVIEW
AUDI reckons it invented the premium small car with the original A3 in 1996. Fans of the ’60s era Mini-based Riley Elf and Wolseley Hornet might have something to say about that, but look where those brands are today. Clearly, Ingolstadt knows how to make something stick.

Now, four years and a million cars later, the third-gen A3 has just undergone a facelift. Not Renee Zellweger levels of vast visual transition, but enough to keep the hard-charging Mercedes A-Class at bay, it’s hoped, when Aussie sales start in October.

Along with a flatter and squarer grille, there are redesigned (all-xenon or optional LED ‘Matrix’) headlamps, bumpers, air intakes, tail-lights, and diffuser. The aim is to give the Sportback, Sedan, and Cabriolet a more contemporary A4-esque look.

Also fresh is the optional Virtual Cockpit instrumentation. Said to have been a huge challenge to fit within the carryover dashboard architecture, it brings a configurable multimedia TFT screen in lieu of regular dials. The iDrive-style MMI remote controller also has been modernised. Both work seamlessly. 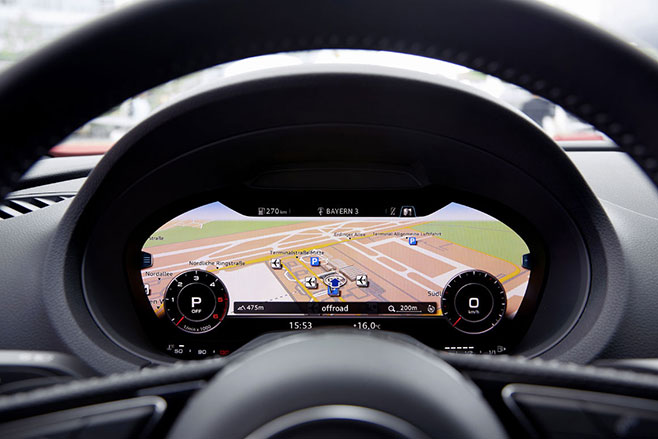 Speaking of control, the A3’s chassis is largely left alone, with the MQB-based MacPherson strut front/multilink rear suspension architecture in most versions deemed sufficiently sorted. As is, the electric power steering, while light and remote at lower speeds, firms up satisfyingly as the pace picks up, for crisp, involving, and secure handling. Unfortunately, ultra-smooth German launch roads precluded ride quality analysis, so we’ll reserve judgement until we drive it here.

Audi isn’t sure if Aussie buyers are prepared for such dramatic downsizing. We disagree in principle, since this is a smooth and punchy performer, sprinting off the line eagerly (perhaps too much so, with some axle tramp experienced in wet conditions), and pulling away energetically up through the rev range via a polished seven-speed dual-clutch S-tronic.

Our reservations rest with the unexpected level of engine noise when the engine is fully extended – and that would be a regular annoyance when loaded with passengers or over hilly terrain. Not very premium. Additionally, choosing the 1.0 TFSI (or the 1.6 TDI for that matter) brings an inferior torsion beam rear end. Both are retrograde steps over the outgoing entry 1.4 TFSI spec.

Also gone is the spirited 132kW/250Nm 1.8 TFSI/six-speed S-tronic combo, but the succeeding all-new 140kW/320Nm 2.0 TFSI/seven-speed alternative (also from the A4) is more than worthy – it leaps into action and is muscular across the board with delicious polish. In either front-drive or quattro AWD, the 2.0 TFSI’s performance didn’t feel that far adrift from the EU-spec 228kW/400Nm S3 Cabrio also sampled. The latter now sports more oomph, the seven-speed S-tronic, and firmer suspension, though ours will use a neutered 213kW/380Nm version due to hot-weather compromises. As for the facelifted RS3, well, that has yet to surface.

Prices, we’re assured, will remain “in line” with the outgoing versions, which start from $36,500.

In summary, then, the facelift’s changes – all 2300 of them – run deeper than the samey styling suggests. Clearly, Audi intends to keep dominating the segment it reinvented. But we’re not sure if the 1.0 TFSI/torsion beam combo is the right move. After all, no-one wants the A3 to go the way of Riley. 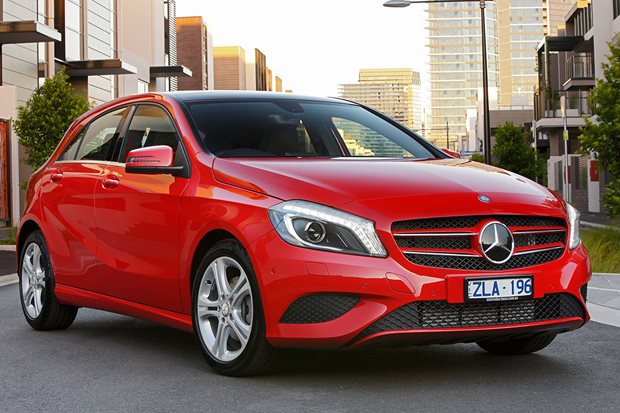