Improved software, a greater excitement factor and a negligible increase in price compared to the standard M4 makes BMW’s M4 Competition the one to go for, writes Mike Duff

Improved software, a greater excitement factor and a negligible increase in price compared to the standard BMW M4 makes BMW’s M4 Competition the one to go for, writes Mike Duff.

WHAT IS IT?
A slightly faster and more focussed version of the BMW M4, and maybe a half-price consolation prize to those who missed out on a chance to get the $295,000 M4 GTS. The M4 Competition isn’t a match for the stripped-and-whipped GTS and its clever water injection system, but it does get a mild power bump and sharpened chassis settings. Sold as a unique model, it adds $5000 to the price of an M3, an M4 or an M4 Cabriolet.

WHY WE’RE TESTING IT
In the hope that this is the sweet spot in the M4 range, certainly for those without the riches necessary for the GTS (or who missed out on the limited allocation.) The M4 Competition adds a 14kW power boost as well as revised chassis settings that should make it both firmer and more exciting than the standard car. 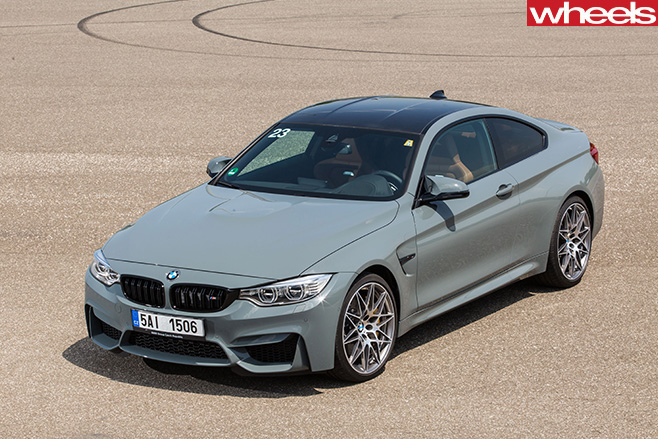 While the standard M4 sometimes feels like it’s trying to cover too many bases the Competition benefits from greater clarity. It lacks the bandwidth of the regular car, but it feels more focussed and exciting because of its more specialised mission. If you’re considering an M4, this is the one to go for. 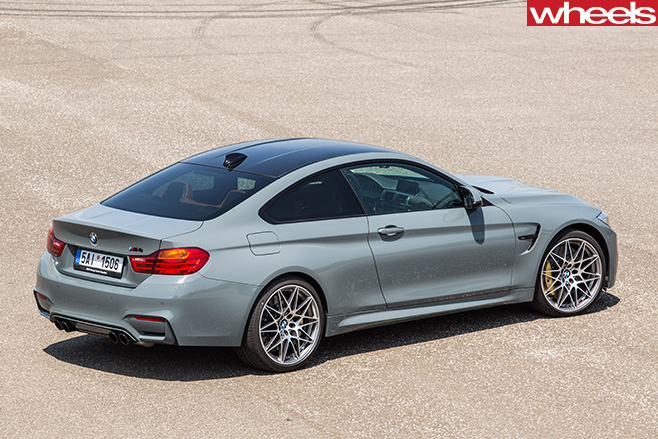 THE WHEELS REVIEW
Don’t buy the M4 Competition for the fractional increase in performance it offers over the standard M4. This is so minimal that you’ll never feel it – the 14kW boost over the standard car (to 331kW) is undetectable from behind the wheel, with what feels like an identical quantity of shove. We’ll take BMW’s word for the claim that the output bump cuts a tenth of a second off the 0-100km/h time – which drops to 4.0 seconds for the M4 Coupe, unless you’re planning regular trips to a drag strip you’ll never notice the difference.

Fortunately there are several other reasons why, if you’re in the market for an M4 you should go for the Competition. The most obvious one is the revised chassis settings that, despite small changes, make it feel impressively different. A fair amount of hardware has been changed compared to the standard M4, with springs that are 15 percent firmer, new dampers and stiffer anti-roll bars. 20-inch forged alloy wheels come as standard as well and there’s also a new sports exhaust that adds a bit of much-needed crackle to the M4’s sometimes droney bass-heavy soundtrack. 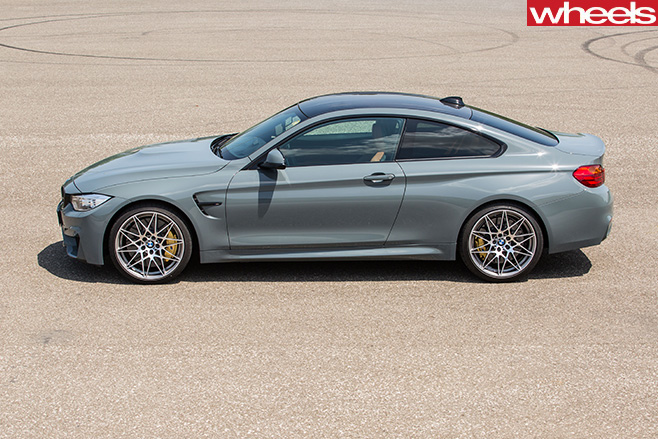 But as tends to be the case these days it’s the software that’s made the biggest difference, with the various dynamic modes having been reconfigured to effectively move up a notch. Comfort is the equivalent of the standard M4’s Sport, Sport is where Sport Plus is on the regular car and the Competition’s Sport Plus being a new ultra-hard gravel-for-breakfast setting.

The firmer Comfort mode isn’t an issue on the road, with the Competition’s dampers seeming to manage to defuse rougher surfaces better than the stock M4 does, which can get bouncey over certain frequencies of bumps. Sport and Sport Plus do firm things up noticeably, with the latter probably best reserved for use on track but also – as we discover on the Hungarian motorway – it works well at keeping iron body control at serious cruising speeds. 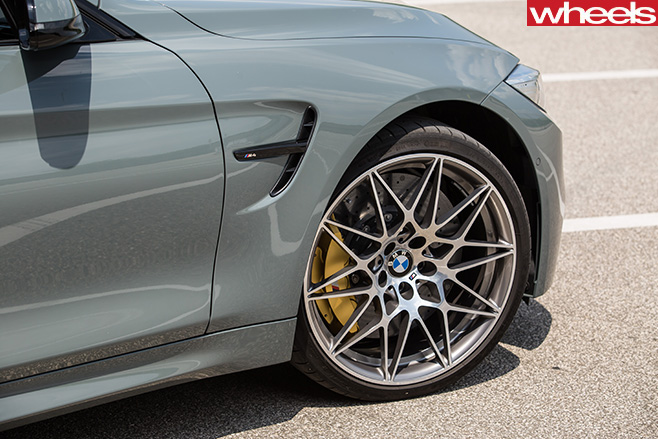 Other differences are small, but discernable. The Competition’s steering feels slightly crisper and more in contact with the road than the standard M4, which can feel slightly aloof. Our test car came fitted with the optional carbon-ceramic brakes which don’t like a hard initial brake application with no heat in them – the sort you make when a Hungarian truck pulls out on you travelling 100km/h slower. There’s a noticeable pause before they bite, and an adrenaline spike to match, although they tug hard once they’re working.

Yet although the M4 is quicker everywhere than the old V8-powered E92 M3, it’s still hard not to feel that something has been lost. The turbocharged six delivers its peak torque low down, and with the abruptness of a police raid. Even a chassis with as much grip as the M4’s struggles to cope with it mid-corner. Left to its own devices the stability control does a good job of handling things without breaking a sweat. But if you want to drive in either Sport mode, or switch the whole system off – as you might, in such an ultimate driving machine – then you’ve got to be quick to respond to any rear-end slip, something the Competition doesn’t improve upon at all. 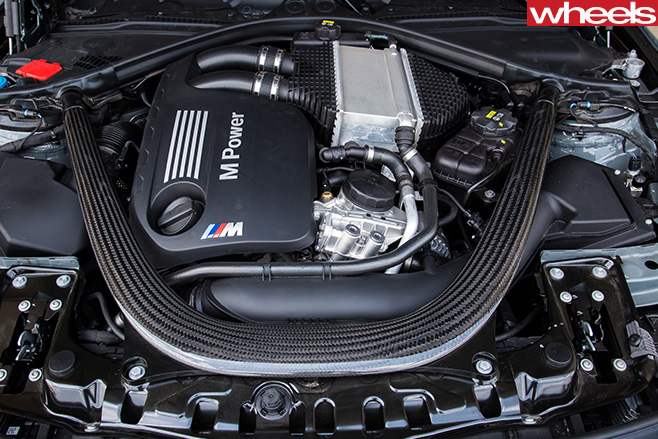 The Competition costs just $5000 more than the standard M4, and adds more than enough to justify that difference. BMW Australia says that around 66 percent of M3 and M4s around the world are sold with the Competition Pack (the same thing, but as an option) and anticipate a similar take-up rate over here. It’s not an M4 GTS, but it does give a fair chunk of the same turned-up-to-11 sensation for not much more than half the price.