After idling its Australian factories late last year, the now globally focussed Ford is hard at work reinventing itself. The latest step – and potentially the most important it will make in 2017 – is shelving the Ford Kuga small SUV and replacing it with a significantly facelifted version wearing an old name: Escape.

WHAT IS IT?
It’s a re-snouted and repackaged right-hand-drive version of the Spanish-built car still sold as the Kuga in Europe (where it leads its segment, so suddenly changing the name would be a marketing disaster) but here it now wears a new, but old, badge.

WHY WE’RE DRIVING IT
When Ford introduced the Kuga in 2012 as a replacement for the aged Japan-built Ford Escape, it stuffed up slightly by failing to recognise that not all buyers wanted all-wheel-drive ability under their small, range-middling SUV. A mid-cycle press of the reset button has created an opportunity for Ford to dump the Kuga name and plug a big gap in its showroom. 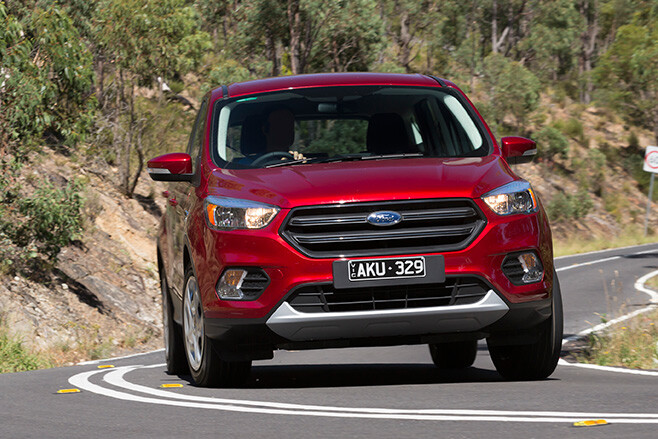 THE WHEELS VERDICT
Big changes in exterior looks and interior presentation, dicking around the edges of pricing and expanding the model line-up with a circa $33,000 sweetener all do a lot to improve the Escape over the Kuga that it pushes aside. But it meets benchmarks rather than advancing them.

THE WHEELS REVIEW
IT'S hard enough for you and I to say we're wrong, so imagine how difficult it is for someone as big as Ford Australia? 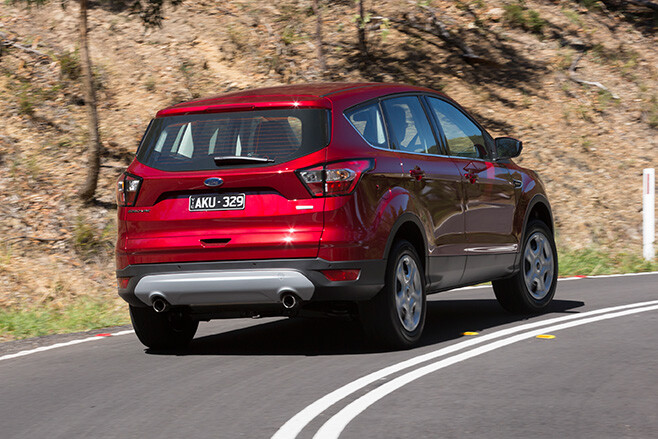 Ford’s stuff-up with the Kuga small SUV was a big one. High-riding hatches have grown to become hot property, and most of that heat has come from $34-38K front-drivers – a hole the old Kuga line-up hadn't plugged.

But as is so often the case, timing is everything. The Kuga was due for a mid-life shake-up, and a major redesign of the front bumper to better accommodate radar technology made the new one look very different – different enough, Ford reckoned, to carry off a change of name. The rest, as they say, is history.

Underneath, the Escape is still all Kuga, including the Euro suspension tune that we take in preference to the US market one. Escape also brings in a $32,990 mid-spec front-drive Trend fitted with a six-speed auto that plugs in above the base Ambiente and right into that Kuga-sized hole left in the old showroom. The Escape also gives us an early taste of the 132kW/400Nm 2.0-litre diesel engine that will feature under the bonnet of the Edge – Ford Australia's replacement for the Ford Territory SUV – due in 2018. 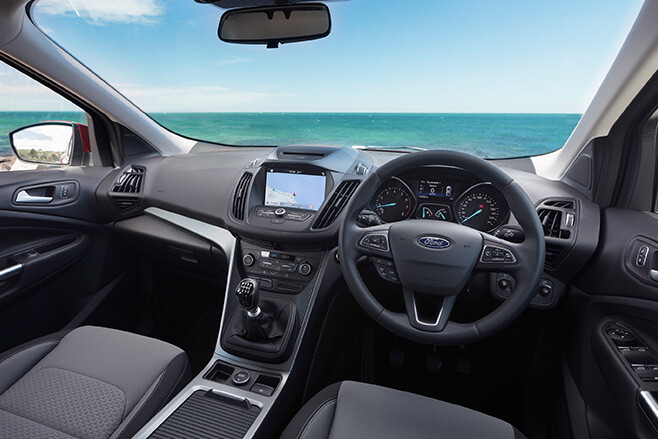 That's not a bad thing. The 1.5 is a fun little engine, revving sweetly and willingly. It works well when left to slur through the auto's gears on its own, and when forced to change via the new steering wheel's paddle shifters that replace the Kuga's daft rocker switch on the side of the gearlever.

The 1.5 is a better choice than the 2.0-litre petrol. The AWD Escape struggles to rein in the extra poke, scrabbling around corners and dissolving into ESC-induced understeer almost too easily. We'd also take the Trend's 18-inch alloys over the range-topping Titanium's 19s any day; the larger hoops completely corrupt the ride. The stuff we liked about the old Kuga is all there. The steering feels meaty without being artificially heavy, the cloth seats are more comfy than the bits-of-leather ones, and the 1603-litre cargo capacity with the reclining rear seats folded almost flat (there's about a 50mm step) make it very weekend away-friendly.

From behind the wheel, though, the Kuga shows its age. The centre stack on the low dash is layered like a multi-tiered wedding cake. The big 8.0-inch colour touchscreen is a long way from the driver’s eyeline, and its small buttons are painfully difficult to use while bouncing down the road – best to learn how to use the much-hyped SYNC3 voice controls.

And with a sharp, new Mazda CX-5 just around the corner, Escape may suddenly feel even older.