The Cruze name makes way for Astra as Holden looks to complete its small car range.

WHAT IS IT?
The replacement for the Holden Cruze and a car that will sit alongside the Astra hatch that went on sale late in 2016. The two cars both ride on the same Delta II architecture and the sedan picks up the lower output 1.4-litre turbo engine that debuted in the hatch. However, the Korean-built sedan gets a unique design compared to the Polish-sourced hatch, with every panel different. Inside, too, there are noticeable differences between sedan and hatch.

WHY WE’RE TESTING IT
The Astra sedan has been undergoing final dynamic tuning in Australia but the Chevrolet version – complete with an American tune – is already on sale in the States, where our test drive took place. 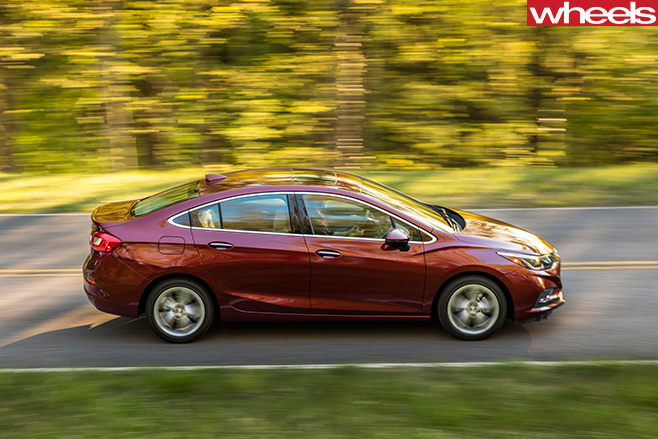 THE WHEELS VERDICT
Astra sedan addresses most of the complaints of the underdone Australian-made Cruze with a more cohesive four-door. Comfortable and competent to drive but lacking the fizz of some littlies, including Holden’s 1.6 turbo Astra hatches. Yet solid value and a quiet, spacious cabin should ensure the Astra is on the small sedan shopping list – if Holden gets the price right.

THE WHEELS REVIEW
Holden small cars have been hot and cold for more than a decade. From the once-dominant and aspirational Holden Astra to the thoroughly unloved Viva and the sold-on-price Cruze that was eventually produced locally and intended to kickstart a new era for the brand that will soon wind up local manufacturing. 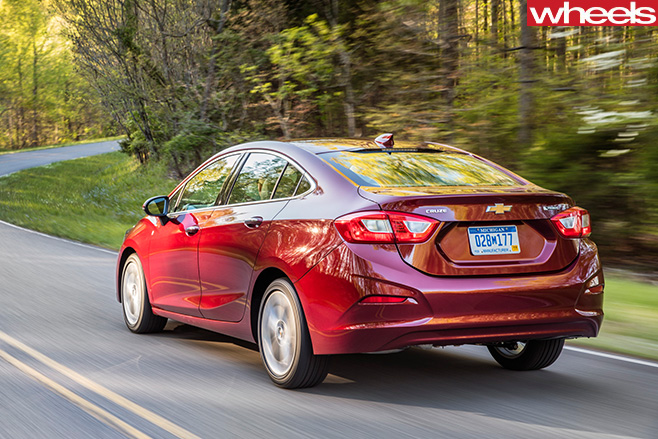 Now there’s a hint of back-to-the-future for Holden, with confirmation the Holden Cruze name will be dumped and replaced with the Astra. Not that the Cruze has been completely killed off. In other parts of the world, including America, the sedan that will wear an Astra badge in Australia will still be known as Cruze.

Confused? Holden hopes you won’t be from May, 2017, at which point its small car range will be complete, relying on only one name. It’s all about back to basics in what is still the single biggest new-car segment, albeit one that’s declining in the wake of the SUV stampede.

But to jumble things up there are big differences between the soon-to-arrive Astra sedan and the Astra hatch that’s been here since late last year.

The hatch is made predominantly for Europe and comes from Poland, the sedan is aimed at China and America and comes from Korea. Interiors are unique and the two don’t share any panels. The sedan is 280mm longer yet 18mm narrower than the hatch. 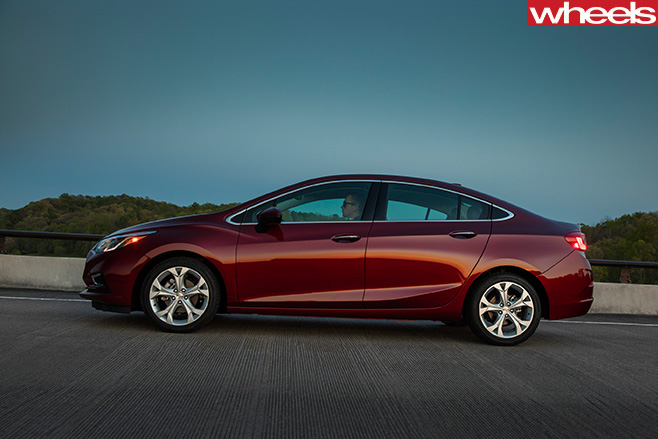 Even the model lineup and specs are different, with the sedan picking up the trio of LS, LT and leather-clad LTZ and the hatch sticking with R, RS and RS-V. Crash-avoiding autonomous braking is simply not available in the Astra sedan, with forward collision alert a consolation prize; at least a reversing camera and Apple CarPlay/Android Auto kick off a healthy list of gear that should make the circa-$20K starting price appealing.

And while they share the same Delta II architecture, the sedan’s 2700mm wheelbase is stretched by 38mm over the hatch, translating to more generous rear leg room. Indeed the rear seat space is substantial, as is the 419-litre boot, which is broad and deep, the latter creating a sizeable lip and drop down to the load floor. A 60/40 split-fold seat increases loading options, although the gooseneck hinges can spoil the boot-closing party for bulky luggage. 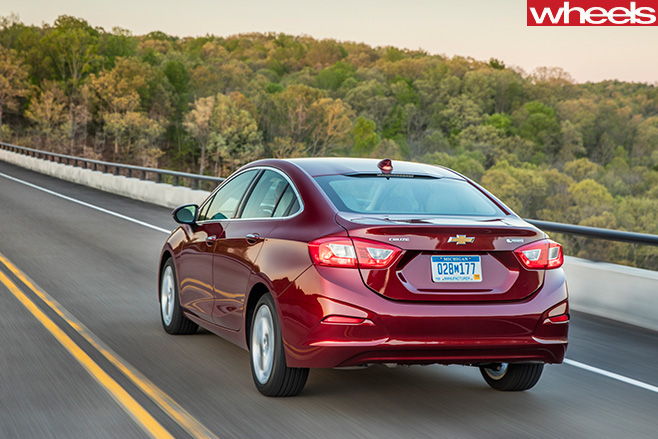 Inside, it’s the instrument cluster and steering wheel that are notably different to the hatch. The gauges are unique and there’s a more intriguing colour display splitting tacho and speedo compared with the monochrome unit of the hatch. And the steering wheel has more subtly raised buttons with no gaps to collect dirt, the first hint of new switchgear.

Local tuning will involve tightening the suspension and adding more weight to the steering, the latter in desperate need of more meat compared with the overly light American setup.

However, the suspension worked effectively on the super smooth roads of Tennessee, where our drive took place.

The biggest downside of the dynamic story is the rear suspension, which reverts to a more basic torsion beam setup over the Watts link of the hatch. While the sedan is available with that Watts link, Australian models will only get the torsion beam, which reduces some of the rear-end stability, especially when fitted with broader and lower profile 18-inch wheels. 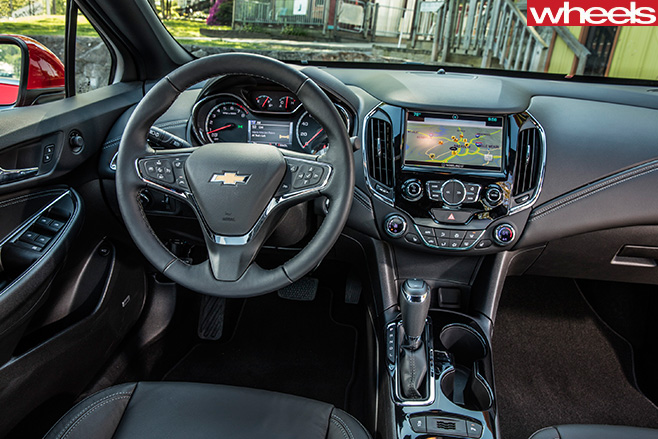 The new gen 1.4-litre turbo is as amicable and unfussed as it is in the hatch. A modest 110kW of power arrives at 5000rpm and the engine fizzes out and up-shifts by 5500rpm.

But lope around the 245Nm torque peak that swells at 2000rpm and it’s a relaxed way to travel. Indeed it’s that generous mid-range that defines the 1.4-litre engine. Throw in impressive refinement and the 1.4 is a fine match for the Astra.

It’s a step up from the Cruze, especially in refinement and driving nous. It’s a shame the sedan doesn’t get the sporty extras of the hatch, including the warm 1.6 turbo. 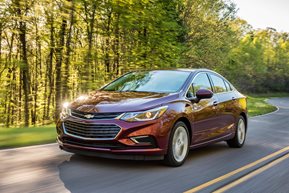