WHAT IS IT?
The pinnacle of 67 years of Holden utilities, without a single concession to its workhorse heritage besides having a massive rear tray. Wearing the name of an HDT-modified WB Statesman from the ’80s, the Magnum ute gains upgraded brakes and track-certified cooling, plus several luxury and special-build extras, and the suspension tune from the Holden Commodore SS-V Redline sedan.

WHY WE’RE TESTING IT?
This is our only opportunity to drive the Magnum, and at the Phillip Island circuit no less. Orders open on January 19, with production set to start in April. Holden will build just 240 Magnums, plus 51 for New Zealand. 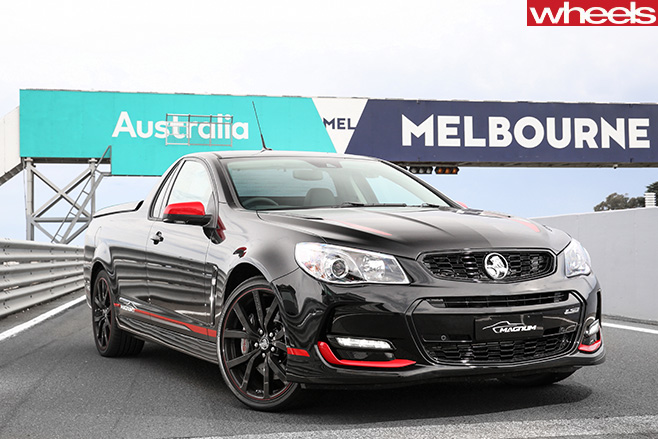 MAIN RIVALS
Besides a second-hand HSV Maloo ute, none. The Magnum ute stands alone as a uniquely Australian phenomenon, carrying the torch of famous V8-engined US sports pick-ups such as the Chevrolet El Camino from the 1960s and ’70s, but with the mechanical sophistication of a modern sports sedan.

THE WHEELS VERDICT
Purest expression of a Holden-badged two-door sports car, defining the whole idea of a sports truck in unique-to-Australia ute form. And what’s not to love – great styling, comfortable and useful yet loud and brutish when you want it to be, and mixed with the sophistication of a contemporary sports sedan. 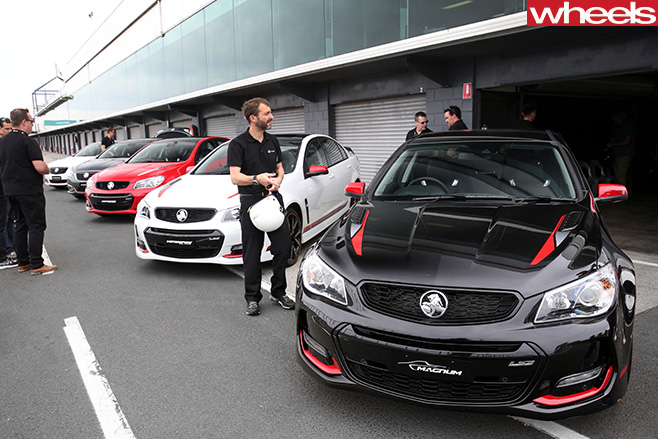 PLUS: Excellent handling; surprising track ability; forceful brakes; bellowing engine; roomy cabin; vast luggage space; tough styling; rarity; its Aussie heritage
MINUS: Now that we’re so close to the end of Holden Ute production, it’s the inevitability of the Magnum’s end-of-line status that is by far the biggest negative

THE WHEELS REVIEW
AUSTRALIAN Lewis Bandt invented the ‘ute’ concept back in 1934 – in those days called the ‘Coupe Utility’ – but without the ability to time travel, no Depression-era farmer could’ve ever have imagined we’d see a high-performance ute such as the Holden Magnum. And hot-lapping Phillip Island raceway, no less. 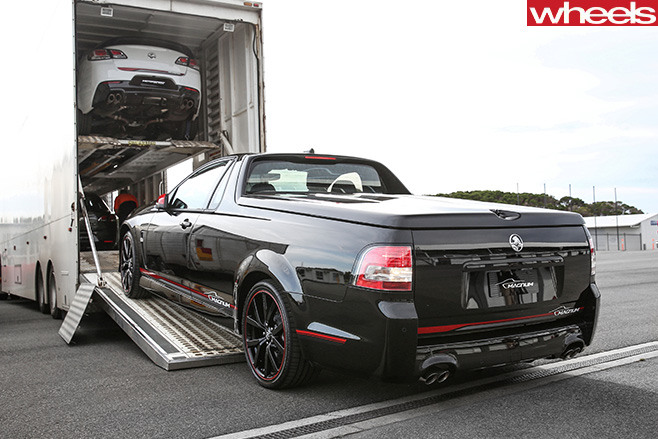 Roughly six months before the curtain is rumoured to fall on Ute production in this country, Holden has gathered together some of the best components from global Zeta-platformed cars to create the limited-edition Magnum ute (as well as two special sedan models)

Unlike the sedans, however, the Magnum ute ($59,290 manual; $61,490 auto) receives its own suspension set-up. It foregoes the Magnetic Ride Control (MRC) adaptive-damping arrangement from the Motorsport Edition and Director due to an exhaust contact issue, and instead features the regular SS-V Redline sedan’s excellent FE3 suspension for true sporting dynamics. Ignoring any need for load-carrying duties, the Magnum’s rear spring rate is 26 percent softer than an SS-V Redline Ute’s, allowing maximum use of its long-wheelbase balance and grip. Yet the Magnum shares the cooling and braking packages of the Motorsport and Director sedans to complement its upgraded suspension. 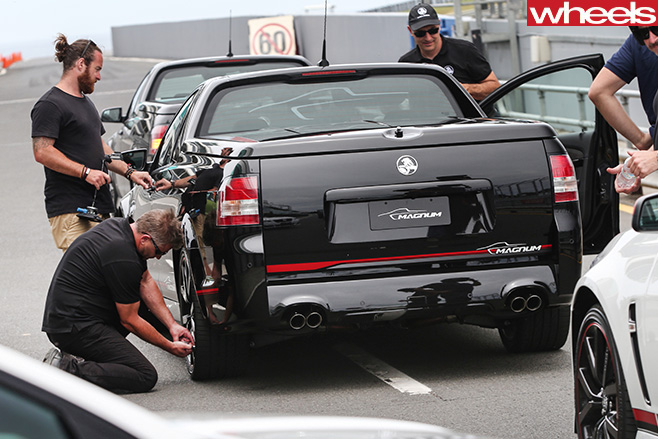 The cooling pack brings all three limited-edition VFIIs up to ‘GM Level 3’ track spec, as per Chevrolet’s Camaro and Corvette coupes. This involves an engine oil cooler (as fitted to the US police-spec Caprice) as well as an in-tank cooler for the manual (already on the V8 auto) and an auxiliary transmission cooler for the auto ’box. 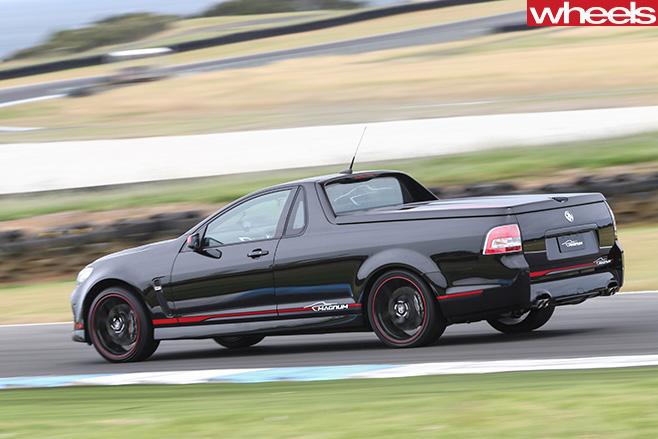 Without the tautness of MRC’s ‘Competitive’ adaptive-damping tune, the fixed-damper manual Magnum ute we flog around Phillip Island feels softer than the gun sedan, but not by any huge measure. The ute body style’s longer wheelbase slows its change-of-direction ability a little, but the vast reserves of grunt from the 304kW 6.2-litre LS3 V8 mean you can apply power to shift the Magnum’s tray-backed tail to great effect.

Less weight over the rear introduces a playfulness to the Magnum’s balance adjustability that makes it feel pointy and lively. While it may not have the ultimate purchase of the sedans – or be able to match their max-attack lap times – there’s an entertainment factor to the Magnum ute’s handling that makes it just as brilliant at what it does. And yet there remains an underlying degree of safe, progressive and clearly telegraphed grip that allows the driver to use the LS3 V8’s riotous acceleration without fear of the Magnum swapping ends. 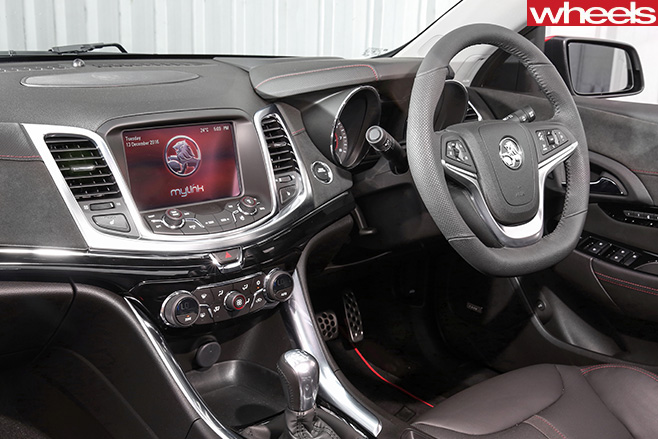 Indeed, running the same engine, brakes and cooling package as Holden’s farewell-edition sedans, the Magnum ute signs off the final chapter in Australia’s own motoring story with respectfully brutish brilliance.