There’s an old saying: it’s not what you’ve got, but what you do with it that counts. It’s not always used in reference to cars but it’s very applicable to the Aston Martin DB11 V8.

It’s Aston’s first model to use an engine from its technical partnership with Mercedes-AMG, and as such the 4.0-litre twin-turbo V8 from the GT sits beneath that aluminium clamshell bonnet. 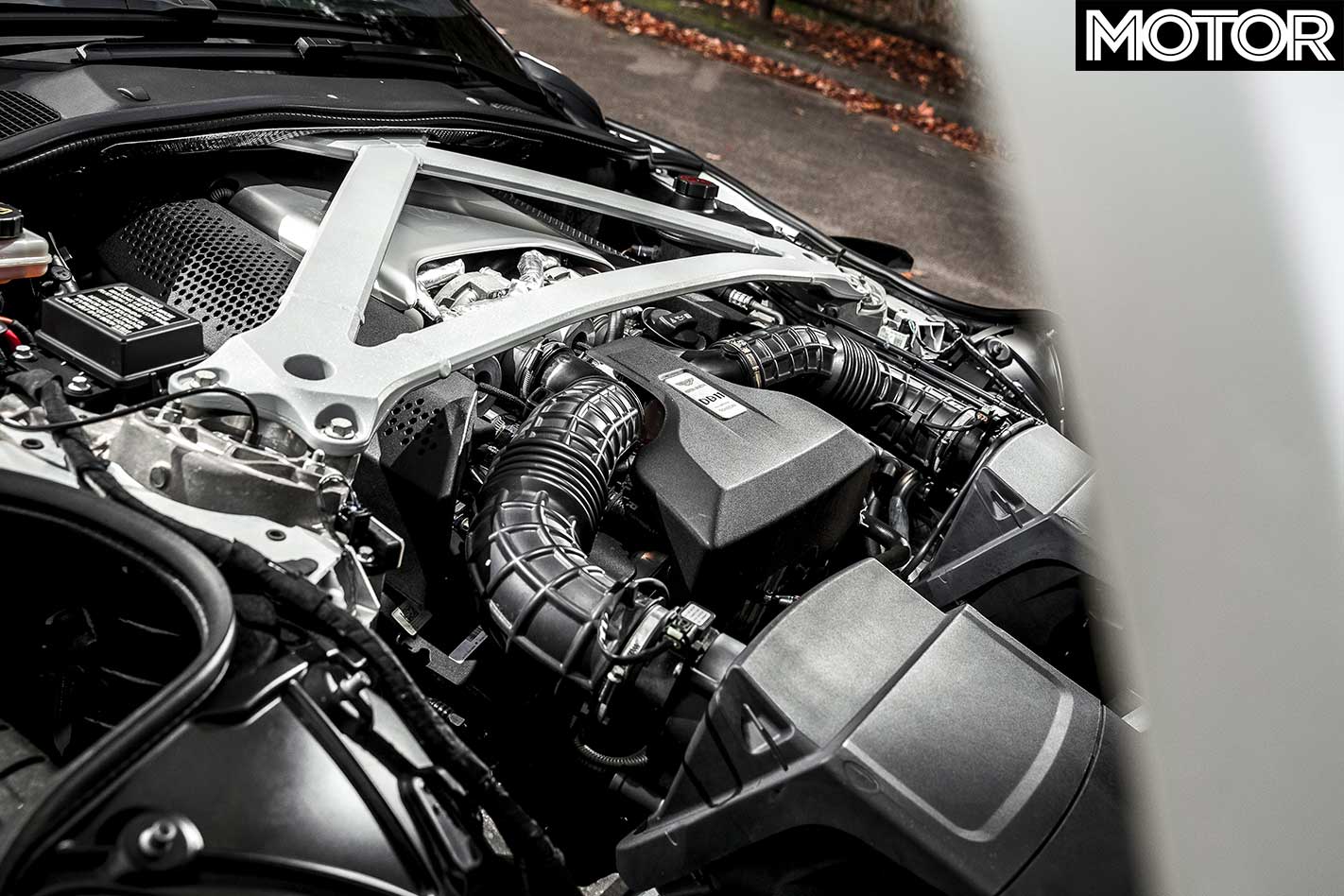 Given their layout similarities, you could be forgiven for thinking of the DB11 V8 as an Anglo AMG GT, but the two are very different in character. Part of the reason is that Aston hasn’t just plonked the engine in, connected the wires and gone to the pub.

The result is a lightly softer, more rounded engine character. Under full throttle there’s a deep roar, but it lacks the hard-edged bark of the AMG and the overrun theatrics are toned down slightly. That said, it’s more vocal than the V12, which is in line with Aston’s intention for the DB11 V8 to be more sporting without losing its gentrification. 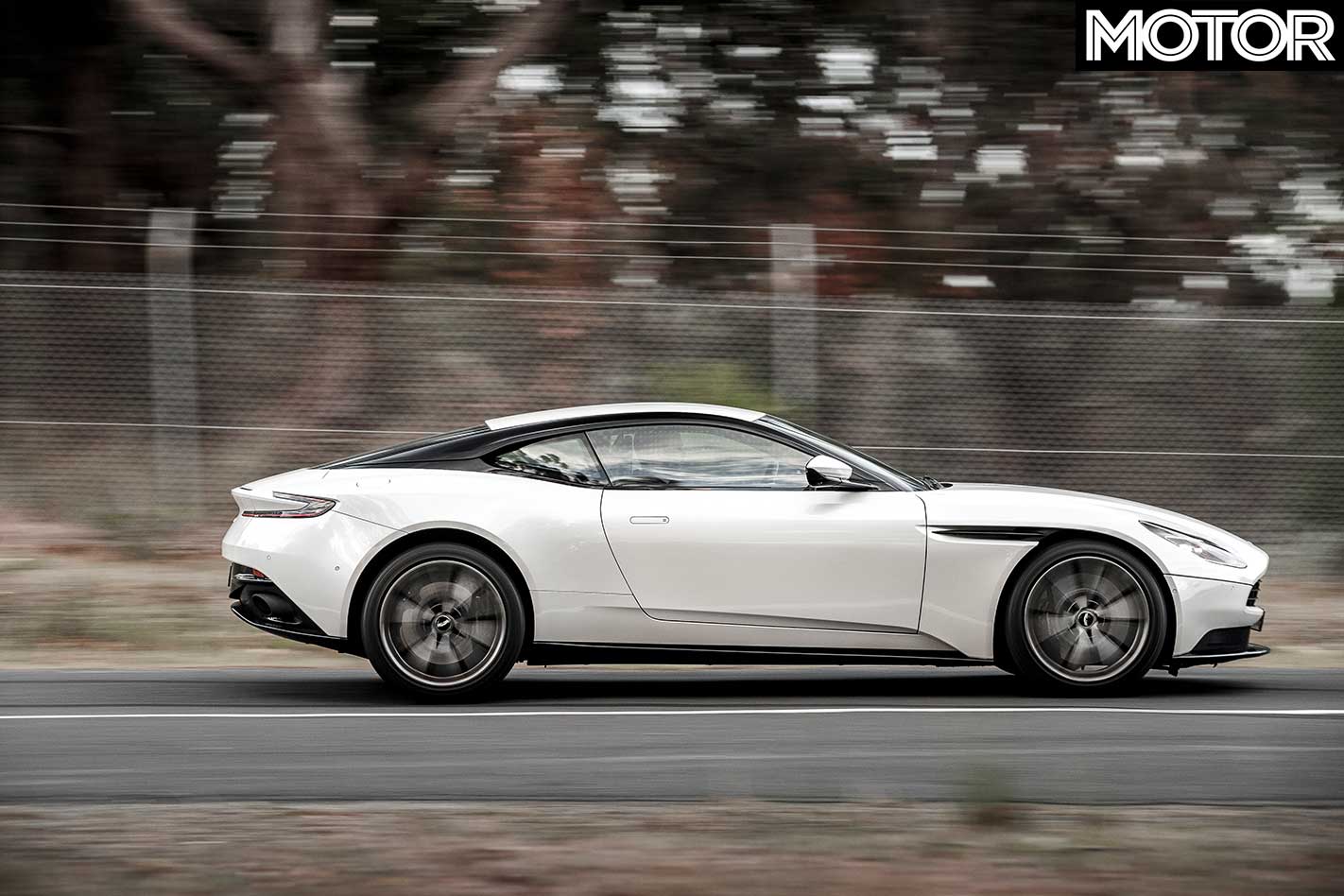 On the road it would take a back-to-back test to split them, for after taking a moment to wake the turbos the V8 hits massively hard in the mid-range and revs cleanly to 7000rpm.

Another key difference between Aston and AMG is the former’s use of an eight-speed automatic rather than adopting the GT’s seven-speed dual-clutch. Whatever it loses in shift speed (not much) is more than compensated for in smoothness, with the occasional lurch on tip-in its only real vice.

Putting the best to the test on MOTOR reviews

The paddles are beautiful, too; cool to touch, long enough to prevent their fixed location being an issue and very satisfying in their long-throw action. 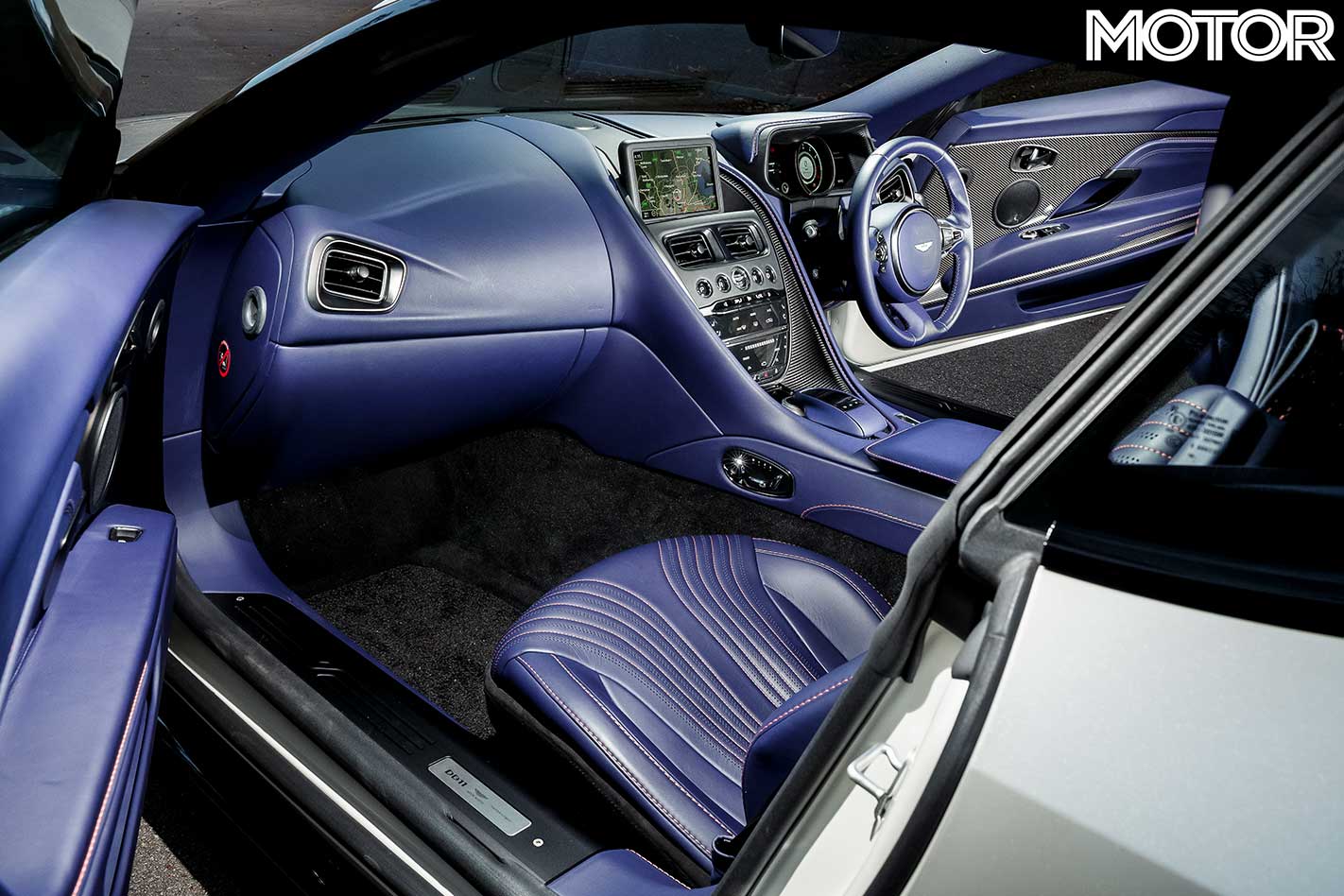 Aston used the change in engine configuration to, in its words: “Explore the more dynamic side of the DB11’s character.” The 115kg diet certainly helps, which also slightly alters the front-to-rear weight distribution from 51:49 to 49:51.

Most of the chassis has come in for attention, including revisions to the springs, dampers, anti-roll bars, bushings, geometry and ESP, though the wheels and tyres remain the same as the V12.

Essentially, the two cars handle quite similarly, though the V8 is definitely the most extroverted of the pair. Whether because of tyre condition, chassis setup or power delivery – likely a combination of all three – the V8 is much happier to lose traction than its bigger brother. 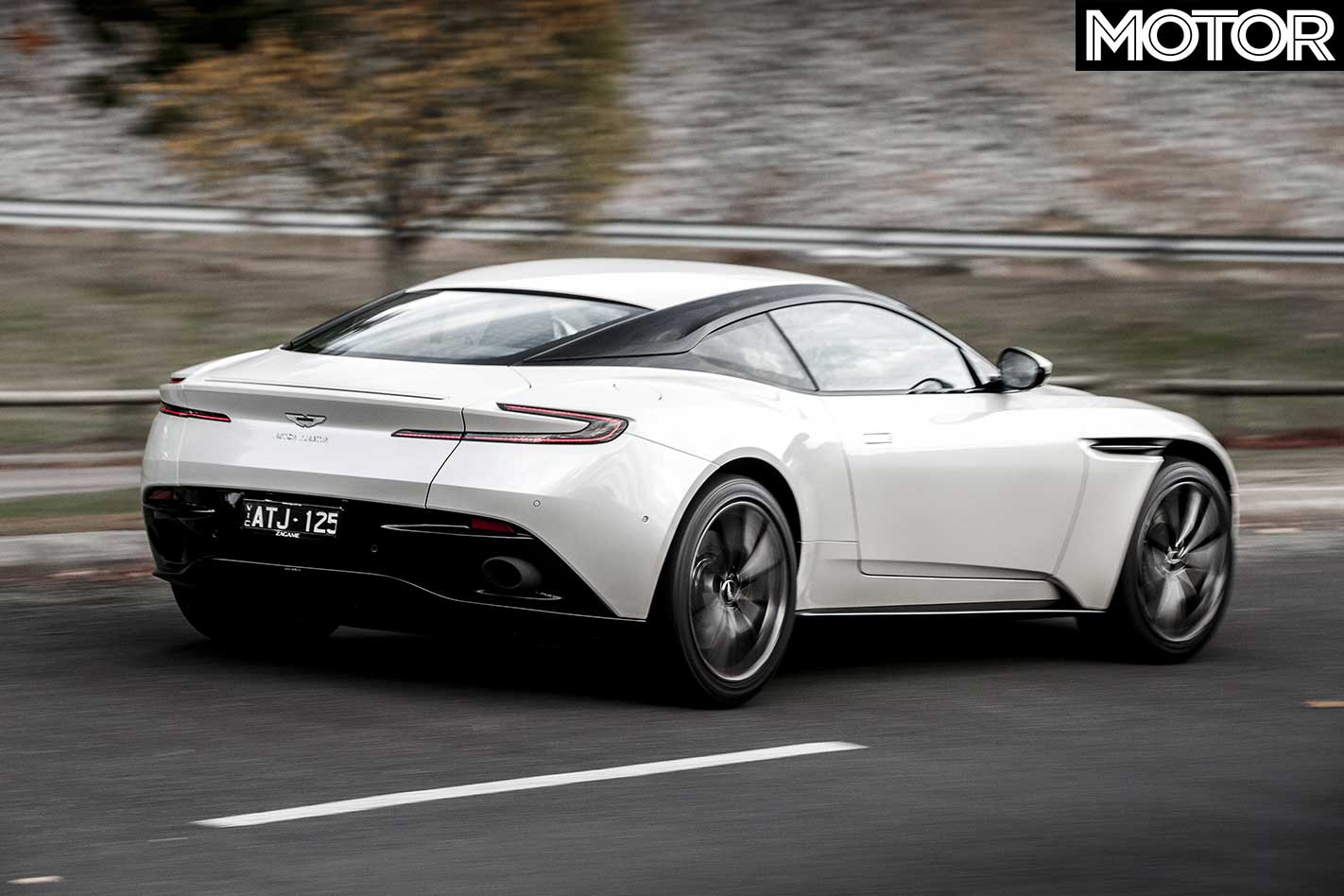 It’s still a big, heavy car with a setup biased towards grand touring ability rather than outright dynamic precision, but its more exuberant handling does make it the more fun car to punt hard. The steering is a particular highlight, but its balance is also impressive for such a big car; trail the brakes on corner entry and the rear will gently slide to help point the nose.

The penalty for this extra dynamic ability is an added terseness to the ride. It’s still good, but doesn’t have the same plushness as the V12, frequently fidgeting over small road imperfections. It’s this penalty that leaves the V12 as our DB11 of choice, which feels to better fulfil the grand tourer brief.

Yes, it’s more than $60K dearer, but that’s hardly a deal breaker when you’re talking $400 grand.  If you want a sporty V8 coupe, we’d suggest the Mercedes-AMG GT R or, if you want an Aston, a fully loaded new Vantage. 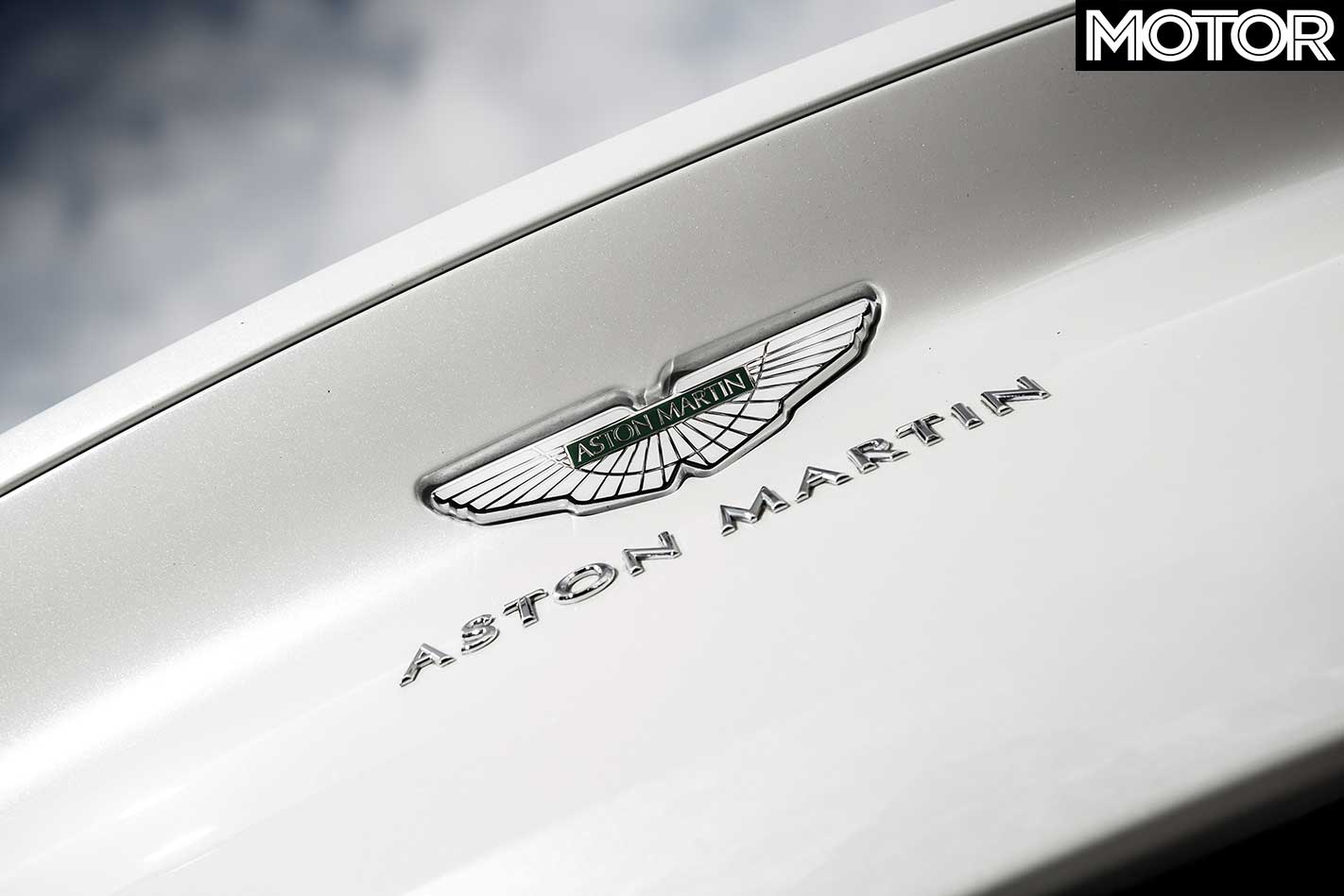 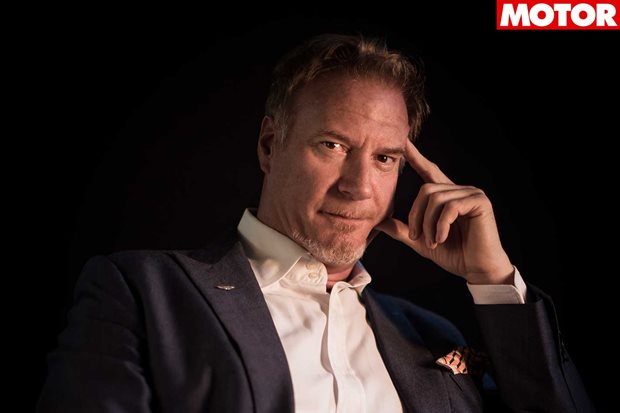 Marek Reichman on Aston Martin’s future and its first SUV 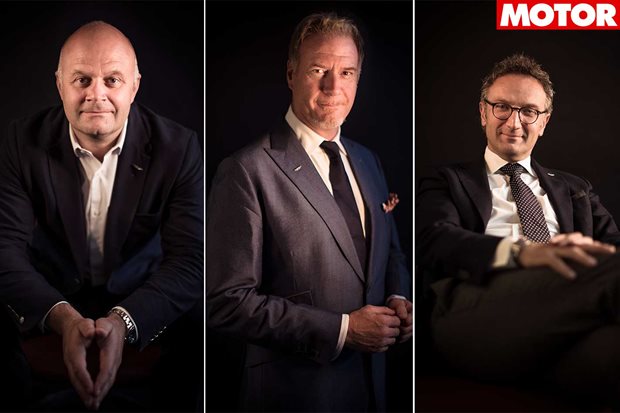 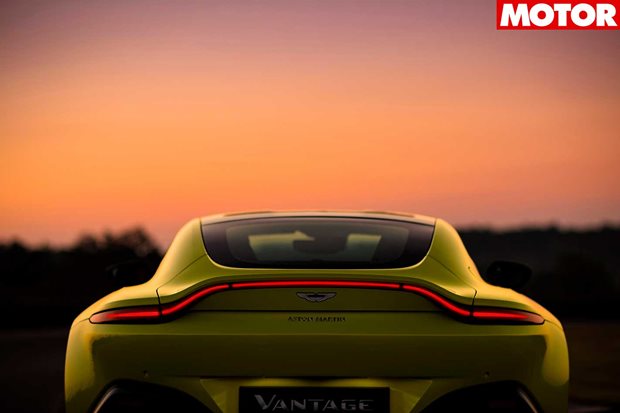 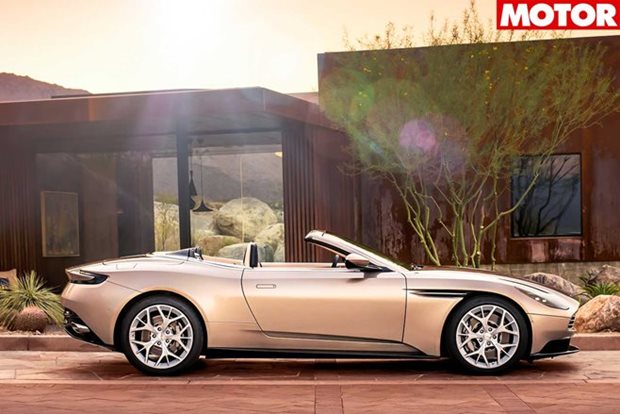 Drop-top DB11 arrives in Oz ahead of Australian Grand Prix 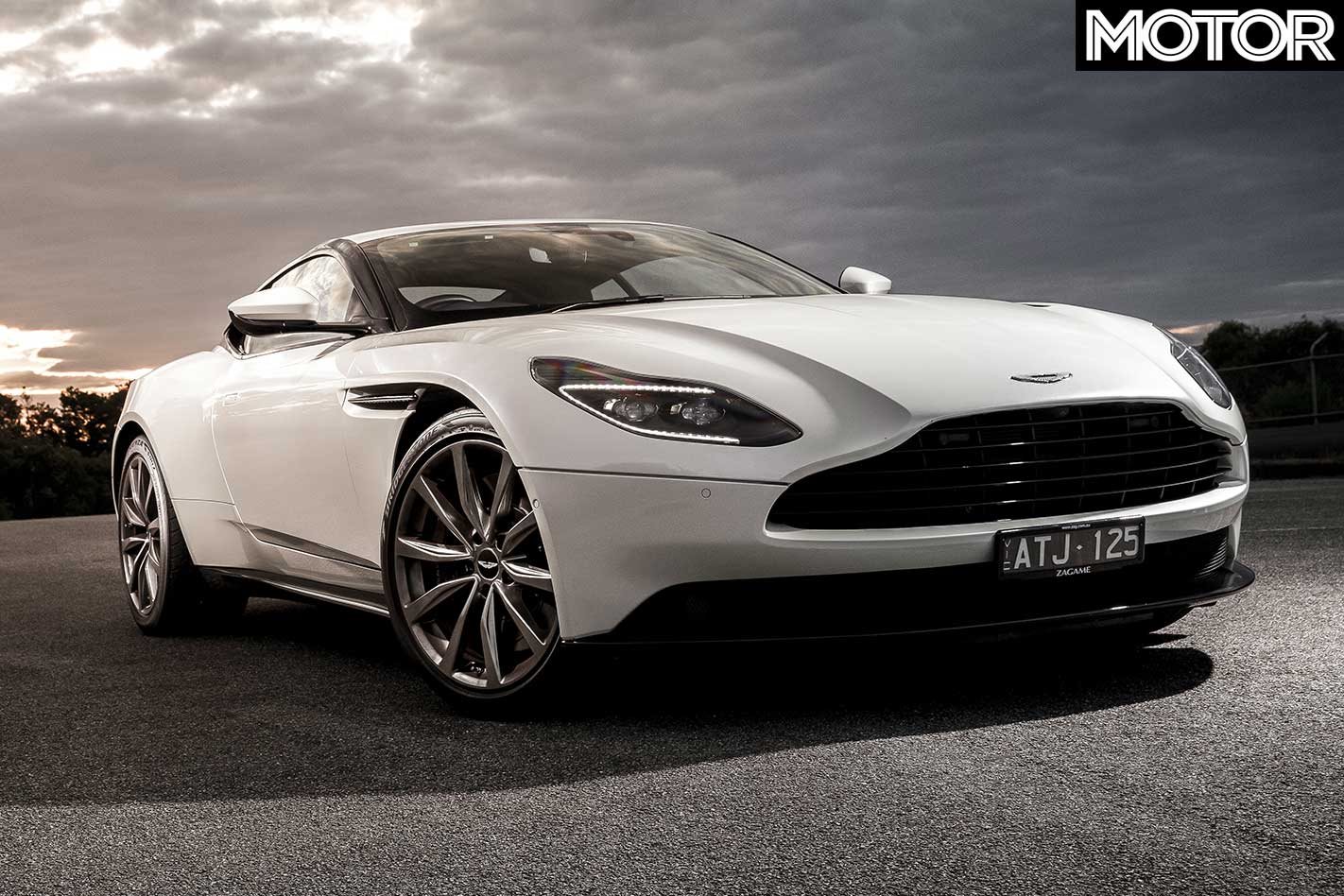 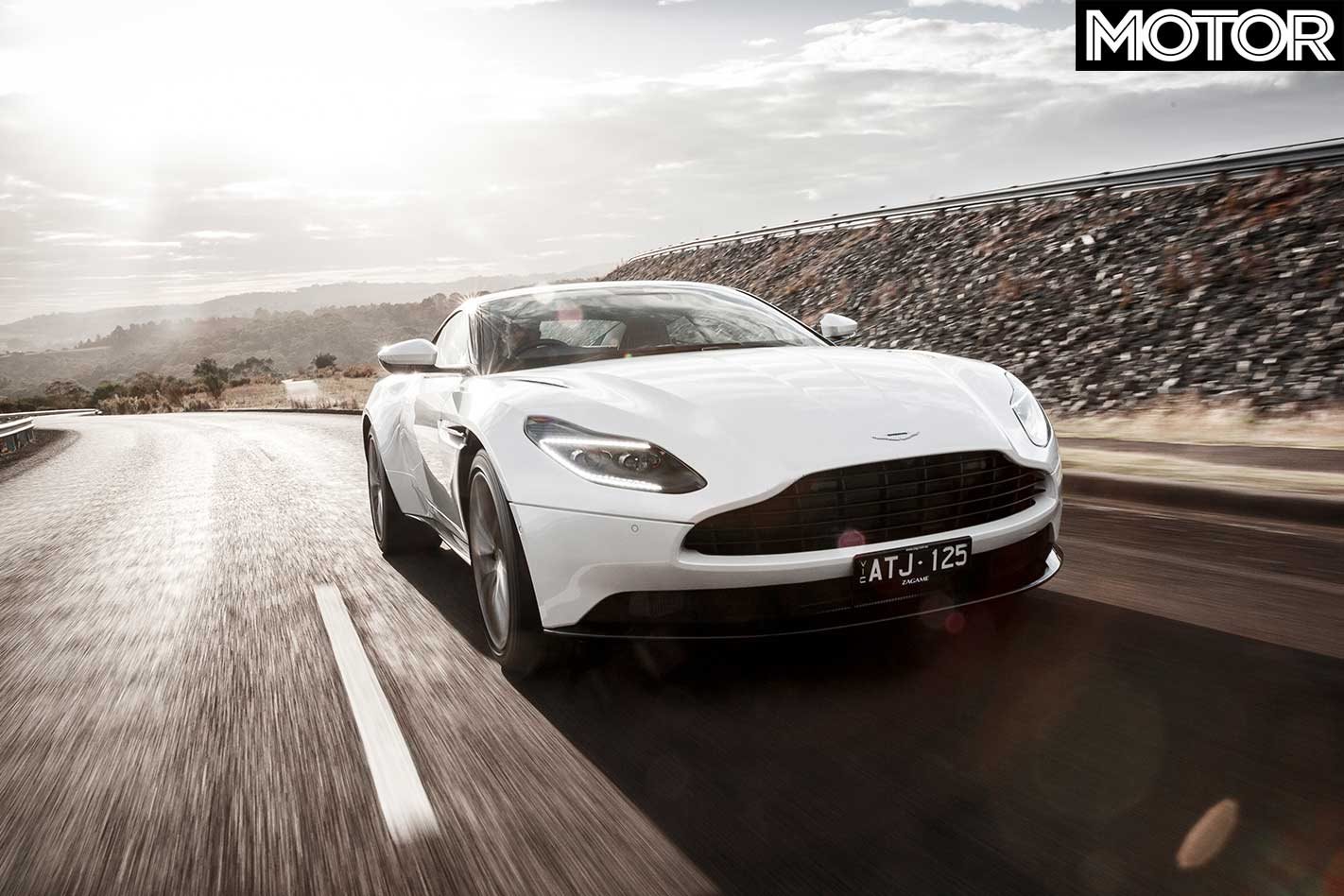 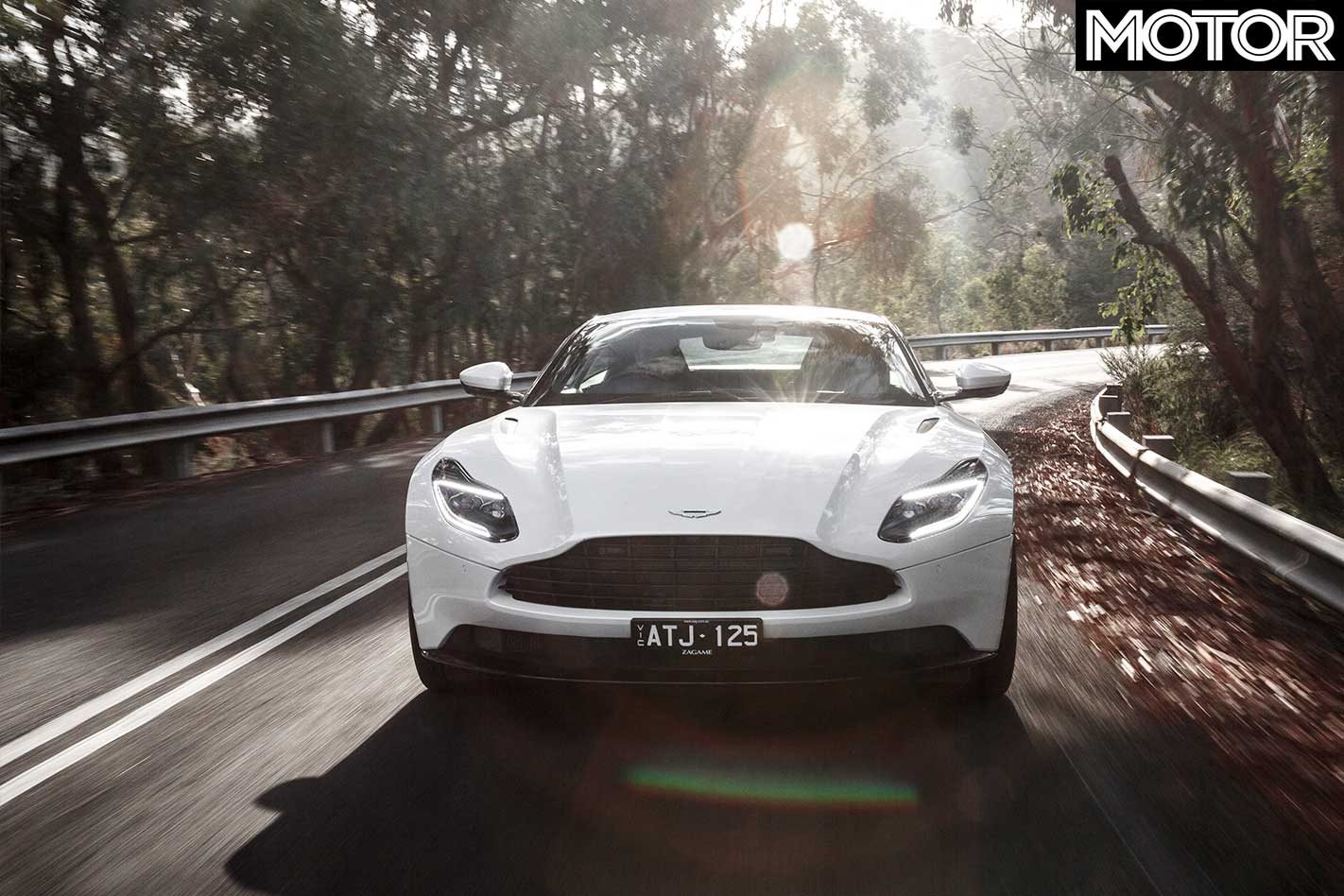 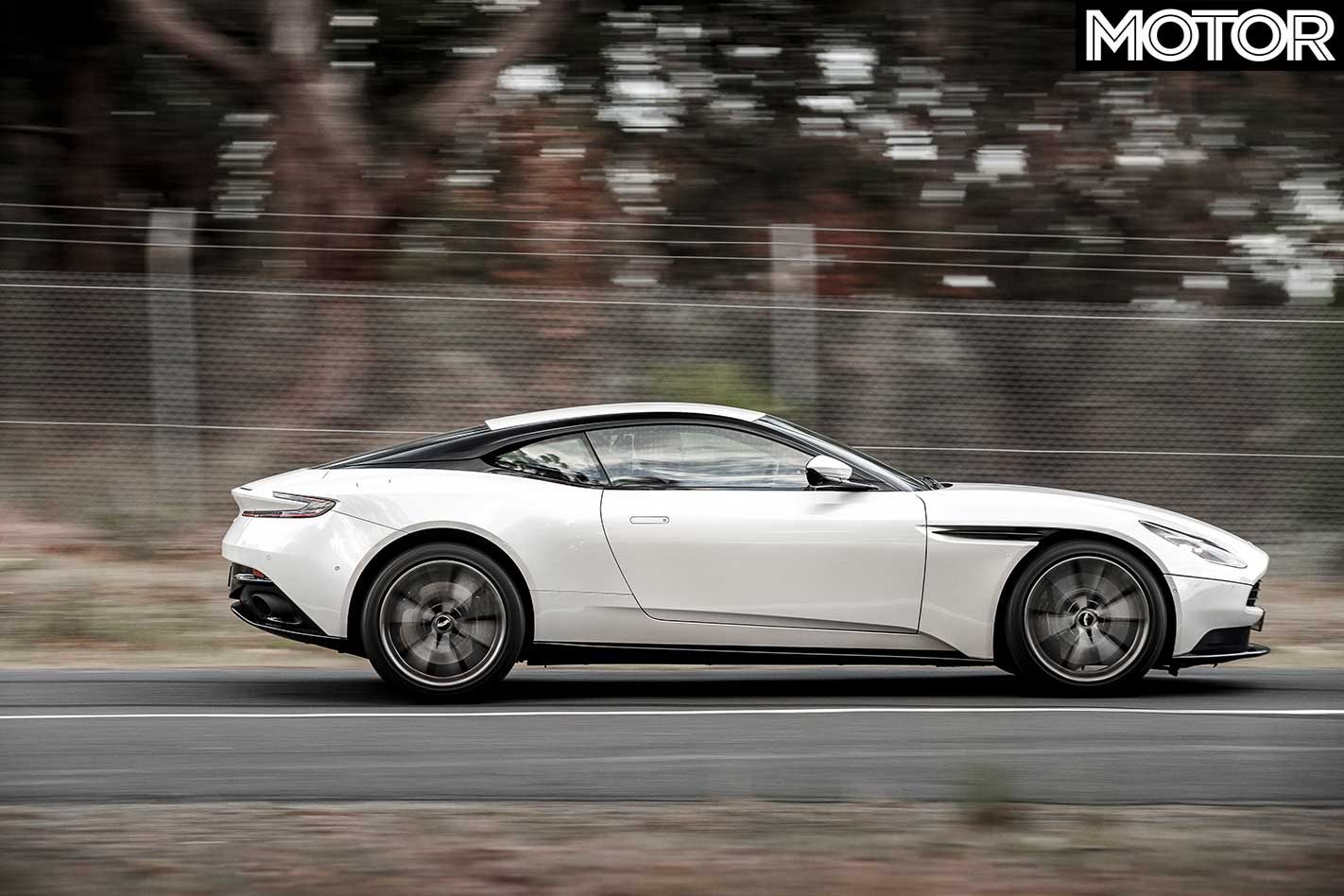 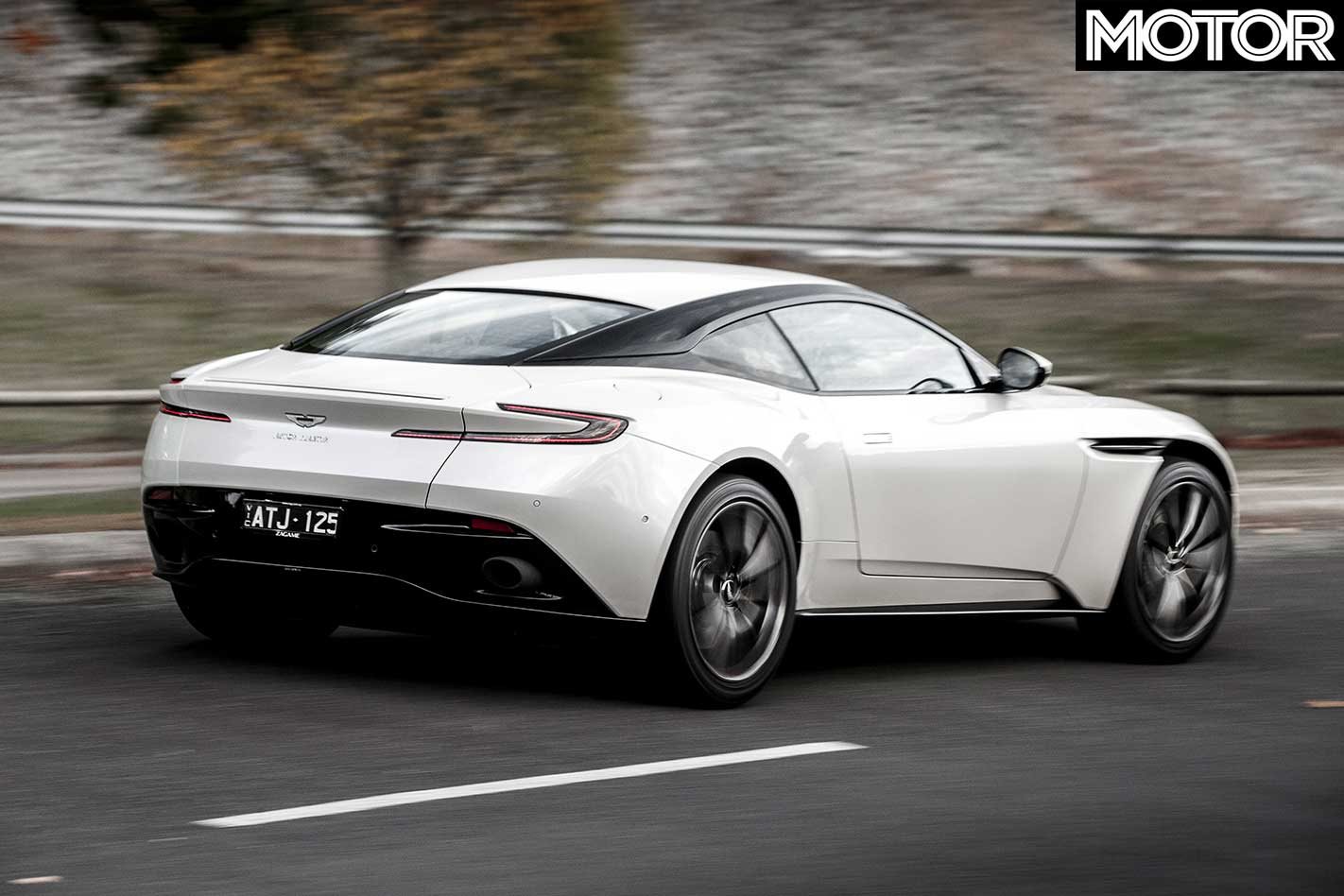 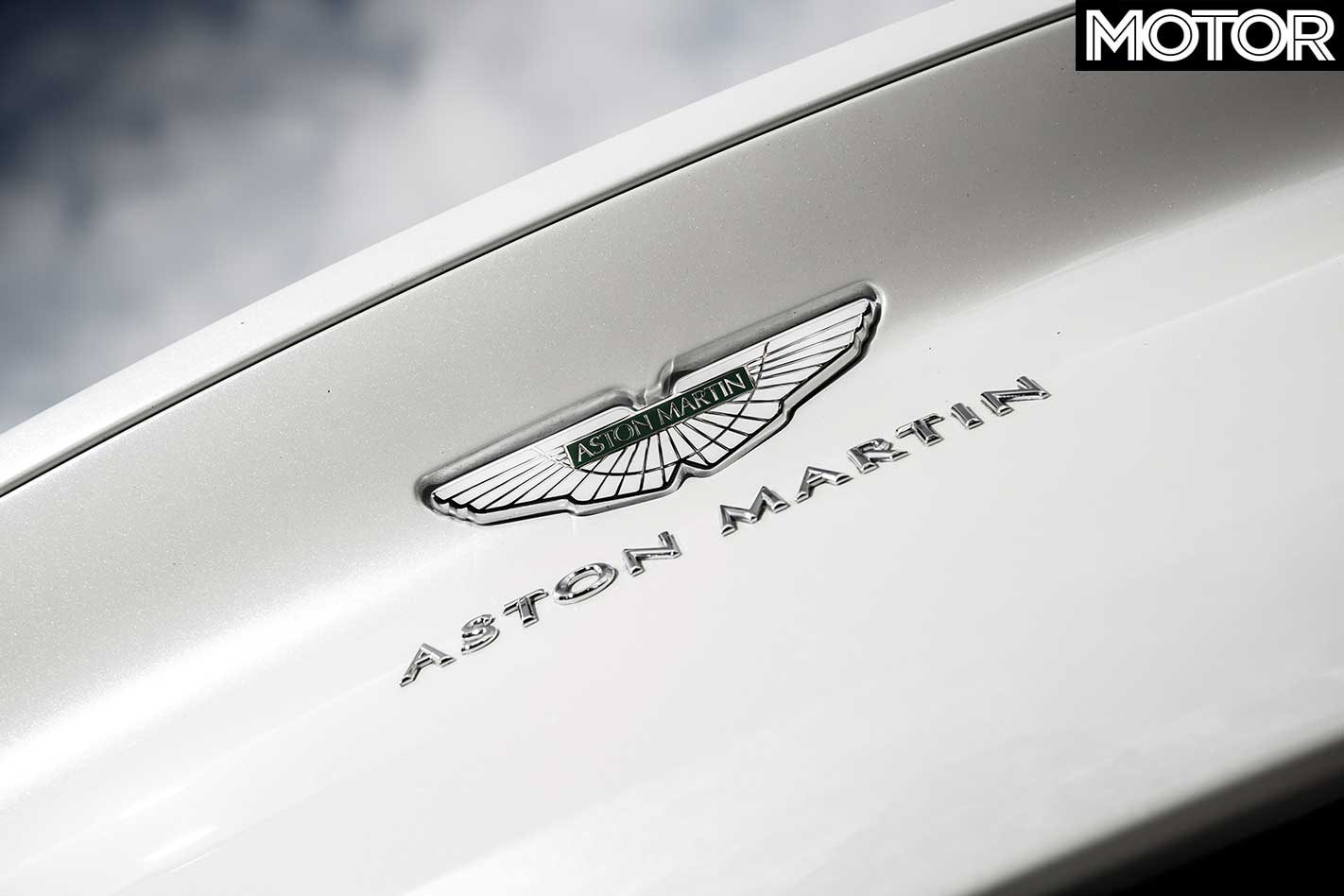 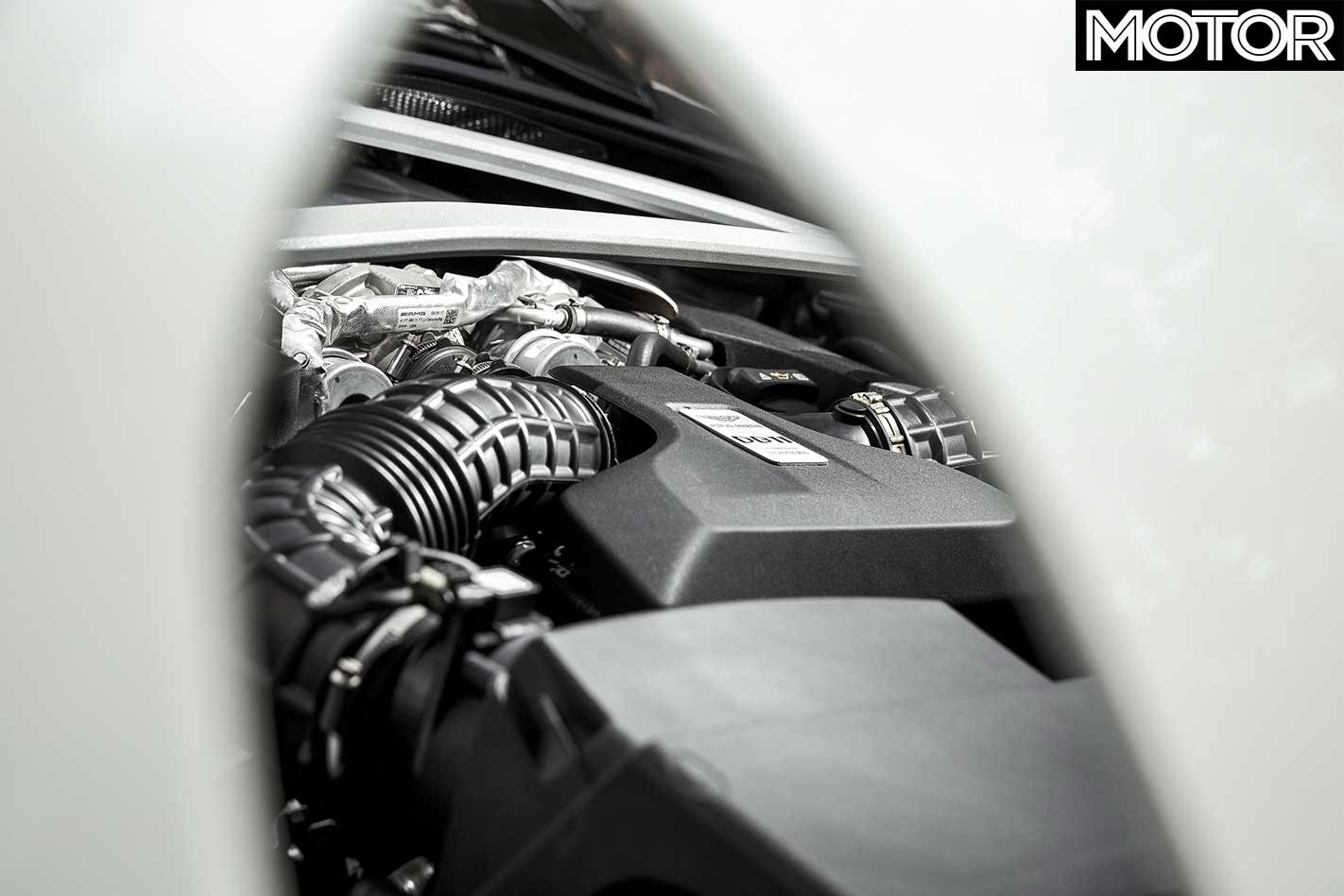 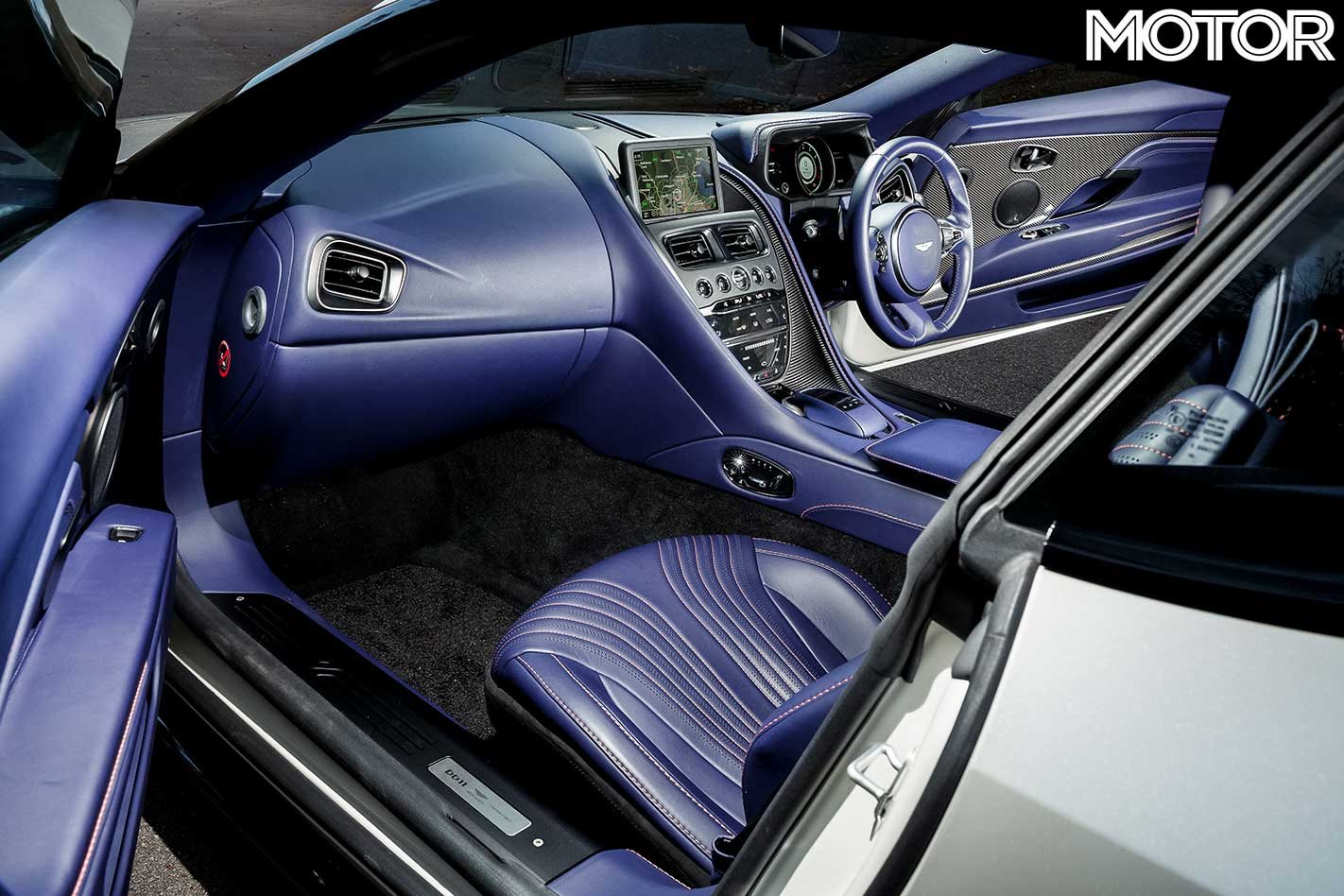 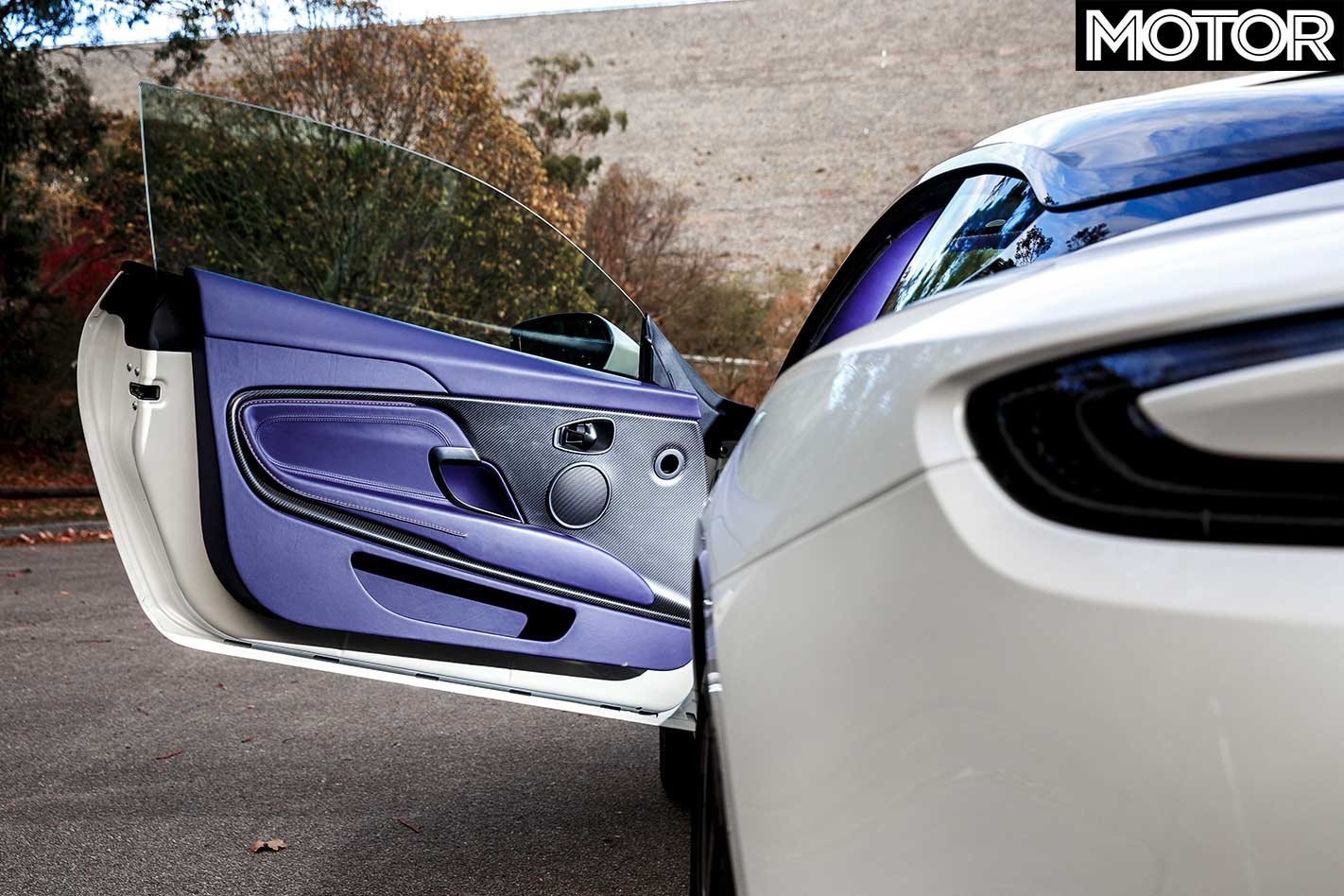