An updated version of Ford’s hot-selling Mustang, which arrives Down Under this June carrying boosted equipment levels, more power and performance, plus a heftier price tag.

Like the previous version, you can also have an auto-only convertible with either engine. 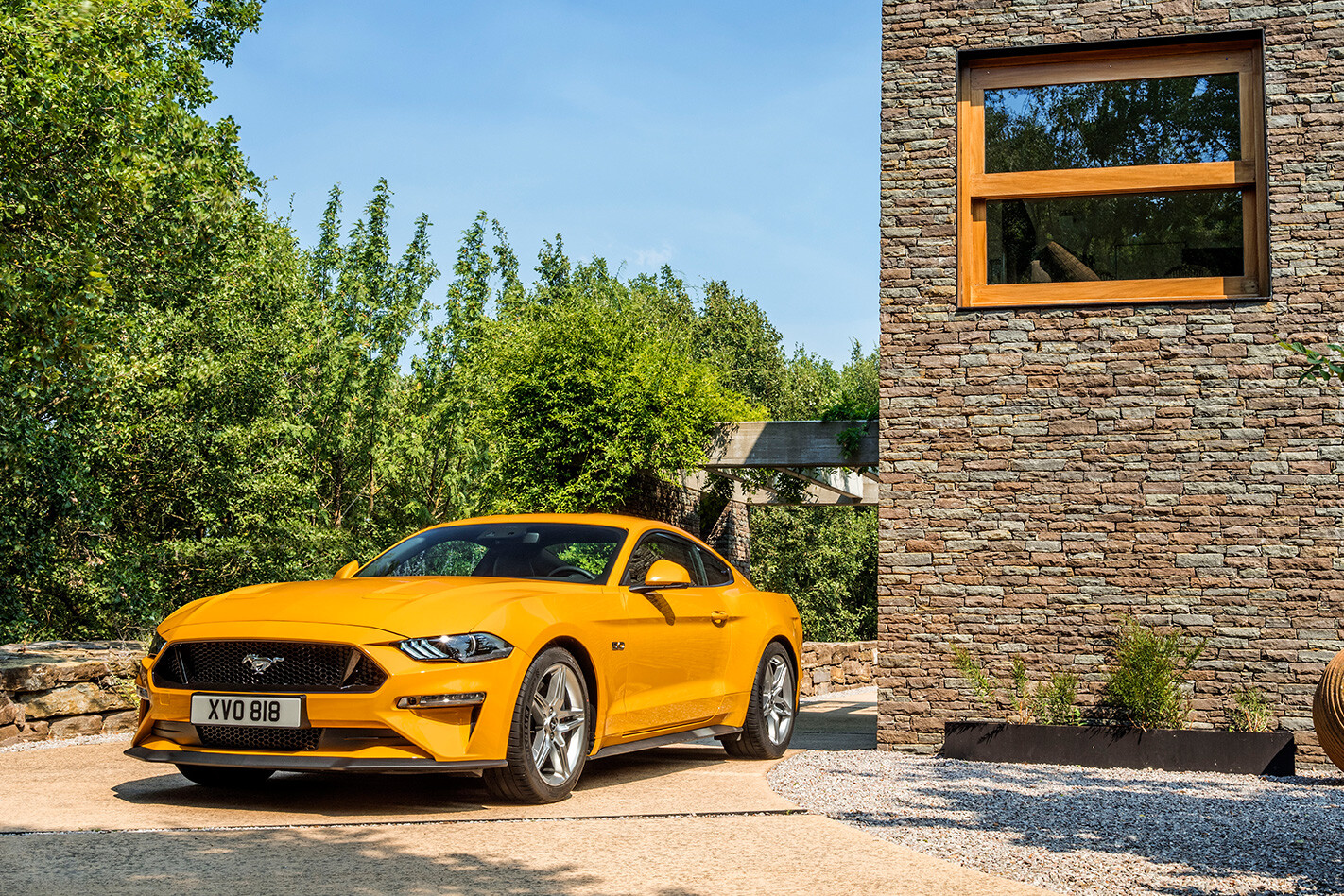 Mostly because we’re impatient. Rather than wait for the updated Ford Mustang to arrive here later this year, we snagged an early drive in Los Angeles to see if the 2018 model is worth the extra spend. Plus, this is no mild overhaul. The 5.0-litre V8 has been given a 33kW shot in the arm taking peak power to 343kW, both auto and manual transmissions are overhauled and the technology inside the cabin has been upgraded.

THIS decent mid-life refresh sees the 2018 Mustang improve on what was an already attractive and well-rounded offering in the affordable sports coupe market. More grunt is always going to go down well with Australian muscle car fans and the improved soundtrack is now representative of its performance.

Improved seats and a more advanced infotainment system also address other shortcomings and help make the 2018 Mustang an even more compelling package. MY CHINESE friend Yu lived in a land-locked province of China until she was in her early 20s when she moved to the UK to study at a seaside university in Plymouth. The first time I took her to the beach she took a few steps towards the waves, dropped to her knees and sank her hands into the sand where she remained for some time in silence staring out to sea. I think she went back almost every day for the next three years.

Australian muscle car fans had a similar reaction to the Ford Mustang when it was introduced in early 2016.

The initial offering was fast, dynamic, looked the biz, and Australians understandably went nuts for it, but a budget interior and muted exhaust note copped flak from its critics; criticisms that have been addressed with the 2018 model year update.

As for the sound? For the 2018 car, Ford is including, as standard, the active valve exhaust that is an option in the US and it has transformed the Mustang. In normal mode the V8 report is wholesome rich and muscle car authentic – every bit as good as an atmo-era AMG.

But flick the driving mode into Sport or Track and the soundtrack turns from vocal to downright manic. We have everything crossed that Ford offers the same system in unfettled form for Australian customers, although we wouldn’t be surprised if it needs toning down for our noise regulations.

The excellent sound is produced by a “thoroughly reworked” engine and the sophisticated Coyote 5.0-litre V8 is an absolute gem. Power is up 33kW over the previous generation peaking at 343kW, while torque has also been given a 26Nm boost to 569Nm and the Mustang pulls strongly all the way through the rev range. Low-end torque is light-on for a Yankee V8, but the reward is an engine that loves to rev beyond 7000 rpm. Combined with the more theatrical exhaust note, pinning the throttle in the updated Mustang is totally addictive.

Unlike some competitors the Mustang’s engine is a showcase of modern design including four overhead camshafts with variable timing and lift, clever ignition timing that has slashed cold-start emissions and both low-pressure port injection as well as high-pressure direct injection.

Our car was fitted with the six-speed manual, which is now even kinder on the left thigh thanks to a twin-plate clutch. The result is not just a lighter feel but a clutch that is more progressive and easier to modulate. The other big news is that Australian customers will also be offered a new 10-speed SelectShift automatic for an extra $3269 which was developed with GM and replaces the six-speed unit. An example was unfortunately unavailable during our US trip, but Ford reports the slick new box is faster in operation and improves performance, although fuel consumption of 12.7L/100km is unaffected.

As you would expect, the extra tech and more standard goodies have affected the price and the 2018 model costs $5500 more than the version it replaces – a cost many fanatical Mustang fans are likely to happily front for a significantly improved ‘Stang.

MagneRide adaptive dampers will also be a new arrival as a $2750 option and stiffen – or soften – the ride depending on the setting. Our tester had the MagneRide box ticked, and switching it to the most comfortable mode tamed the Mustang’s firm ride.

In corners however, the Mustang is still as confident and capable as ever. The turn-in is sharp and the chassis imparts a suppleness to the handling that is approachable and communicative. More weight in the steering would be welcome, but the feel is generally good. 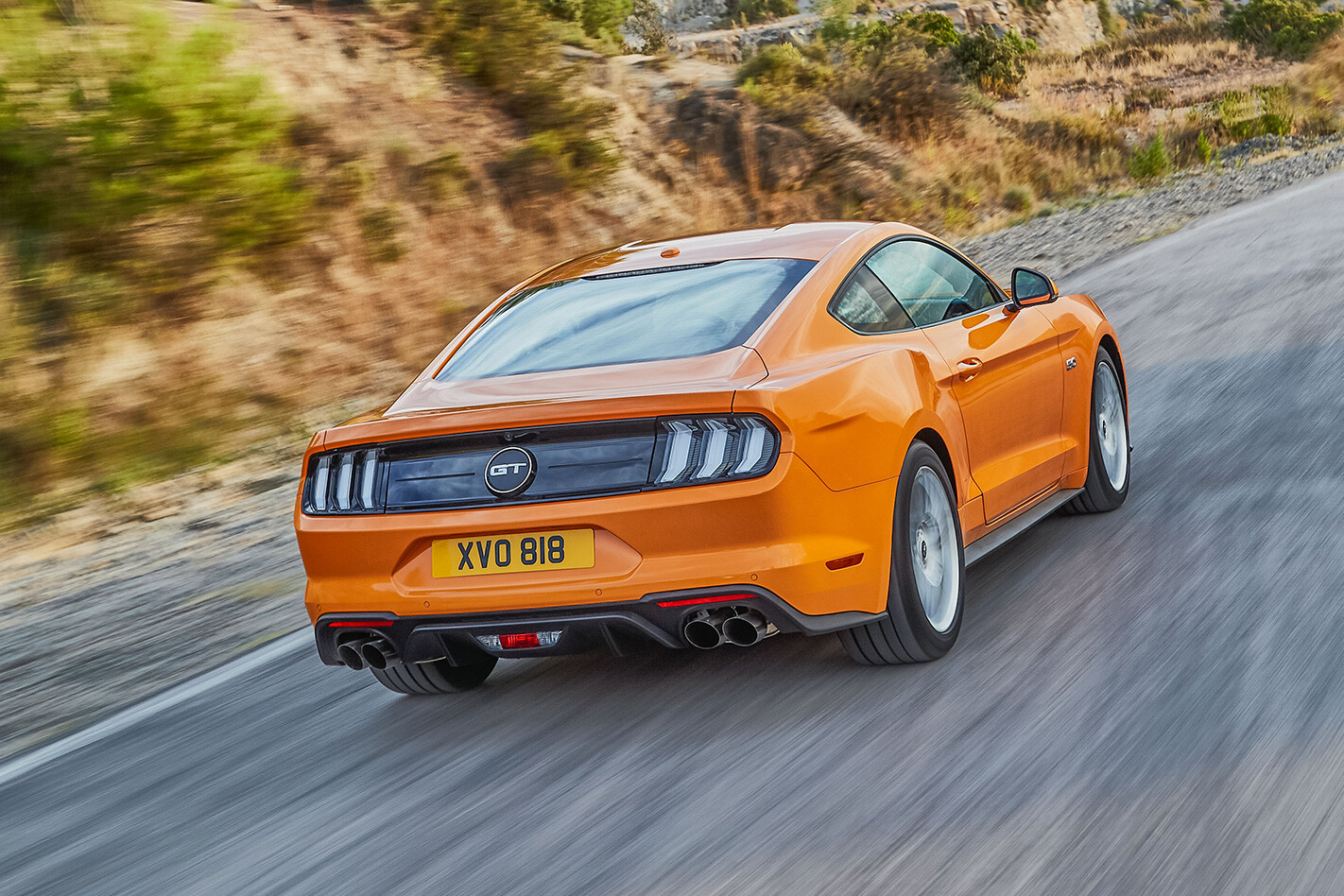 In fast bends there is a little body roll as the weight settles but then stays planted and confident. Push too hard and the tail will let go as you would expect from a rear-drive V8 coupe, but the lateral grip is well balanced when the throttle is used lightly.

Slowing down isn’t a problem either thanks to a massive set of Brembo six-pot front calipers. A firm brake pedal is satisfying and responsive and it would take some serious track punishing to find the fade point of the iron discs.

Designer Kemal Curic had an unbelievably tough job designing the way the sixth-gen Mustang would look. Not only would it have to appeal to a whole new audience including Britain, Japan and Australia, it had to do so without alienating its long-standing American following. Suffice to say Curic nailed it and, happily, the aesthetic update you see here has preserved those good looks.

A new bonnet, redesigned headlights and slightly redesigned tail clusters are subtle but effective. Oh and that colour, Orange Fury, is added to the Mustang palette for 2018. The new look won’t appeal to all Mustang fans but it’s certainly unmistakable. In the US, customers were offered an optional Recaro sports seat, which had a dramatic effect and added a touch of quality to the cabin, as well as replacing the somewhat forgettable standard seats. For the update, Australian customers can now tick the option box for the cracking seats and we thoroughly recommend spending the extra $3000 for both the excellent support and the looks.

The front row is sorted but, despite Ford claiming this to be a four-seater, the second row seating is definitely a child-only proposition. Headroom is severely limited and there is only just enough leg room when the front seats are rolled prohibitively far forward.

There are other more subtle and effective changes. Gone are the more conventional analogue gauges, replaced by an all-digital cluster, a very similar unit of which made its debut in the Ford GT supercar.

Flick the drive mode to sport and the cluster display morphs from a conventional pair of dials to a cool full-width bar-type tachometer with a very handy shift light at the top. Not only is the updated unit more functional, it also adds a significant dose of technological kudos to the model. 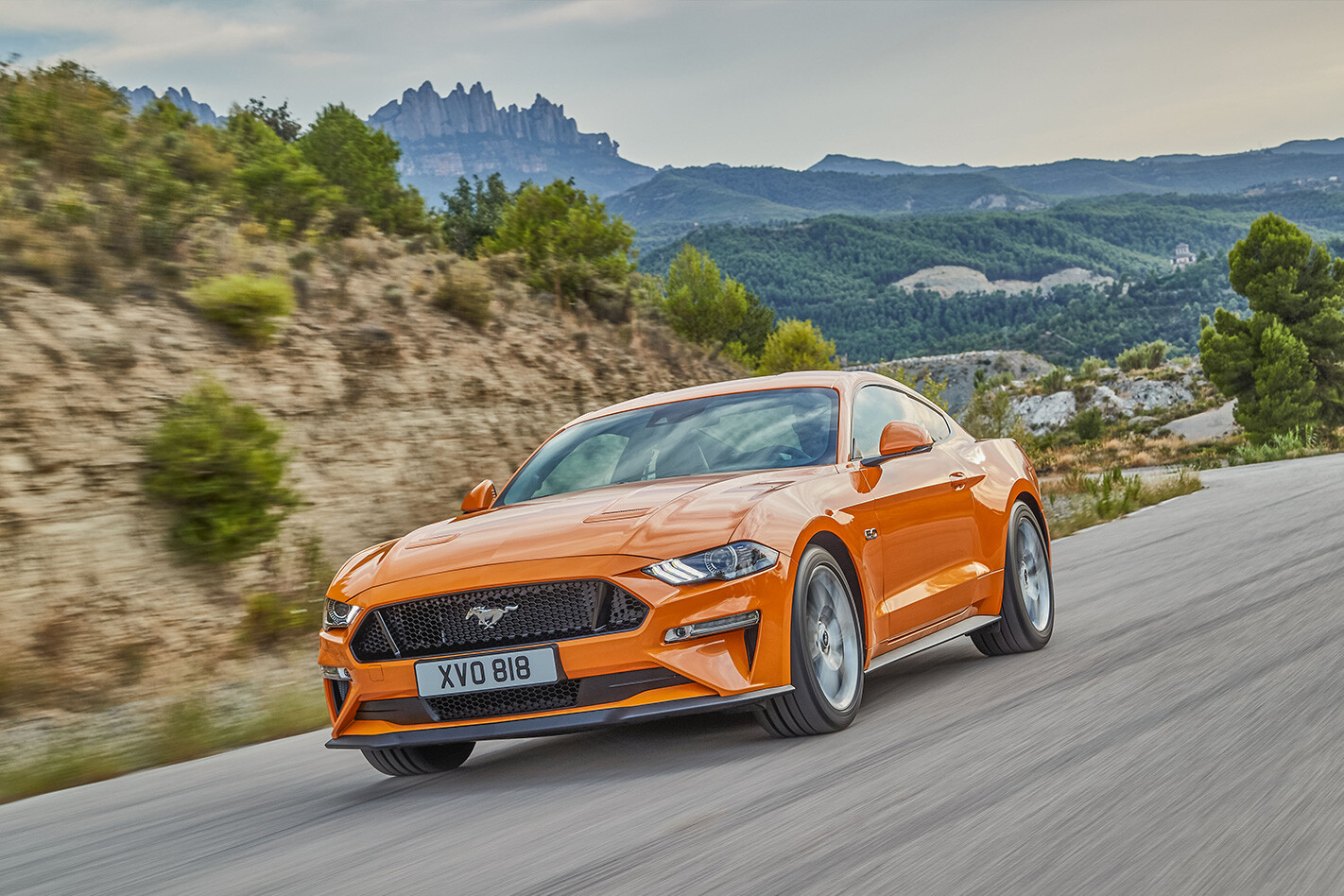 Speaking of screens, the central 8.0-inch touchscreen monitor has also been upgraded to Ford’s Sync3 operating system. There wasn’t a lot wrong with the Sync2 system’s delightfully simple menus, but the update is similarly easy to use with the bonus of sharper graphics and also now includes Apple CarPlay and Android Auto.

Electronic safety systems have also been given a significant boost with pre-collision assistance pedestrian detection, distance alert, lane-departure warning, lane-keeping assist and driver alerts now included. ANCAP is yet to release a rating for the 2018 Mustang but with the safety update, it is likely the new version will improve on its surprisingly poor rating when it was tested last year.

Ford clearly listened to its customers and has delivered an improved product for a corresponding cost.

The 2018 changes are subtle until you give the Mustang full throttle and the result is a well-rounded sports coupe that is still easy to live with. There is no doubt about the Mustang’s performance capability, but it’s also a genuinely useable every-day drive.

Its true test however, will be later in the year when Holden introduces the Chevrolet Camaro right-hand drive converted by HSV. The updated Mustang is a seriously accomplished sportscar but it has to be stronger than ever to prevent its first true rival stealing all the attention.