Bentley's big and brutish coupe returns, ready to show the rest of the world what a Grand Tourer should look like

Big, brutish and beautifully built, the Bentley Continental GT has shifted 70,000 units in its fifteen years on sale. This third-generation car moves the game on significantly, with a new chassis, additional driver tech and sleeker styling. Its brief is as simple as it is ambitious: Bentley has set out to build the finest Grand Touring car in the world.

The Continental GT fills a very specific niche as an everyday plaything for plutocrats. If funds permit, there’s not a lot better at covering big distances in style and luxury. Previous generation cars have majored on bluff presence over elegance, but this latest version is a drop-dead head-turner.

Australia is one of Bentley’s most valuable markets, with a top-heavy mix of W12-engined Continental GTs to date. The latest version should be no exception, with cashed-up Aussies looking to ladle some serious wedge in the direction of the Conti’s options list. We wanted to see whether that represented a decent return on investment. 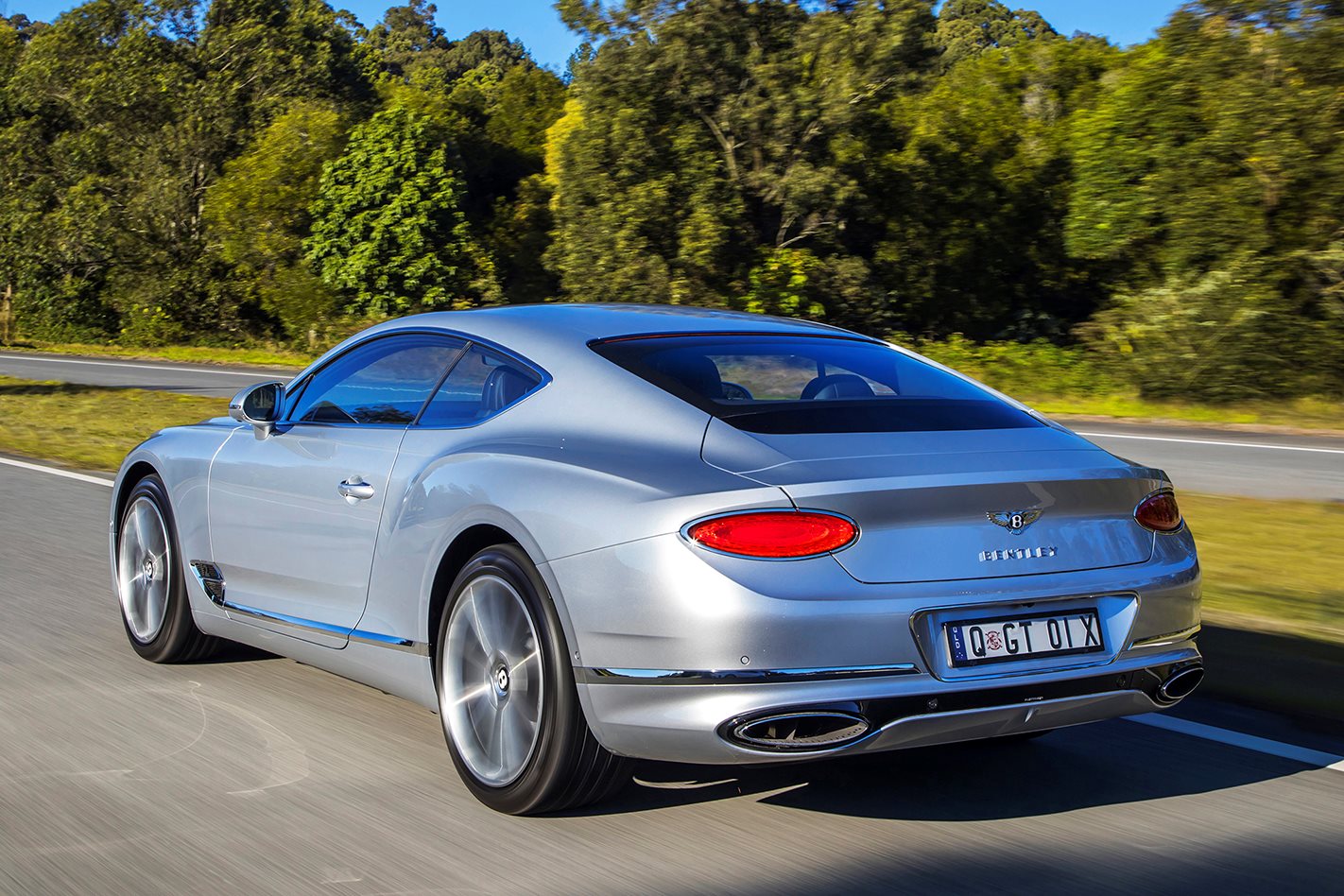 CAN we talk about good decisions? The success of the third and latest generation Bentley Continental GT hinges on just one. Surprisingly, it’s a decision that so many Grand Touring class cars get wrong and if - as Bentley is - you’re intent on defining the best grand tourer in the world, it’s the fundamental building block of the car. That single attribute you need to nail is ride quality. Simple as that.

All too often, the temptation is to chase dynamics, to differentiate your multi-cylinder, continent-crushing bolide on its ability to carve a corner as if its two tonnes of implacable physics were mere bagatelle. But that’s a fool’s errand, as the net result of this fruitless quest is a car that’s neither fish nor fowl - too uncomfortable to nail the GT brief convincingly and too heavy to cut it in the corners. In short, you end up with a car like an Aston Martin DB11 or a Maserati GranTurismo; a trophy wife of a car.

The Continental GT’s trump card is the polar opposite of a sub-eight Nurburgring lap time. Dial the diamond-knurled drive selector switch into Comfort and it rides better than any Continental GT before it. The reason for that is the new three-chamber air spring design that delivers 60 percent more air volume and a wider range of stiffness controls. You’ll feel it on city streets, where the Continental now has a properly sybaritic waftability that’s so well-honed that you’re going to spend most of your time in this mode. 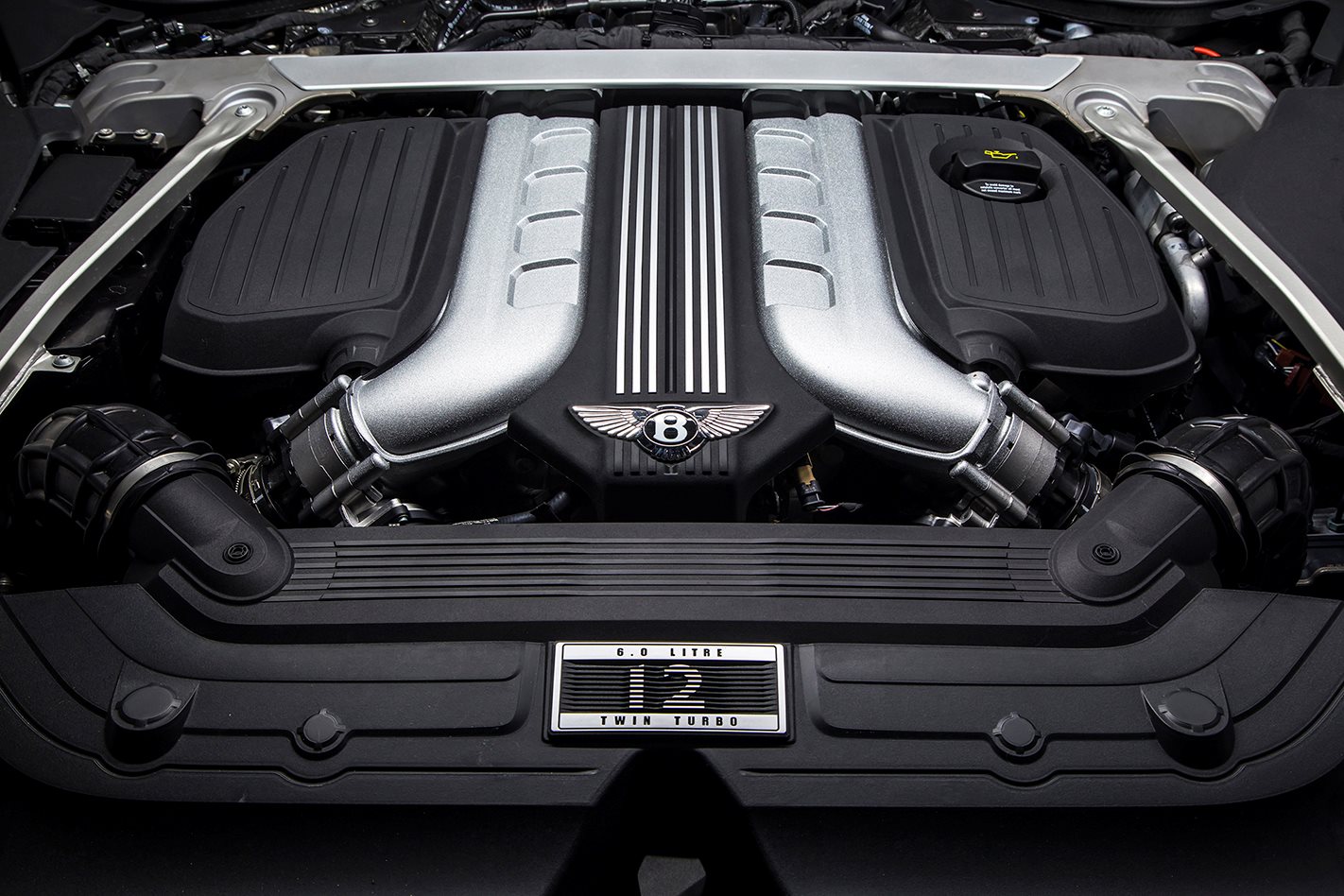 Some tyre noise from the custom-designed 21-inch Pirelli P Zeros - even with proprietary noise cancellation tech - defeats the double glazing, but otherwise it’s a delightful place to be. At typical highway speeds, it’s one of those cars that covers ground effortlessly. It’s a great GT car. Have Bentley built the best? It has to be up there with a Porsche Panamera on that score, which is no great surprise, given the commonality of engineering between the two cars.

Point the lower and wider nose at a twistier road and switch the Conti into Sport and it does a fairly convincing impression of a sports car driving at seven-tenths. Go harder than that and the suspension starts to run out of travel as 2252kg of car starts to hammer into compressions and massive unsprung weights contend with mid-corner bumps. The car leans on torque vectoring by braking, the biggest iron discs on any production car (420mm up front, clamped by 10-pot calipers), getting a workout while the 48v active roll control prevents the car lapsing into the sort of roll-oversteer that would tax any stability control calibration. Drive goes to all four wheels, but there’s a clear rear bias. In Comfort, a maximum of 38 percent of the 900Nm of torque can go to the front tyres, while in Sport, that’s dialled back still further to 17 percent. 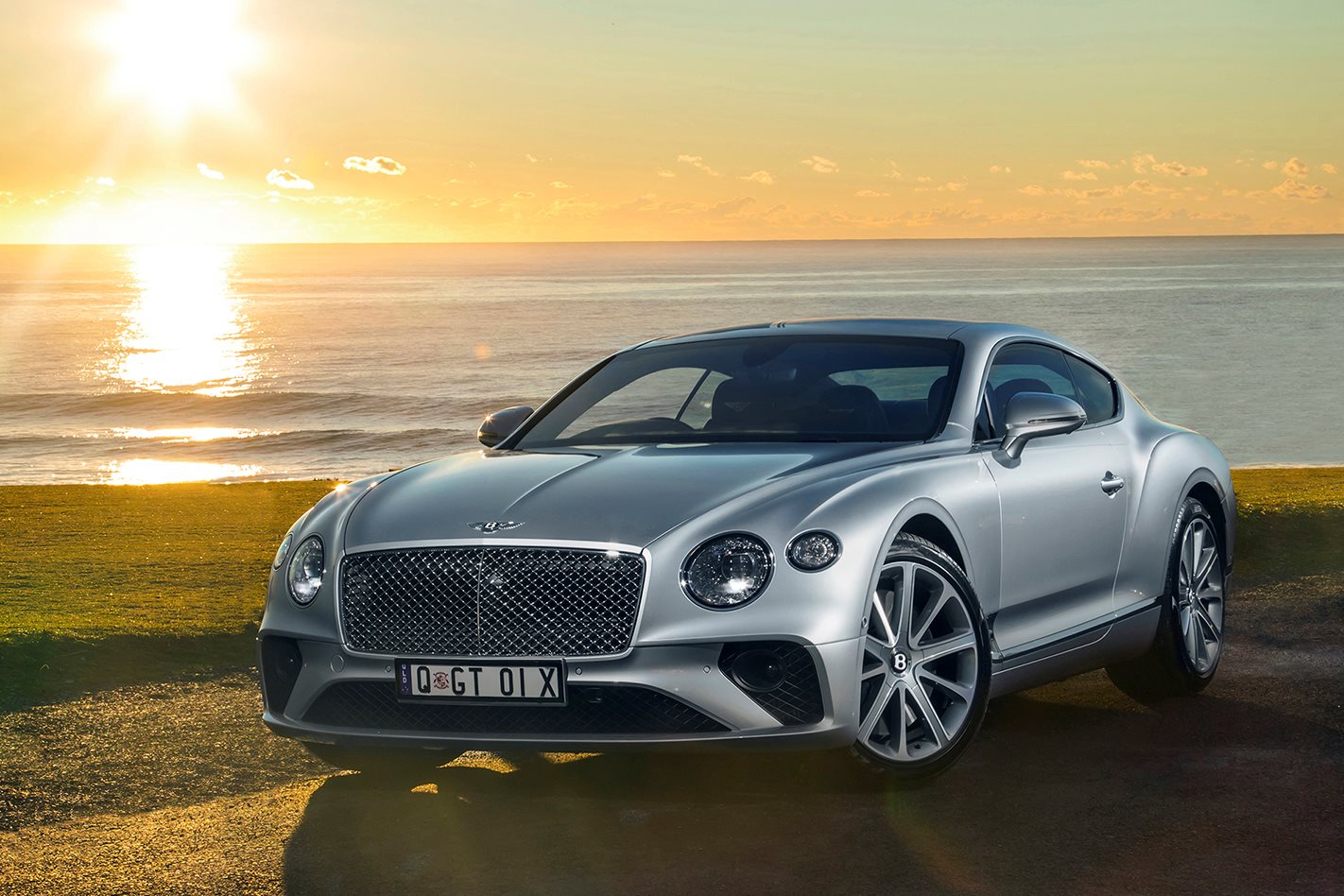 Some 30kg has been taken out of the powertrain and the use of super-formed aluminium body panels and a composite boot lid has further trimmed weight, although it’s all been added back in with safety features and tech, so the Continental GT is no lighter than its immediate predecessor. That car had a mix of mainly steel body panels with aluminium front fenders. Ultimately, physics always wins, though. And do you know what? That doesn’t matter a bit. Nobody is going to spend $422,600 on one of these and then launch it up a mountain road as if it’s a Civic Type R.

All of which makes it a bit of strange decision to buck another industry trend and fit an 8-speed ZF-sourced dual-clutch transmission to this car. Just when most manufacturers are re-embracing increasingly sharp-witted torque-converter automatics, Bentley has instead decided to go the other way. Yes, that’ll pay dividends at flat chat, but when requesting a bit of acceleration when otherwise cruising, it can introduce a jolt. The entire launch of the car was delayed while Bentley finessed ZF’s standard transmission software to get it to the standard that Continental GT owners would demand and while Bentley has done a good job, we remain unconvinced that, at low speeds at least, a dual-clutch - even with a dual-mass flywheel - can slur between shifts quite as smoothly as a torque converter auto. 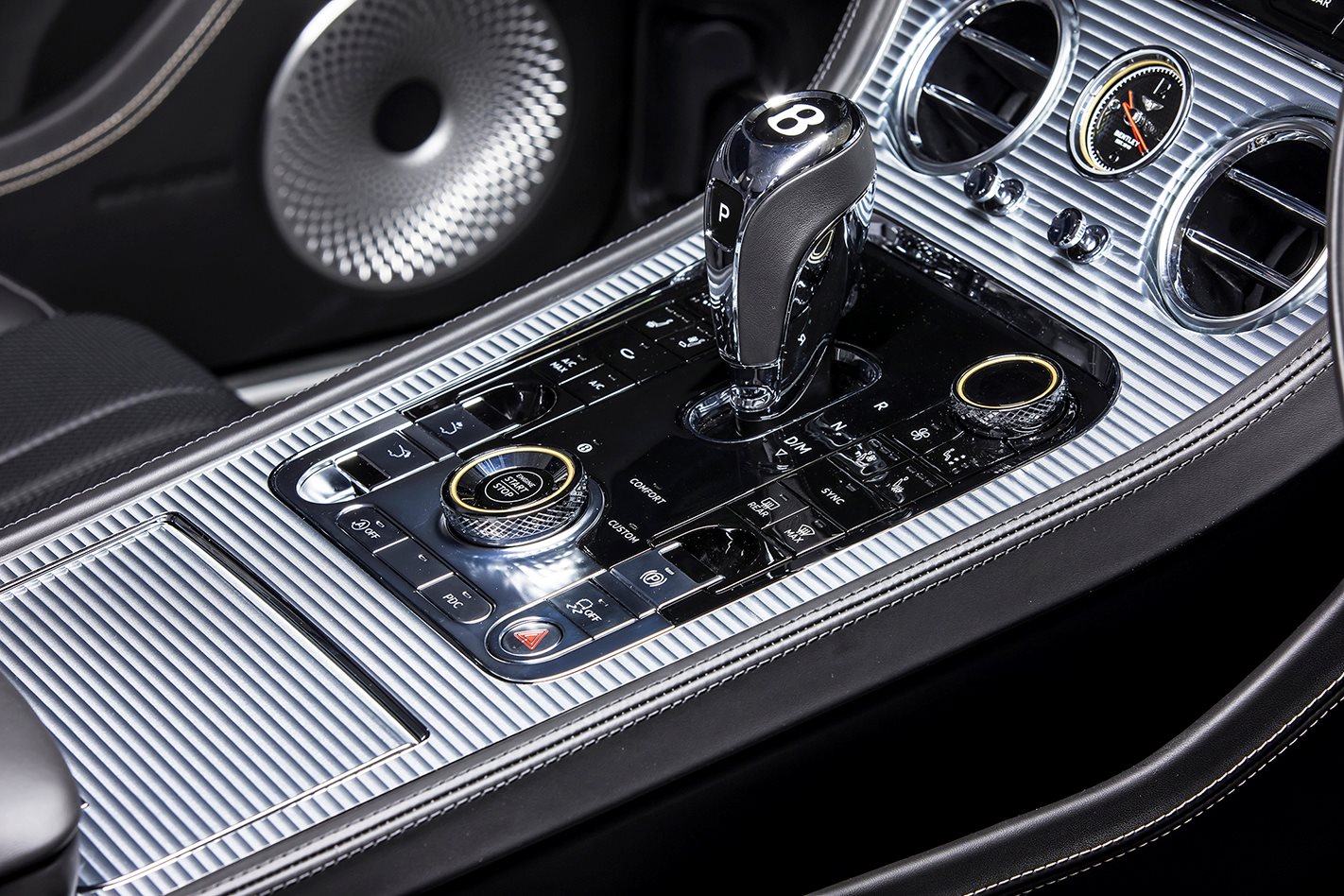 So let’s consider what else buyers want from a car like this. Ride quality gets a tick. Interior comfort too. As is the case with Bentley, there’s a huge array of personalisation options available, but even in standard showroom guise, it’s a well-cut piece of tailoring. The distance from front axle to dash has moved forward by 150mm and this not only creates a more classy profile, it also means that the dashboard feels less monolithic and claustrophobic than before. It’s airier ahead, but at the sides and rear, the windows have become slot-like; almost like the caricature sketches for a show car. Materials quality is as good as you’d expect and some of the new finishes like the three-dimensional diamond knurling on the minor controls are a delight.

Unfortunately, many of the items that really should be standard on this car are expensive options. Like the diamond knurling at $3854. You will want the diamond-stitched seats, which move the quilting up to the shoulder area for better visibility from outside the car and to aid heating and cooling in the cushion and squab. 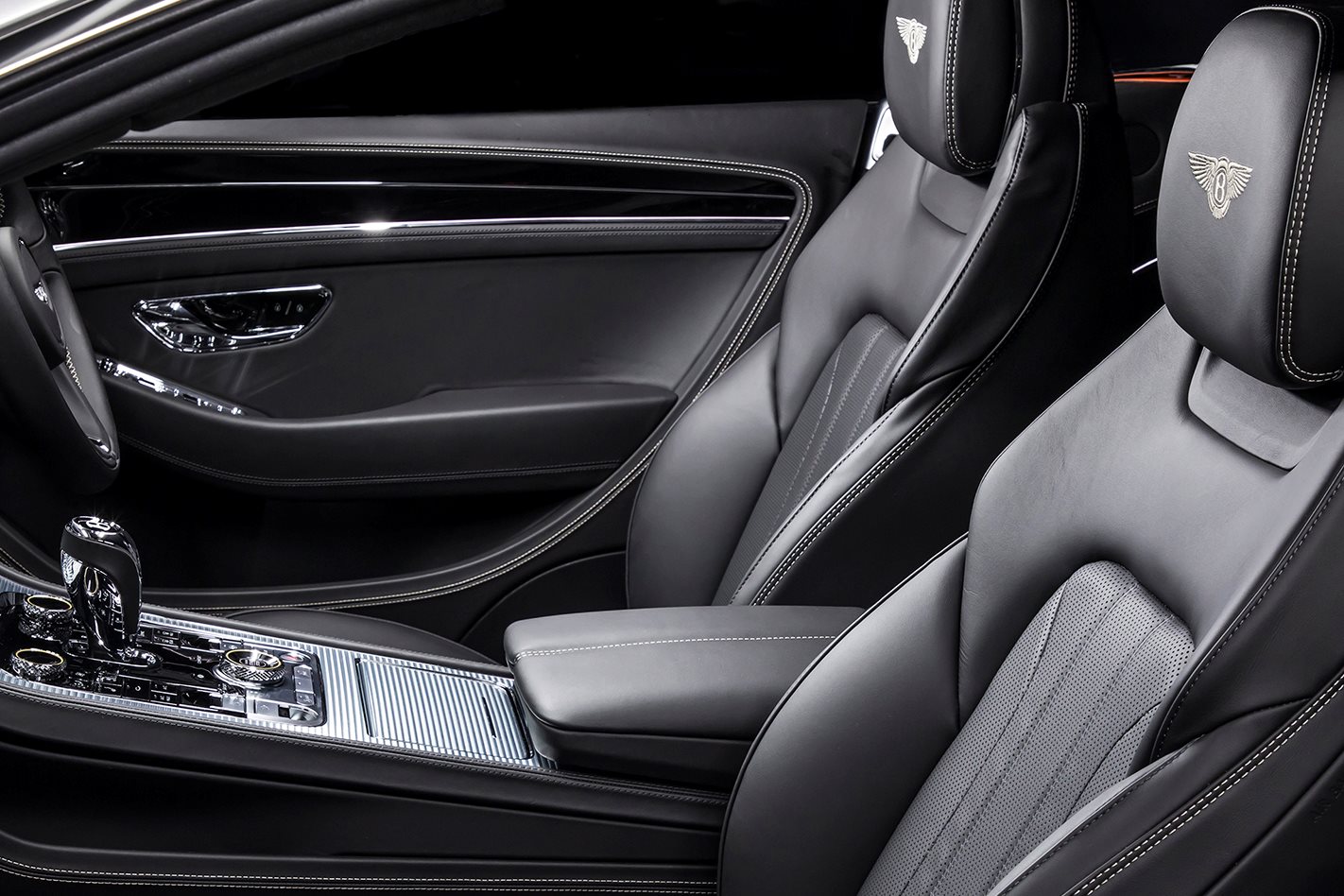 Likewise, the rotating digital screen ($12319) is a real showstopper, flipping the central 12.3-inch screen around to display a trio of analogue dials displaying engine temperature, compass and chronograph. Bentley calls the switch to the analogue dials a ‘digital detox’. Take up on that option will be almost 100 percent. 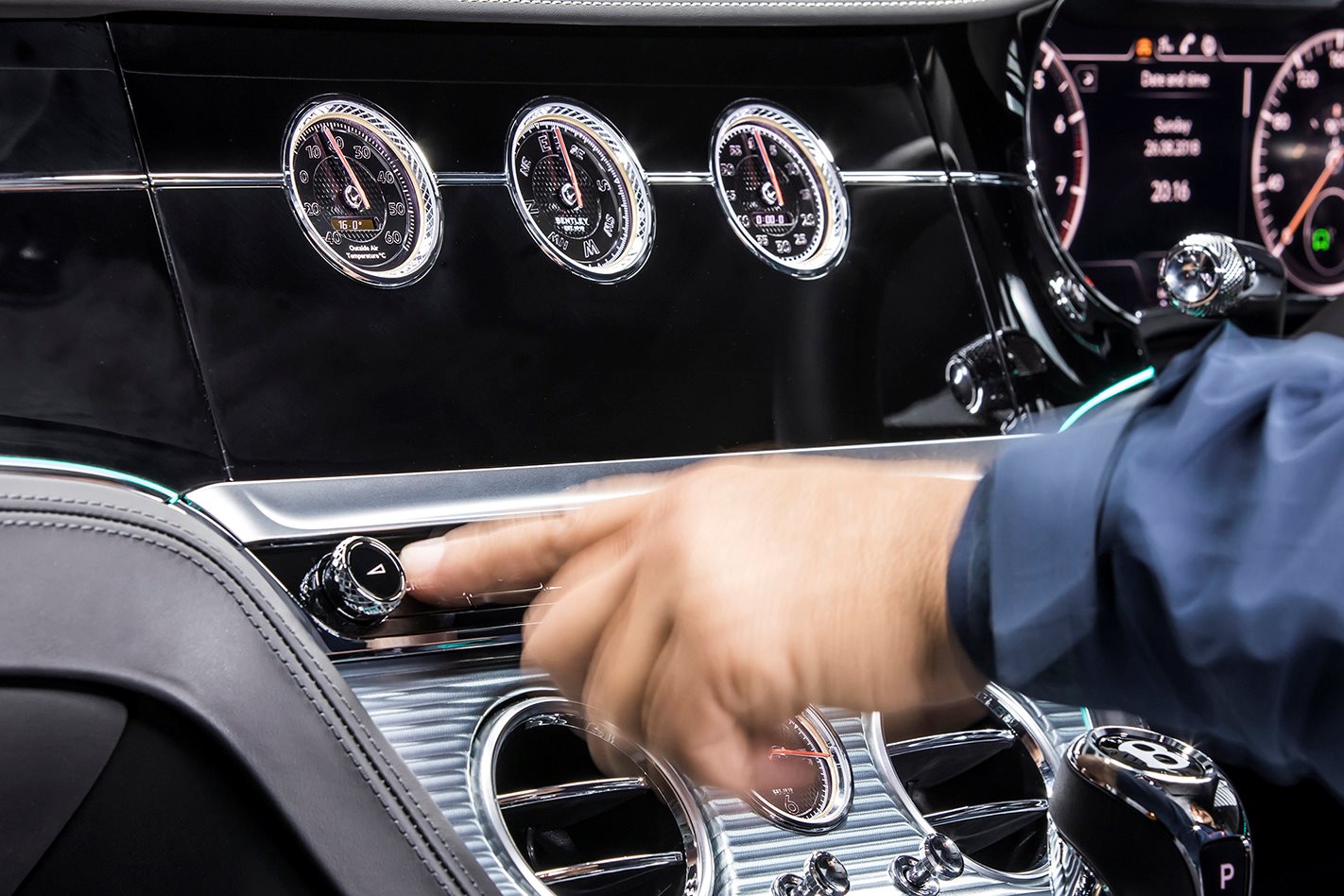 By now, you’ve probably figured out that price before on-roads of most Conti GT W12s is going to start with a 5 rather than a 4, and most buyers will also purchase the optional City and Touring specification packs. The former removes some of the worry about maneuvering this car with decidedly limited three-quarter visibility by adding a suite of cameras and sensors as well as auto-dimming door mirrors.

Touring specification nets you adaptive cruise, a head-up display, lane-keep assist, night vision and AEB. It seems a bit rich to charge extra for features you’d find on a Kia, but the two packs are $10,382 and $16,245 respectively.

Were money little object, you could go hilariously nuts with the options, adding a $13k 1500w Bang and Olufsen stereo or, if that seems a little inadequate, a $17k 2200w Naim by Bentley system that features 18-speakers and shakers in the seat bases. Dual colour veneer finishes? That’ll be $4719. Or you could go for the First Edition model that tacks $91k onto the asking price which gives you pretty much all of the main tempters bar the stereo.

So, Bentley has pretty much nailed the brief on this car. It’s a delight of a GT car, with a useable 358-litre boot, a 900km range and a 333km/h top speed that ensures you’ll always have plenty in reserve. It’s a half-million dollar plus proposition in typical trim, but what price do you put on the best grand tourer in the world? The Continental GT might just have the talent to claim that crown. Even with this sort of financial commitment, some decisions are easier than others.

The third generation Bentley Continental GT offers greater bandwidth than ever before, making it a better GT car and a better sports coupe at the same time. Interior finish and driver tech has stepped up a couple of levels, but you’ll need to pay for the privilege. Some tech that should be standard carries eye-watering prices on the options list and the fitment of a ZF dual-clutch transmission seems a curious choice. Nothing changes the fact that the Conti GT has become the GT benchmark by which everything else will be judged. 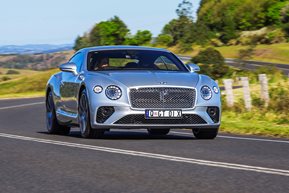