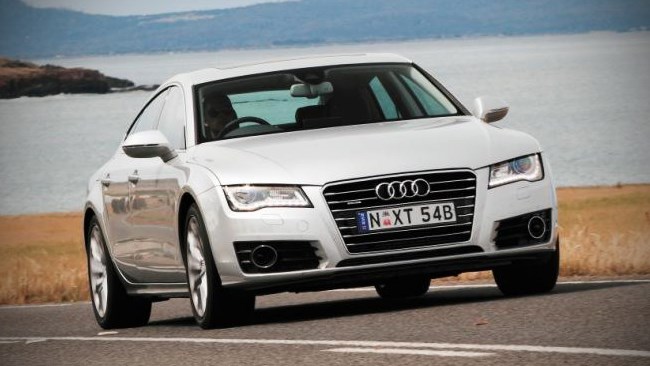 MAYBE I was channelling the infamously dismissive John Carey, but the pragmatic side of me wanted to discount the A7 the second my average-height frame brushed the headlining above the rear seat. At 4969mm in overall length and sitting on a 2914mm wheelbase, the A7 (built on a platform shared by upcoming A6 and A8) is Commodore-big. Yet its coupe-like profile compromises rear-seat headroom. And Audi’s insistence that A5 and A7 Sportback models have only four seats further pushes the Carey pragmatometer into the red.

However, Audi insists that such real-world concerns are not shared by potential A7 buyers. In fact, the company even claims that engine choice is not high on the priority list of the 50-something empty-nester who dominates the A7’s target audience.

I assume you do care, so for the record the A7 is offered at launch with either a 220kW/440Nm supercharged 3.0-litre petrol V6, or 180kW/500Nm 3.0-litre turbo-diesel V6. A 2.8-litre petrol V6 will arrive later this year. Australia is unlikely to get the smaller diesel that’s offered in Europe as it’s mated to an older-style CVT, while all other A7s come with seven-speed dual-clutch gearboxes.

The launch engines are familiar from their roles (albeit in a variety of tunes) in Audis as diverse as A5/S5 to the gargantuan Q7. Both engines work well; the choice will come down to whether you prize the convenience of range and effortless torque (diesel) over sharp throttle response and crackling supercharged V6 engine note (petrol). Outright fuel consumption – 10.8L/100km in the petrol plays just 5.9L/100km in the TDI – is less of a concern to those who can afford to pay $142,750 (diesel) or $147,800 (petrol).

The rest of the drive experience will be familiar to anyone who’s spent time in an Audi sedan from the A4-A8 ranges. The steering is quick but not imbued with feel, the ride is generally compliant, yet has the annoying ability to occasionally crash through over seemingly minor imperfections. If that sounds dismissive, it’s not meant to be. The A7 is a perfectly fine drive and will appeal to those who value style over ultimate practicality yet aren’t ready to make the leap to a two-door coupe.

Audi’s targets for A7 are modest, perhaps conservative. First year goal is just 150-200 units split about evenly across petrol and diesel. And even then, it’s more concerned with growing the A6, A7 and A8 segment than championing any one model. No point introducing a niche player only to cannibalise another model. 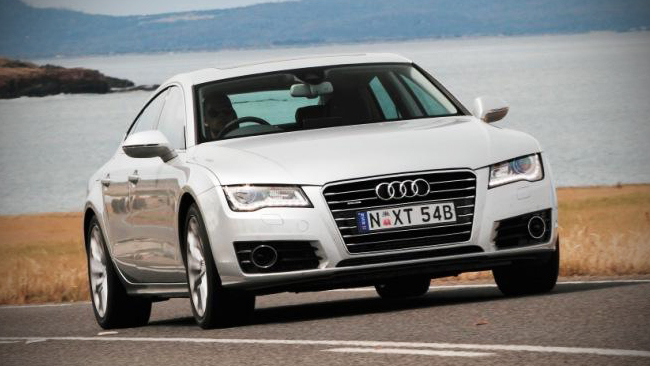 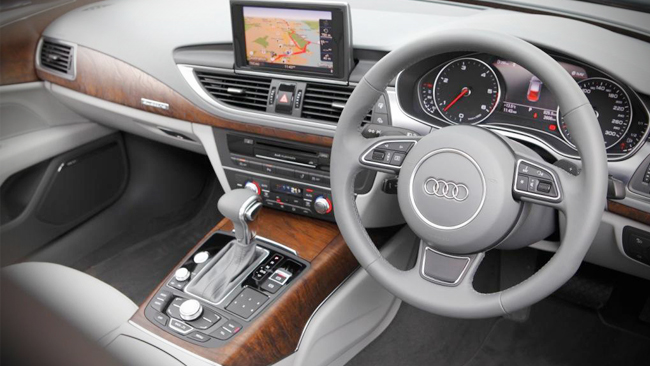 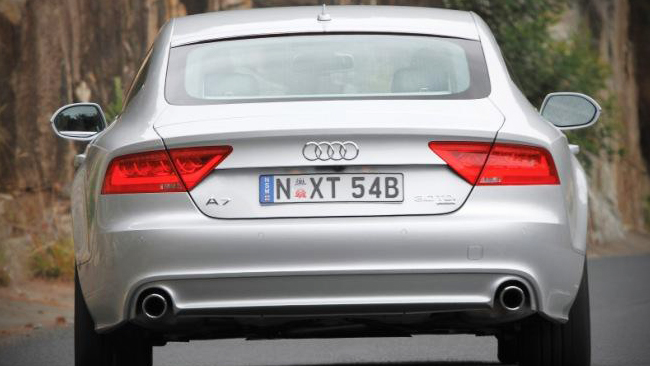