With the FPV GT-P finishing mid-pack at PCOTY and the HSV ClubSport R8 cracking the fabled Top Six, the GT wasn’t drawing many backers on this comparo – until we drove it.

This feature was originally published in MOTOR's May 2005 issue

Without a doubt this GT is the fastest Ford I’ve ever driven. The thing is a genuine jet and for most of the data gathering day, the blood red Boss sat right at the top of the leader board, starting with a dominating performance on the C&V dyno. 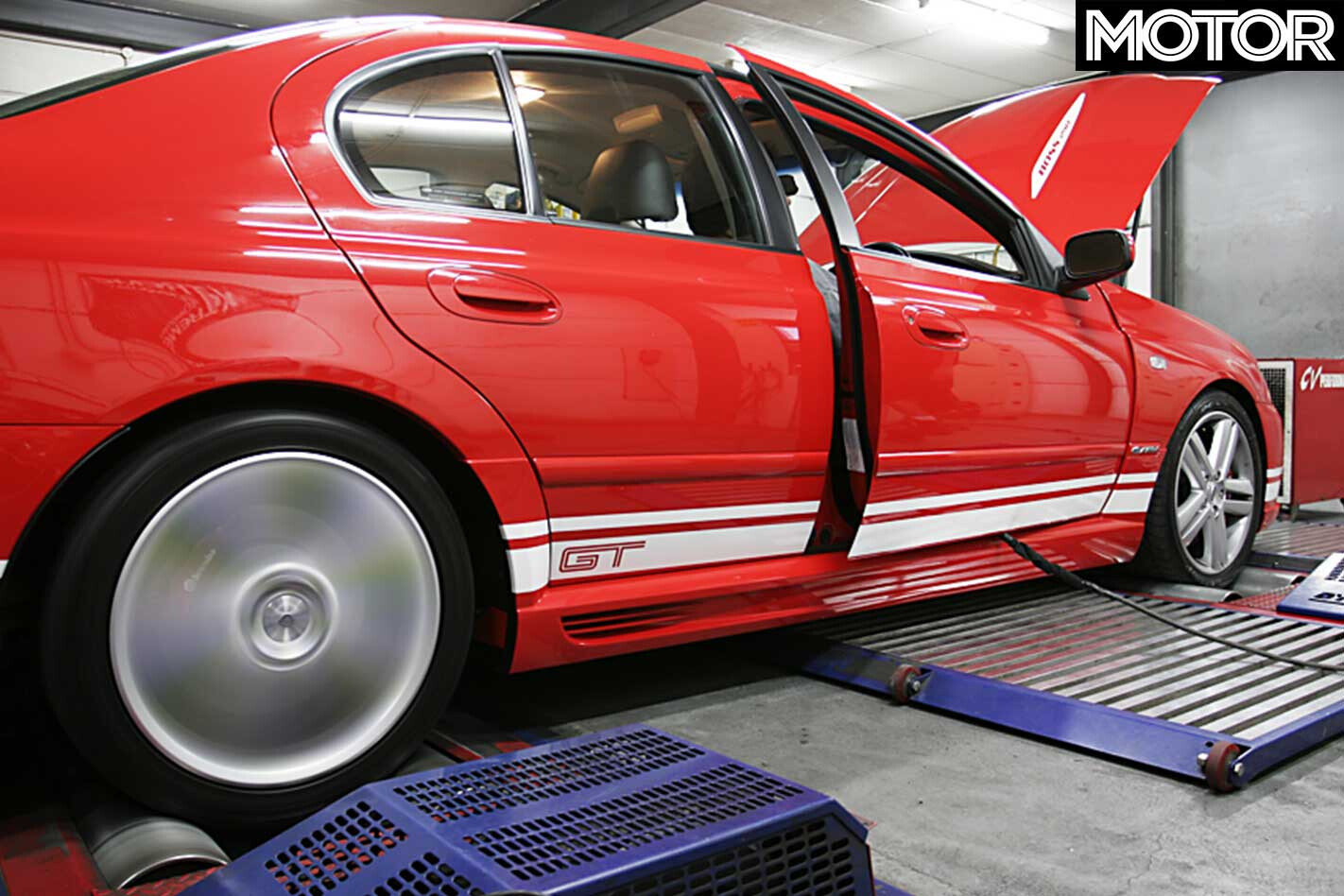 To put the GT’s 242kW at the treads into some perspective, the XR6T turns that at the crank. The GT also proved a full 14kW at the tyres up on the supposedly more-powerful 6.0-litre Clubbie.

Just when you think nothing with Made-in-Australia stamped on the chassis can hold a candle to this GT – at least in a straight line fight – you jump into the 6.0-litre ClubSport and are forced to redefine top-end rush.

The Gen IV’s extra 300cc fills the low down gaps in the power delivery that’s now more prominent in the Gen III, and runs another 1000rpm harder than the quad-cam, four-valve 5.4-litre Boss. It’s the best of both world’s and has so much flexibility that third gear stretches from 40km/h to a haul-the-mail 140km/h. Which is a good thing, because the heavy six-speeder doesn’t exactly encourage frequent swapping.

The shift action of the Ford version of the Tremec six-speed ’box is a little sweeter than that found in the ClubSport, but all Fords have driveline shunts and clunks, making slow speed crawling a pain in the ear and backside. Overall, there is not a world-class gearbox among this entire 13 car field.

The suspension tune of both cars is an adequate reflection of their respective names. The GT really is a Grand Tourer, with a softer set-up giving the FPV a superior ride quality. Taut and tied down, the ClubSport cannot match the ride of the GT, but it’s not exactly harsh or crashy either. Wind up the wick, and the soft GT starts to float and sharp turn-ins are heralded by alarming pitching in the nose. Start to fling the HSV about, and it simply hunkers down and gobbles up the action.

Many judges and helpers felt the GT was a much bigger and heavier car than the Clubbie. And when things get interesting (as they’re bound to with the best part of 300kW) the ClubSport is the more willing ally.

For me, it’s a hard one to split especially given how evenly matched they are on raw numbers, but in the real world, the ClubSport is the bigger weapon. It’ll lunge forward on a sniff of throttle (something the Gen III version still can’t manage) and won’t give up until you’re in lock-me-up territory.

Still, we can see that many will be seduced by the GT’s combo of grunt, ride quality and that sonorous engine note. But when it comes to muscle, it’s hard to argue with a car that’ll demolish the first 100km/h in mid-fives, cross the quarter deep into the 13s, and run on to a proven 270km/h top whack. And the Clubbie does all this for a not unreasonable 60 grand.

The Clubbie’s almost ladder-like power and table-top torque curves were impressive, until the GT’s incredible mid-range bulge gave it a clear gain to the limiter, just where it starts to level off. A good 15-20kW up on what it theoretically should produce.

The Clubbie was plenty stable and, thanks to its 6500rpm limit, always felt powerful. Great power-down. The GT, on the other hand, was quick down the straight but not sharp through the corners – it was always on or over the limit of adhesion and oversteer.