With no coupe in the Ford or FPV catalogue, this category is an all-HSV affair, but the contenders couldn’t be more different.

The Smurf blue GTO is your typical HSV: big engine and rear-drive. This example runs the four-speed auto, but the six-speed manual Tremec is also available. In fact, the GTO is the most customisable of the range. 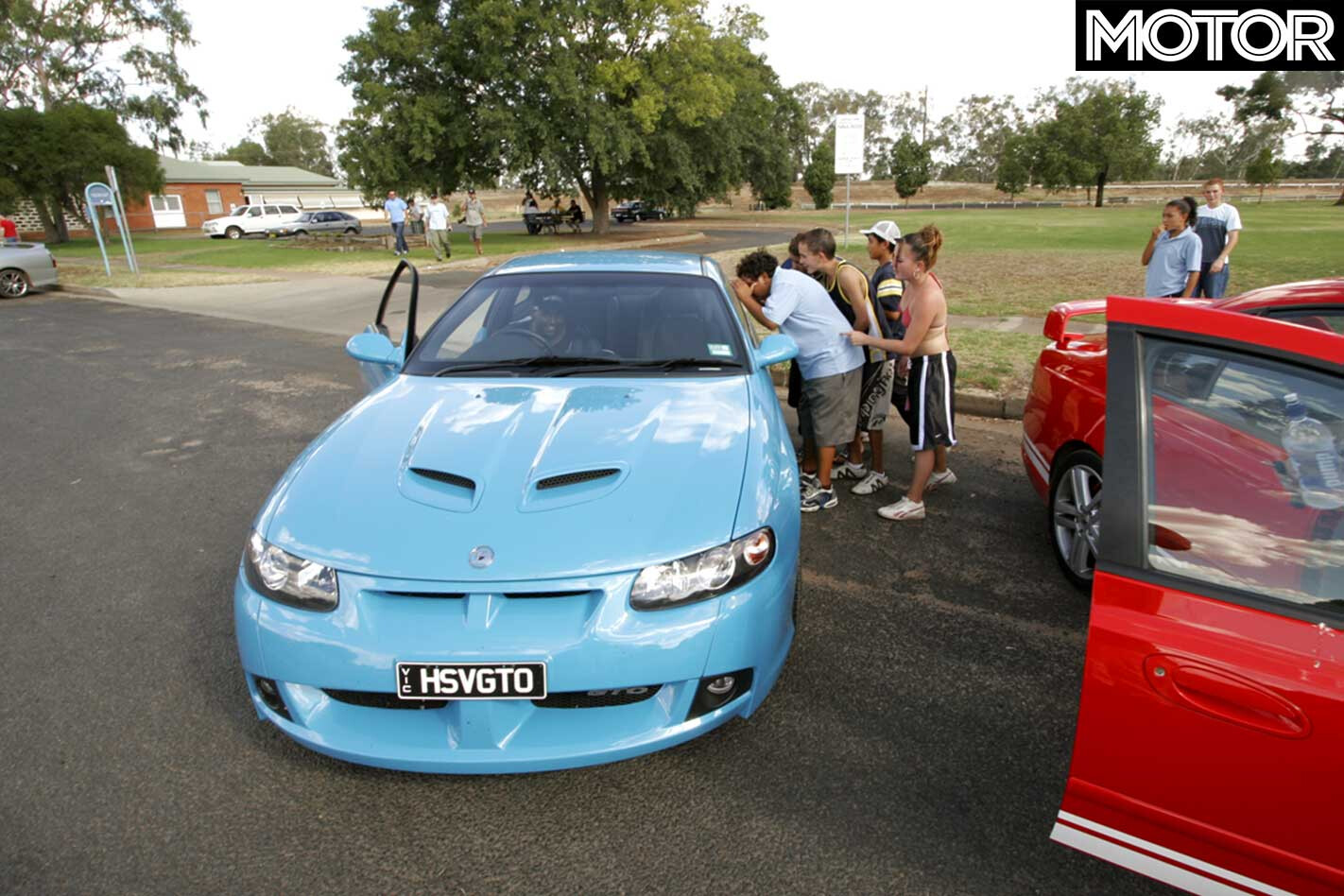 As it sits here, the GTO is more-closely aligned with the luxury Senator riding on the softer Touring suspension, but option the big brakes and adjustable Ohlins suspension and you’ve got a hardcore two-door Clubbie R8.

With the all-paw Coupe4, however, what you see is what you get. It’s only available with the clunky four-speed auto backing the 270kW Gen III. It runs HSV’s sports suspension, but still feels like a softer option than a ClubSport R8.

Before the Coupe4 had even turned a 19-inch wheel at Eastern Creek, there was serious money that it’d get the wooden spoon for both sprinting and lap times. Despite the fuss-free launch that the all-wheel drive system affords, the AWD HSV was the slowest of the V8s in a straight line, but its 6.69secs to 100km/h and the 14.74 for the quarter kept it in front of the sixes – although the XR6T had its measure until the metric ton. Still, that’s barely enough to keep the GTO (5.72 and 13.77) in sight.

But when it lapped the Creek and returned with the bronze medal time, all jaws promptly hit pitlane.

Just 60 kays into the first morning, however, the race was nearly run for the Coupe4 after striking the mother of all pot-holes crossing the Blue Mountains. The impact (at 40km/h in a school zone) bent and cracked the front right 19 x 8-inch so bad the 245/35 Pirelli PZero wouldn’t hold air.

Onto the space-saver spare (all HSVs use them) and Coupe4 was 80km/h speed limited, until HSV’s new wheel arrived at our Nyngan base 36 hours later. We’ll be hitting up the RTA for a replacement wheel. And following our call, the hole was fixed three days later.

Both coupes play the cruiser better than the bruiser, but the crude, slow, clunky four-speed autos keep them from playing in the prestige Euro circle. As the two most expensive cars in the 13 car field ($90k for the Coupe4 and $79k for the GTO), they’re always up against it for value for money. That they get out-performed by cars half their price is the final nail.

At the final reckoning, the GTO eecked out the narrowest of victories, but in overall terms, both coupes languish at the bottom of the pack, just a handful of points in front of the entry-level SV6 and XR6.

Despite the power-robbing auto, GTO grunted out just one kW less than Clubbie. Coupe4 was freaking out. The AWD dyno measures up to 30kW difference between front and rear wheels, but Coupe4 was sensing slip, constantly sending drive to front-rear-front; hence the wavy graph.

GTO is a handful! A jet in a straight line with 208km/h – second fastest – manually downshifting momentarily locks the rear tyres. It has decent grip and turn-in, but when accelerating, if the auto upshifts mid-corner, the rear end snaps away. Heaps of power, but a constant battle just to keep in on the road.

Coupe4 was a big surprise, being third fastest. Confidence inspiring, speed was mostly down to turn-in and corner speed; rear end moves around to minimise understeer and AWD pulls it straight. Auto ’box no real help, but stable when downshifting. Feels painfully slow exiting tight corners in second gear, and has a horrifying graunching sound from front-right during hard cornering (driveshafts?). Amazed to see how fast it is.