At work or play, these are the utes Australians are buying in increasing numbers. We put ’em to the test, on the road and off it, to find the best.

AUSSIES are long-term utilitarians. It’s a lifestyle choice that can be traced back to 1932, when a farmer’s wife asked Ford Australia for “a vehicle to go to church in on a Sunday and which can carry our pigs to market on Mondays”. Ford responded with its 1934 ‘coupe utility’ and so began a trayed union now spanning eight decades.

Australia may have invented the ute, but today’s booming market segment is driven by imported dual-cab 4x4s from Thailand and Japan rather than our native rear-drive, sedan-based trayback heroes.

Toyota’s Hilux headlines the Aussie ute boom – it was the third-best seller outright in Australia last year – while the Ford Ranger and Mitsubishi Triton made the top 10, in fifth and seventh respectively. 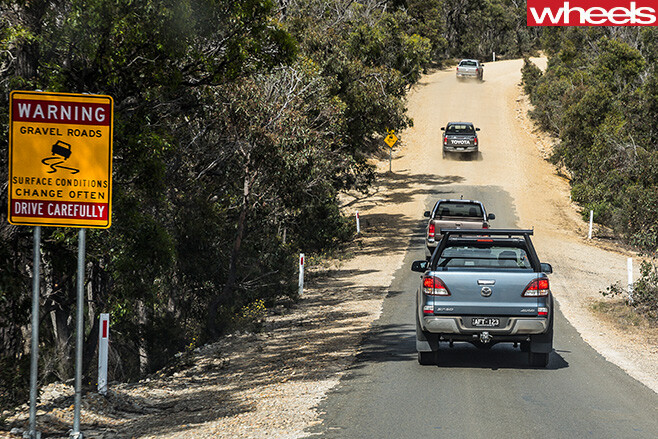 The fact today’s ute is more refined, safer and better equipped than it was a decade ago helps explain how Toyota sold almost as many Hiluxes last year (35,161) as it did Corollas (the top-seller at 42,073 units).

While the mining sector has contributed significantly to the ute’s popularity, private sales now account for a staggering 50 percent. Mums ’n’ dads are buying utes, too.

Meaning there’s never been a better time to review the Dual-Cab 4x4 class of 2016 than right now. Toyota only recently replaced the Hilux after 10 years, and we have a freshly minted Nissan Navara, a thoroughly reworked Mitsubishi Triton, and updated versions of the Mazda BT-50 and Ford Ranger. And a dual-cab Megatest wouldn’t be complete without Holden’s strong-selling Colorado, its Isuzu D-Max doppelganger, and the Volkswagen Amarok. 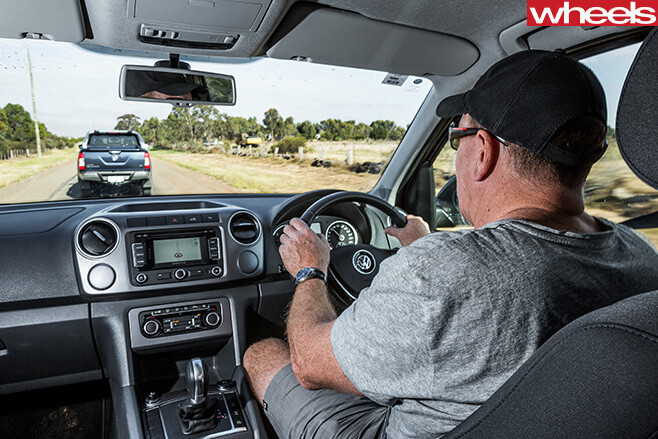 However, despite their growing popularity, we discovered the average dual-cab is still a long way from being luxurious even before arriving at the Melbourne 4x4 Training & Proving Ground in Mount Cottrell.

For the stultifying slog down the Hume from Sydney, Wheels was issued the Amarok – broadly regarded as the most comfortable of its type – and quickly discovered unladen ride quality busier than we’d tolerate in a car. The modern dual-cab ute may be more car-like, but it’s not really that car-like. Surely there must be more to its appeal.

Part of the attraction is that commercial vehicles purchased under salary sacrifice, or bought as a business vehicle, bring significant tax savings. Solid retained values approaching 70 percent are about as good as passenger cars get. Then there’s the macho ‘I go bush’ image, even if owners don’t venture far from their coastal Australian cities. If you do, the full low-down on the off-road credentials of these eight dual-cabs is on sister magazine 4x4 Australia’s website. 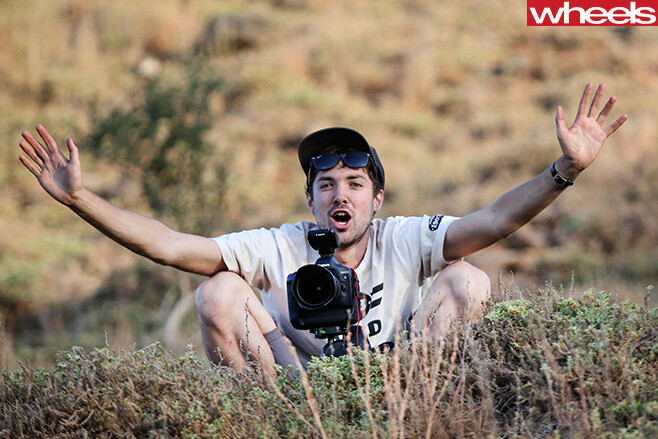 The big sellers all start at the bare-bones, work-ready end of the market, but we’re more interested in family friendly dual-cabs – well-specced auto diesels – costing around $50K. So settle back as we dish the dirt.

What’d we put ’em through?

OUR TEST base at the Melbourne 4x4 Training and Proving Ground provided almost every kind of terrain today’s ute buyer could throw at their rig. The most challenging set-climb – steep, slippery and lumpy – was right next to the facility’s conference centre, enabling us to sort them into an off-road pecking order from the outset. Normal and secondary bitumen roads as part of an on- and off-road loop tested ride quality, while unsealed roads tested stability-control systems. A bush-bashing element provided climbs and descents to test approach, departure and ramp-over angles, rutted trails to assess levels of articulation, and water-crossings to evaluate sealing as well as the siting of engine air intakes. The 4x4 Australia crew provided the critical view of some of the most experienced off-roaders in the country and, finally a straight private road became a dragstrip, on which we measured outright acceleration and in-gear response.

Stay tuned for the full review as we rank each contender in the Dual-Cab 4x4 ute mega test.