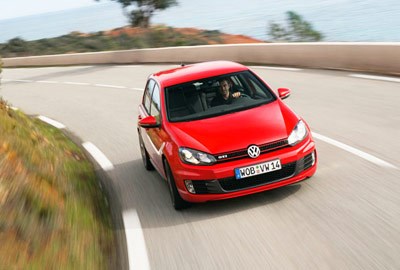 Will the latest iteration of the iconic Golf GTI live up to its genius genealogy? Dep-Ed Jesse Taylor reports from the international launch in St Tropez.

Volkswagen's MkV Golf GTI was a huge success for the brand. It returned credibility to the GTI badge after the car had lost its way for a couple of generations. In Australia, 25 percent of Golfs sold wear the GTI badge. Clearly the aim for the new MkVI GTI was very much more of the same - from its familiar, but all-new looks to its mildly reworked drivetrain.

Power from the direct-injection 1984cc turbocharged four-cylinder is up just 8kW (now 155kW at 5300rpm). Peak torque remains the same at 280Nm, but is available over a 300rpm-wider rev band (1700-5200rpm, previously 1800-5000rpm). To offset the modest increases in engine performance, VW has stripped a little bit of weight from the GTI. A German domestic market MkV GTI tipped the scales at 1336kg (Australian models list at 1340kg), but the new car has shed 18kg for a 1318kg kerb weight.

While those numbers don't look earth shattering, they do equate to 118kW/tonne; up from 110kW/tonne in the old model. Curiously, VW's performance claims look conservative - now 6.9seconds to 100km/h for both DSG and manual (previously 6.9 for DSG and 7.2 for the manual). If the car is no faster from a standing start, it certainly feels punchier through the mid-range, offering real flexibility to use 3-5th gears as cornering gears. On the twisty mountain roads behind St Tropez on the GTI's international launch, rarely did I have to grab second gear for a corner.

On the move the six-speed DSG plucks gears adroitly, but it still suffers from that great twin-clutch bugbear of abrupt throttle tip-in at low speeds. It's also a bit doughy in normal mode, quickly selecting the highest available gear. But drop the shifter in sport mode and the 'box comes alive holding gears on the run up the ratios, or instinctively giving you a down shift as you trail-brake into a corner.

Like the base car on which it's based, the new GTI is very similar to its predecessor. That's not to damn it in any way, as the MkV was such a fine car. But for those expecting a bit more mongrel to match the likes of the Mazda MPS or Renaultsport Megane R26, the VW might prove too tame.

If the regular GTI sounds a bit too mild for you, VW is working on two hot models. The first is an R-line car due to debut late this year - probably at the Frankfurt show in September. Replacing the V6 R32, the new R model will use the same 1984cc four-cylinder turbo as the GTI, but in a higher state of tune.

Technical project director for Golf and Golf GTI, Rolf Trump told us to expect an output of between 170-175kW. While this is 9-14kW less than the MkV R32, the new R-line model should be lighter to maintain, or even improve, the overall performance.

Herr Trump also told Wheels that power junkies will have to wait for late 2010 or early 2011 for an unconfirmed 35th Anniversary model which could have 200-210kW. 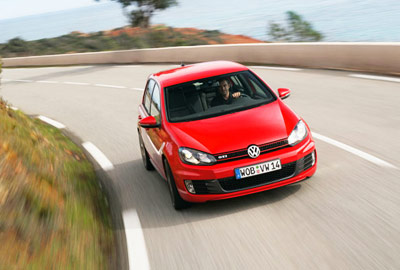 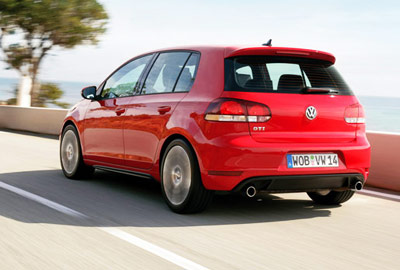 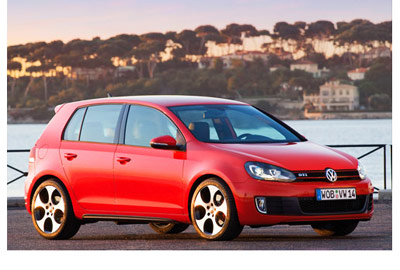 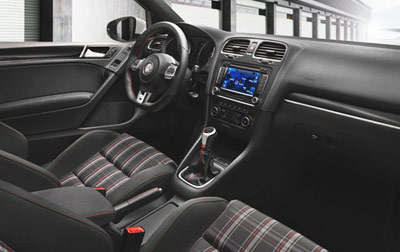