Ford's new V8 hero is built for world domination, but it has to deliver behind the wheel. We drive it

So, is the world ready for the new Mustang? Or, to frame the question in slightly harsher terms, should we really care that Ford is finally making a version of its perennial sportscar that's designed for life beyond its home shores?

The question has an obvious relevance in Australia, where we've had, and are now set to lose, our own brawny Blue Oval-badged rear-drivers in the shape of the soon-to-die Ford Falcon and its FPV spin-offs. Which brings the sobering realisation that, when the Falcon goes, the Mustang will be left as the only rear-driven passenger car that Ford produces anywhere in the world. It will also be the only one to be offered with a V8 engine, although most headlines are being won by the controversial decision to also install a turbocharged four-cylinder.

The times they have a-changed.

In design terms, it's a winner ­– better looking than its slabby predecessor, but still undoubtedly a Mustang. It's a similar story inside the cabin where pretty much every pony car cliche is present – from deeply cowled instruments to a row of chrome-effect toggle switches – but build quality has been dramatically improved. It still doesn't feel on a par with the premium Germans, but you no longer run the risk of cutting your fingers on moulding pips.

But behind the extra quality, not much has changed. Unusually for a new generation car the Mustang hasn't lost any weight – the V8 has actually put on 39kg. And at the same time Ford is launching an aluminium-bodied pickup truck in the 'States, only the Mustang's front wings and bonnet are made from alloy.

Ford claims the increase in weight is mostly down to the arrival of independent rear suspension. That's right, Ford has now brought the Mustang to a level of technical sophistication that pretty much every other sportscar had reached before the mobile phone was invented.

For the most part, it works – the new chassis has dramatically improved the Mustang, which feels vastly more sophisticated than any of its predecessors. Ride quality is good, especially when digesting the sort of road surfaces that would have had previous Mustangs shaking and shuddering. And there's a new level of precision that makes the car easy to place and hold on a line, despite its size and bulk. New electric power steering is standard, and it works well although the optional 'Sport' mode – which just adds weight – feels gimmicky.

But it's hard not to feel underwhelmed by the Ecoboost. The 2.3-litre four-pot produces a commendable 231kW, but it's been tuned to deliver best low down and in the mid range, and it feels tight and breathless if asked to go beyond the 5500rpm at which peak power arrives. It sounds anemic when pushed hard too.

The V8 – carried over effectively unchanged from the last car – is far better, even if it is in a lower 325kW state of tune than the last of the FPV GTs. It has less low-down grunt than the Ecoboost but it likes to rev and, although the soundtrack is muted by Mustang standards, there’s a nice snarl when worked hard. It's also got the compelling-but-pointless option of a 'burn-out' mode that enables you to electronically line-lock the front wheels to spin up the rears. To warm it up for the drag strip, of course.

On first impressions this is definitely the best 'standard' Mustang yet; the big question is how well it will cope when asked to compete with some of the quality players in its segment. We look forward to finding out. 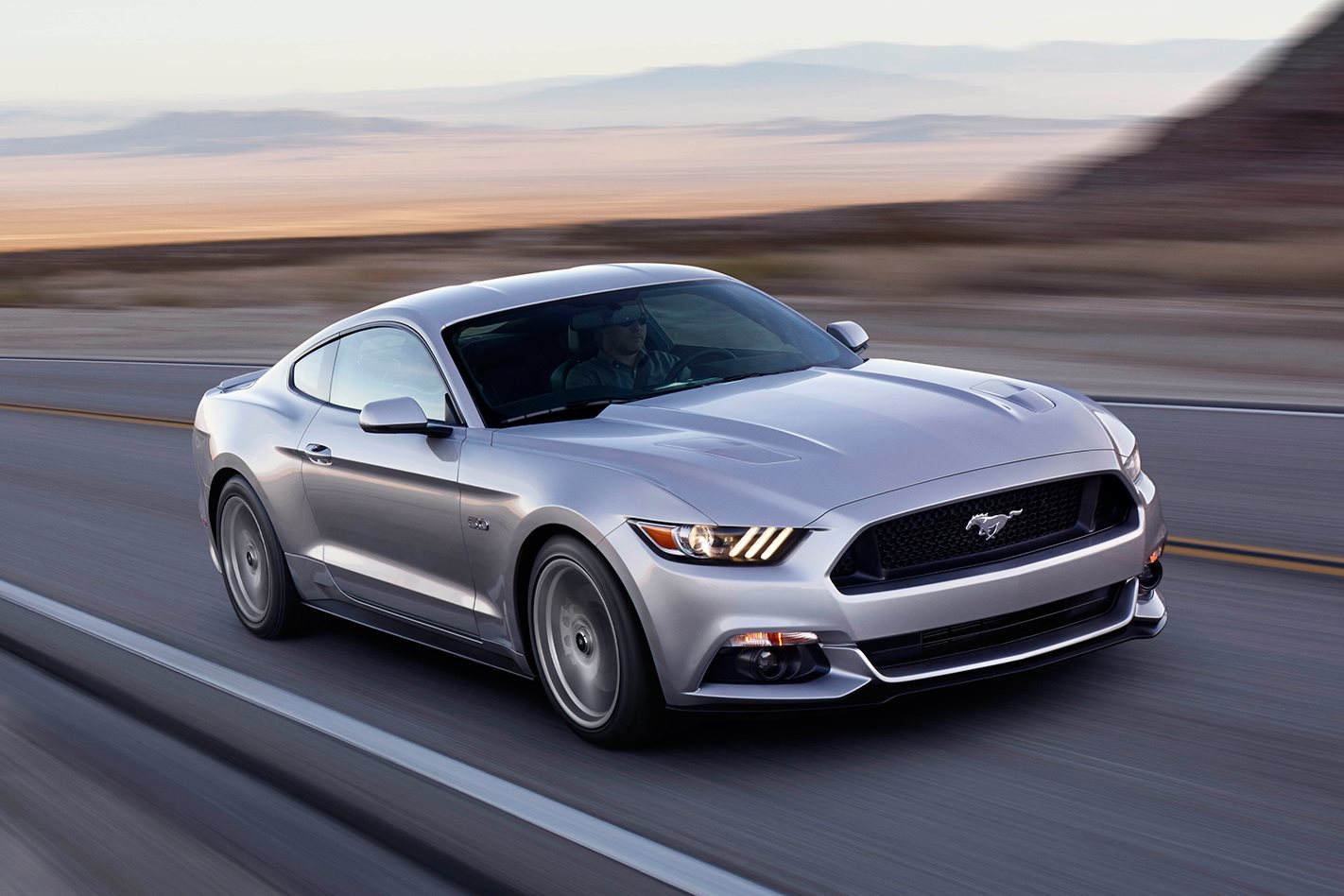 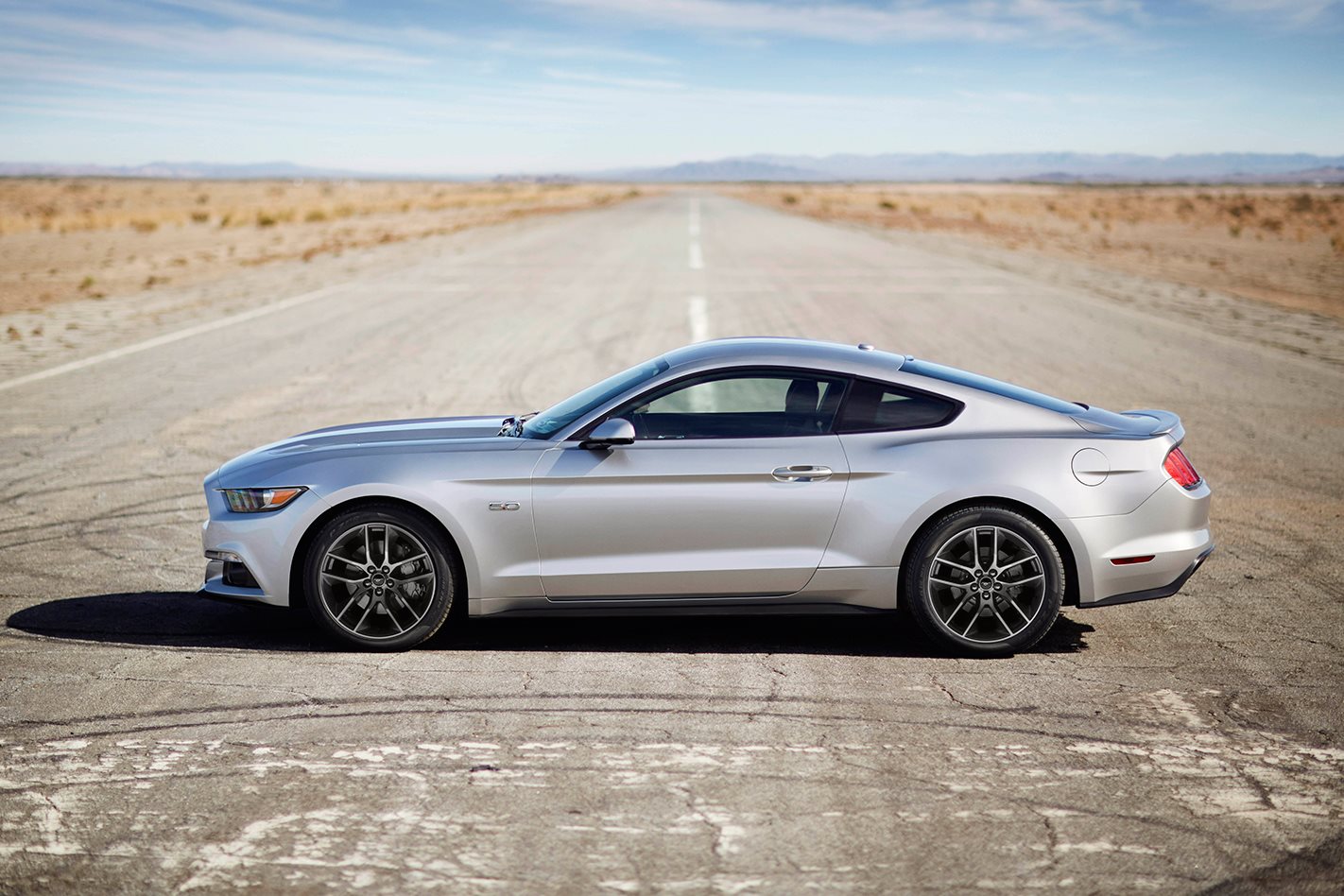 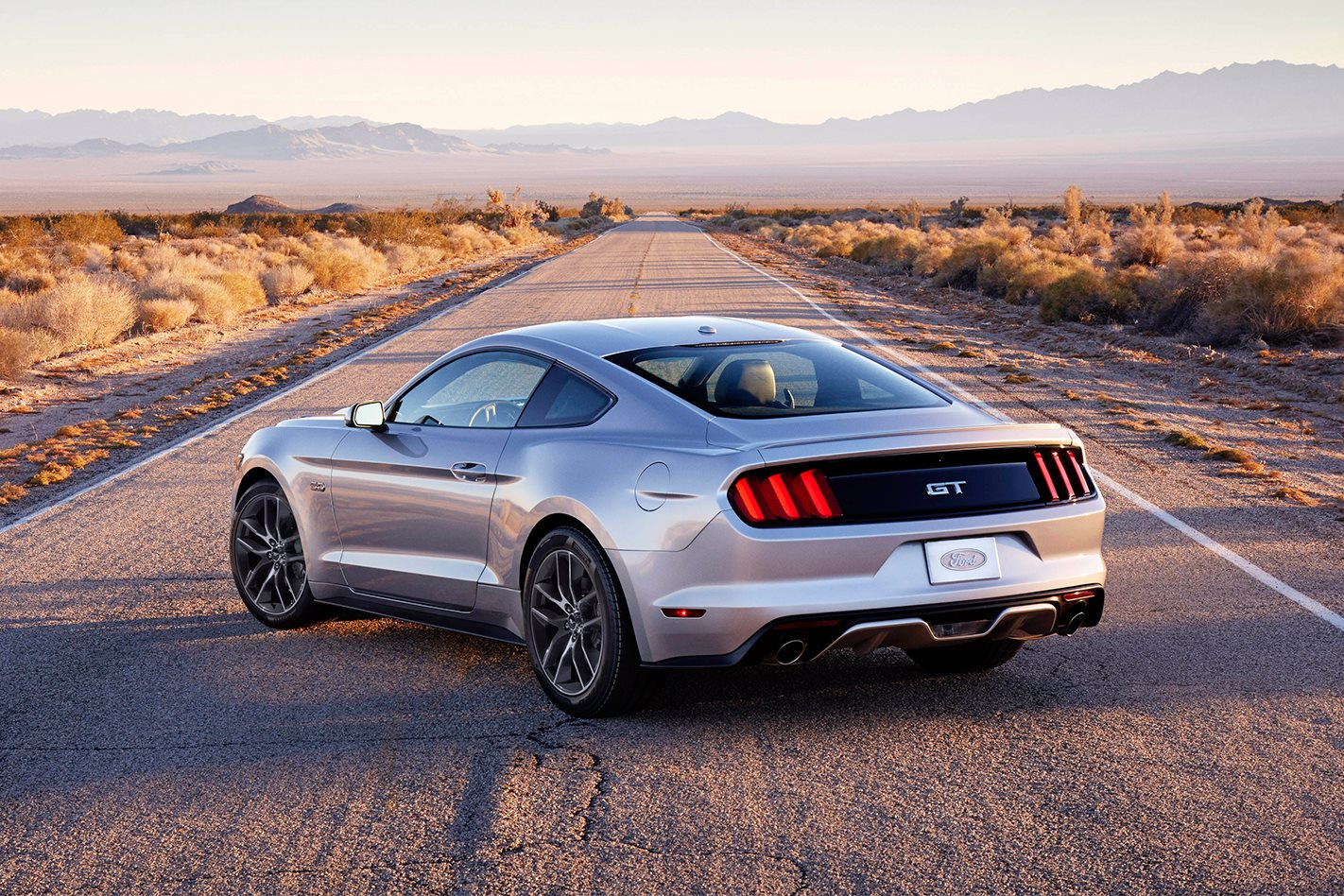 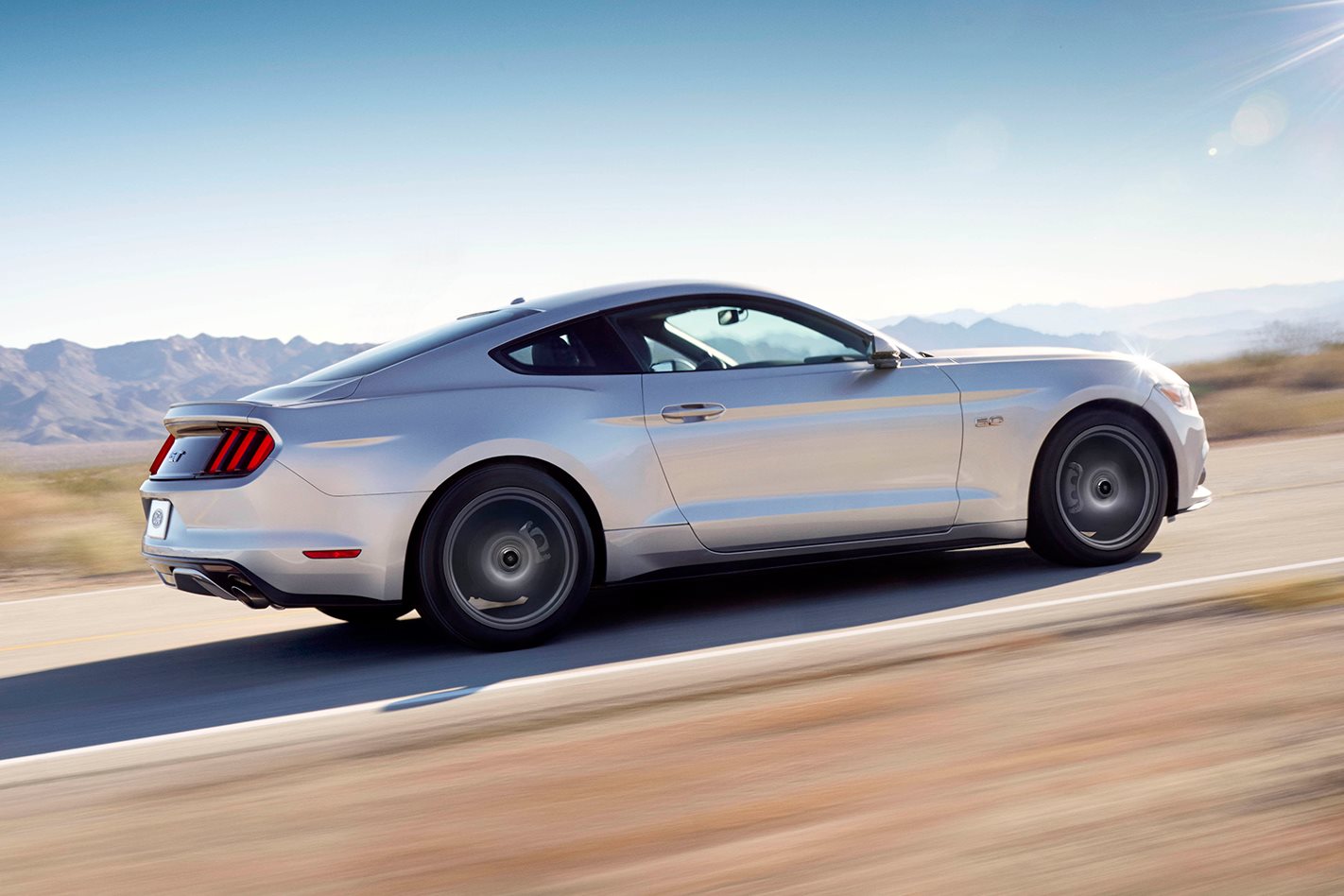 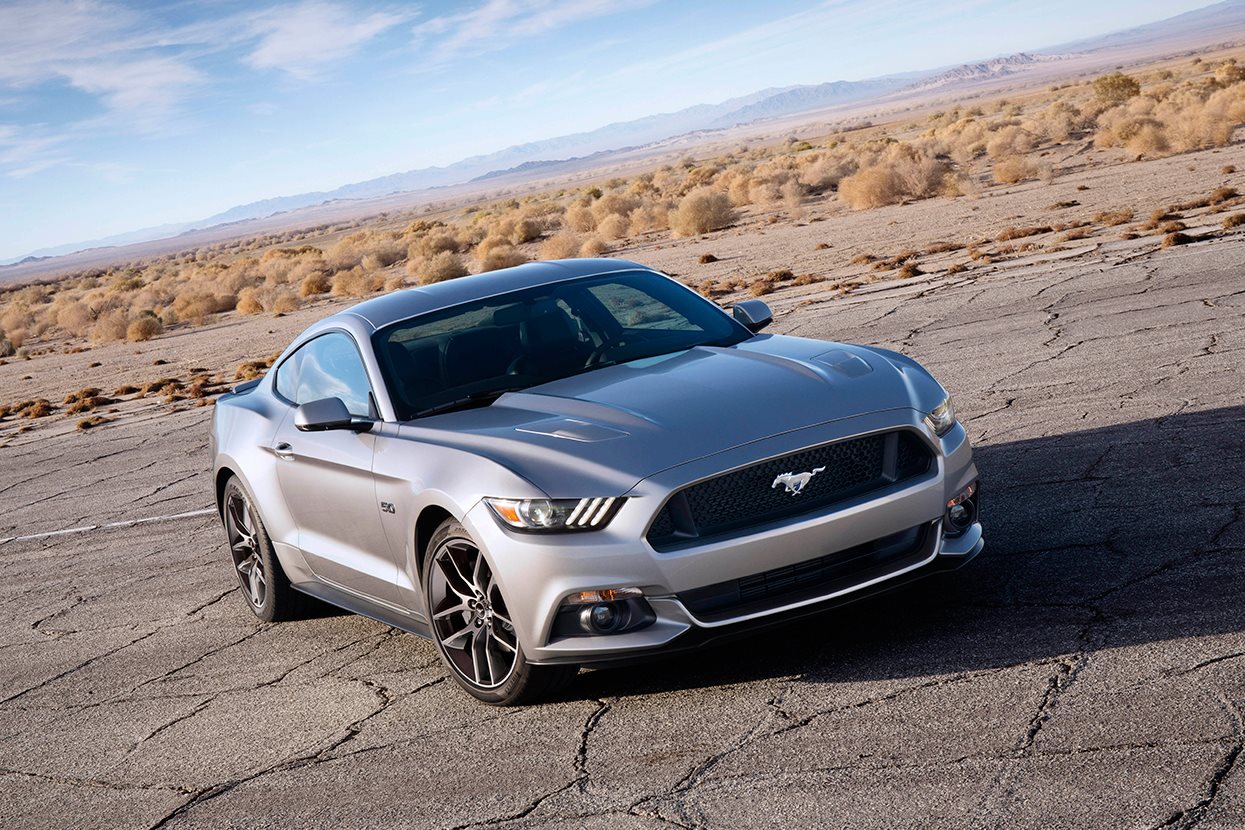 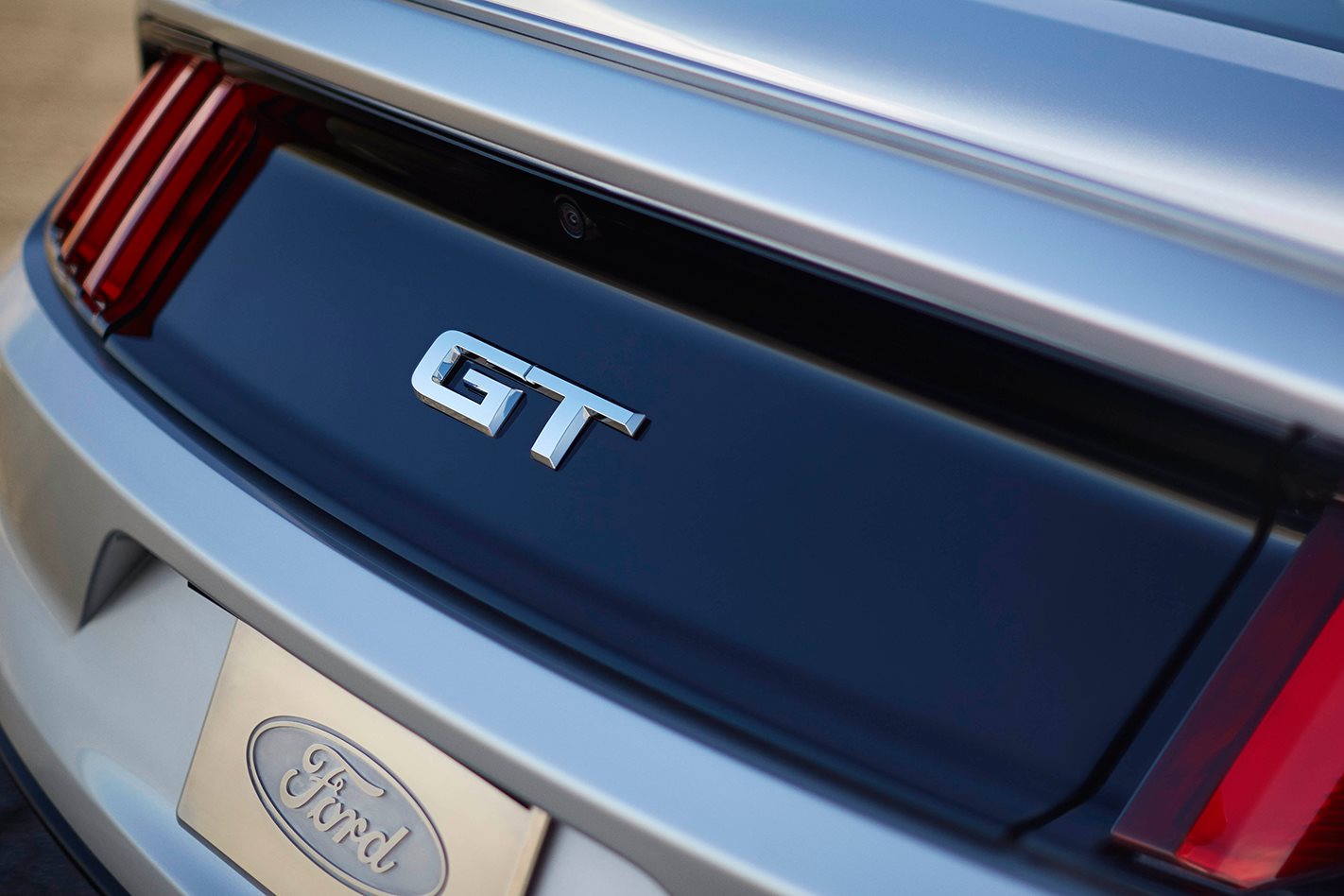 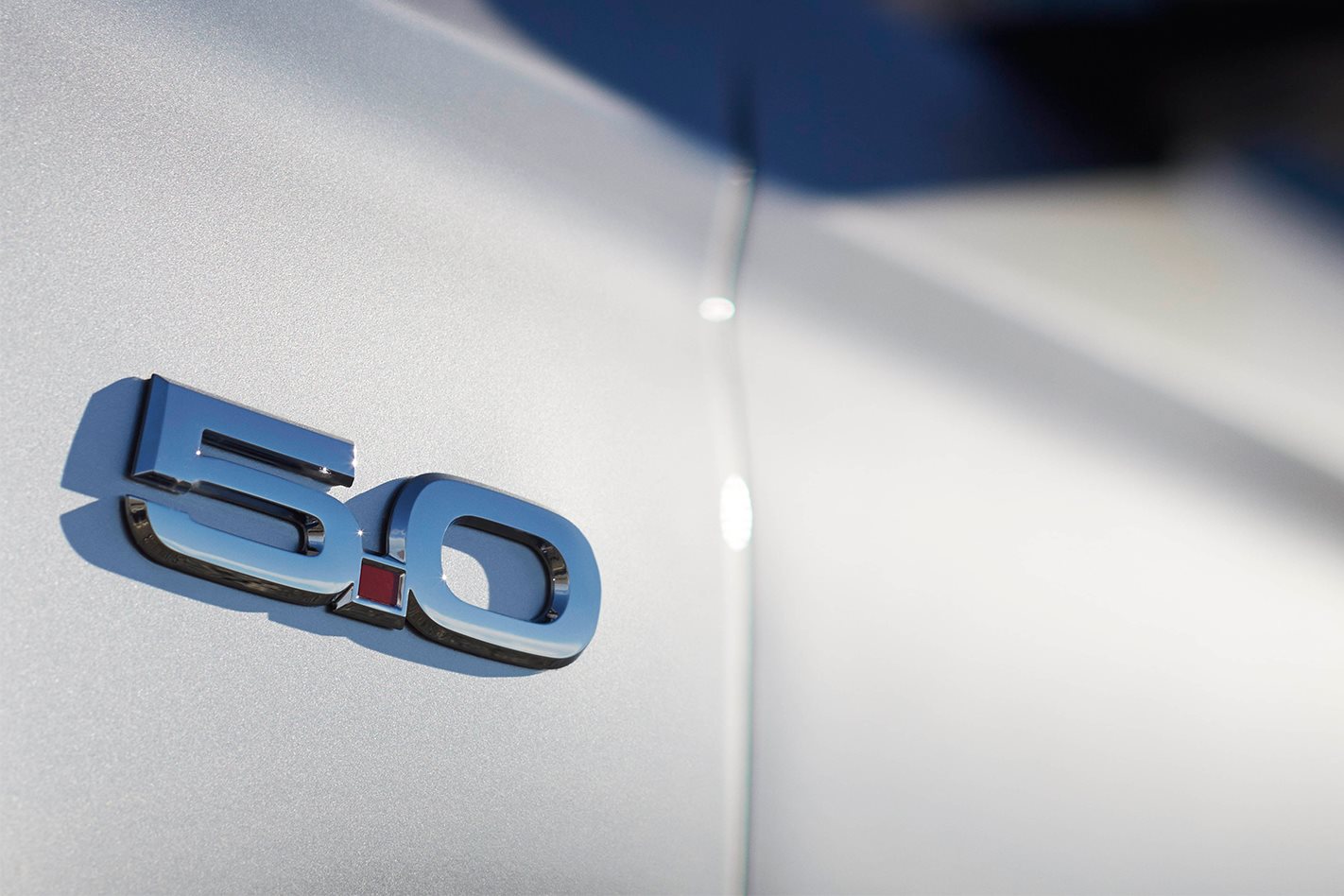 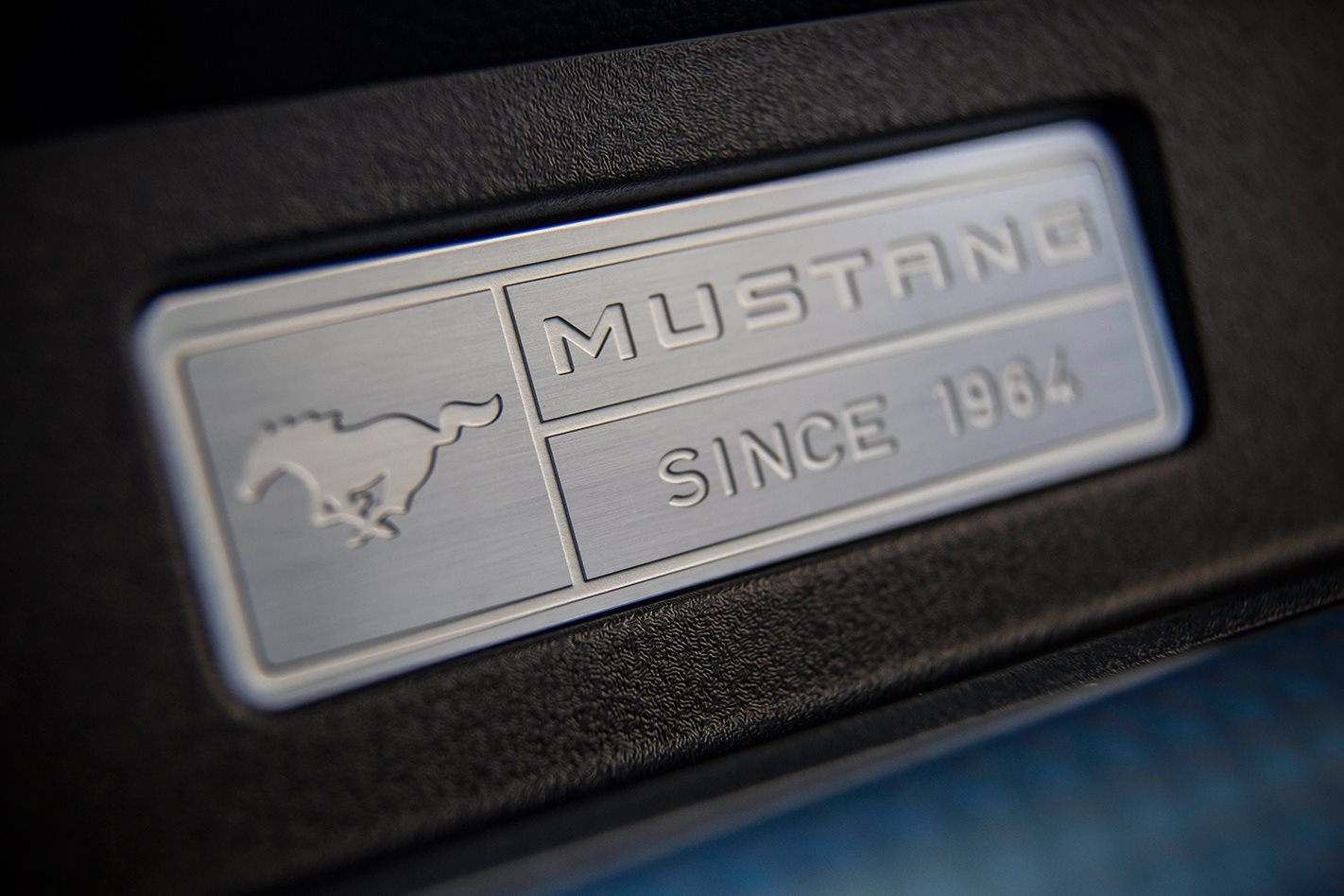 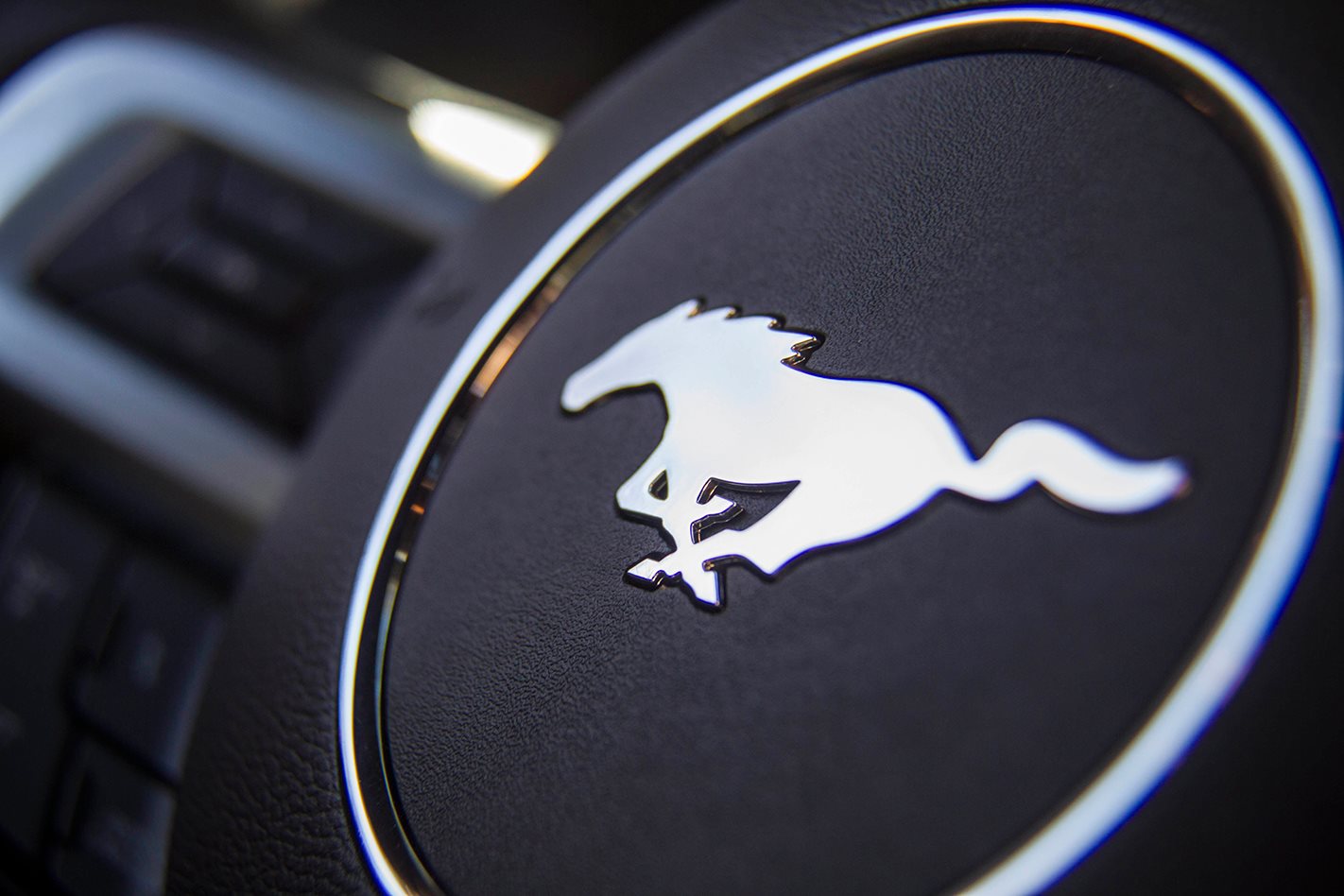 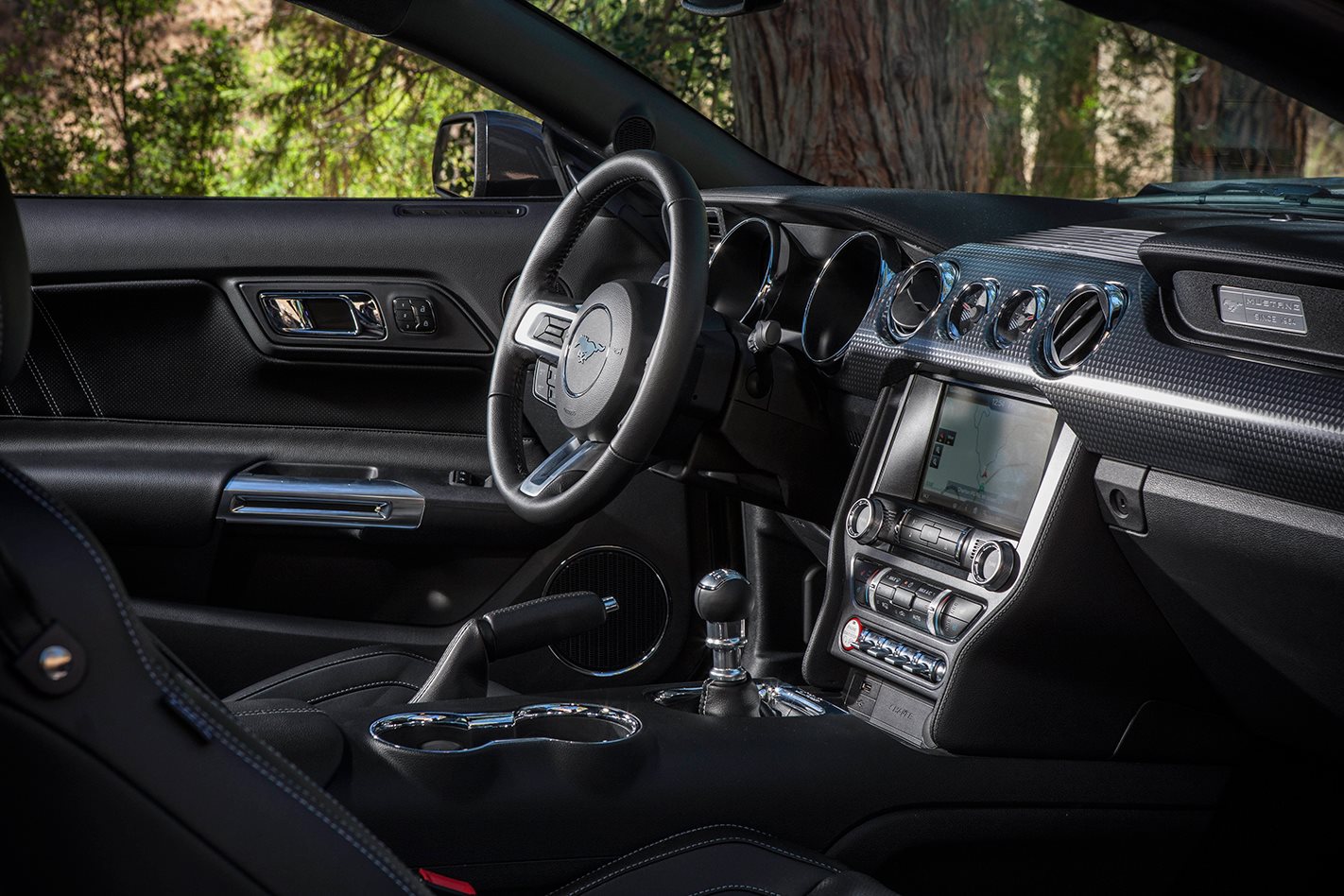 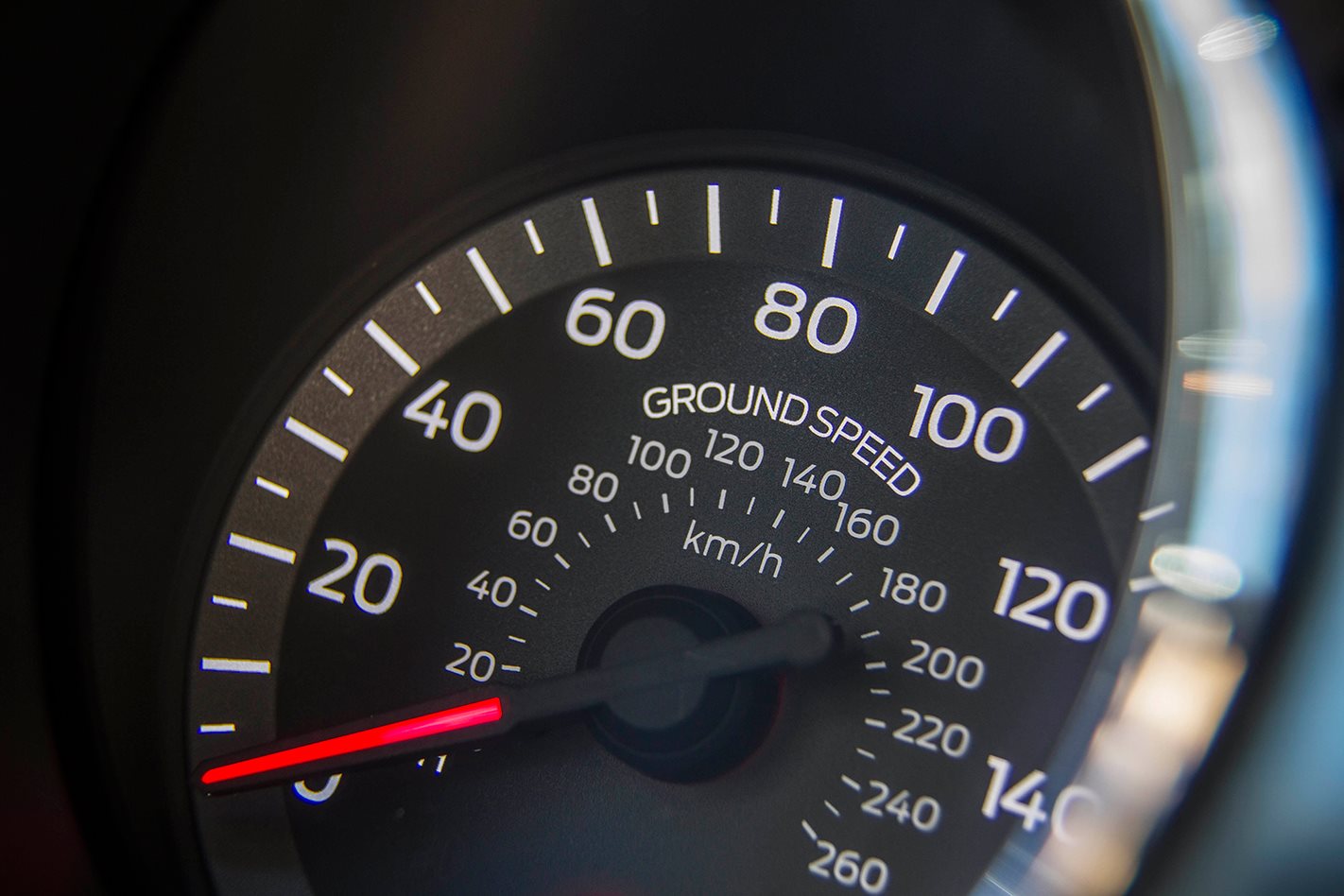