MERCEDES-Benz's X-Class dual-cab trade ute has arrived with the aim of separating cashed-up tradies from a fair wad of their hard-earned. We jump behind the wheel for the first time.

Mercedes-Benz has form with commercial vehicles, but its X-Class represents a first foray into the dual-cab utility market with offerings that span workhorse to premium family car. 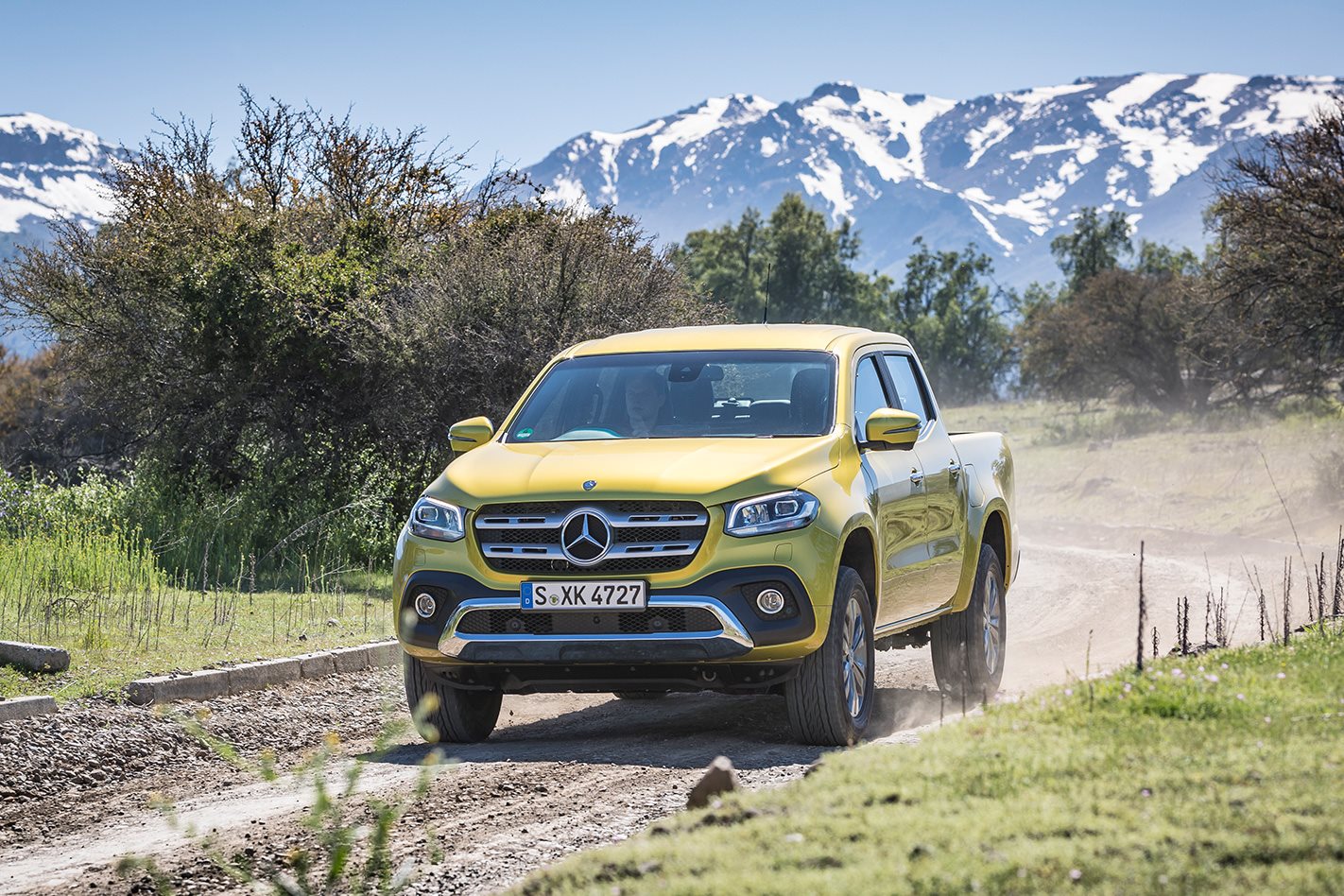 Our first test on the international launch in Santiago, Chile provided some of the answers to our burning questions, the chief one being: As a derivative of the D23 Nissan Navara, is the Mercedes-Benz X-Class sufficiently classy and comfortable to carry the three-pointed star?

In the absence of pricing – and driving experience on Aussie turf – it’s difficult to know exactly how well the X-Class stacks up against the dual-cab ute establishment. The upper versions demonstrated significant differentiation from the donor Navara and a good sense of comfort, refinement and class. They could be a hit in the as yet uncharted premium dual-cab utility waters. The lesser versions, meanwhile, didn’t feel to deviate far from the one-tonne ute norm, and will likely need to be competitively priced against the mainstream to succeed. 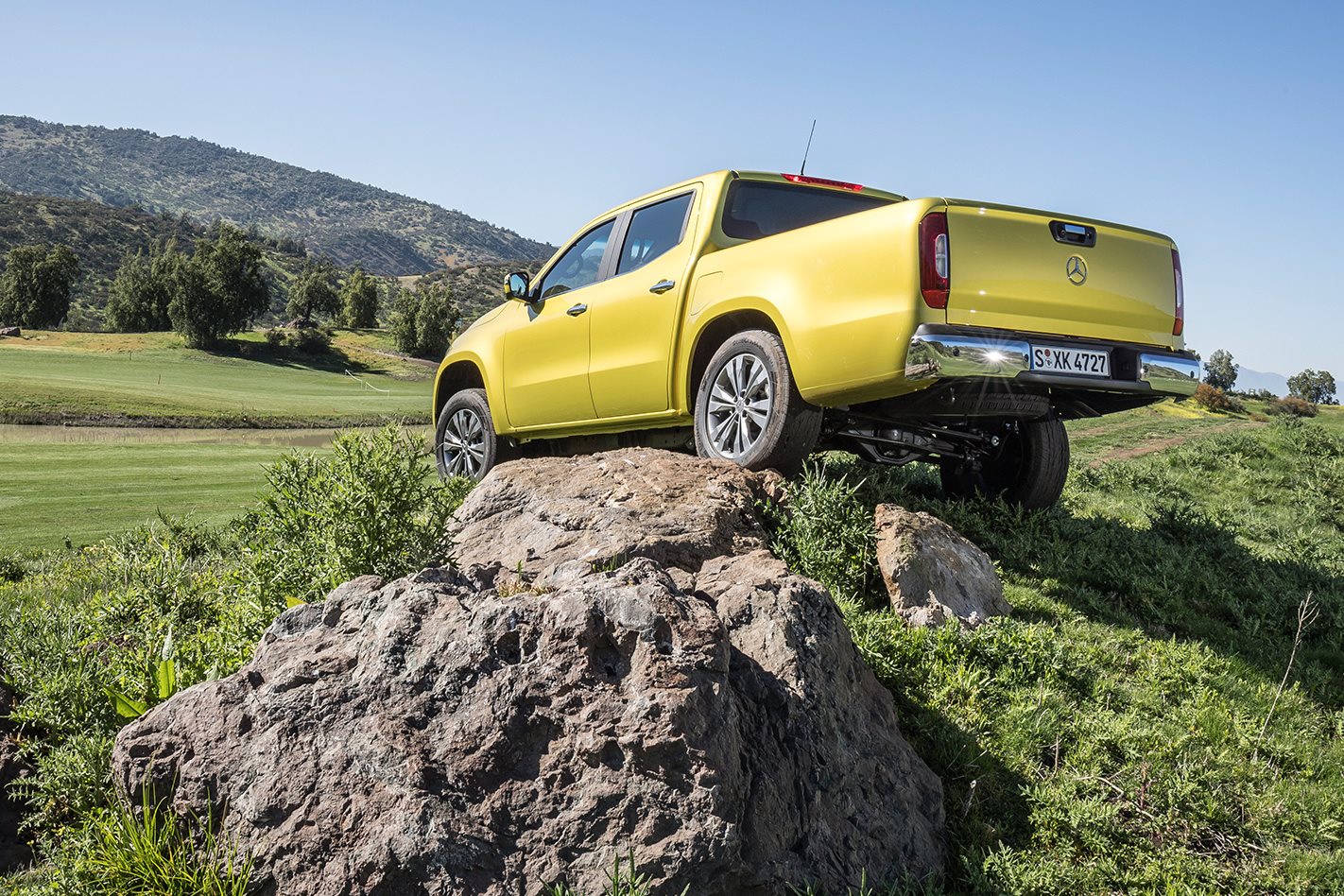 PLUS: Refinement of top Power-spec versions; ride (for a dual-cab ute)
MINUS: Entry and mid-spec versions not as refined as flagship; steering doesn’t bring significant improvement over the donor Navara

THE mountains surrounding Santiago, Chile provided the spectacular backdrop to our first drive of Mercedes’ forthcoming entrant to the booming dual-cab ute segment.

The Mercedes-Benz X-Class, which, in a deal with the Renault-Nissan Alliance, borrows heavily from the D23 Nissan Navara, will arrive in Australia next April. Like Chile and its South American neighbours, we’re a key market. 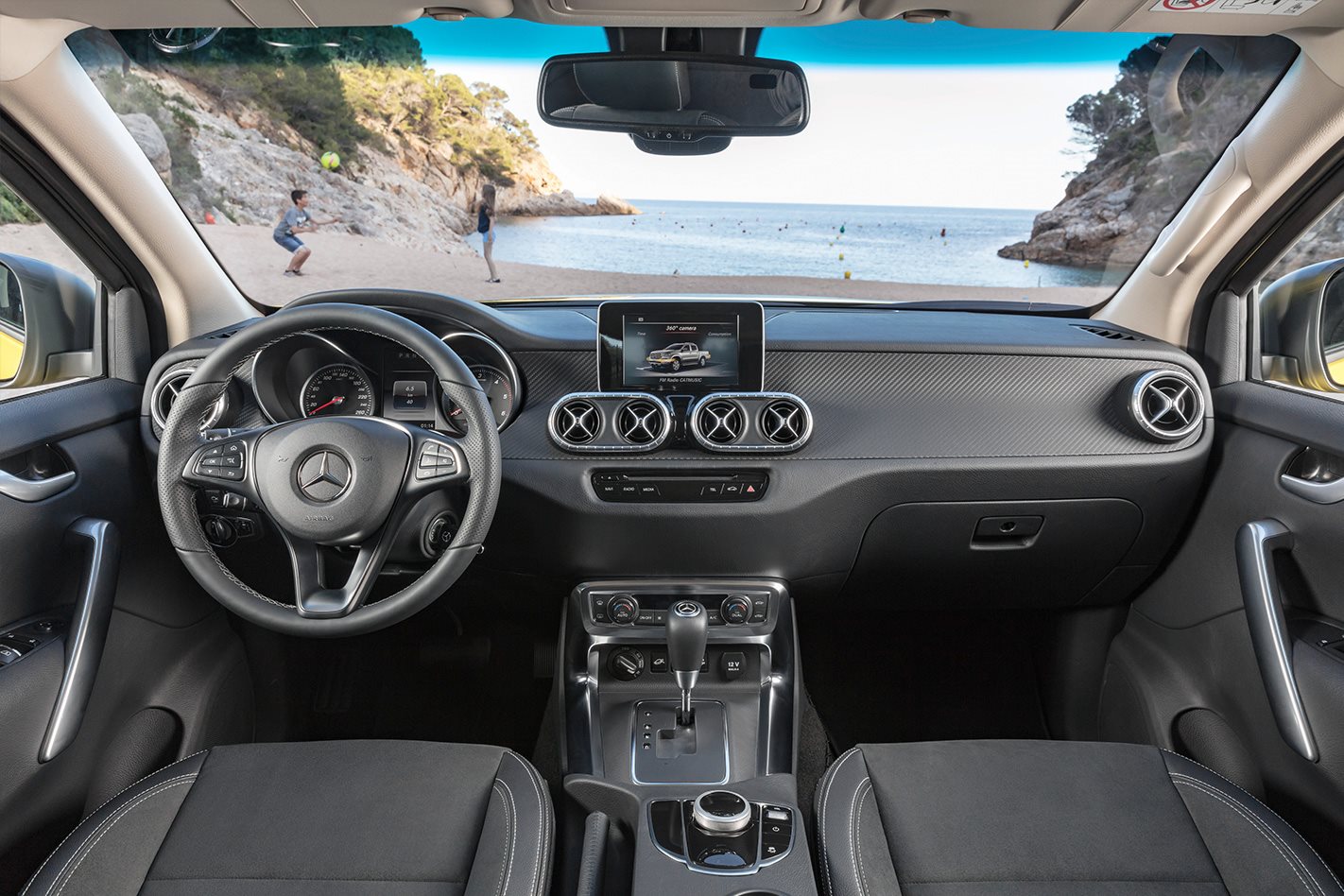 Despite plenty of shared Nissan hardware, the connection is not obvious when you climb inside the X-Class. Here, it’s all Benz, integrating instruments and switchgear largely borrowed from the V- and C-Class models with a unique dash and door trims. About the only compromise in relation to the shared platform is the placement of the HVAC controls low in the centre stack.

Yet the cabin of the base X-Class Pure also reminds you that this is a vehicle from the Mercedes Benz Vans division, with rough ’n’ ready features such as the vinyl floor, and plenty of hard surfaces. At the other end of the spectrum, the X-Class Power’s cabin feels more closely aligned with the brand’s passenger cars, with plush carpets, stitched leather on the dash, powered seats and comprehensive infotainment.

Driving the X250d in Power specification reveals that Benz has done a mostly thorough job in re-engineering the platform. The refinement is worlds better than that in the Nissan, well isolated from both road noise and the gruff four-cylinder turbo-diesel. 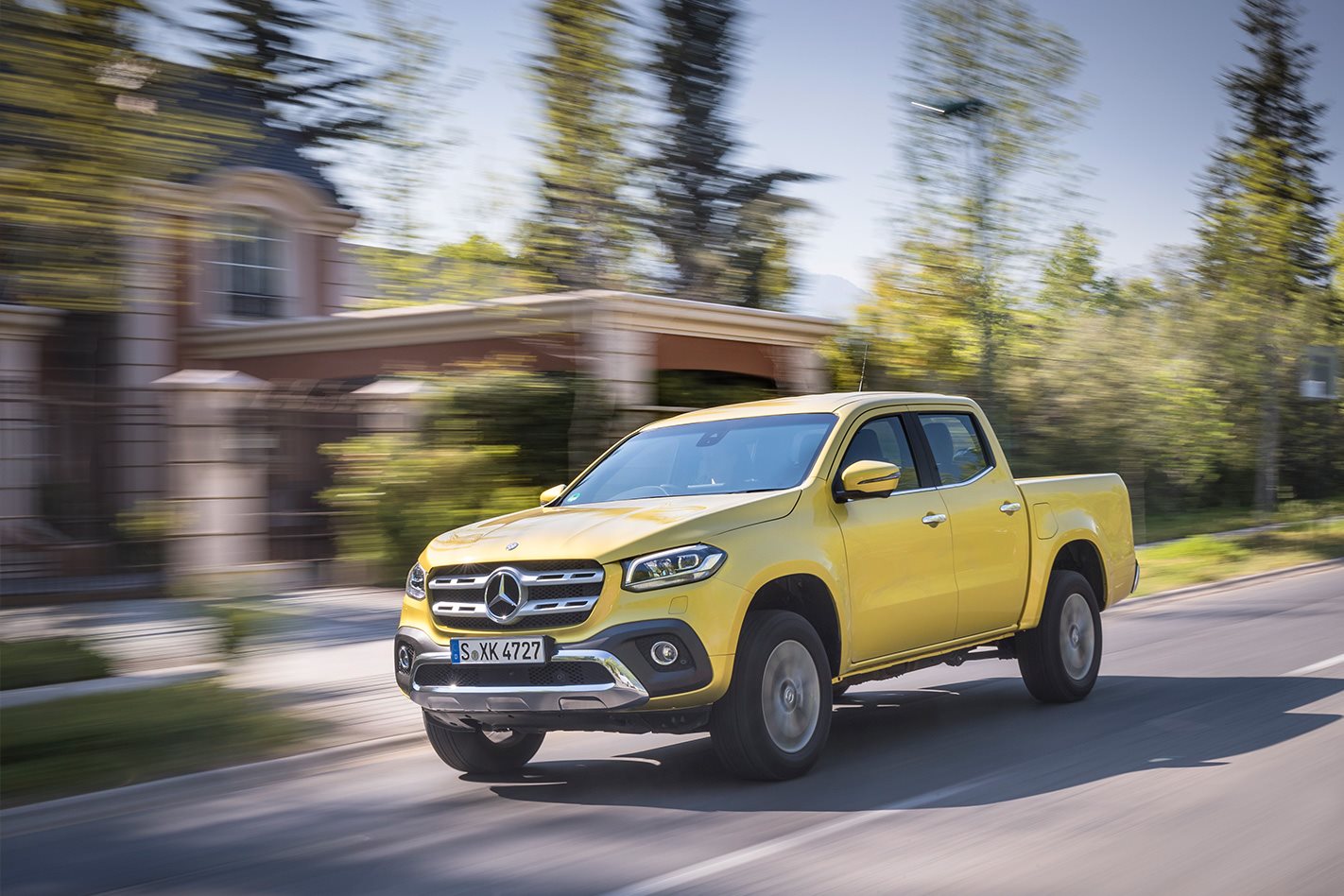 Steering feel and directness are not Navara strong suits and, disappointingly, it seems Mercedes has not wrought significant improvement in this area, leaving the hydraulically assisted system as merely on par with the average dual-cab ute.

The suspension calibration, however, is a great leap forward. The X-Class is better at soaking up bumps and undulations, maintaining composure on sweeping tarmac and control on more rugged terrain. The Nissan’s multi-link coil rear suspension sets the X-Class apart from the average leaf-sprung live axle ute, and is well behaved and predictable. Mercedes-Benz stressed the amount of work it put into the spring and damper calibration, in part to realize the benefit of the X-Class’s significantly wider tracks than the Navara. The suspension mounting points and bushes are revised, and the result is a smoother and quieter ride. 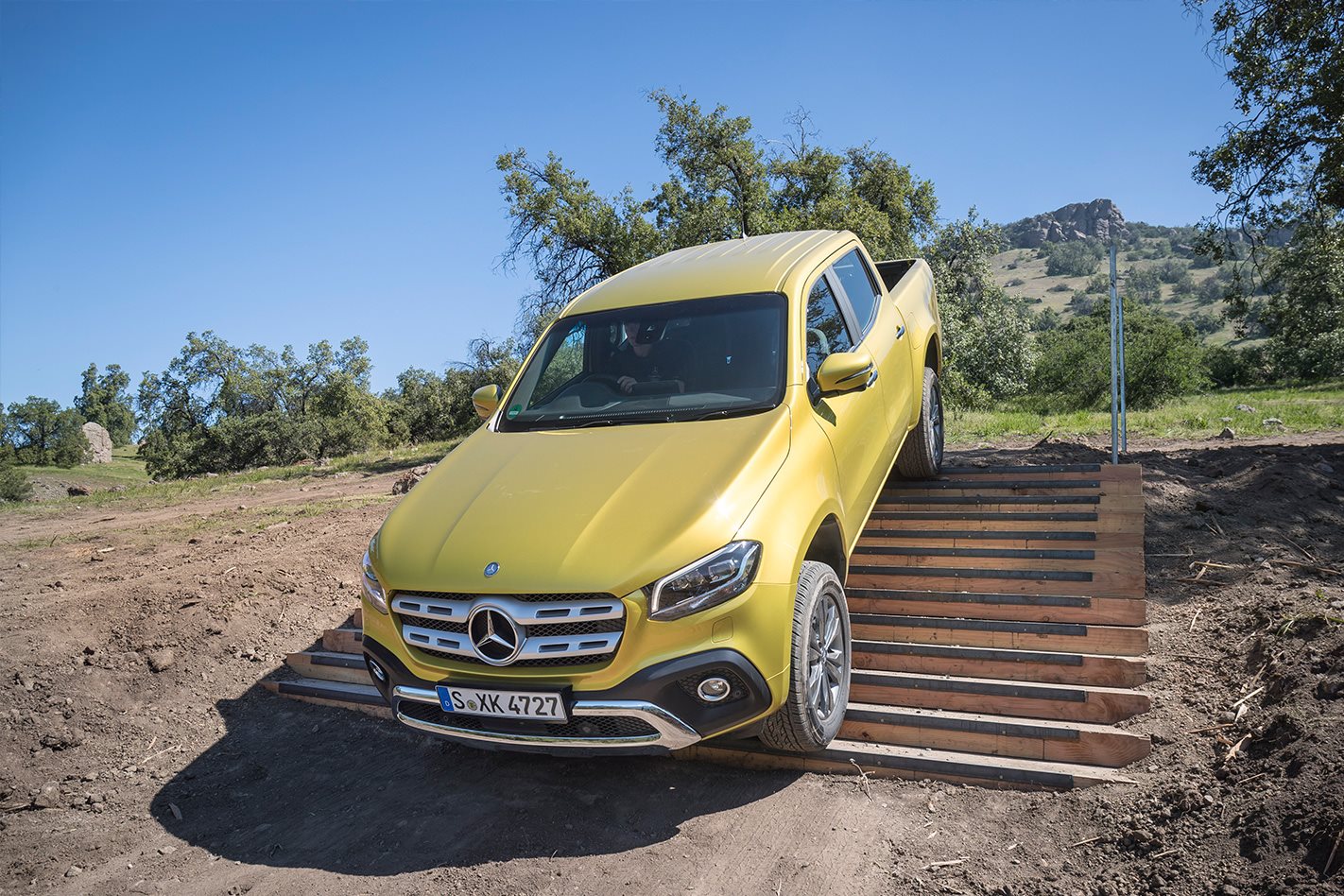 The suspension changes – and tuning – instantly put the X-Class up there as one of the best handlers by the modest standards of the class, though we won’t know if it’s as good as benchmark the Volkswagen Amarok until we back-to-back them on local soil.

The 450Nm twin-turbo Renault/Nissan engine remains a stout performer with plenty of grunt across a decent range, powering via a slick seven-speed automatic. Yet while we found the X250d Power far more refined than its Nissan relative, some of the Navara’s gruffness carries into the lesser versions such as the X250d Progressive we sampled. It seems it misses out on the same level of insulation as the Power, which might remove some of the supposed upside of paying extra for a premium ute.

We’ll have to wait until later this year for Australian X-Class pricing, however for a shot at success the X220d and X250d in Pure and Progressive spec will have to be close to the existing players, leaving Mercedes-Benz with room to command a premium on its range-topping X350d Power in the as yet untapped premium ute market. 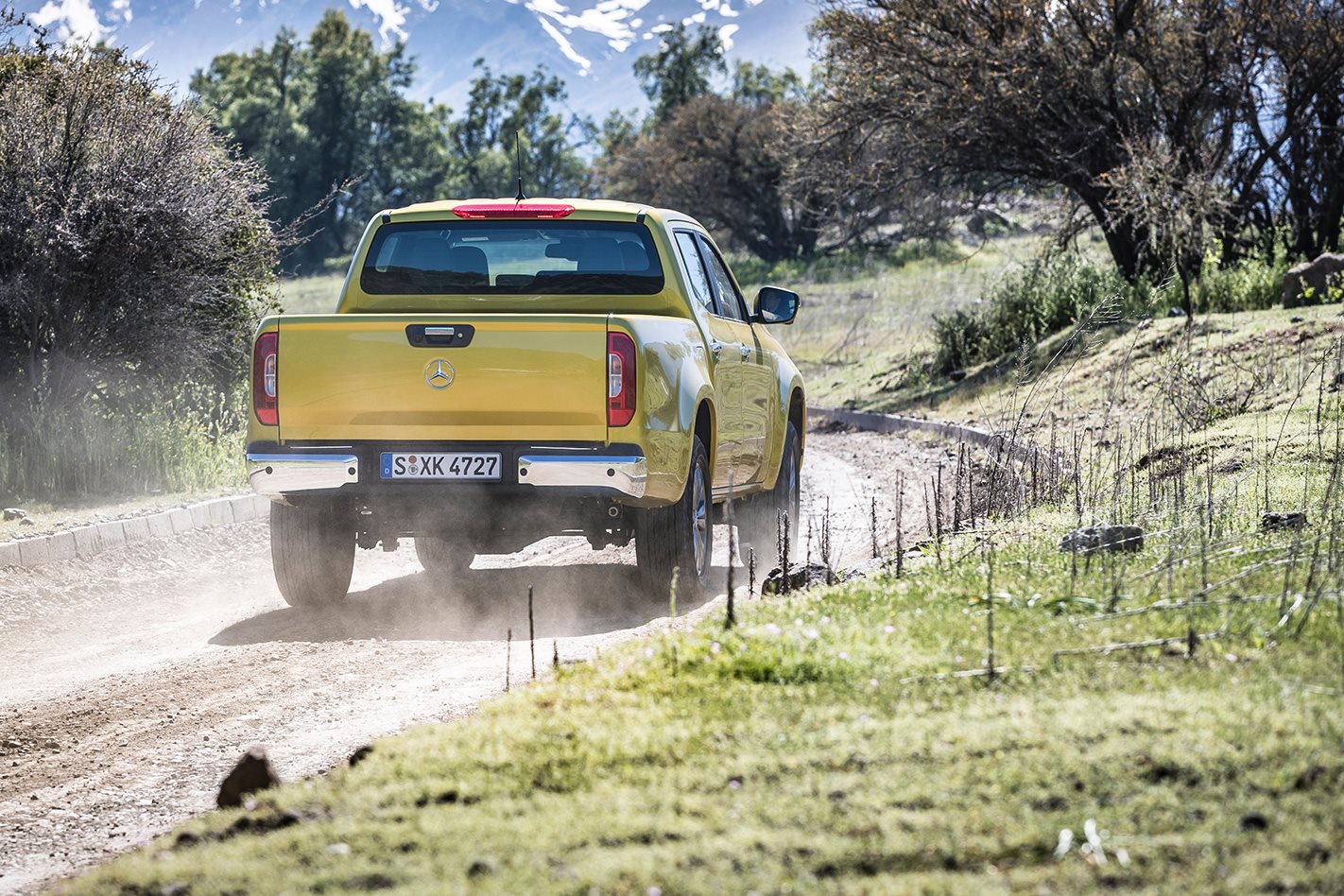 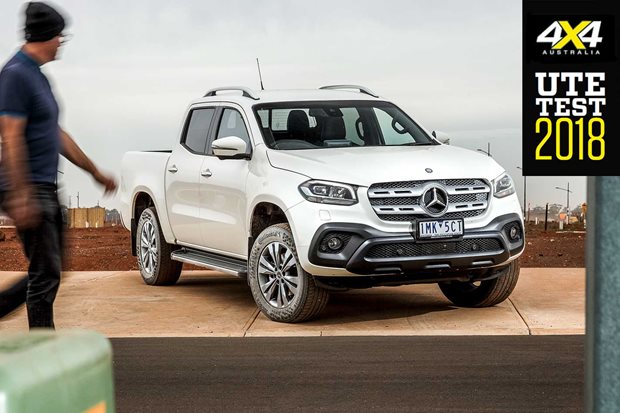 Dual-cab 4x4s are booming – not just in Australia but across the globe – and Mercedes-Benz wants a slice of the action. 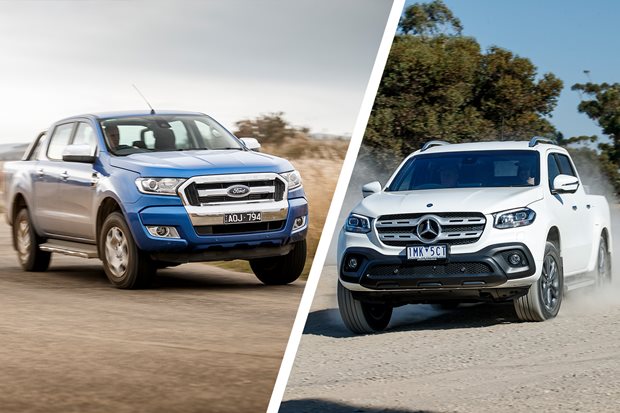 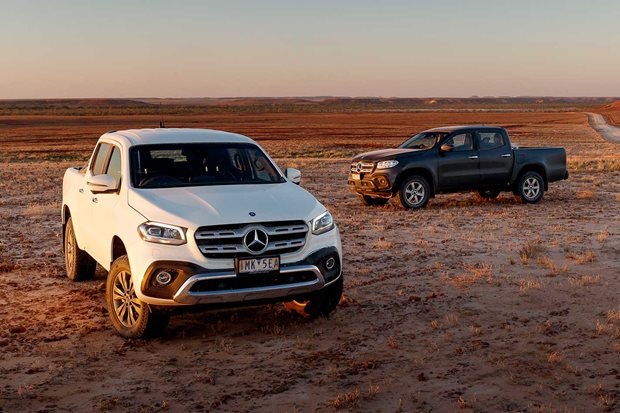 A 5500km outback torture test for Benz’s new ute. Was the X-Class up for the challenge?