We drive the exciting third-generation Audi TT in Spain

AT THE Geneva Motor Show back in March we looked from every angle at the freshly unveiled third-gen TT Coupe – due here early next year – and poured over its vital statistics.

It was certainly visually true to its two predecessors, though broader, squarer and less armadillo-like. Less androgynous; more appealing to those blokes out there who ran away from any cars remotely associated with the hairdressing industry. But maybe a bit too cautious…

The 2.0-litre turbo fours were carried over from the last TT and its punchier TTS sibling, but seriously reworked.

The big change was building it on the clever and versatile modular MQB platform used for a brace of new models from VW Group.

The TT continues to be aimed squarely at early adopters and progressives, as the marketing people like to call them.

“This is exactly the right vehicle for this customer group,” Audi’s Florian Schwab said, a hint of the evangelist in his Teutonic tones.

Talk is empty, though. Finally, after months of anticipation, Wheels got to try the new TT on roads around the Spanish squillionaires’ playground of Marbella on the Mediterranean.

Because we’re not remotely elitist, Wheels opted for the 2.0-litre front-drive entry car for a blast through the mountains above Marbella. It was no great hardship.

At about $77,000 or so, the manual and the optional S tronic will be priced identically when the new TT launches in Australia in February. A quattro variant of the same 2.0-litre TFSI will also be offered, for about $3000 more.

Initial impressions of the revised 169kW/370Nm in-line turbo four are of lively throttle response with admirable torque and driveability.

When the road ahead calls for an expression session, the driver gets to appreciate the extra herbs and spices from under the bonnet – up from 155kW/350Nm in the outgoing TT.

The engine is an easy one to love, with a real Jekyll and Hyde nature. Love the crackling sounds from the dual pipes on up-changes when the pace is on the swift side. Still, when required, the TT lopes along in sixth at just above 1000rpm and easily conquers steepish inclines at 1500 in fifth.

It’s not hard to see why this petrol-engined TT returns 6.3 L/100km combined.

The electro-mechanical steering is on the light side, but dial up the edgier Dynamic setting for some appropriately quicker motoring and the weighting instantly moves to a pleasing level with communication levels not felt in the previous model.

The front-drive TT uncorks a little understeer when you charge at a tight corner, but the composure never relents, and even without the adhesion of all-wheel-drive, the driver can get back on the throttle surprisingly early.

Fifty kilos lighter than its predecessor, it attacks a series of S bends without an excess of body roll on changes of direction.

The manual box is a sweetie; so smooth and positive, if an endangered species.

Dual-clutch transmissions keep winning over even the diehards. Audi’s dual-clutch S tronic with paddle shifting is faster, safer and more efficient than the manual, though perhaps not as satisfying.

Brakes, and you need them to be right on their game on those demanding roads with surprises around many corners, give excellent, progressive feel.

Wheels did not expect to fall under the spell of the FWD TT 2.0-litre TFSI, but it’s a model destined to win plenty of new friends. 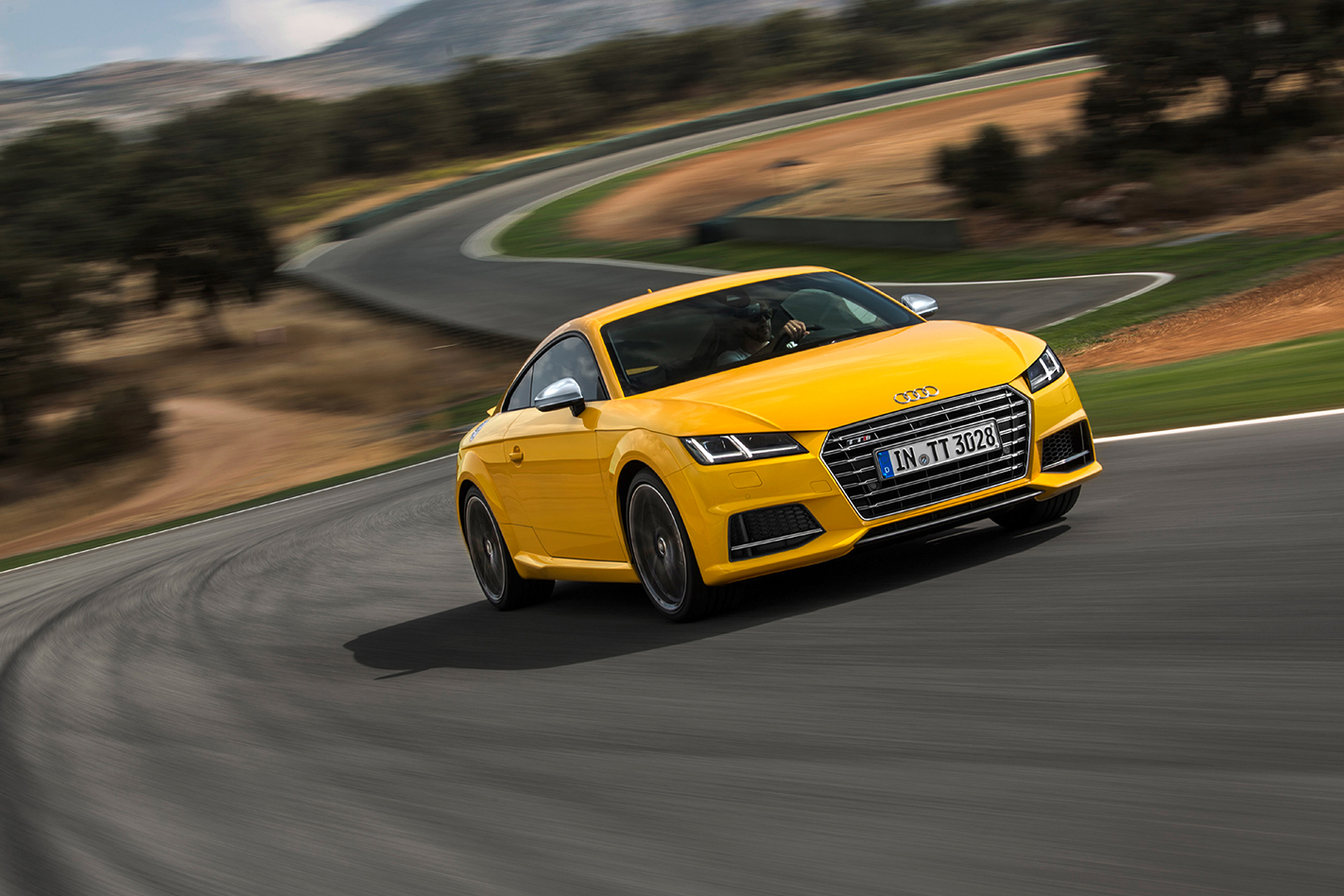 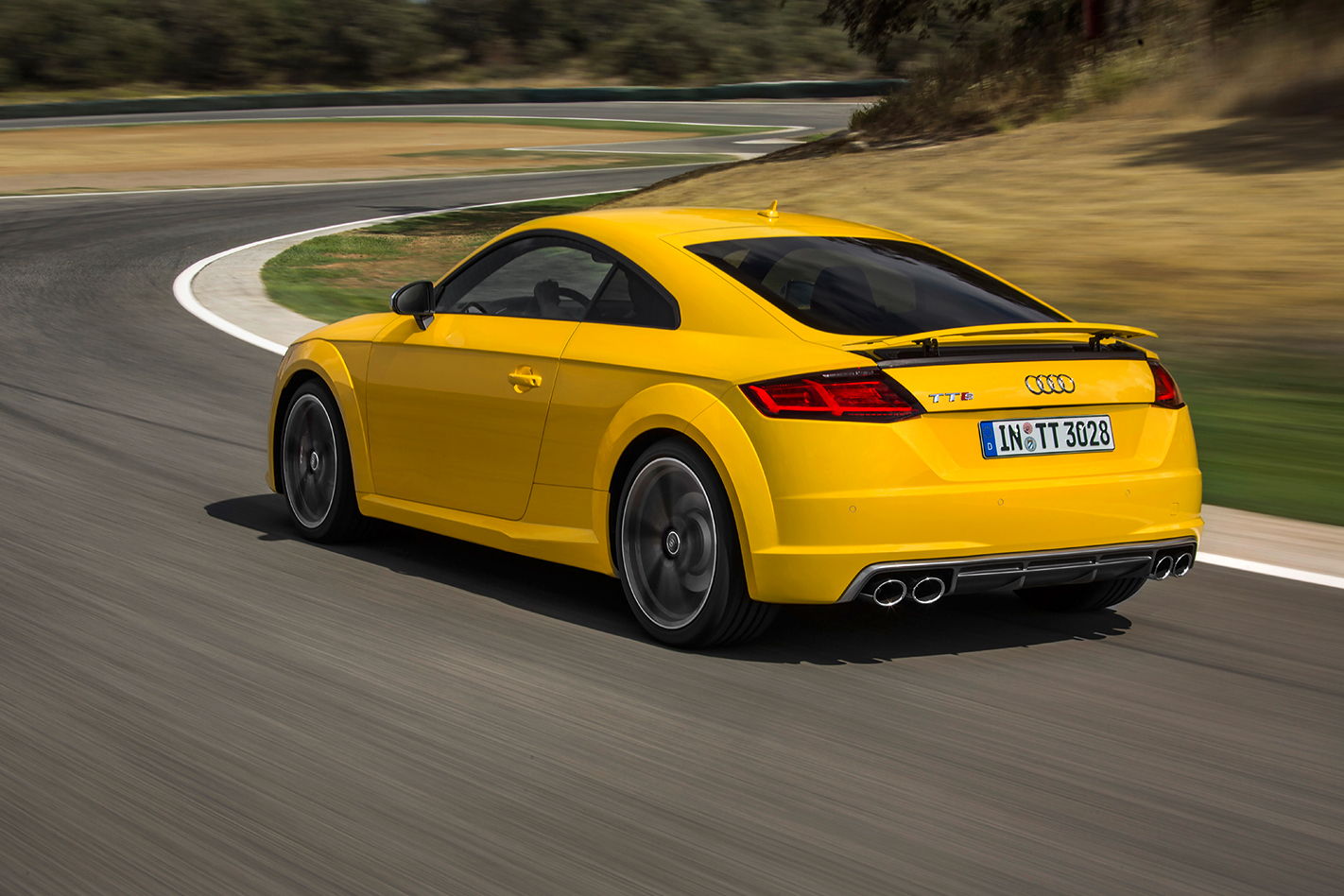 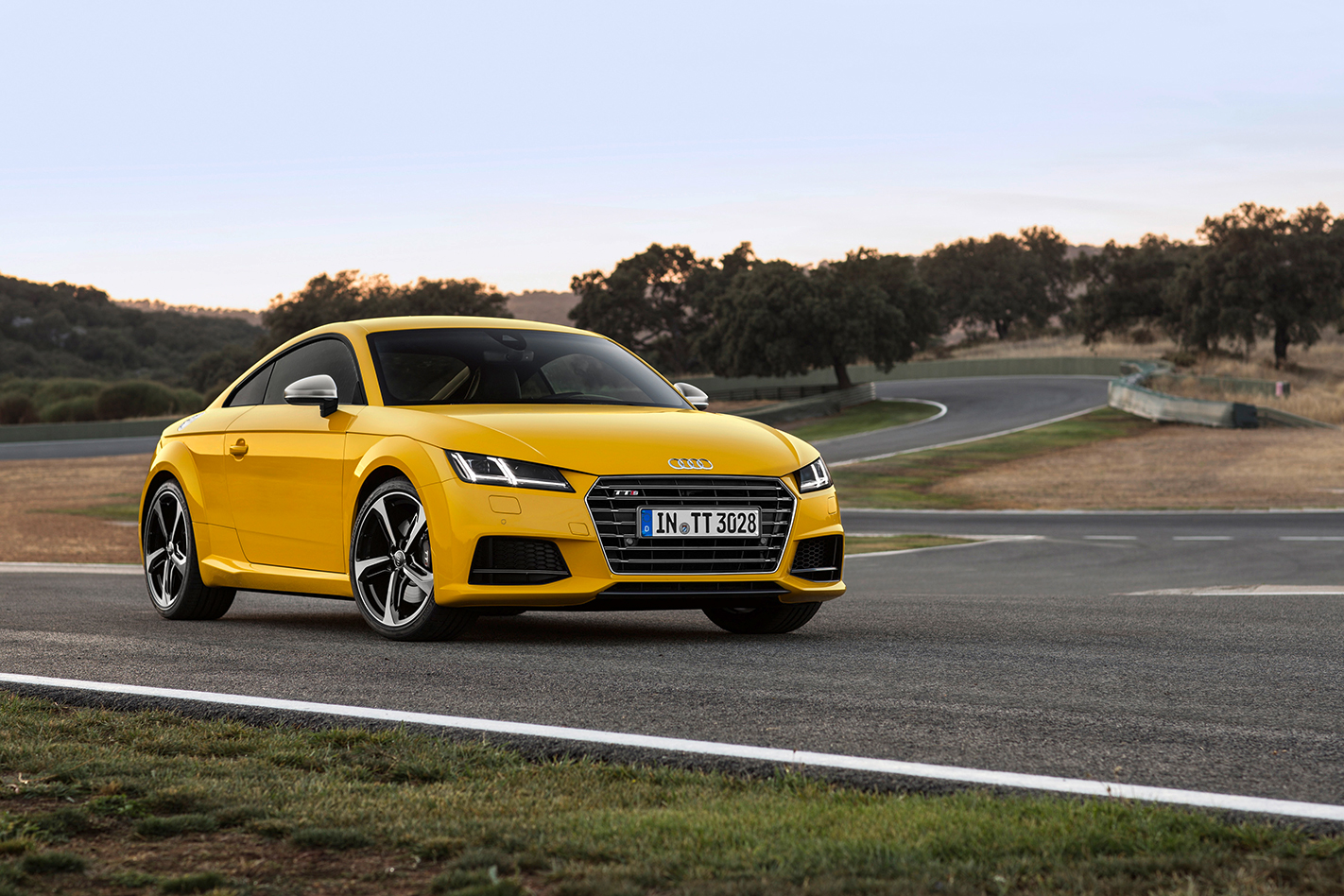 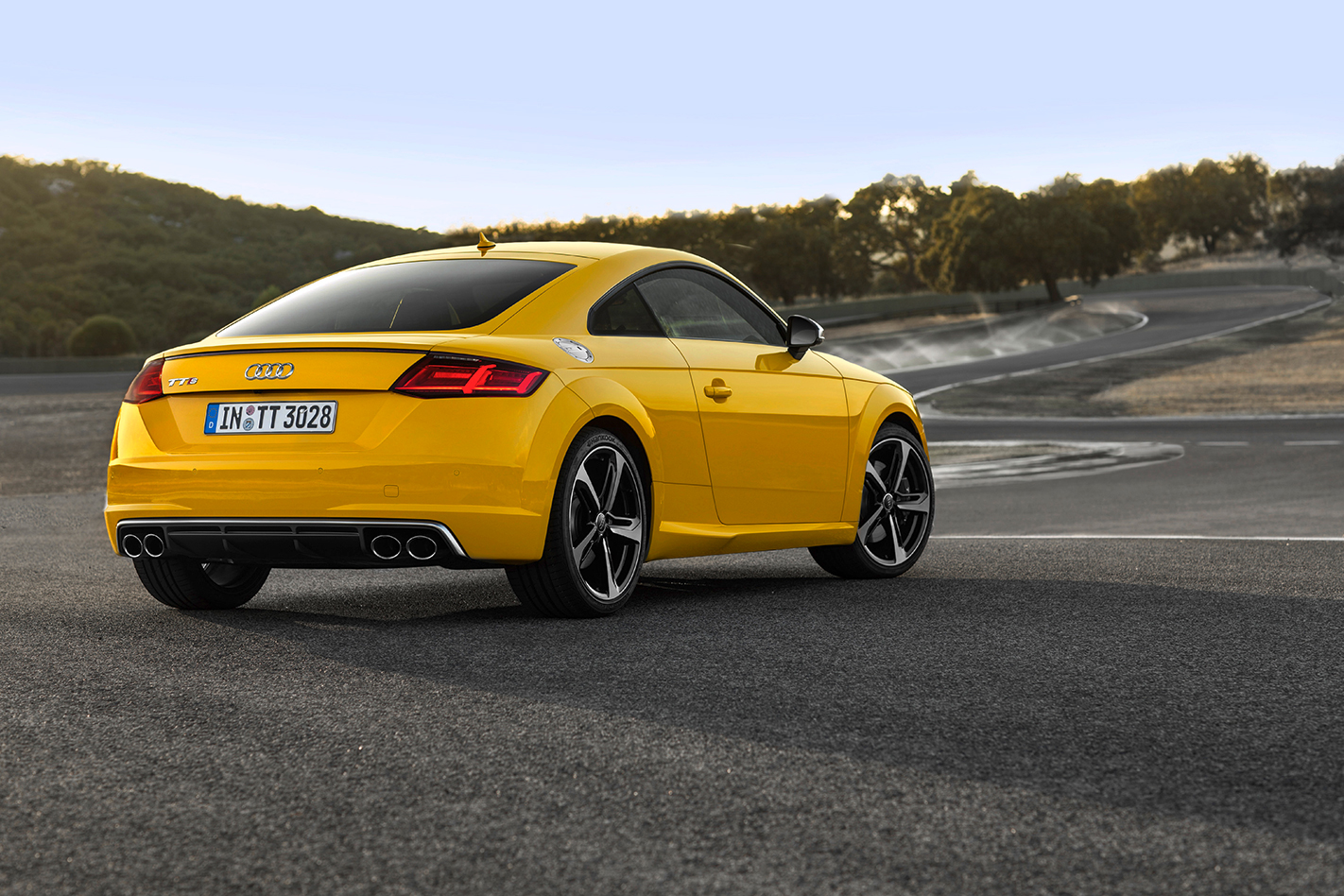 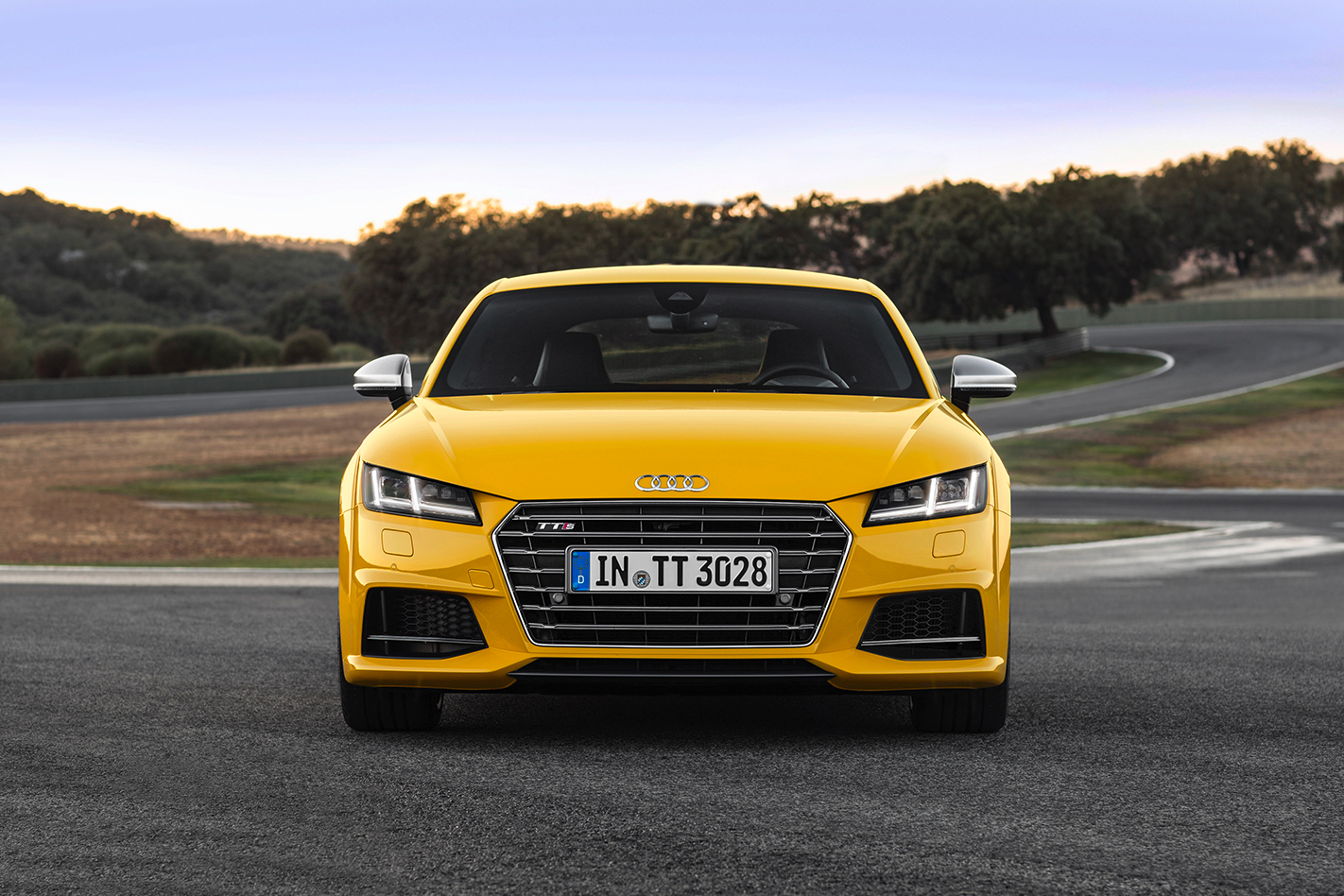 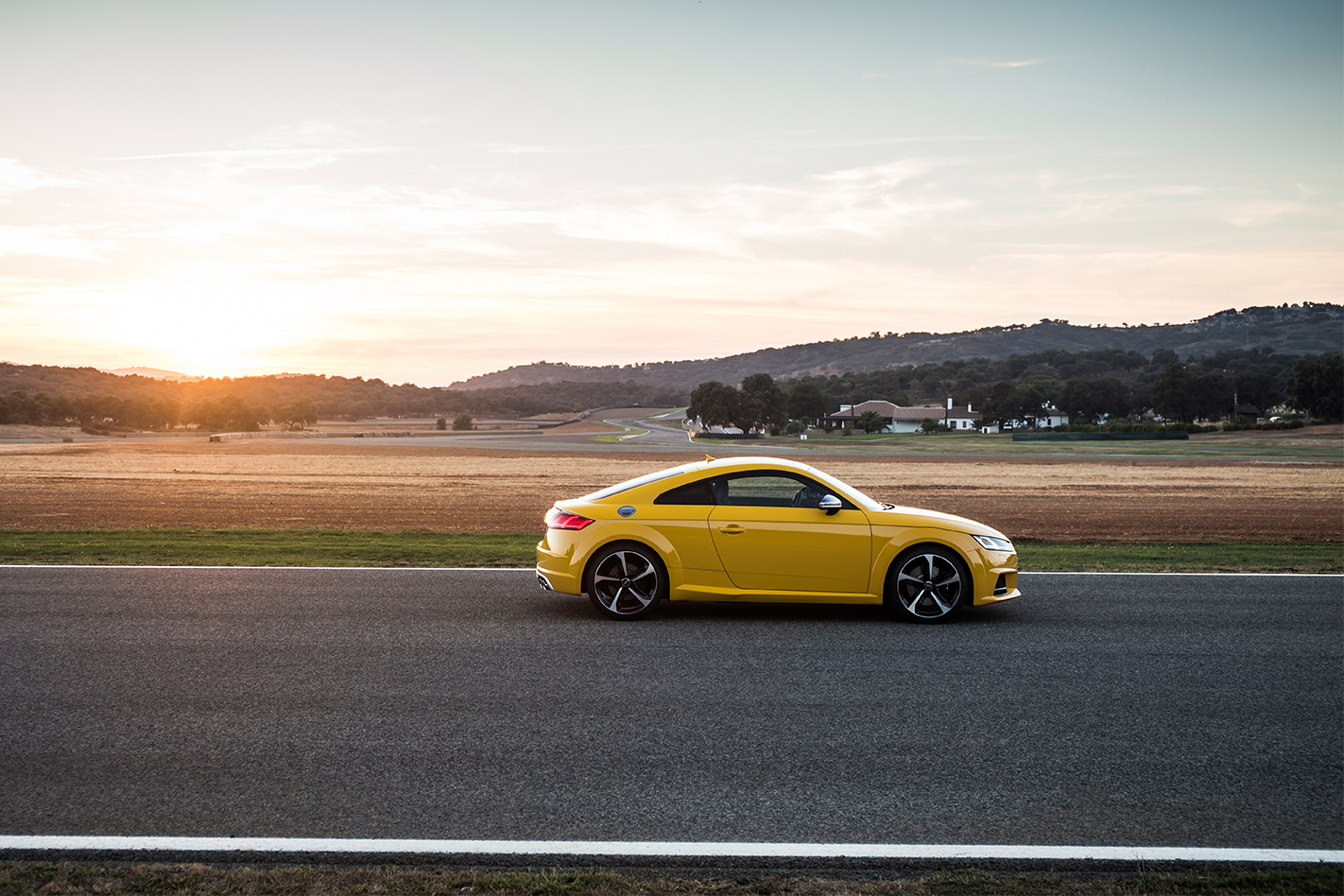 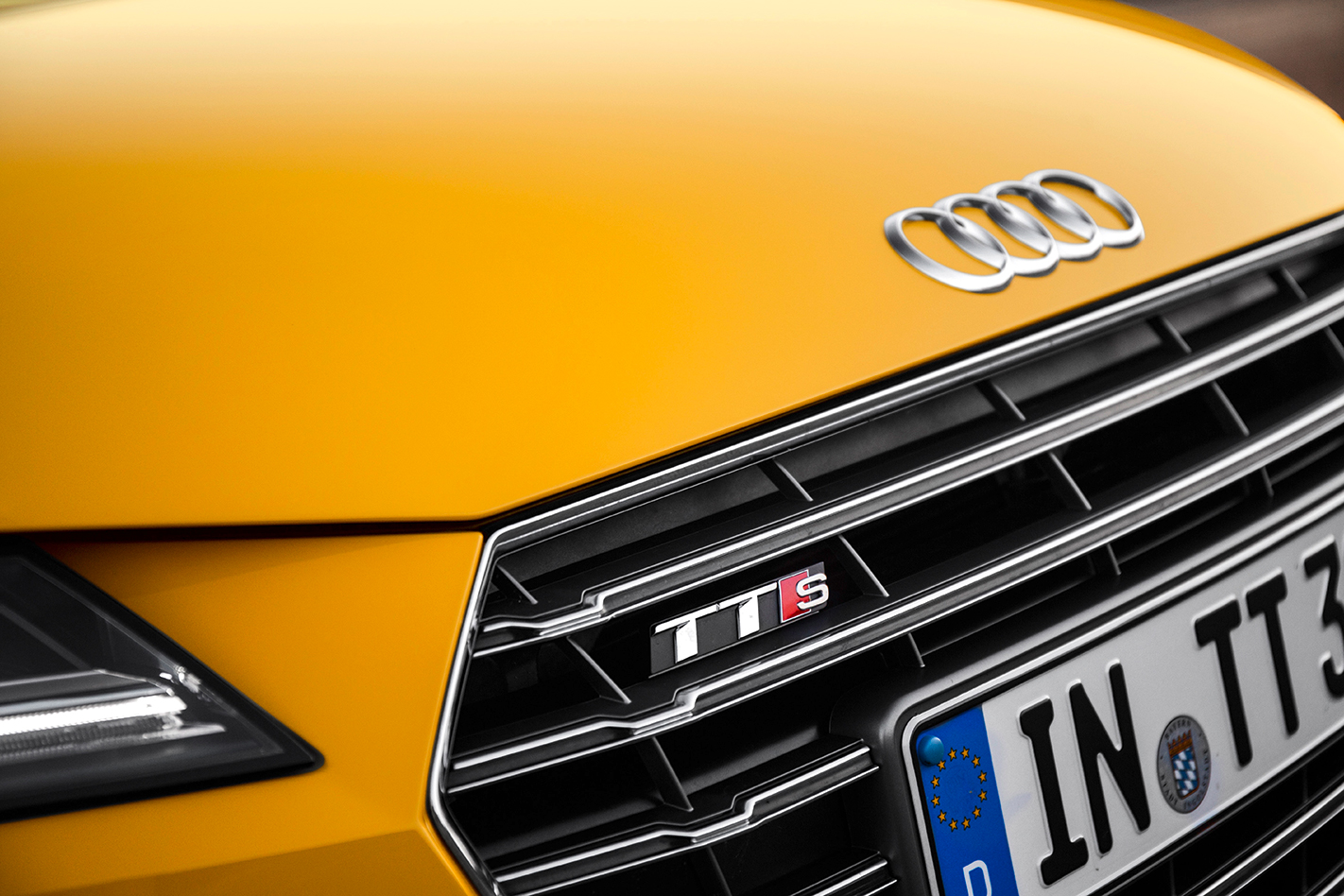 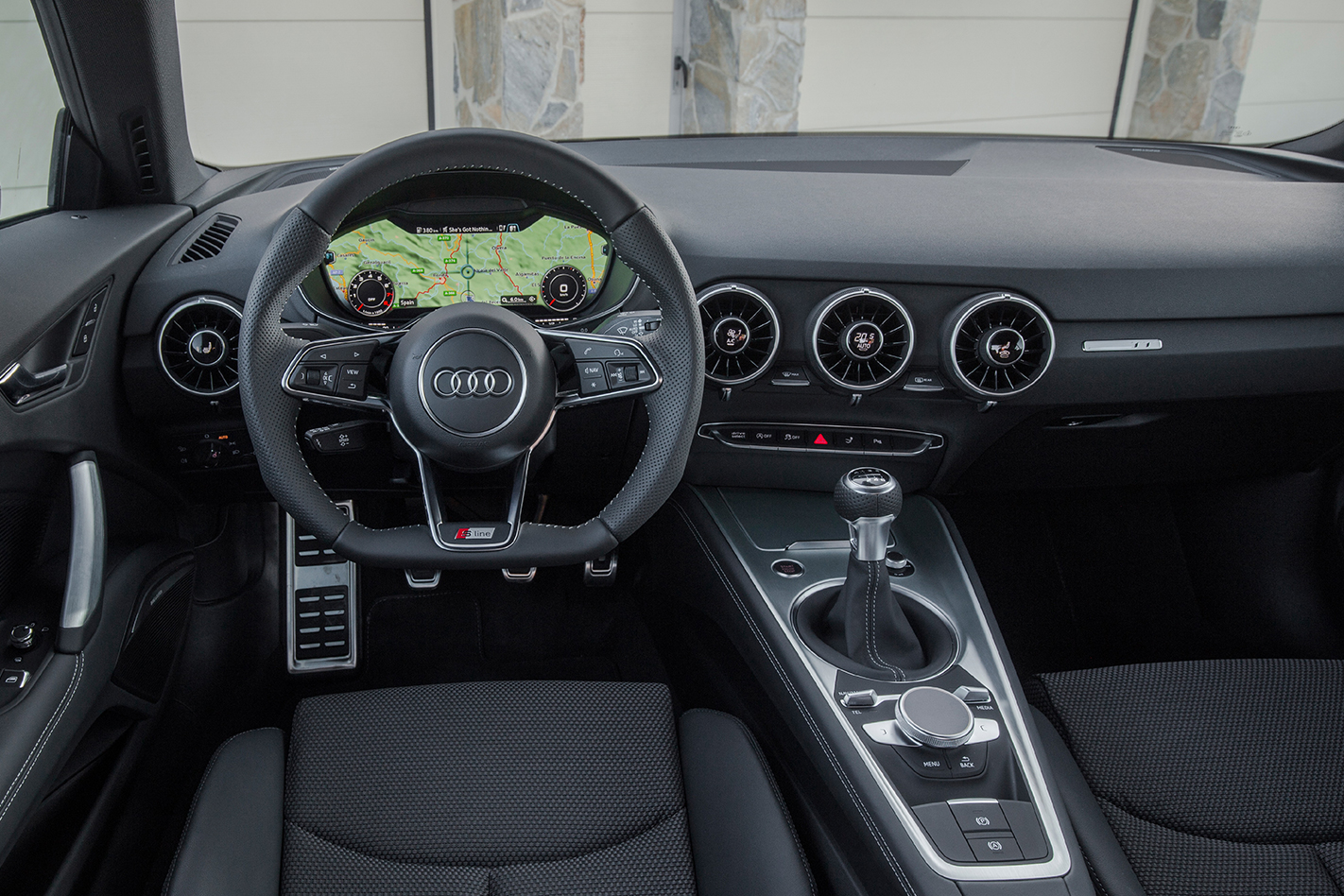