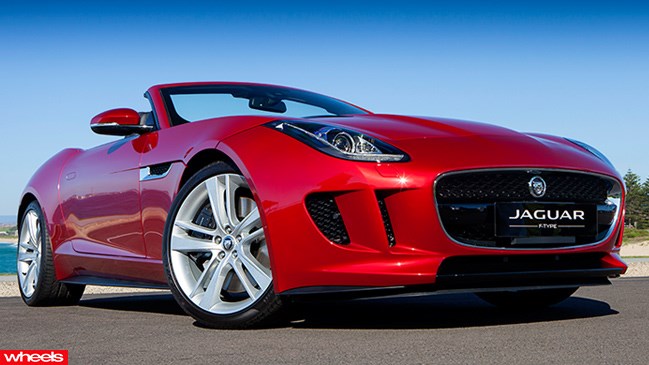 Associate editor Westerman’s worried. He’s driven Jaguar’s F-Type through Spain’s mountainous north, and in the July 2103 issue, given it bigger raps than Jay-Z and Tupac. But has he got it right? Does European brilliance translate to Aussie awesomeness?

Associate editor Westerman’s worried. He’s driven Jaguar’s F-Type through Spain’s mountainous north, and in the July 2103 issue, given it bigger raps than Jay-Z and Tupac. But has he got it right? Does European brilliance translate to Aussie awesomeness?

No need to sweat it mate; this roadster is simply sensational. After a lengthy absence, it puts Jaguar back at the pointy end of the pure-bred sports car pack, and marks a significant turning point for the brand.

The entry F-Type is powered by an all-alloy 3.0-litre supercharged V6 (as used in XJ and XF sedans), mounted longitudinally in the front, sending 250kW/450Nm, through a close-ratio, eight-speed auto transmission, towards the rear wheels. It sits on 18 inch alloys, is claimed to run 0-100km/h in 5.3sec and wears a $138,645 price tag.

Next step is the F-Type S, powered by an upgraded version of the same engine, now producing 280kW/460Nm. The S also picks up an active exhaust system (more on this fun factor later), an LSD, larger brakes, launch control, adaptive dynamics (continually tweaking steering weight, suspension tune, engine settings and transmission shift in response to driving style), and 19 inch rims. It’s claimed to dip down to 4.9sec 0-100km/h, and weighs in at $171,045.

Then things get even more serious with the F-Type V8S, packing 364kW/625Nm of blown alloy V8 in a car weighing 1665kg. No lightweight, but with that much grunt on board you’re looking at a power-to-weight ratio that betters Porsche’s 911 Carrera S, and jumps into the same extremely rapid ballpark as the Aston V12 Vantage, BMW M6 and Lotus Exige S. No surprise the 0-100km/h claim drops to just 4.4sec. The flagship also features 20 inch rims, even bigger brakes, an active e-LSD, and quad exhaust pipes, with a recommended retail price cresting a monetary milestone at $201,945.

Jaguar’s design team, led by Ian Callum, has created a beautifully proportioned shape, evolved from the C-X16 concept of 2011, offering a tip of the styling hat to its D and E-Type predecessors (especially from the rear). The 1.9m wide, alloy body incorporates high, curved haunches, a shark-like nose and bulging (forward-hinged) bonnet. The driver-focused cockpit is beautifully finished and spot-on ergonomically.

A lengthy local drive through the suburban grind, on the open freeway, across secondary backroads then a full-on attack through tight, twisting sections proves the F-Type is an exceptional car. Some are comparing it to Porsche’s mid-engine Boxster, but aside from the drivetrain and configuration differences, the Jag deserves to stand on its own as a front engine, rear drive roadster reflecting quality engineering and attention to detail in every aspect of its development. Jaguar made a conscious decision to use hydraulically-assisted steering and a quick ratio for maximum driver connection, and the result is impossibly good. From the first corner, even at slow speed, the steering and chassis communicate their every move and connection with the road.

Acceleration in the 250kW V6 is satisfyingly strong, and the auto transmission, with sequential shift via wheel or lever, is sharp and positive. But the biggest party piece is the active exhaust, consisting of electronically controlled bypass valves in the rear section, which open under hard acceleration to effectively form a straight-through, massively loud, set up.

Keep your Alfas, Alpines and Dinos, this is arguably the best sounding production V6 ever made. The bark and crackle emanating from the back of this car is unbeatable. If you choose the entry model, do yourself a favour and cough up for the system as an option. Then, the V8 delivers stonking thrust and sounds like a cross between an old-school hot rod, a GT40 at Le Mans, and a sonic boom. Brilliant brakes on all variants efficiently tame the speed and aural drama. Jaguar recognises it’s pitching this car to a “knowledgeable, enthusiast target”, and it’s clear their knowledge and enthusiasm will be richly rewarded. The F-Type is better than good ... it’s an instant classic. 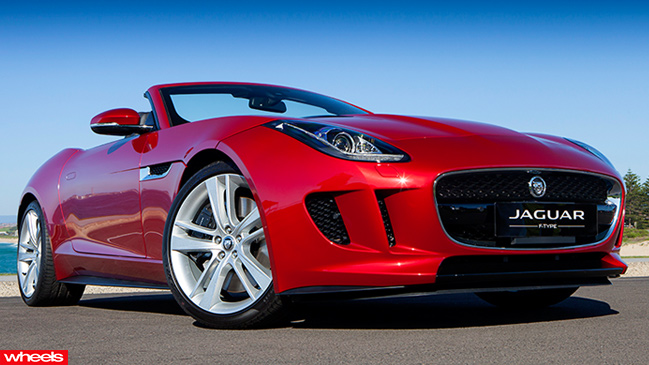 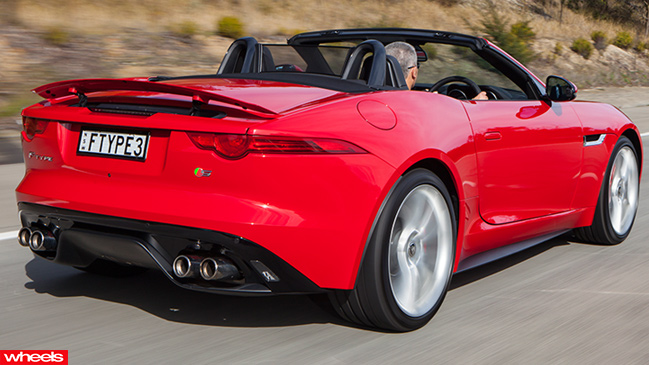 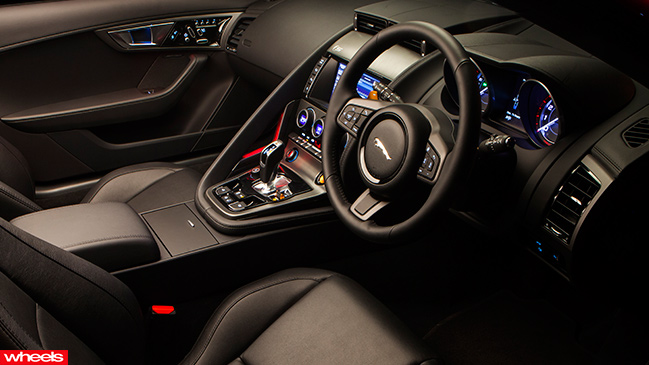 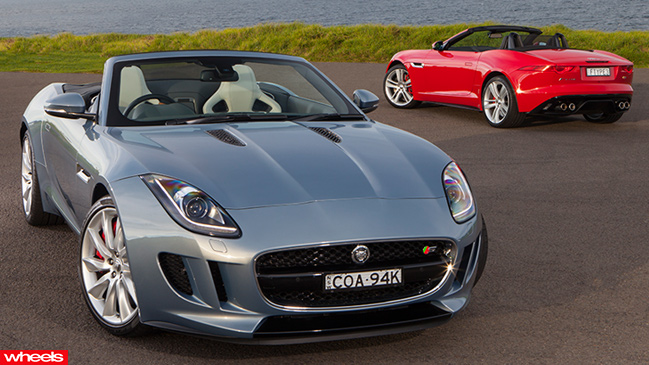