Ponch puts a small convertible – and his manhood – to the test

REMOVING the roof from a smallish car like Audi’s A3 can be nonsensical for a bunch of reasons. Fitting a folding fabric top in place of a fixed metal roof lowers the body’s rigidity, reduces refinement, evaporates rear seat room and cuts boot size in half.

According to urban myth, it also says something about your sexual persuasion, but Audi’s new-generation A3 Cabriolet is determined to debunk all of the above.

This all-new, metrosexually charged, sedan-based version is here to set the record straight, so to speak.

As the first convertible based on the VW Group’s excellent MQB platform (that also underpins Golf, Audi TT and Skoda Octavia, among others), it’s a great test of just how good this architecture is.

And after a terrific launch drive down South Australia’s Fleurieu Peninsula to Victor Harbor, then across to the magnificent Kangaroo Island, it’s impossible not to be deeply impressed with Audi’s handsome new ragtop.

Our first taste was in a 2.0-litre turbo-diesel version running 18-inch wheels and sports suspension. The diesel is expected to make up just 10 percent of A3 Cabriolet sales (which will account for 15 percent of total A3 numbers). But given the 110kW/320Nm TDI’s solid torque and surprising refinement, you can see why someone might choose the $51,900 oiler over the cheaper 103kW/250Nm 1.4-litre turbo-petrol ($47,300).

The TDI is slightly quicker to 100km/h (8.8sec versus 9.1) than the 1.4TFSI and marginally more economical (4.7L/100km versus 4.9), yet its abundance of torque makes progress deceptively brisk.

On the lumpy, snaking Inman Valley Rd, the sports-suspended TDI proved that stiffening up the chassis and fitting large wheels couldn’t rattle the A3’s roofless body. The barest hint of windscreen shimmy over rough surfaces was the only evidence of the Audi’s missing top.

Roof up, the Cabriolet’s refinement was even more impressive. All launch cars were fitted with a $450 acoustic roof option (why isn’t it standard?) that proved so quiet you almost couldn’t tell you were in a convertible. That said, a city tunnel, surrounded by trucks, is the true test of a fabric roof’s credentials.

Whereas the TDI can be quite firm and slightly biased towards its front end until you really load it up, the 1.4 feels more naturally poised and completely unflappable, even over the challenging dirt roads on part of the drive route.

Throwing a convertible onto a fast, unsealed surface seemed risky, but proved the car’s worth, even with the roof off at 120km/h.

We drove the top-line 1.8TFSI quattro with seven-speed dual-clutch gearbox (standard on all A3 Cabriolets), 18s and sports suspension.

Compared to the occasionally flaccid 1.4TFSI, the 1.8-litre drivetrain is the most capable of combatting the Cabriolet’s 80-100kg weight increase over the sedan on which it’s based.

The extra weight does increase consumption – the quattro’s 6.6L/100km fuel average is significantly thirstier than the front-drive 1.8’s 5.8L/100km – though, like all MQB-platformed cars, Audi’s A3 Cabriolets are among the most efficient of their type.

What they also offer is impressive all-round ability. They’re sprightly, refined, efficient, beautifully built, comfortable and about as practical as you could expect of a convertible this size.

Best of all, though, the A3 Cabriolet has universal appeal. This pretty German ragtop is certainly no handbag. 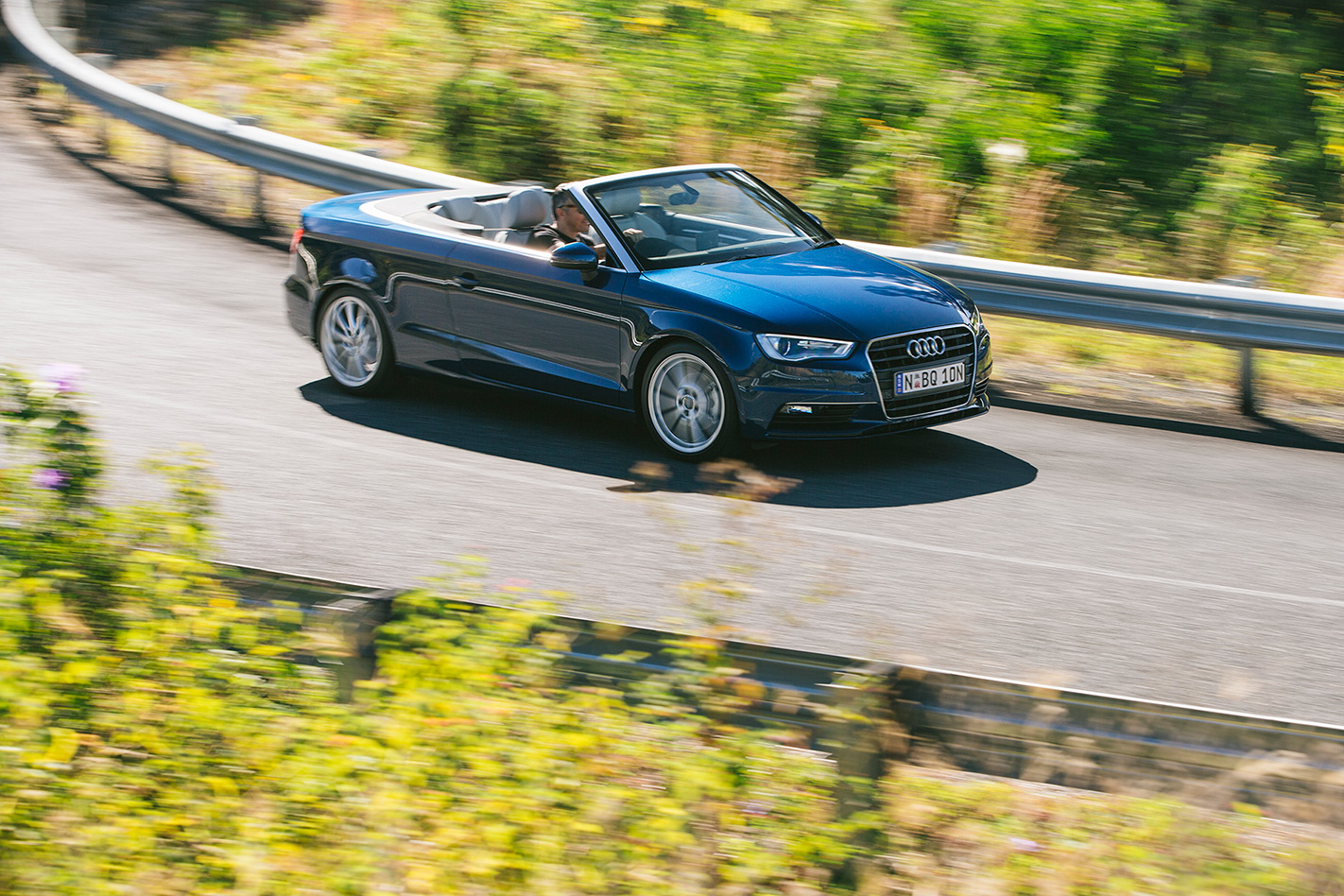 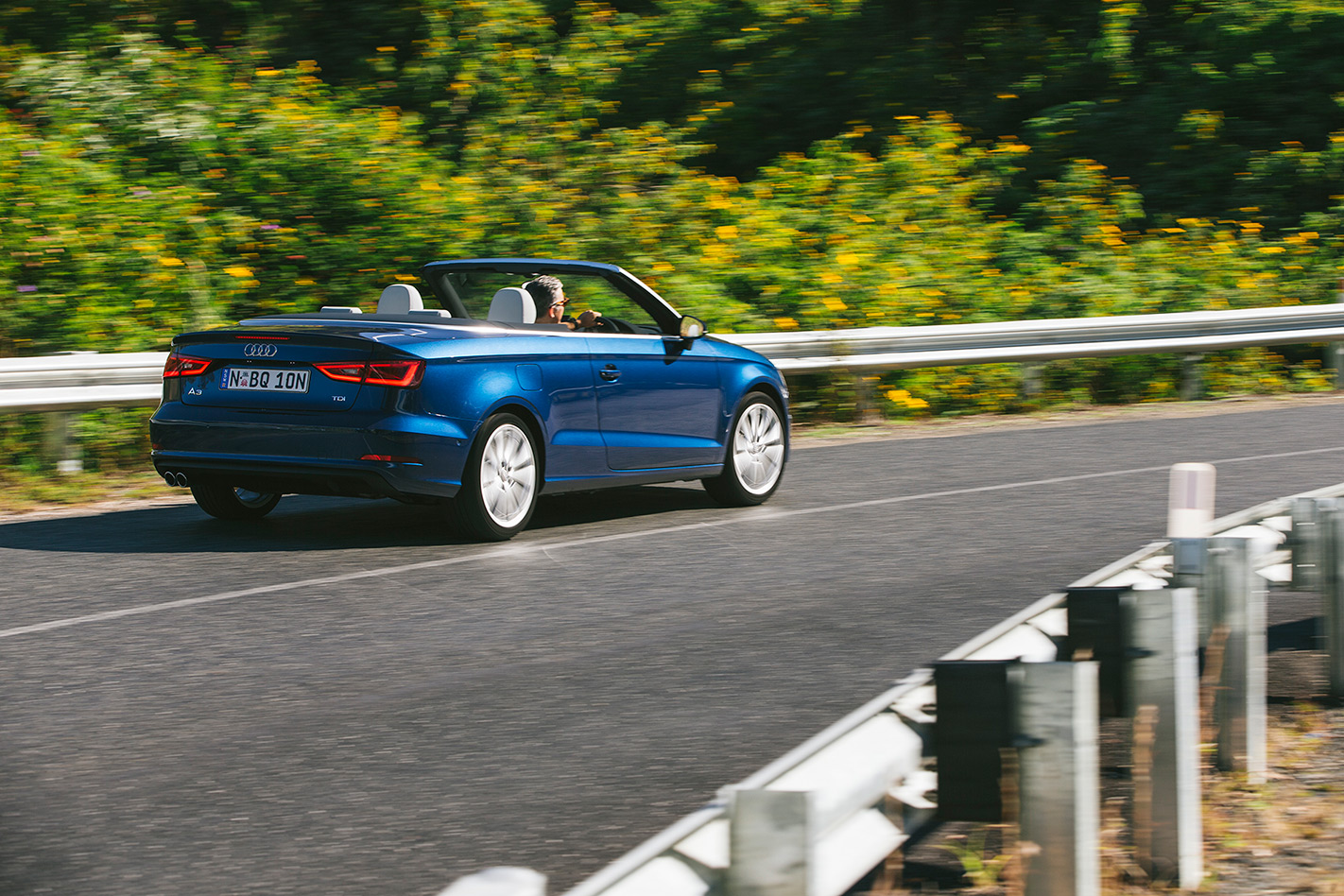 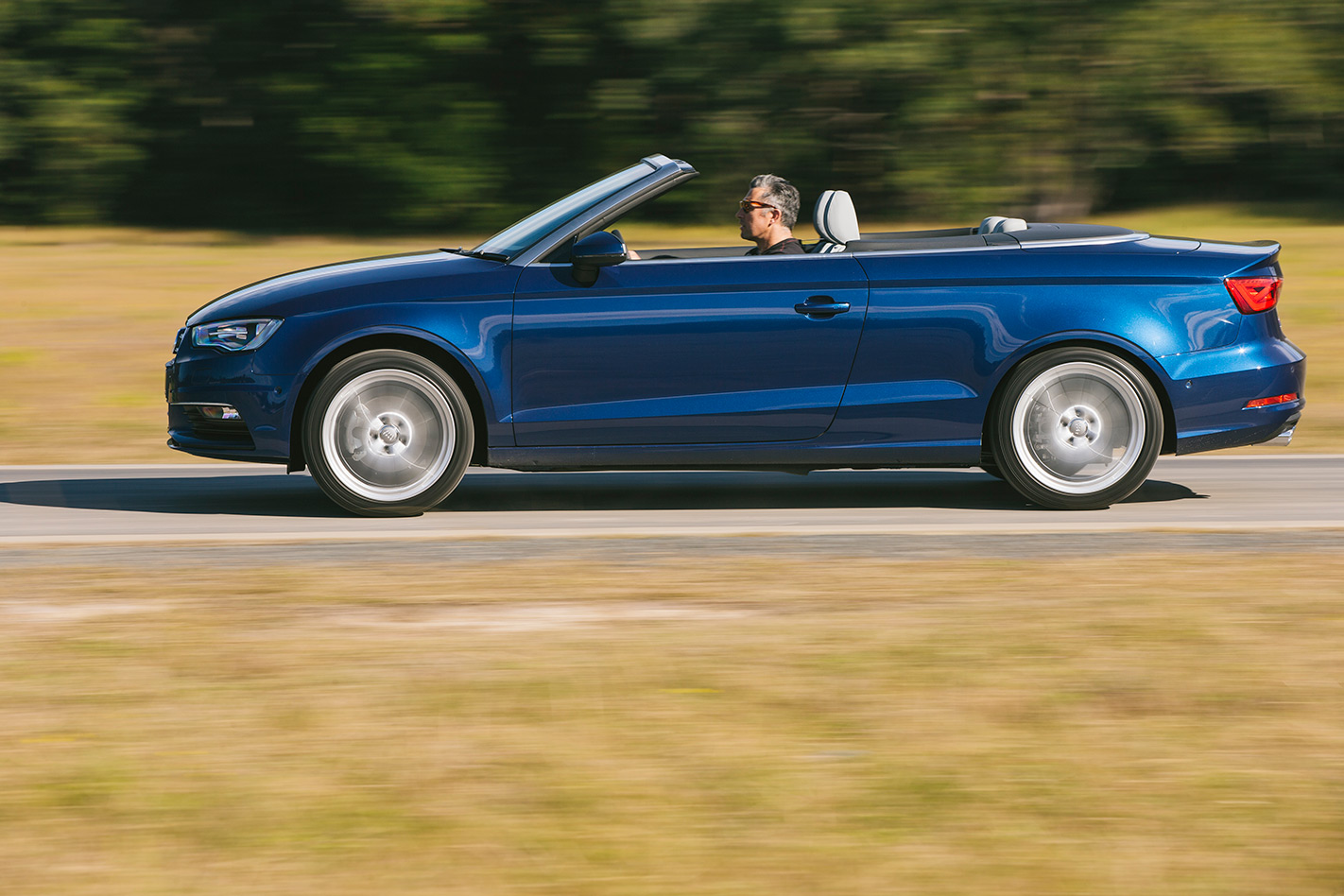 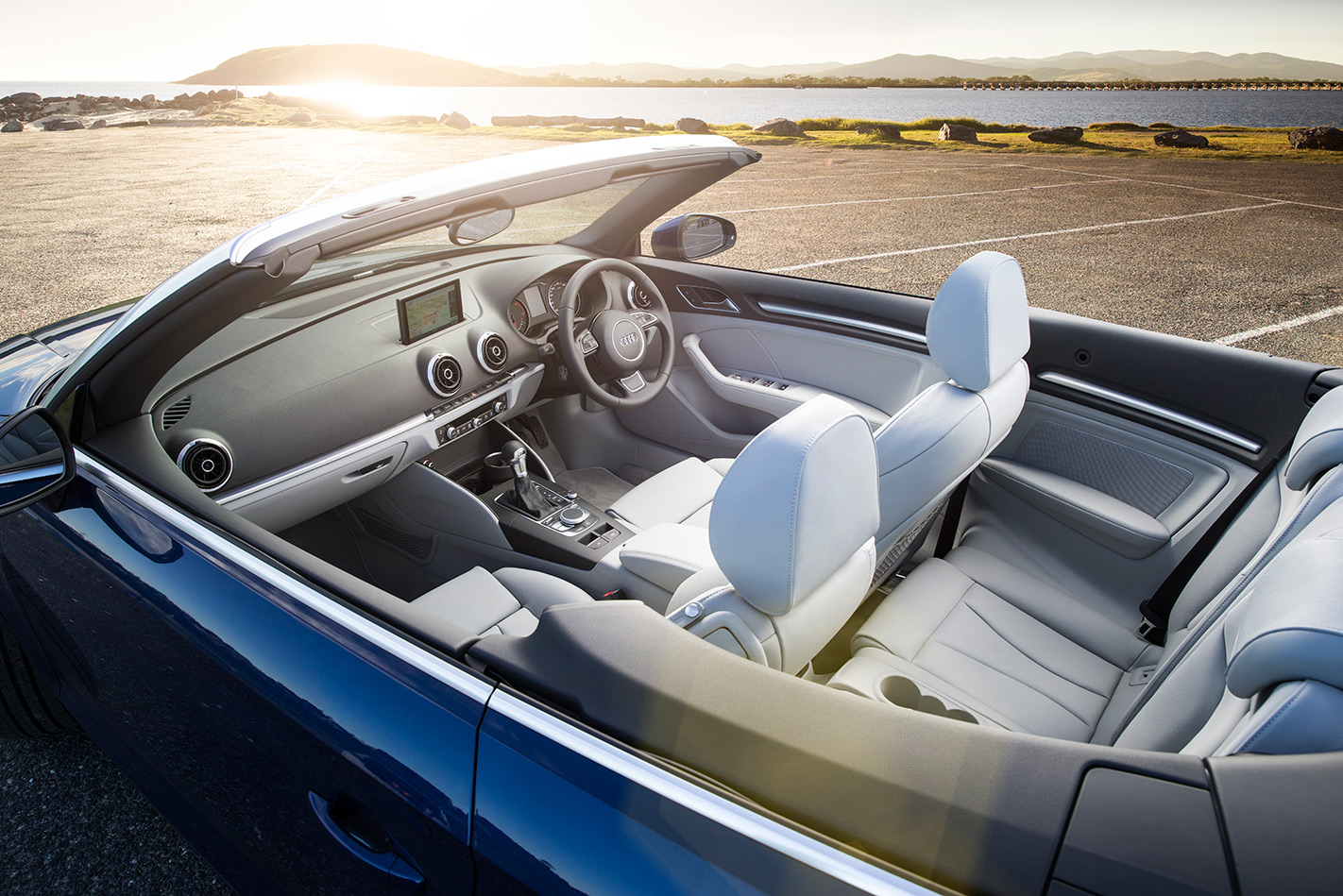 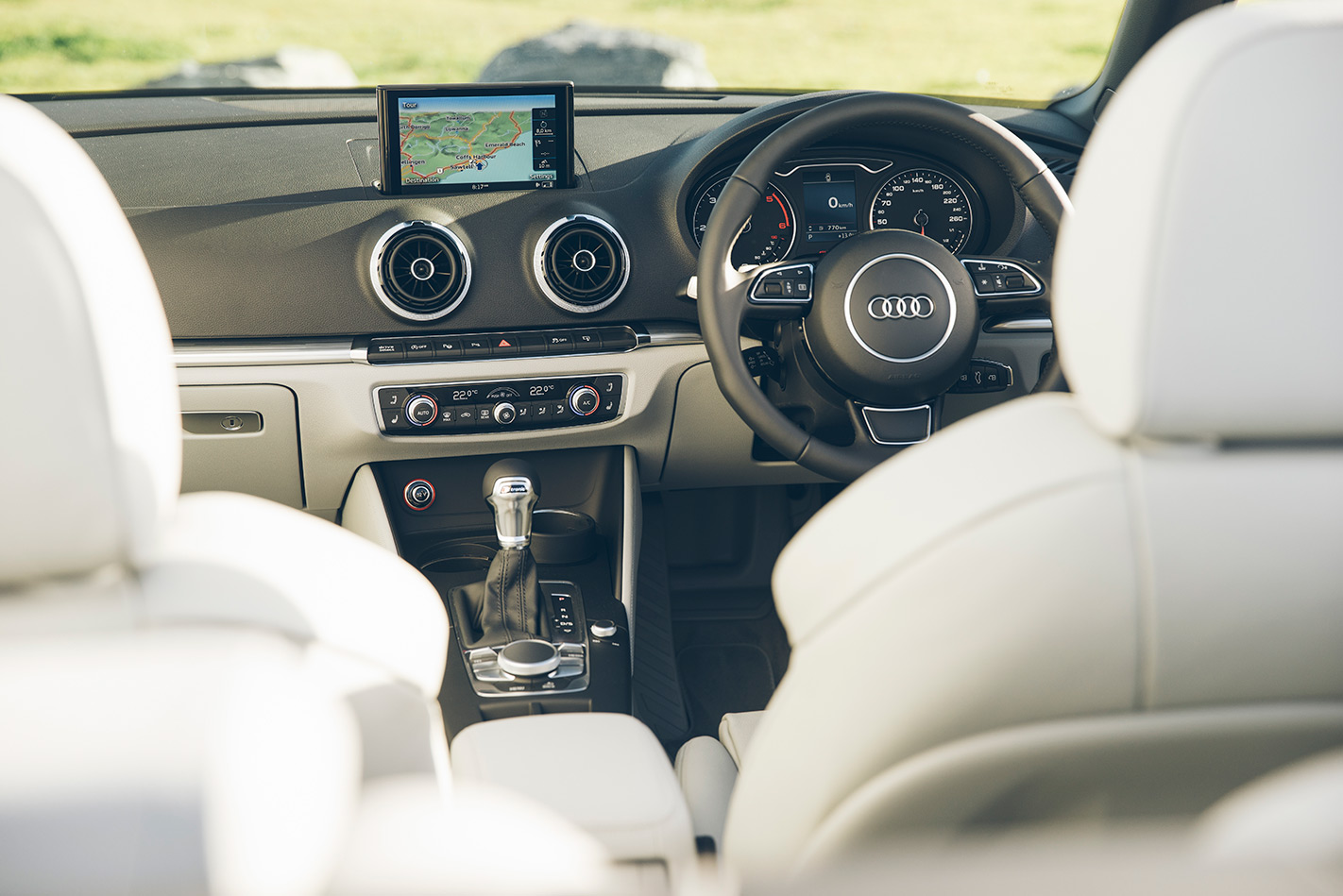 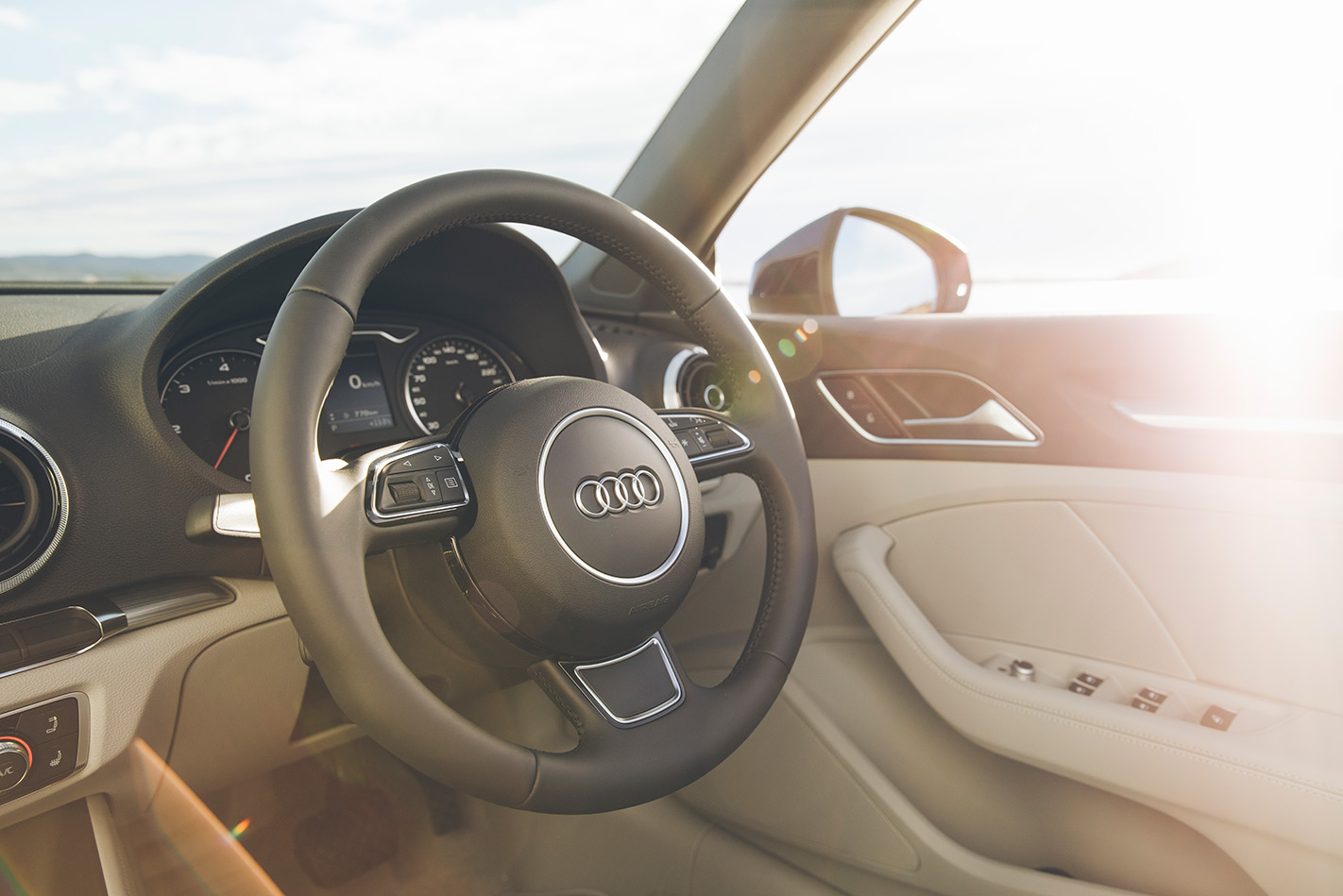 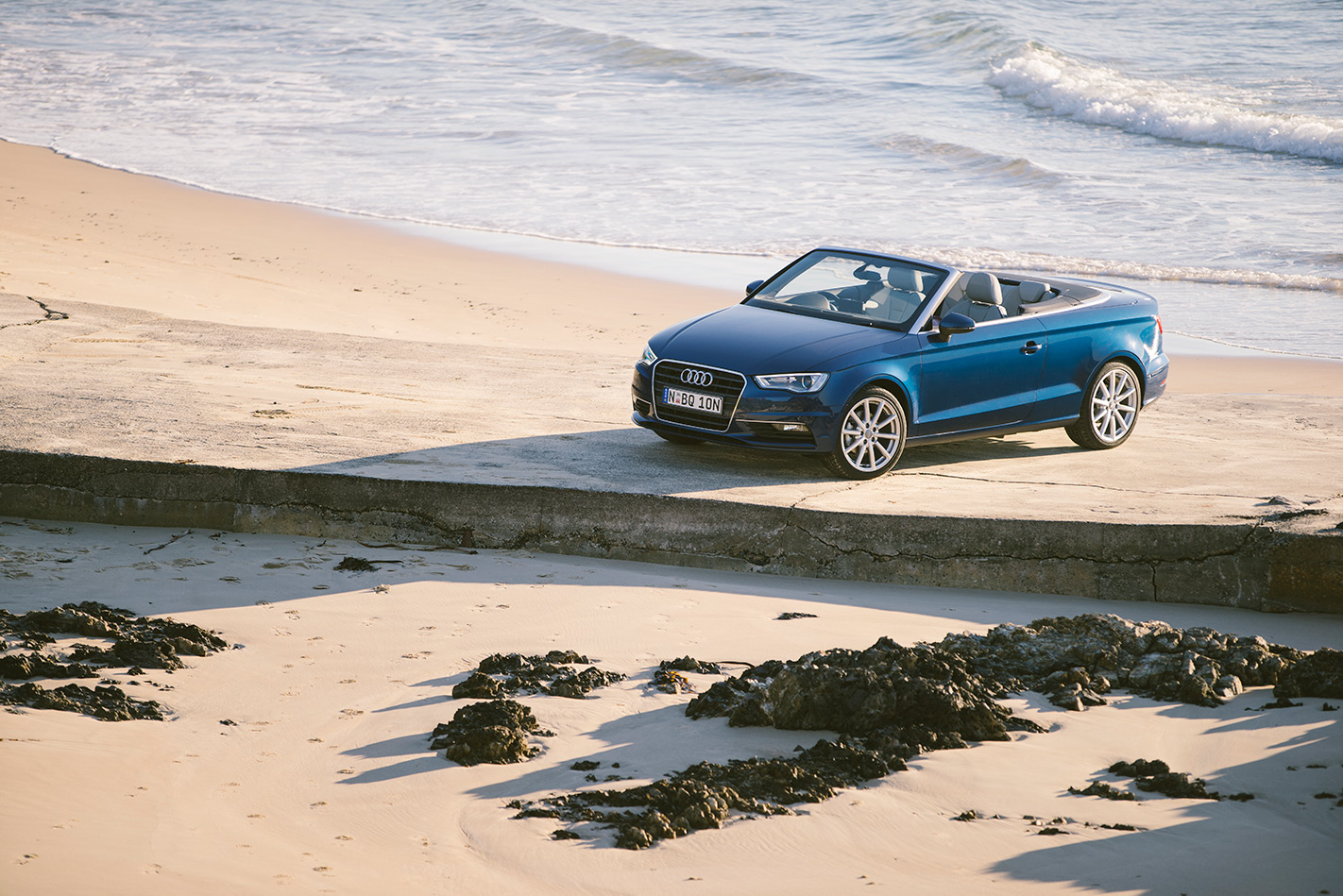 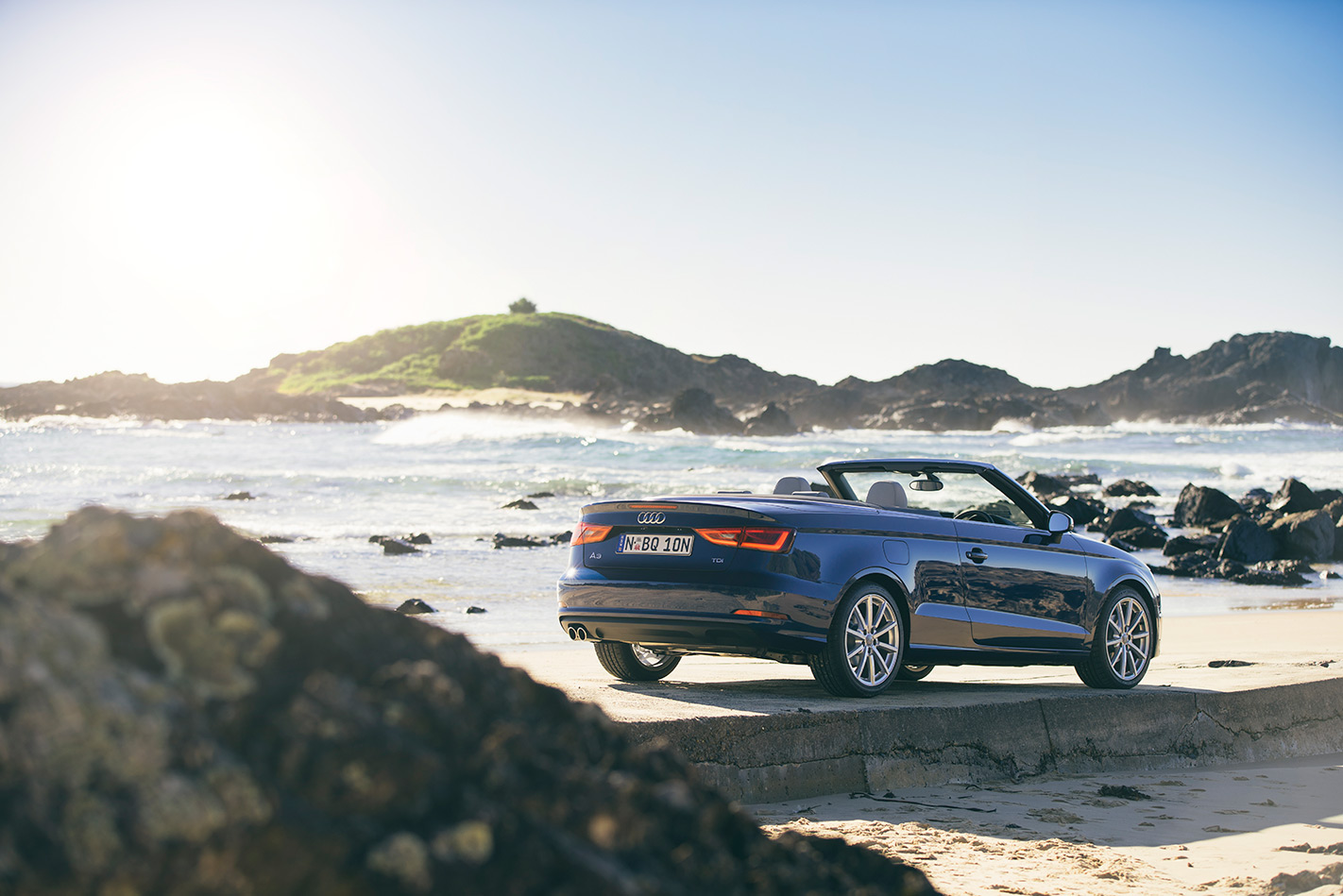