THIS is what you get when one of the world’s biggest car companies is caught with its pants down. In the shadows of the BMW i3, the Audi A3 Sportback e-tron is a petrol-electric version of the brand’s Mercedes A-class and BMW 1-series basher, and is Ingolstadt’s first production plug-in hybrid vehicle.

So what’s e-tron? A little confusing, that’s what. It doesn’t mean pure electric, even though the name was given to the electric R8 concept; in the A3’s case, it spells ‘hybrid’ and, says Audi, also that this is a performance model.

Under the bonnet is the familiar Audi 1395cc turbocharged four-cylinder petrol engine, boosted by 7kW to 110kW.

Powering the front wheels, it’s teamed with a 75kW electric motor nestled into the 6-speed S-tronic transmission and connected to an 8.8kWh lithium-ion battery pack that sits under the back seat.

Total output: a Golf GTI-rivalling 150kW to make this the most powerful A3, outgunned only by the S3.

While this is Audi’s first crack at a production PHEV, the BMW i3 is light years ahead in terms of sheer propaganda.

On the outside, it looks like any other A3 from 10 paces, but that’s also a strong point. At a glance, you’d have no idea you’re looking at a car with a 940km range – with 50km of that under electric power, twice as far as the best zero-emission effort for the plug-in Prius.

It takes a lethargic three hours and 45 minutes to charge for the full range, after which regenerative braking tips in to give the A3 a staggering fuel figure of 1.5L/100km compared to the 1.6-litre diesel A3’s 4.7L/100km.

At the wheel, the transition between the A3’s default electric mode – push start, and you’ll hear nothing as the dash lights dazzle you – and the petrol engine is super-smooth. It's impressively refined.

So is the cabin: it’s the same class-leading fit, finish and design as the regular A3, and isn’t spoiled by overt green garnish.

Other than the 100 litres the battery takes away from the boot space, the changes are minor: a power gauge replaces the rev-counter and, in the centre stack, an ‘EV Mode’ switch for full electric, auto (which picks the most appropriate power source) as well as a clever ‘Hold’ mode that allows you to use the petrol engine and save your EV range for the city.

The driving experience of the e-tron is positive. It doesn’t feel overly heavy, even if it is a staggering 325kg more than a regular 1.4-litre A3 Sportback, and there’s a solid throttle response thanks to a whopping 350Nm of torque for a claimed 0-100km/h of 7.6sec.

The ride is slightly firm over larger bumps, but the e-tron remains composed here and around swift bends, with steering that’s a little numb and brakes that don’t suffer any slow-speed hybrid woodiness.

Due here in early 2015, buyers will have to pay an estimated $60,000 for the e-tron, which could be hard to swallow, especially as the neighbours won’t notice you’ve paid a premium.

Audi tech boss Ulrich Hackenber has repeatedly said that plug-in hybrids are the way of the future, but the A3 e-tron is still a car – a good one, at that – playing catch-up with its rivals. It’s a step in the right direction, but hardly a game changer. 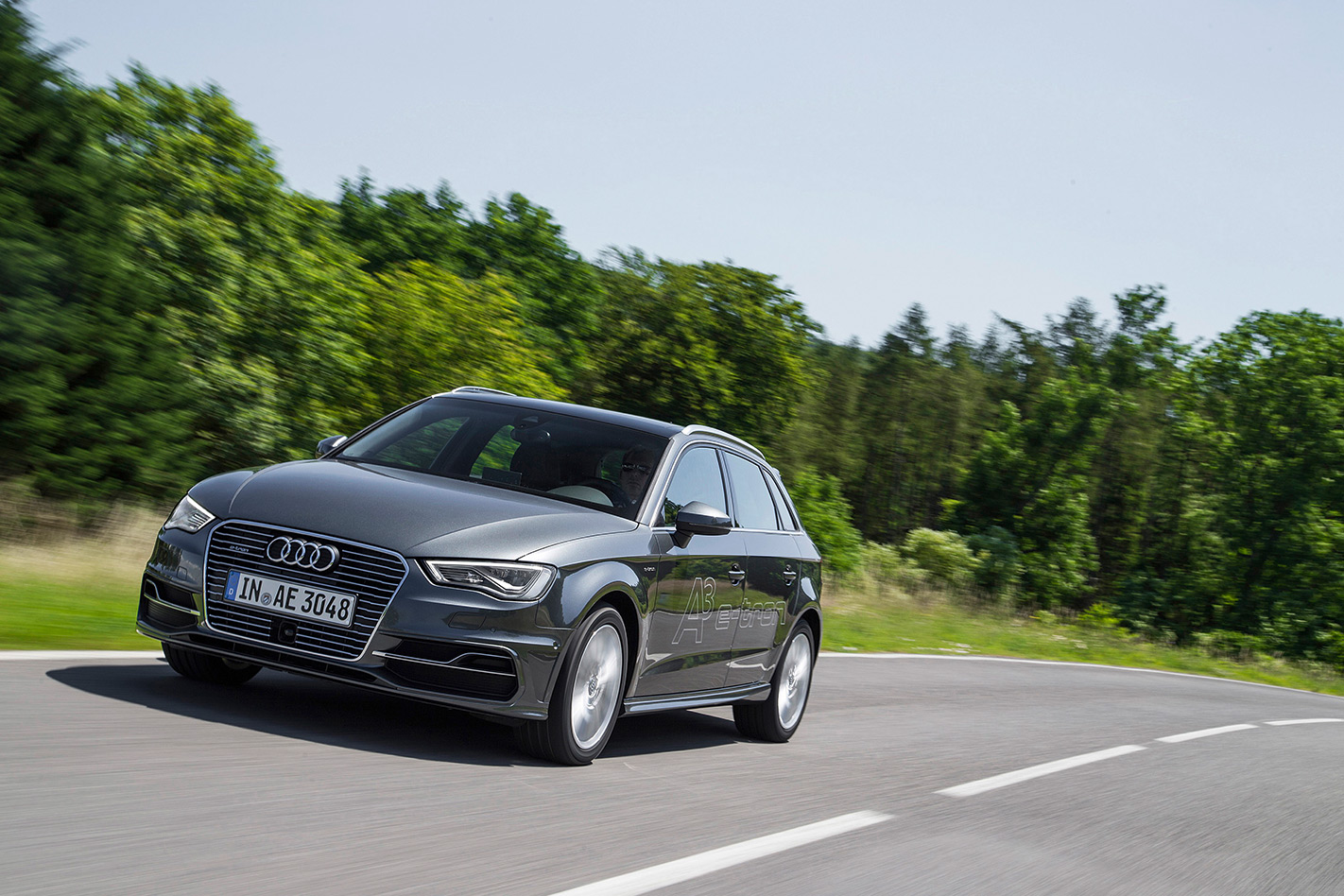 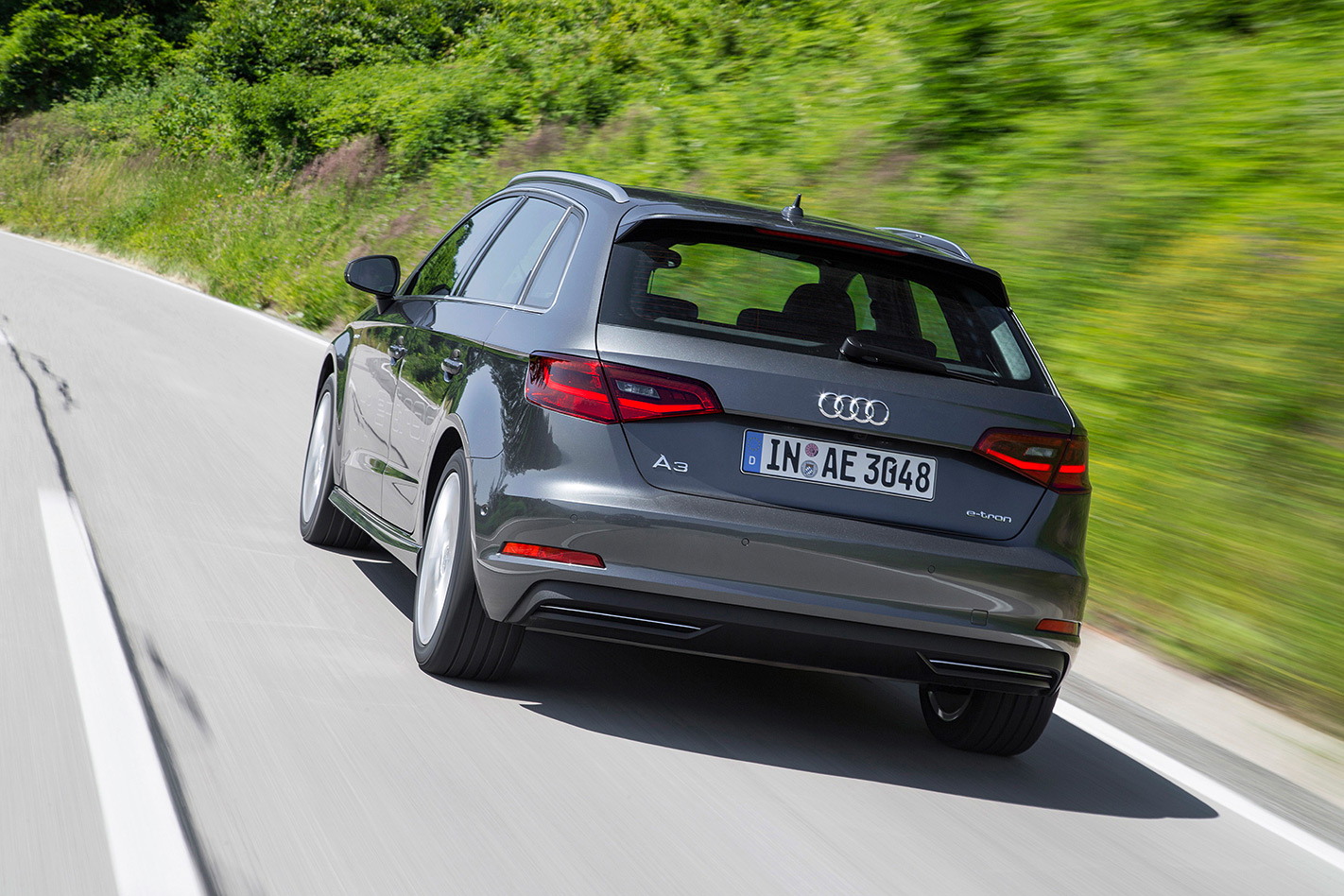 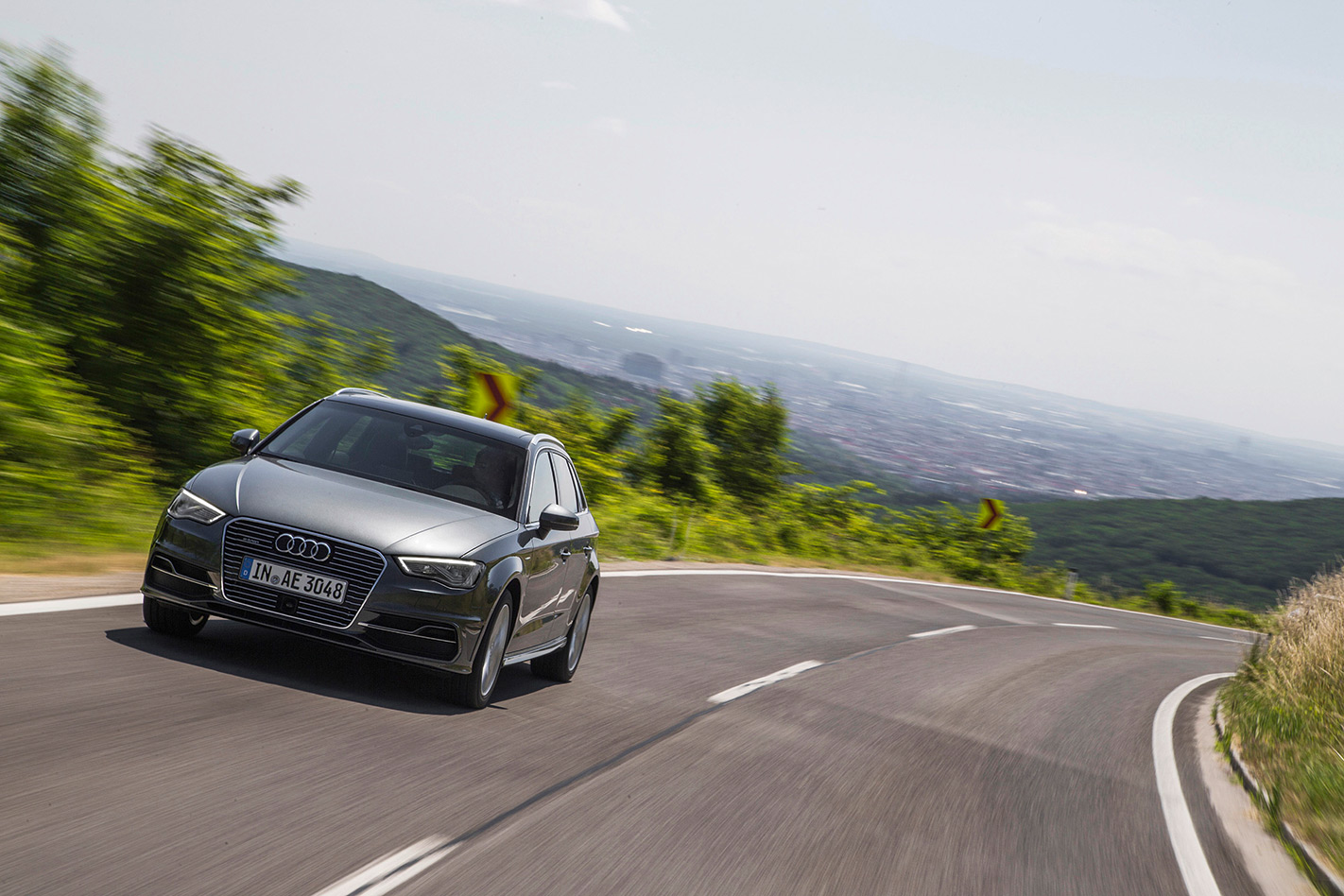 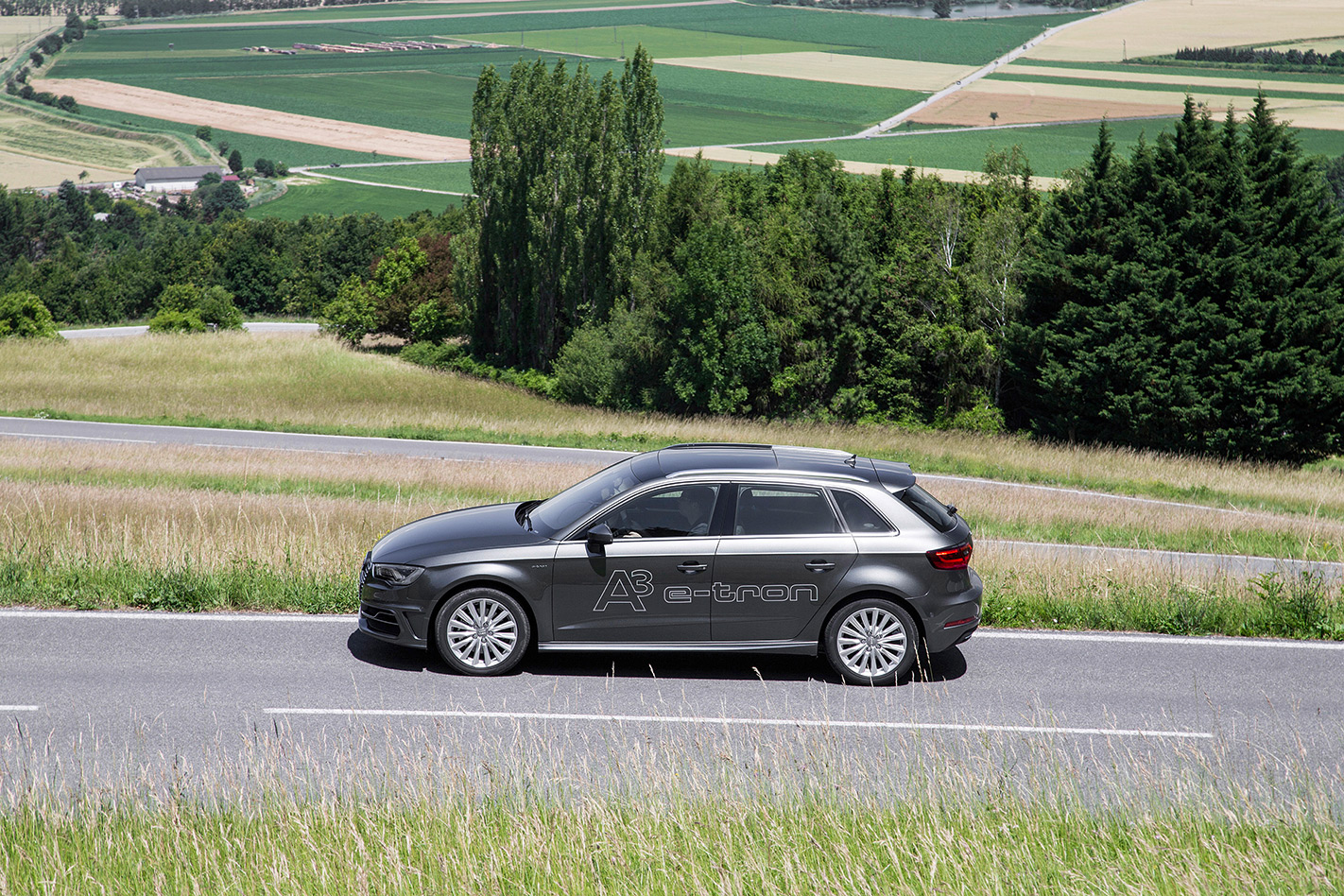 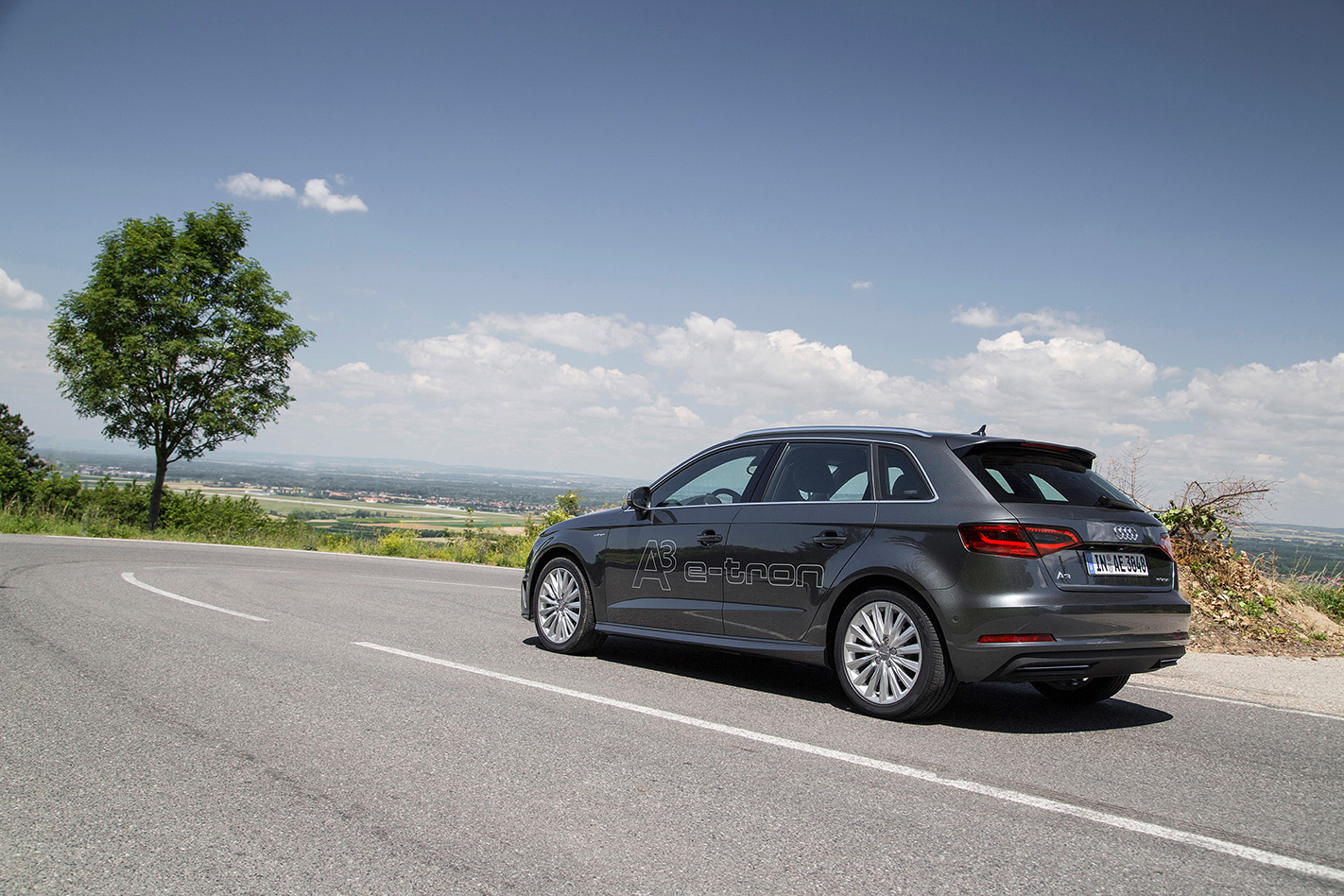 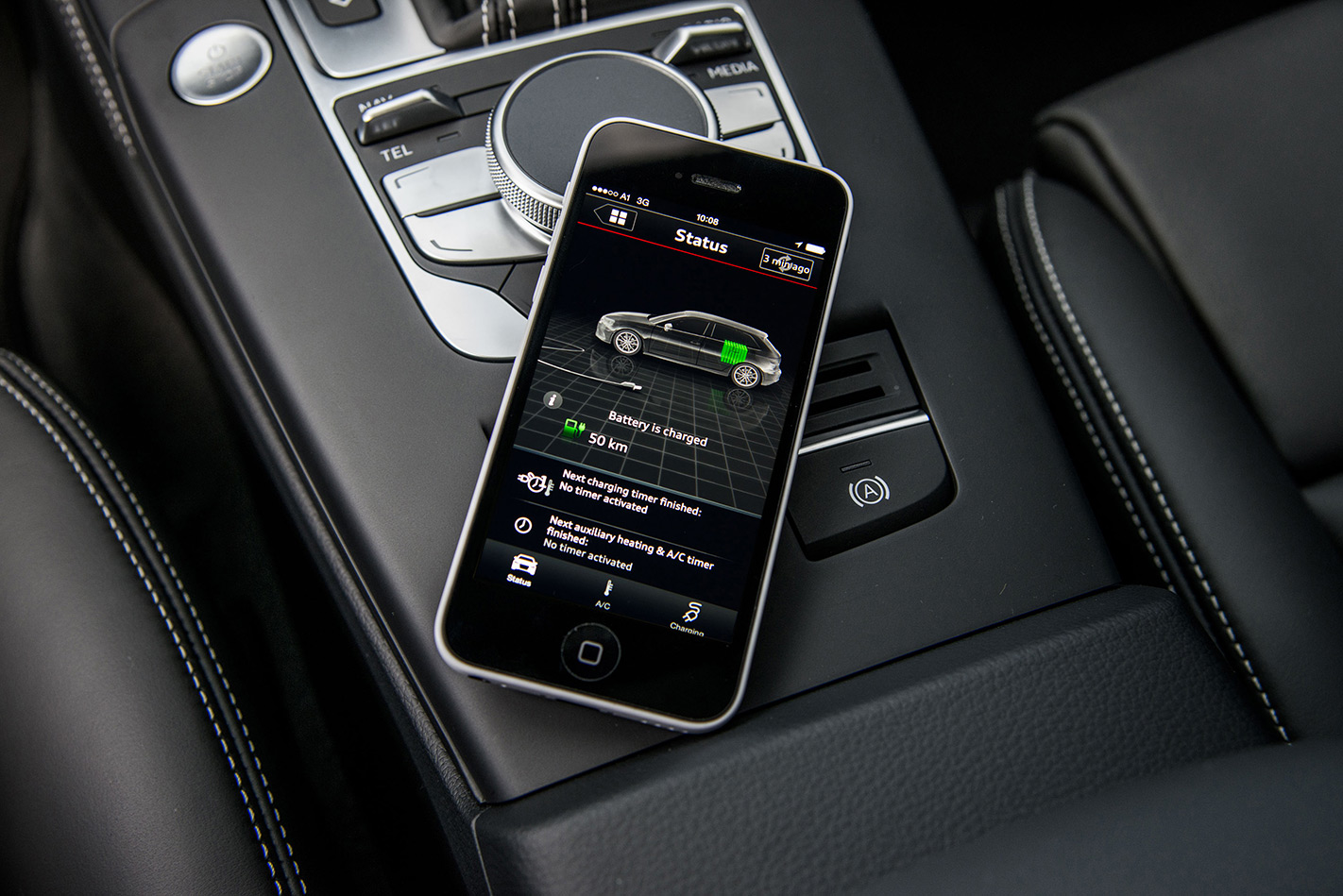 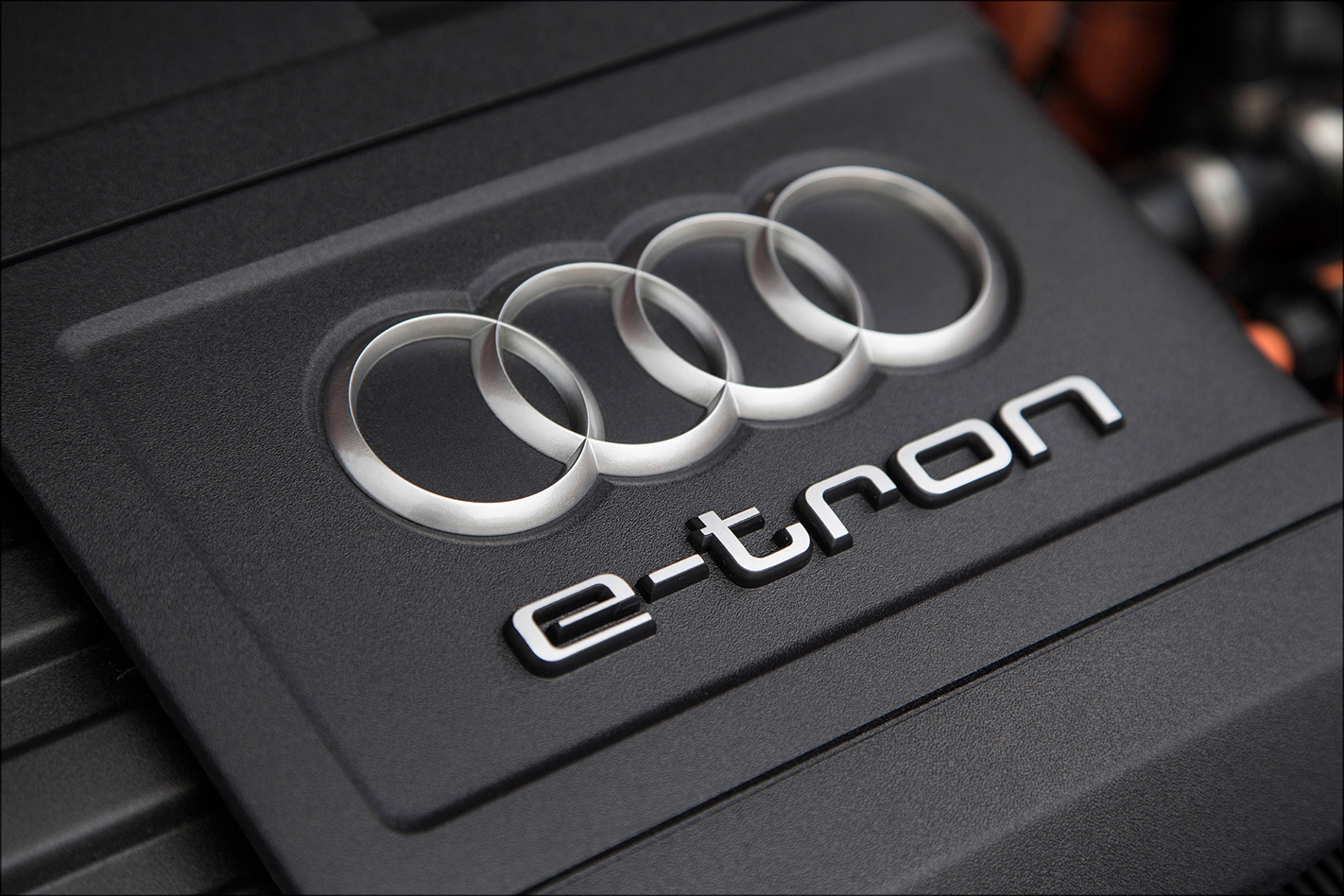