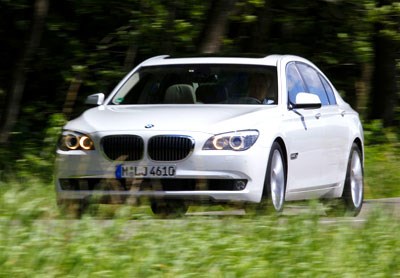 Wheelsmag's US correspondent John Lamm plays chauffer for the day in the biggest Beemer sedan.

You would expect a 7 Series BMW to have all the niceties that come with motorcars that set you back what many would consider a comfortable year's salary. Leather spread generously about, enough to create how many pairs of shoes? More sophisticated electronics than in the first moon vehicle that landed four decades ago. Unimpeachable build quality.

Ah, but what if we told you there's a version of the 7 Series that clips thorough to 100 km/h in 4.7 seconds, quick as an M5? And never loses the assumed stately air.

We've already had a look at the 4th generation 7-Series in the form of the 750Li with its twin-turbo 4.4-liter V-8. Nice piece, sculpted smoothly along its 5214-mm length, looking quite stately and proud. And its power is impressive...but apparently not enough.

> This brings us the 760Li, which swaps out the V-8 for a hand-built 6.0-liter twin-turbo 60-degree V-12. Other important tech bits include direct fuel injection, water-to-air intercooling, VANOS cam adjustment plus those most important of numbers, 400 kW at 5200 and 750 Nm of torque from 1500 to 5000. Another important figure is eight, the number of gears in the automatic transmission.
In general cruising the 760Li runs off the battery, which is then topped up via regenerative braking.

As the 760Li is a BMW, we're sure you're not surprised to read that all this is quite seamless, from the first hum at idle to watching the speedometer needle arch to the car's limited 241-kph top speed. Just as smooth is the manner in which the 760Li doesn't so much turn-in at a corner, but assume its way through. No drama. Fuel consumption for the 2280-kg 760Li in a claimed 12.9 L/100km.

There's little hint of this extra umph outside. Light modifications to the kidney grilles, unique 19-in. wheels, the V12 emblem on the side, bits of added chrome and dual-dual exhausts. You can't see it, of course, but the bonnet, roof and doors are done in aluminum.

Added spiffs inside include V12 on the doorsill panels, Nappa leather, Alcantara headliner and burled walnut trim. The back seat is a treat, with electrically adjustable sweats and loads of legroom.
Add to the list everything from active steering (in-phase, counter-phase) to Active Roll Stabilization to power window shades to self-leveling suspension to Active Blind Spot Detection. The list goes on underlining the car's equipment...

Pricey for certain, but a kick to get a rig this big to 100 so quickly...hey, want to trolling for M5s? 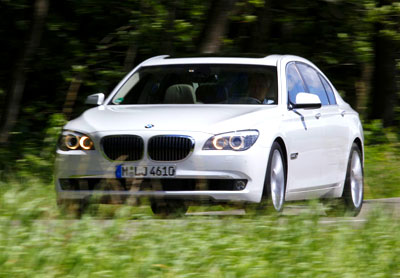 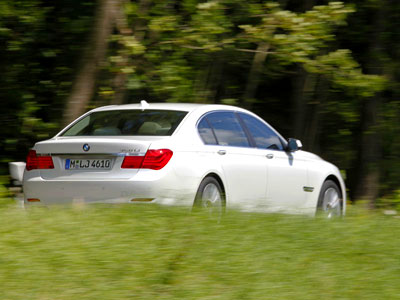 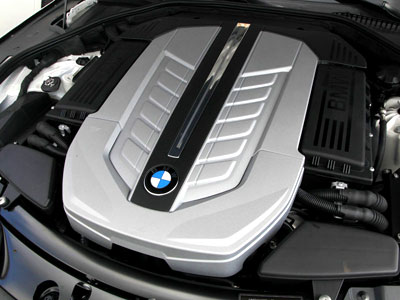 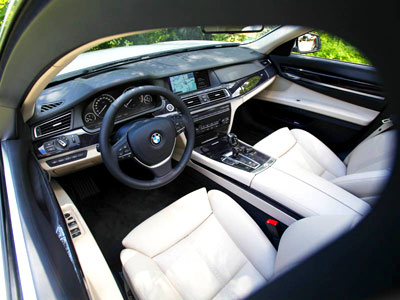